triumphant return to the land

because we weren't sure of exactly when we were going to be able to activate them, we didn't tell the bean that we'd renewed our disneyland annual passes.  i mean, come on - while she's a good girl for the most part, she's still 7.  i wasn't really all about the idea of having to hear "but mommy, when are we going to goooooo?" every hour.

and while the notion of going to disneyland on a holiday weekend sounds like insanity, i think the old lady and i were kind of just done waiting.  out of the 3 days, we decided that sunday would be the best option, and although she had to work till 1 that afternoon, we figured it would be okay since the bean didn't have school the next day and we could stay late.  plus, they just unveiled the new "paint the night" parade and a new fireworks show for their 60th anniversary, so we wanted to be there at night anyway.

while we waited for the old lady to get home, the bean and i spent our morning hanging out and relaxing.  and how grown up does she look with her hair down? 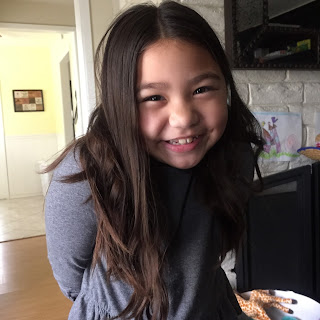 when her sister finally got home, she was more than ready to get out of the house.  we still hadn't told her what we were going to do, but she figured it out because she's a smart cookie like that.  and there's the fact that we're just not very good liars.  heh.  so we piled into the car and chattered excitedly about all the things we wanted to do all the way down to anaheim. 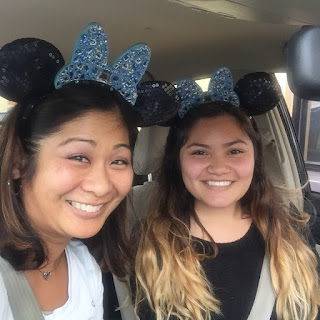 the first order of business was activating our new passes.  because disneyland decided that they're no longer going to offer the option of adding parking, the hub sprung for the premium passes for the old lady and me.  the bean got our usual deluxe-level pass, which has a handful of blockout dates throughout the year.  sunday was one of them, but when you're activating a new annual pass, you're allowed to do so on a blockout date. 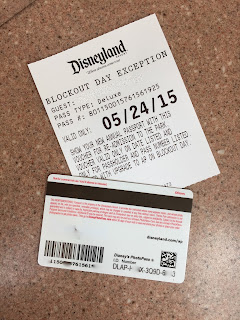 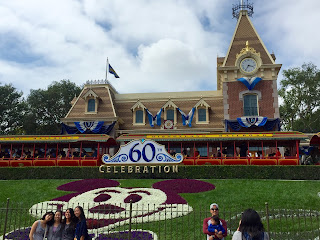 and because it's still her birthday month and these passes were part of her birthday gift, the old lady stopped and got herself her traditional birthday button.  she'd been so sad at the thought of not being able to get one this year, so this made her extra happy. 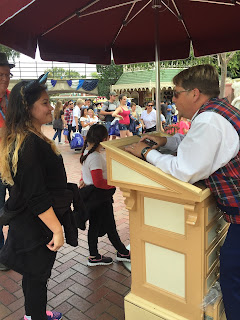 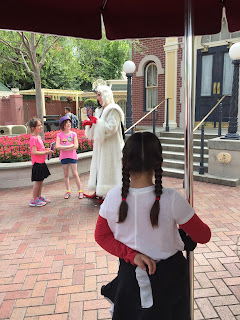 first ride of the day: 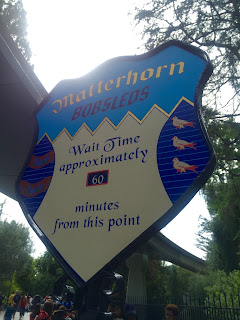 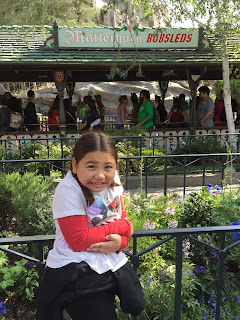 don't let that scared face (nor that wait time on the sign) fool you.  this is her most favorite ride in the whole park, and we were on it in just over half that amount of time. 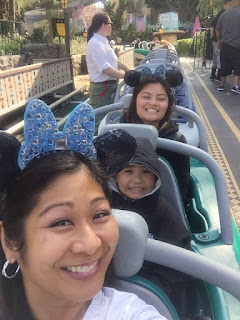 oh, yeah, and i'd busted out my runDisney cinderella shoes for the special occasion. 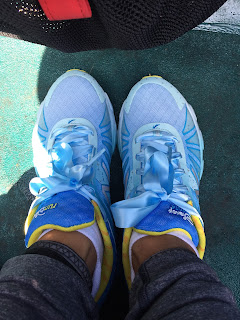 we found a fun photo op when we exited the ride, and of course we had to stop.  duh. 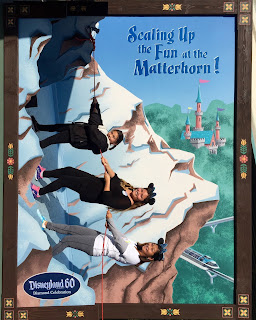 haunted mansion was next.  i think this may be my next runDisney race costume. 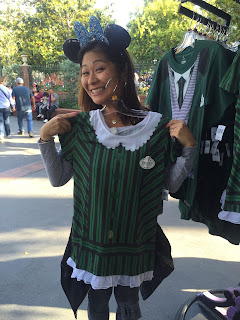 maybe for the bean, too. 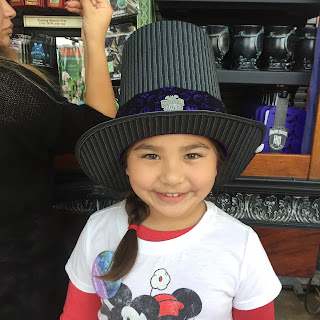 for a crowded, busy holiday weekend, we were able to get on a pretty good number of rides. 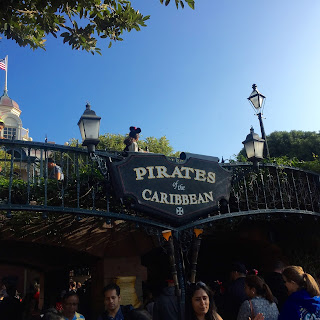 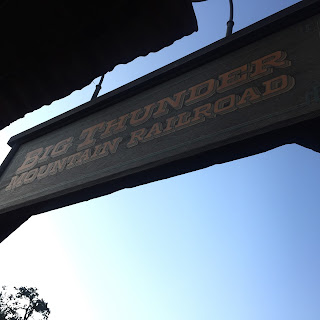 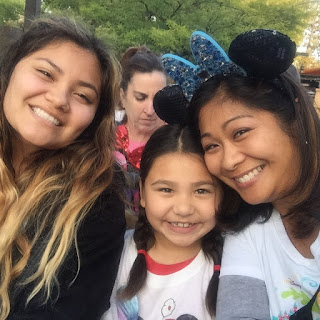 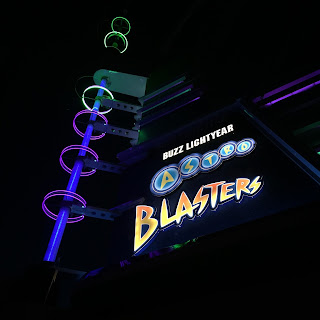 this was amusing.  they're banned from all rides and attractions because people just can't have nice things, apparently. 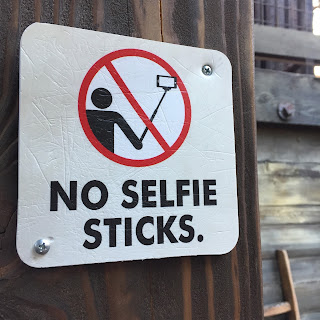 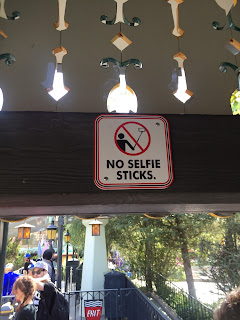 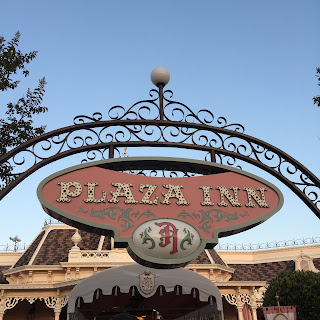 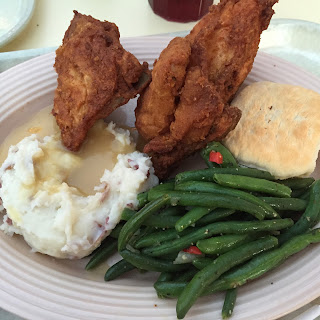 and with time to kill before our fastpass time for indiana jones, we headed over to autopia, where the bean was happy to chauffeur me around. 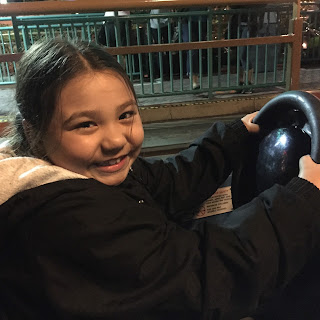 we'd timed things so that we could hopefully watch the fireworks that started at 9:30 and then slide right in and see the new parade.  unfortunately, it didn't quite work out that way.  those holiday crowds that we'd thought weren't so bad...were.  the entire main street area was so clogged with people that our only view of the new show was at the very last 5 minutes, and we didn't even get to see fireworks - just the projections they were doing onto the buildings. 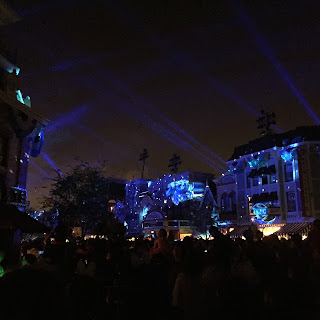 it sure looked like a great show, and we'll have to go back when it's not as insane.  although with summer coming and the plethora of folks coming in to see all of the 60th celebration brouhaha, it'll probably be packed from now till september.  and trying to make our way back up the street to find a spot for the parade?  fuhgeddaboutit.  didn't happen.  we were stuck in a crush of people and strollers that didn't move and was incredibly frustrating.  i couldn't help but wonder how the cast members would handle it if a fire broke out or something.  we'd all be dead, for real.

we finally just gave up and headed over to take the bean for her first time on the indiana jones ride. 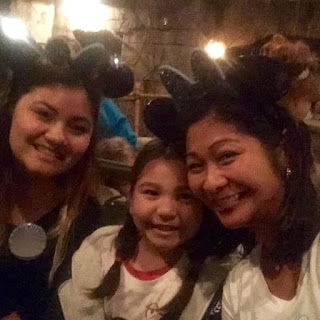 and then star tours. 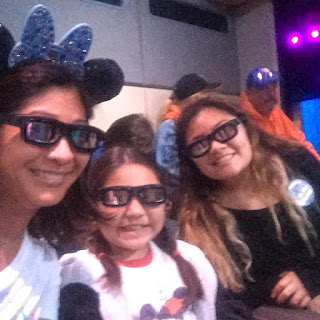 i gotta hand it to her - she rode a lot of things she'd been scared of before, and she hung in there like a trooper till midnight.  yup, we closed the joint.  and then she fell asleep standing up as we waited for the tram to take us back to the parking structure. 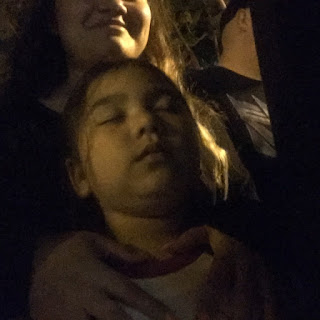