our next stop on the cruise was at disney's private island, castaway cay.  i was excited for this day not only because i've seen pictures of this place over the years and it looks fantastic, but also because there's a 5K and i really wanted to add that medal to my collection.

i know, i know, i'm crazy.  and it was insanely humid and uncomfortable, which are definitely not ideal conditions in my eyes - but come on!  a "free" (quotes because duh, it's not like we didn't pay through the nose for this cruise) race?  SIGN ME UP!

the view from our balcony that morning looked like this: 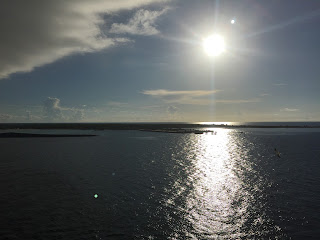 and although it was rather early (8am *is* early when you're on vacation, yes?), i managed to get smiles from my fellow racers. 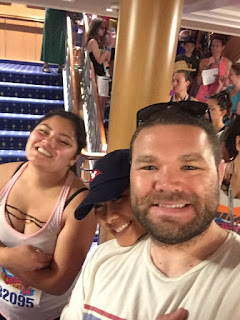 check-in for the run was up in da club.  and it was pretty crowded - i overheard that there were over 200 participants for this 5K. 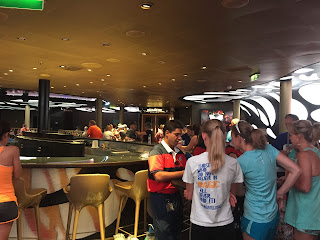 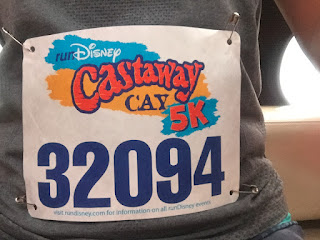 we finally disembarked and followed the cast members to the start line.  it was a pretty good distance away from the ship, but we had some very pretty scenery to check out along the way. 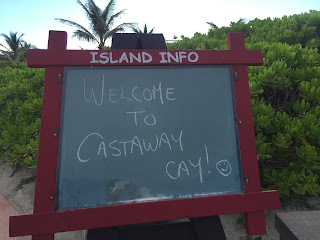 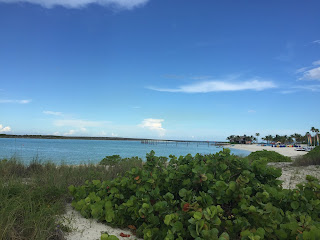 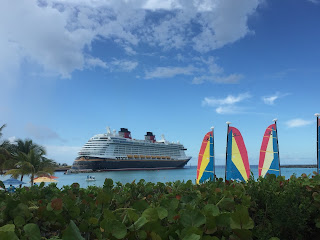 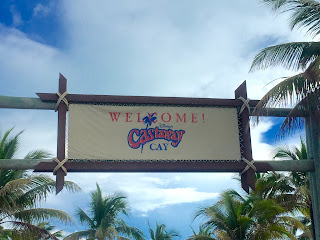 and we ran into the bean and her BFF as we were walking.  they were getting ready for a day of beachy fun and got an early start to stake out a nice spot, hopefully in the shade. 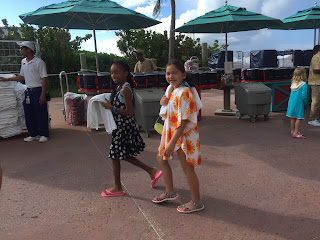 i may or may not have eyed the tram quite longingly as i was already sweaty just from the walk to the start line. 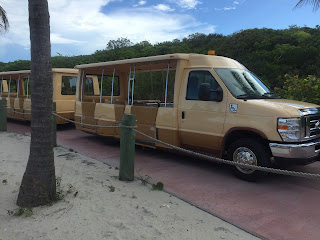 and then finally, we were there. 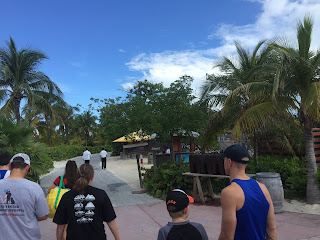 some of us were pretty happy about that: 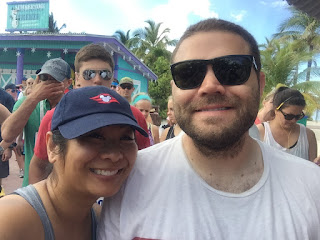 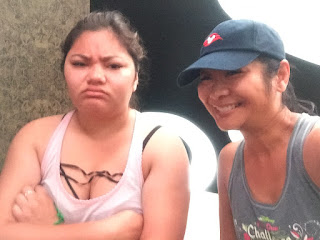 we waited for the entire group to arrive, and then for the cast members to get a head start so that they could set up the water stop.  it was a very unceremonious start, but we were finally off and running. 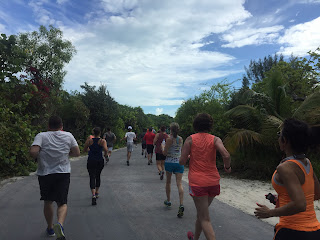 the course basically followed the bike path, through this rainforest-y maze and then out onto a straightaway before going back into the loop for the second half of the run. 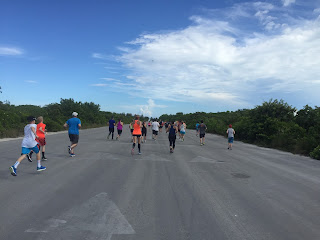 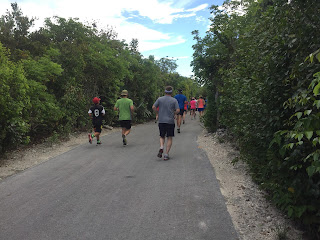 she was NOT having it for this run.  like, at all. 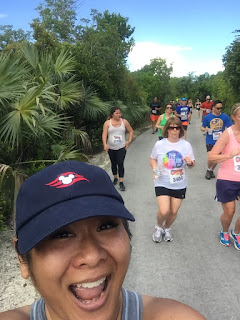 back into the maze for the second loop: 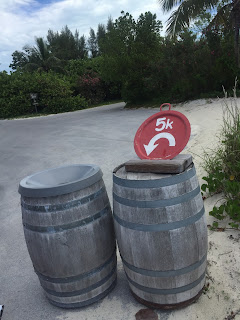 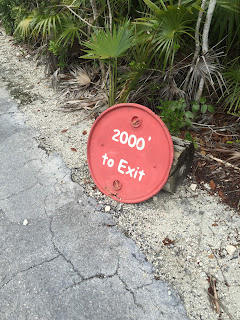 back up that long straightaway, on a slight incline.  yay. 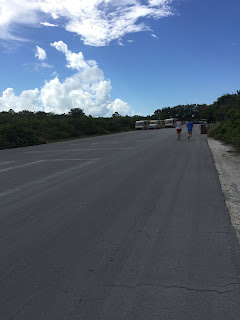 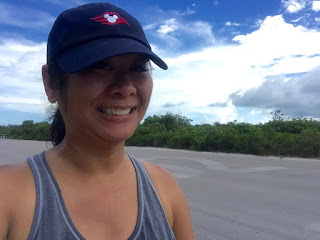 a right at the fork in the road: 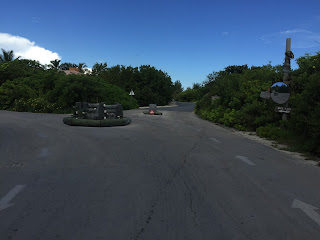 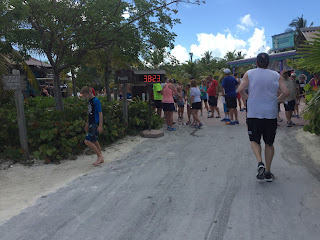 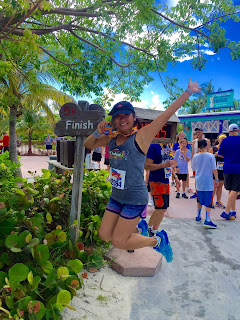 we were so gross and sticky that even though we were just going to get even more gross and sticky, we made a beeline for the ship to cool off and shower before heading back out to join the gang for lunch and beach time.  on our way there, we ran into a couple of familiar faces: 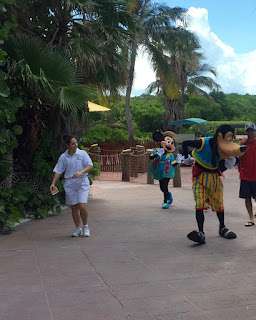 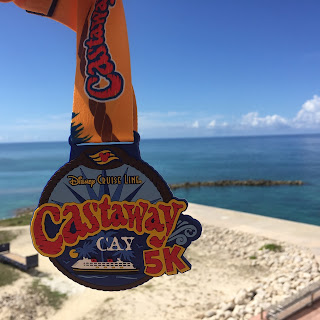 it's a rubber medallion similar to what the 5K racers get, or the kids' run participants.  but i'm good with that.  one more disney race checked off the list!
at June 14, 2016