okay, you know the disney never ends for me.  i mean, come on.  it's all disney, all the time, you know?

my friend lilcee texted me with an urgent message - "register for the AP screening of finding dory NOW!" and i hopped to it.  those events fill up with a quickness...like, usually within about 5 minutes of when they post the invitation and link.  it took me a couple of minutes to find the link, and then to dig out our annual passes to register our account numbers, but i heaved a big sigh when i hit "send" and saw that we were in.  phew!  i swear, these disney events are always so stressful.  ha!

also, it didn't matter that we already had plans with our girl scout troop to see the movie together a week later.  because after all, we'd been looking forward to seeing this flick for ages...for some of us, it'd been 13 years since "finding nemo" came out back in 2003.  and an annual passholder screening is always fun, because it's before the movie is released to the general public and there's usually some sort of freebie at the end.  disney + free just isn't something you pass up.

when the day arrived, i somehow managed to forget to grab my phone when we were getting out of the car.  didn't really matter since they took all electronics away (including my watch, which was really weird but was explained with "you know there are cameras the size of a pinhead? we can't take that chance") before we entered the theater.  they have you place your items into a paper bag, staple it shut with a two-part ticket attached, and give you half to use as a claim ticket at the end of the movie.  so i don't have a ton of pictures to share, although i suppose pictures inside a movie theater aren't the best anyway.

and as you probably know by now, the movie is fantastic.  it's cute and funny and sweet, and don't forget to sit out the entire end credits to see a fun bonus scene.  it's just as good as the original movie, and for me sometimes sequels are even better because you already know the characters (and they know each other).

the screening took place at the AMC theater in downtown disney. 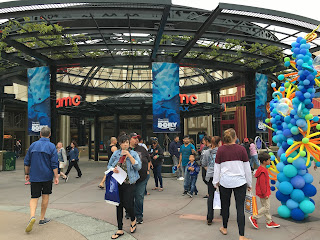 we hadn't realized that it was "speak like a whale day" - but i thought it was kind of odd that they would have chosen that day instead of the actual release day for the movie.  right?  whatever.  in any case, there was lots of activity right outside the theater, with a dance party happening at the stage and tons of colorful decorations. 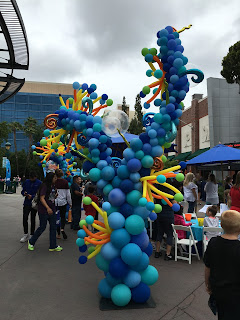 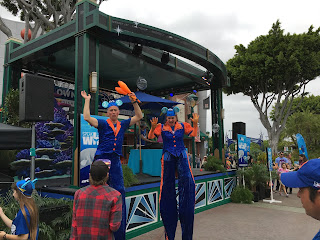 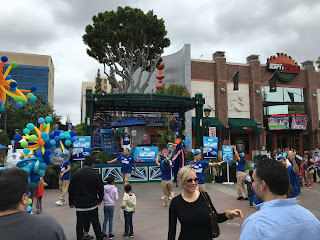 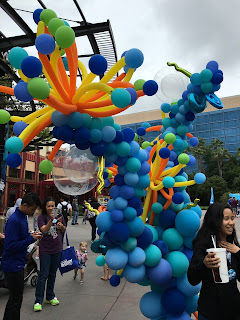 just in case you didn't want to be seen on camera: 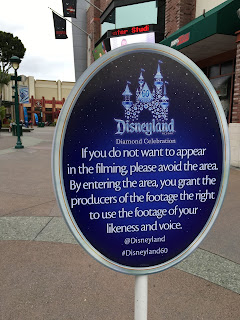 there were coloring pages for the kids featuring all of the characters in the movie. 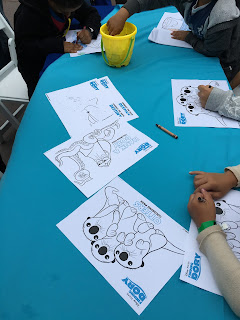 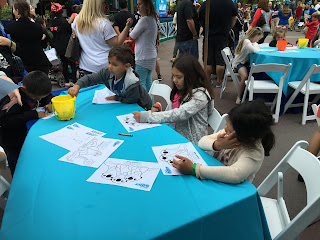 and of course, fun photo ops. 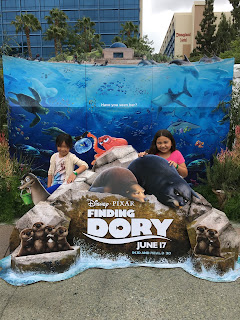 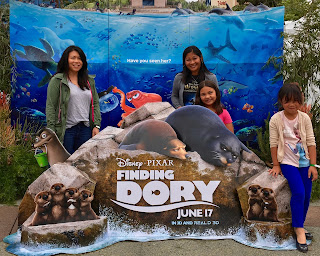 lilcee noticed a growing line off to the side, and while the girls colored i went over to see what it was and joined the line.  turns out that it was another photo op, with a free print.  sure, why not? 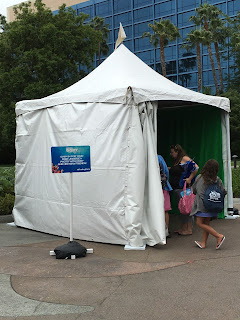 as i stood there, i had a great view of the entertainers who would emerge from the disneyland hotel area and join the party. 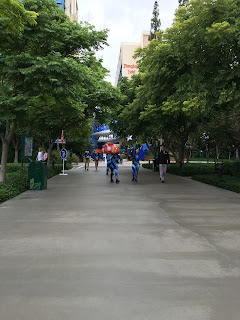 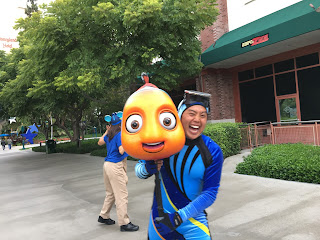 oh, and this was our freebie.  nothing was actually in it, but that's okay.  it's a pretty decent cloth bag that'll come in handy for all sorts of things. 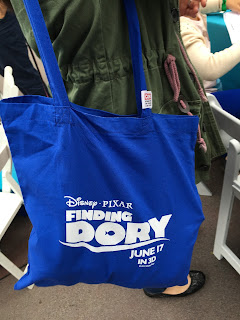 we got both a printed copy of our photos and a digital version sent via email. 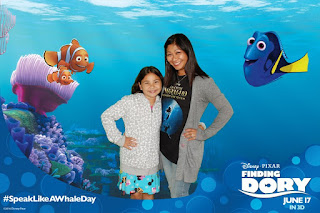 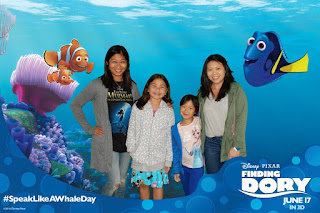 it was a fun day, especially since we hadn't hung out with lilcee and mini cee in quite a while.  can't wait to see what sort of shenanigans we get up to next.  there's always something, after all.
at June 24, 2016

Email ThisBlogThis!Share to TwitterShare to FacebookShare to Pinterest
Labels: freebie fun, friends make everything better, going to the movies