the bean has been doing annual dance recitals now for about four years or so.  that's crazy, huh?  and while her skills have improved as the years go by - i love watching her tap and do the hula - her disdain for makeup and ballet buns makes those few days of dress rehearsals and final shows kind of painful.  she's perfectly fine with me doing her hair in braids and ponytails and things like that for everyday wear, but when it comes to pulling it straight back into a bun, it's a struggle.  and makeup?  oh man...it's a rough time for all of us (this includes the old lady, who's usually the one who takes over because my cosmetology abilities are pretty limited).  this is what she thinks of makeup: 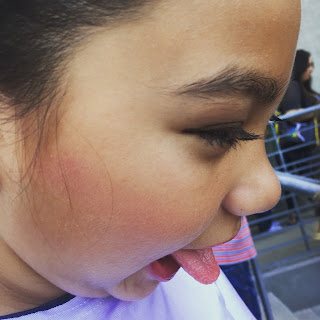 but she still really enjoys going to dance classes.  she likes her instructors and has made friends and it's a familiar environment for her, and despite the hair/makeup issue, she really digs being onstage.  so what i proposed for her was to take the summer off (since she's got other things that'll conflict in her schedule anyway), return to class in the fall, and just opt out of the recital.  and this seemed to make her happy, so that's the plan.

her tap class chose the imperial march from star wars this year for their routine.  i'd gotten to watch them do a few run-throughs, and i was pretty impressed with it.  they had an older girl come in to play darth vader, while the girls in the class were stormtroopers.  check out the costume: 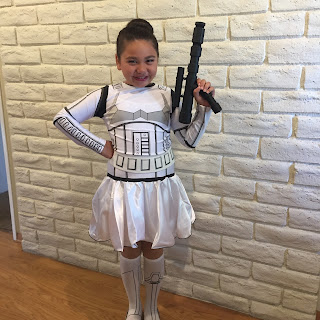 it was the first dance in the recital line-up, so she was dressed and ready when we dropped her off before showtime. 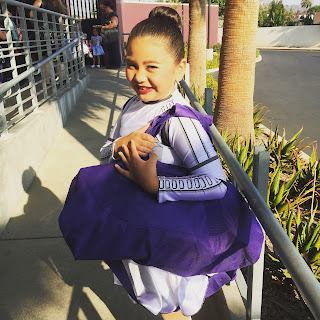 only because i'd seen them practice during class did i know which of those masked stormtroopers was mine.  she's third from the left: 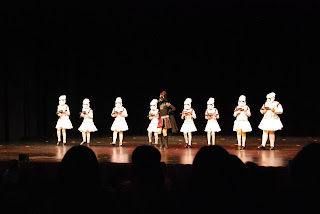 i'd been a little worried because she'd missed a couple of crucial classes towards the end of the season - one while the ILs were in town and another during our disney extravaganza.  but of course, she rocked it and didn't miss a single step.  it was really fun to watch.

my friend rocky, who'd signed up to volunteer backstage, managed to catch our girls in their costumes between dances. 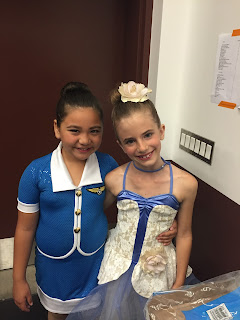 her routine with her jazz class was one called "jet set," and i really loved the flight attendant costumes they wore.  so cute (ignore the missing buttons that kept popping off)! 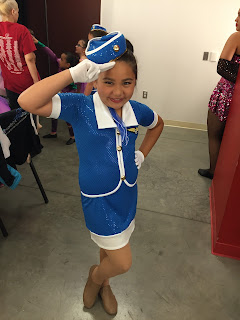 this, too, went off without a hitch. 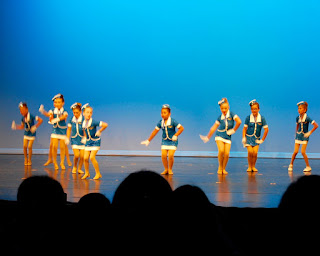 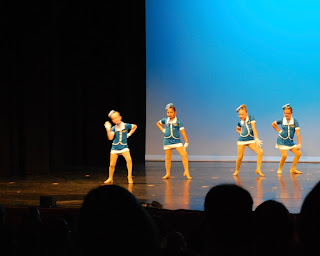 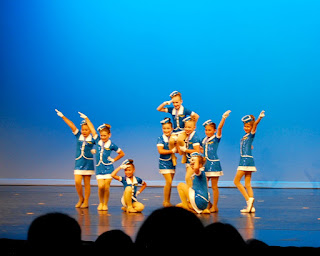 it was the usual mad scramble to find her in the cluster of kids and parents afterwards, and the hub and the old lady headed out ahead to grab some dinner for us all to eat at home.  and so i didn't get to take any fun photos with her, but i remembered to take at least one: 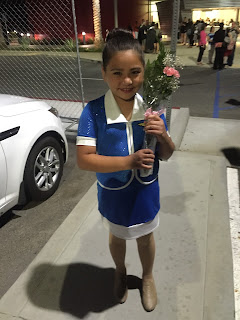 her sister and i had gone to target earlier to pick out something fun to surprise her with at the end of the show.  she'd been drooling over this shopkins sushi-themed doll (so weird), and we were excited to give it to her.  we waited till after dinner was over, and her reaction was pretty comical. 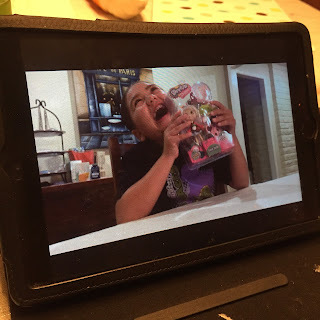 she immediately busted out the iPad to film an unboxing video, with some assistance from the old lady: 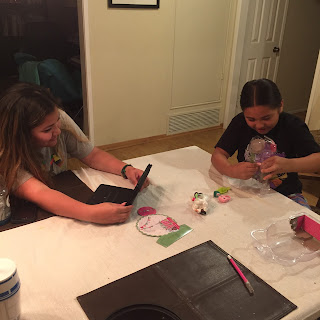 i think she eventually said it was all worth the pain and suffering from the hair and makeup ordeal.  sheesh.
at June 28, 2016

Email ThisBlogThis!Share to TwitterShare to FacebookShare to Pinterest
Labels: dance recital, shopkins are weird, the bean is a dancer