so in my quest to become the one-stop shop for all things crafty, i followed my co-leader's lead and ordered myself a heat press machine.  this thing has variable heat and is so much better, faster and more reliable than using a conventional iron to apply vinyl and rhinestone iron-ons onto tees and sweatshirts and things like that.

of course, like the coverstitch machine, i didn't have time to bust it out as soon as it arrived.  although i found myself needing it to make family tees for pirate night on our upcoming disney cruise and so i finally took it out and plugged it in. 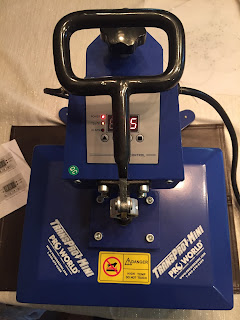 i'd used my die-cutting machine to create my appliqués - this was going on the backs of our shirts: 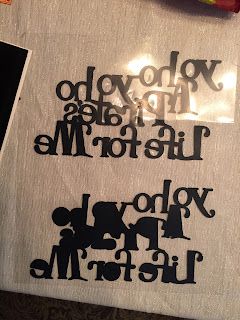 and then i made a rhinestone template for the front of the shirts for me, the bean and the old lady: 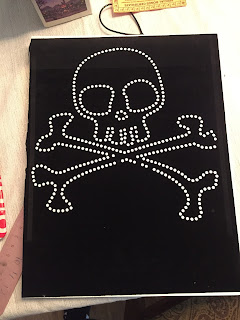 i spent a little time working on placing those rhinestones in the little holes, but i managed to finish pretty quickly and had three of them all ready to go in no time with help from the old lady. 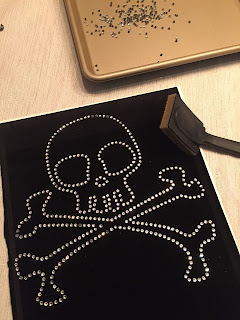 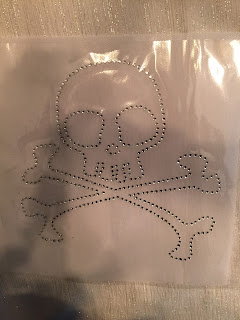 but i needed to do a test run with the press first.  so i dug out an old shirt of the bean's and cut out a quick vinyl transfer to put on it. 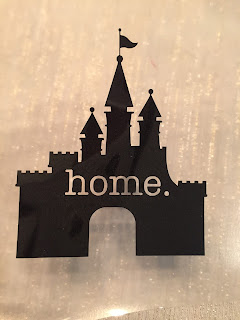 it took a bit of time for the press to heat up to the recommended 325 degrees.  next time i'll turn it on while i'm still working on the transfers. 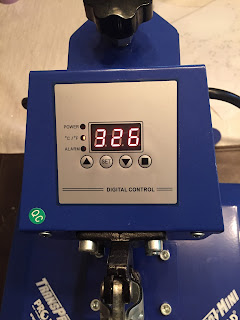 i placed the transfer onto the shirt, centered it on the plate, covered it with another shirt and lowered the press.  the buttons weren't quite working the way the instructions said they should, but it seemed to be at the right temperature.  one of the buttons was supposed to start the preset timer, but for some reason it wasn't doing its thing.  not to mention, i noticed that the black plastic knob at the top was broken.  both not necessarily dealbreakers, and the machine worked fine otherwise, but i wasn't pleased to have received what appeared to be a dud.  i have an e-mail in to the company now and e'll see what happens next.

anyway, my first attempt at the heat press was a success: 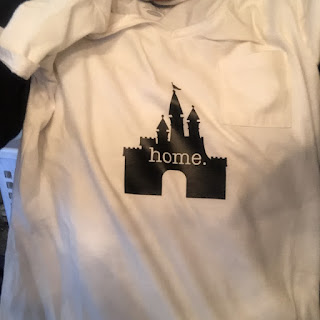 so i moved on and worked on the bean's shirt.  i followed the same steps as before and lowered the press. 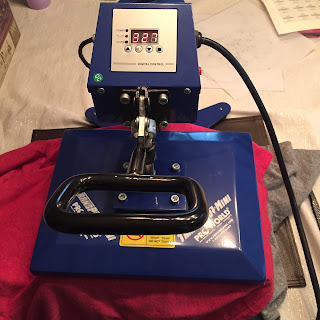 i was pretty happy to see that it turned out perfectly, both front and back: 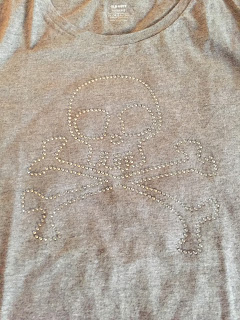 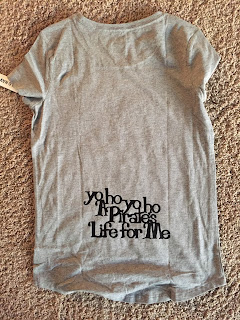 oh yeah.  now i want to press ALL THE THINGS.