to kick off thanksgiving day, i'd talked the old lady into coming with me to a 7:30 orangetheory class.  she wasn't super excited about it, but she sucked it up and we managed to get through it, brutal as it was.  i was extra super duper sweaty, thanks to the endless rowing we'd been required to do during the partner workout.  and i'd busted out my traditional thanksgiving tee for the occasion.  it got a chuckle from a couple of my fellow classmates. 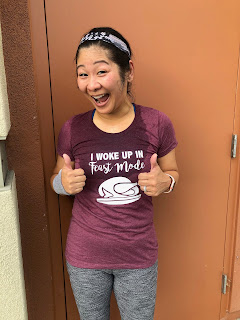 after a quick stop at the grocery store for some last minute essentials, we headed off to marie calllender's to pick up the pies i'd preordered a couple of weeks ago.  unlike previous years, there was no line out the door but they were super organized about thanksgiving day pickups, which i appreciated. 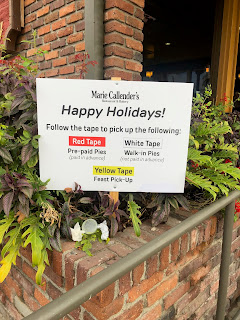 as soon as i got home, i got started on cooking.  to be honest, i didn't really have a game plan other than a list of menu items i had in my head that we've had in thanksgivings past.  and i realized that i couldn't remember what i'd done with last year's turkey because we'd gone out to bouchon last year.  so i totally winged it.  i preheated the oven, got that turkey out of the packaging, pulled out all the gross stuff (posting the process on my instagram stories along the way because duh), and mulled over a few possibilities in my head before finally settling on what to do.  i pulled the skin away from the turkey, rubbed some butter in there, threw another couple of sticks into the cavity along with a couple of halved lemons, sprinkled the top with sea salt and pepper, and draped a pound of bacon over the top. 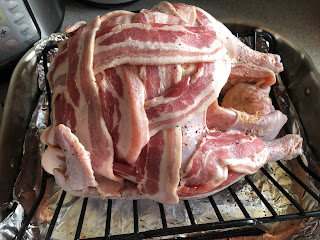 while we got the rest of the house ready and waited for the turkey to cook, i prepped the sides and put together some appetizers.  here's an oldie but goodie - baked brie topped with brown sugar and sliced almonds.  this was a huge hit with the hub, who'd decided to take a cheat day from his keto diet and eat all the carbs and sugar he could stomach for 24 hours. 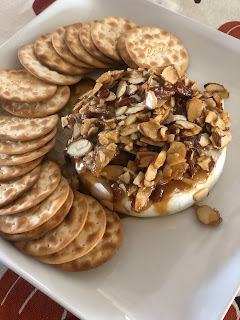 of course, there was a charcuterie tray.  who doesn't love a good meat and cheese plate (besides vegetarians, heh). 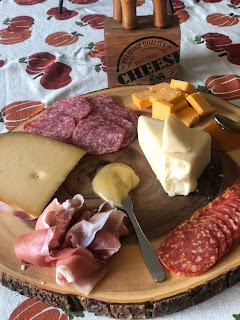 and the turkey came out of the oven, golden and beautiful and smelling fantastic. 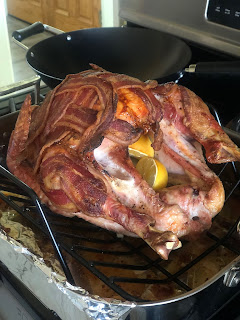 my parents arrived, bringing some delicious appetizers that we happily dug into. 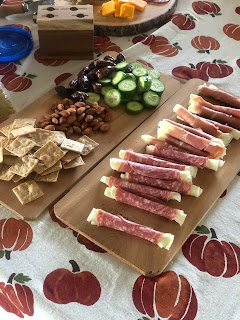 as he carved the turkey (which turned out not to be completely done in the center, because my stupid meat thermometer is apparently a piece of crap and failed me miserably), the hub became both dogs' best friend. 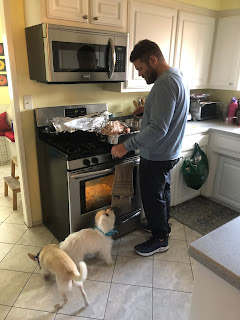 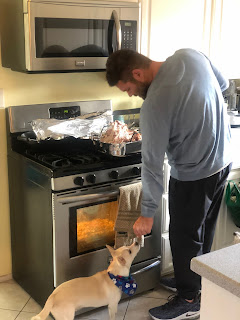 once everything was done and everyone had made their plates, i finally got a chance to put some food on a plate and sit down with my family.  the old lady made me a watermelon mimosa, and it was delicious. 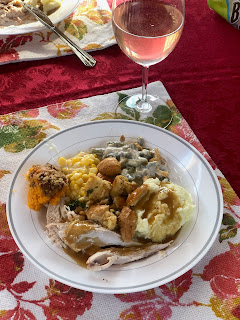 the bean was a little restless after she'd cleaned her plate and hopped up to clean the pool.  such a weirdo. 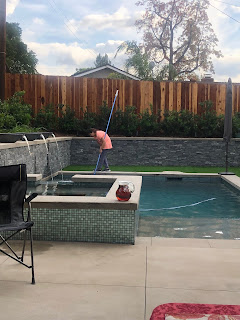 and then before the old lady and her special friend left to spend some of the holiday with her dad, we gathered to take some group pictures. 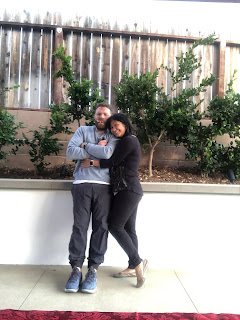 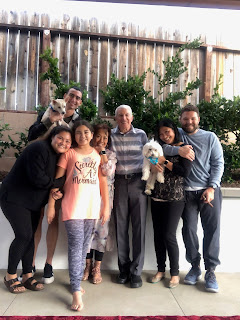 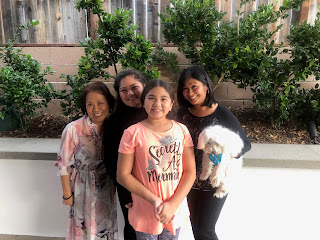 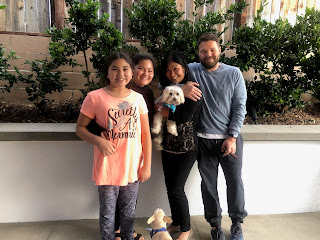 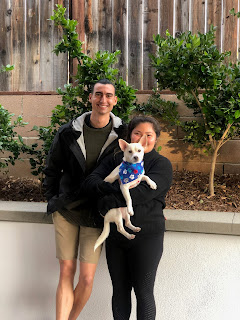 and some silly selfies, too. 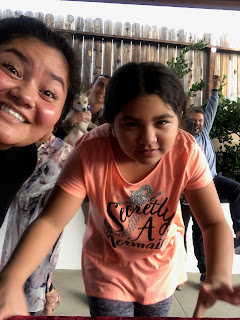 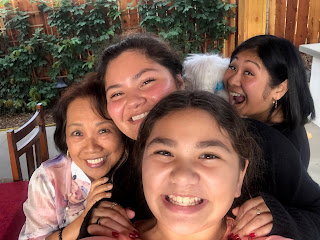 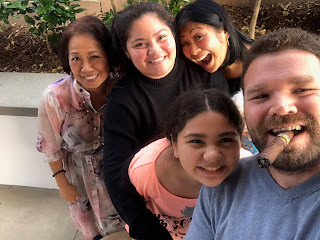 i had about 3 of these and i was a happy camper. 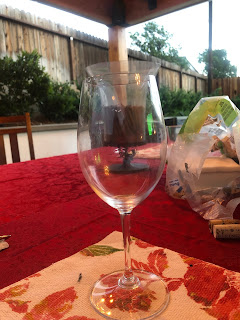 the hub shooed me out of the kitchen while i was cleaning up and tucked me in on the couch with a fluffy blanket and a "friends" marathon on tv.  and it was the brad pitt episode to boot. 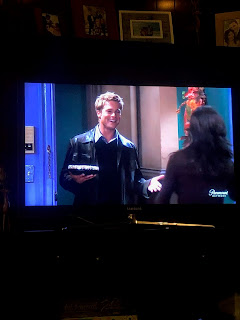 Email ThisBlogThis!Share to TwitterShare to FacebookShare to Pinterest
Labels: giving thanks, thanksgiving