so while brother wan was at home in oklahoma enjoying a visit from his best friend, sister wan flew out with MIL for a wedding, a visit with friends and family and a shower for the baby they're expecting in february.  talk about packing a lot of fun into one short week.

the shower was out in yucaipa at her sister's new house.  it took us a while to get there, and when we arrived most of the guests were already inside, mingling and chatting.  i got to wear this: 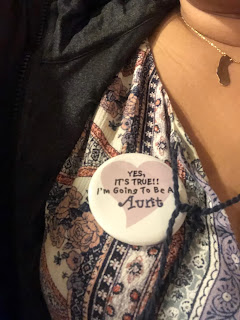 and then we got to slice ourselves a nice serving of these giant burritos. 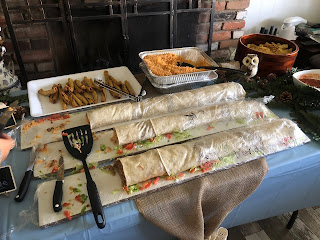 the decorations were super cute, and the dessert table looked really good: 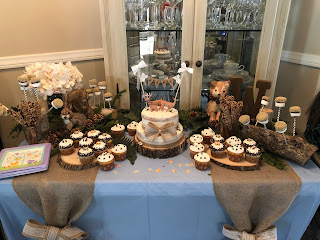 like, look at how cute this cake is!  since the bean's party i've been kind of obsessed with the notion of sharpening my own decorating skills, but it's hard to practice doing big ass cakes when no one at home is a huge cake fan.  so i just settle for admiring other people's work whenever i get the chance, like this: 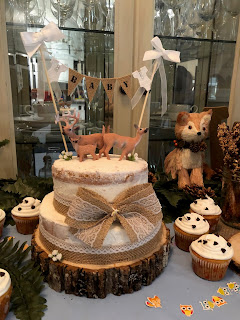 we played a couple of games, and they were good ones - none of that lame ass "measure the mom's belly" or "guess what's in the diaper."  these were simple, but lots of fun.  each guest received these items: 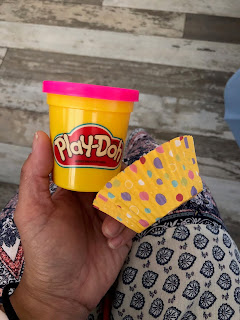 and our mission was to create a baby out of that play-doh in about five minutes' time.  the bean was already thrilled to be included in the shower, so i knew she was going to be extra excited to participate in a game that she was going to excel at.  in fact, she OWNED that game.  she said "i bet it would be easiest to have the baby wrapped upon a blanket," which was genius and i kicked myself for not thinking of it first.  heh.  that only child syndrome never goes away, even when you're playing a game with your kid.  anyway, look at how cute her entry was: 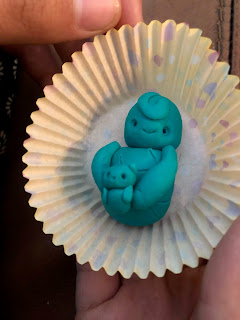 mine was...much less so.  but hey - it was good enough that it was the one chosen by one of the kids to take home as a party favor.  "that little girl took your baby," my SIL said.  "kidnapper!" mumbled the old lady. 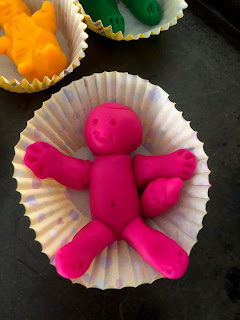 and she was super stoked when her creation was selected by the mommy-to-be as the winner. 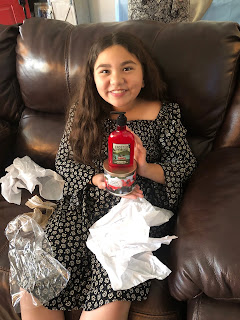 the second game was a simple one - you had to guess the nursery rhyme from the string of emojis on each line.  it'd been a long time since i thought about nursery rhymes, so i didn't do too well, but it was fun anyway. 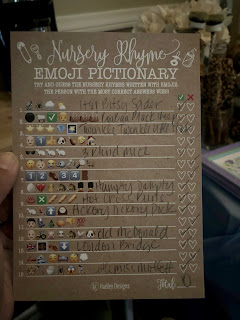 while the guest of honor opened presents, the bean continued to sculpt things with the leftover play-doh.  she created this and presented it to me proudly: 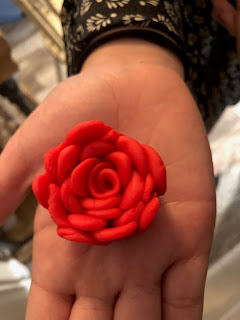 we hit up that dessert bar before the party broke up.  look at this cute cupcake: 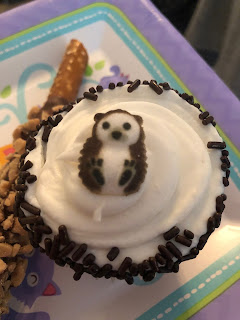 and it was stuffed.  with cookie dough.  the old lady loved it. 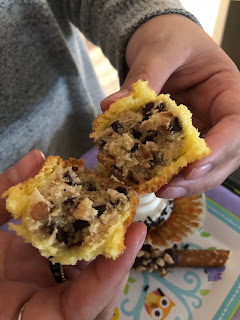 i was happy to munch on a dipped s'mores marshmallow and a toffee-crusted pretzel rod. 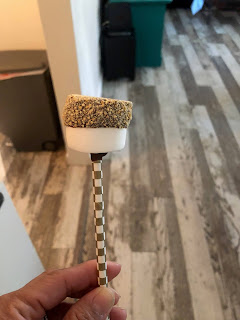 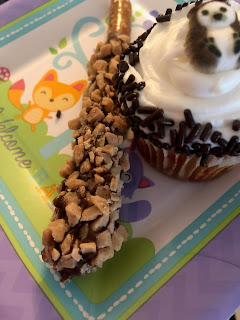 after we said our goodbyes, we drove about ten minutes away to oak glen, where there are apple orchards currently open for business with all kinds of goodies.  we decided to stop at snow-line orchards, because yelp told me they offered fresh hot apple cider donuts.  sold! 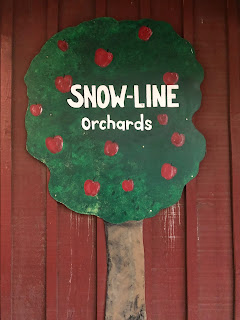 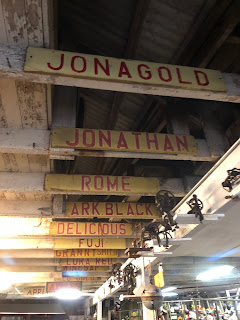 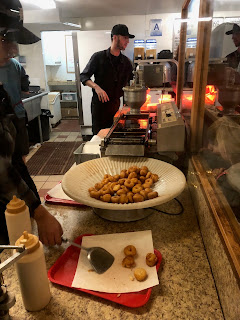 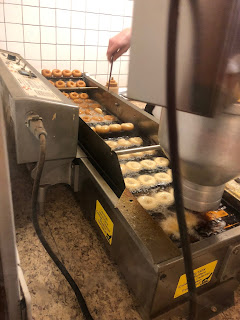 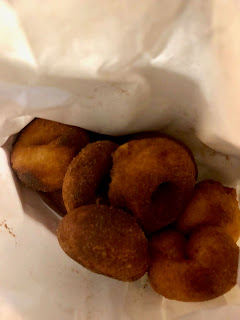 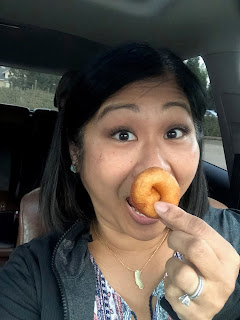 it was a fun little side trip to cap off our day, and now we wait until february for little wyatt steven to be born.  the timing is perfect, because cheer season ends right around that time, and so hopefully we'll get to fly out for a quick visit on a long weekend.
at November 15, 2018