heading out on black friday

i'm really not a black friday shopper.  not that i haven't been out on that day after thanksgiving to do sone christmas shopping before, it's just not really a *thing* for me.  i see all the news reports about the crowds and lines and fights, and that's just not how i want to spend my day.  not to mention, so many of the great deals are available online without having to deal with driving and parking and - well, you get it.

but when lilcee hit me up to join her for an early black friday jaunt out to the americana to do some lululemon shopping, i was intrigued.  and not even just for myself, since the old lady and her special friend AND the hub also like their stuff.  and i mean...maybe i might find a piece or two for myself.  maybe.

i'd had a few mimosas during thanksgiving, so i passed out pretty hard that night.  but not before i set my alarm to roll out of bed and get over to lilcee's house by 5:30.  we hopped into her car and made the quick trip to glendale, where we found that the lululemon store had relocated to another spot in the mall and only had a few people standing in line.  then again, it was really early still: 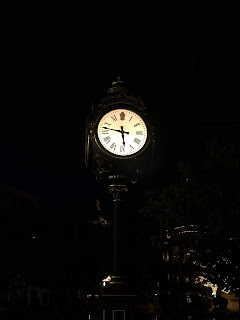 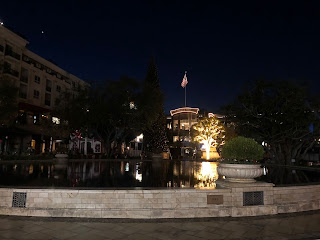 anthropologie was next to us, with a sizable crowd standing in front of it waiting for it to open.  when someone came along and told them that the store wasn't opening for a couple of hours most of them left, and somehow the people in line in front of us at lululemon got the idea that there were no deals to be had and they left too.  this left us almost at the very front of the line. 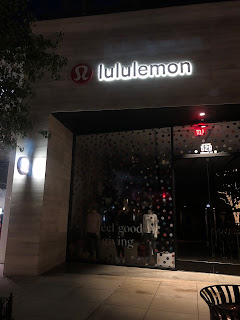 not too long after that, a store employee came along to greet us and tell us that they were going to be handing out wristbands at 6:30.  the store would open at 8, and the wristbands would have our time to return written on them.  they were spaced out in 15-minute intervals and 50 people would be allowed in at once.  by the time 6:30 rolled around there were quite a few people standing in line behind us, and we happily accepted our wristbands and headed off to find some caffeine. 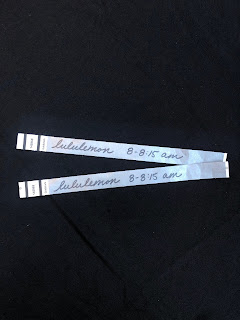 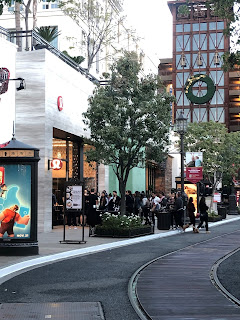 we did some shopping the BOGO 50% off sale at urban outfitters, grabbed something to drink at coffee bean, peeked into the window at sur la table, and then made our way back to lululemon.  there was a pretty long line to get in, but since our wristbands were for the first available time we walked right in.  all of the black friday deals were on racks in the back of the store, and then a little past the fitting rooms we found another little room crammed with merchandise and people. 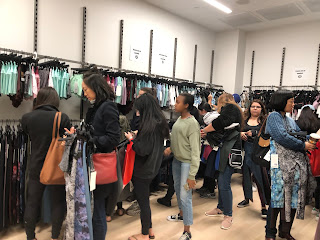 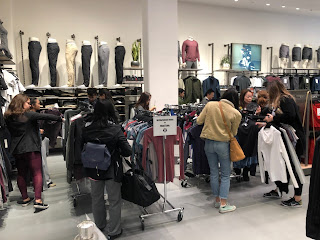 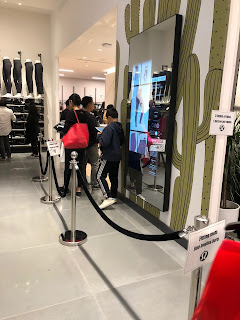 the mirror is really cool, doubling as a touchscreen inventory checker. 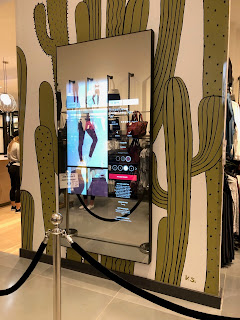 we scooped up stuff in the sizes we were searching for before huddling into a corner to go through it all and weed out the items that we didn't really love. since markdown items are final sale, lilcee decided to wait for a fitting room to try her pieces on and make sure she liked them and found herself sweating it out through a super stressful try-on session.  each customer was only allowed to bring in 5 items at a time with a maximum of 10 minutes in the room.  yikes.

while the deals weren't really THAT great, they were still better than paying full price.  and i managed to find a good number of items that'll make great gifts for my people (including me, duh).  i don't know if i'd do it again since most of the stuff was also available on the website, but there's a lot to be said for instant gratification.  but it was fun to spend the morning with lilcee, and after we said our goodbyes i even managed to get back home in time to take a barre class.

Email ThisBlogThis!Share to TwitterShare to FacebookShare to Pinterest
Labels: black friday shopping, it's beginning to look a lot like christmas