the endless halloween season is finally over

why did this year's halloween season feel like it lasted about six months long??  sheesh.

i managed to score a prize at barre for trotting out my old lakers getup again...and by "score" i really mean i won by default because i was the only person who came in any sort of costume who didn't either work or own the studio for the class i attended.  heh. 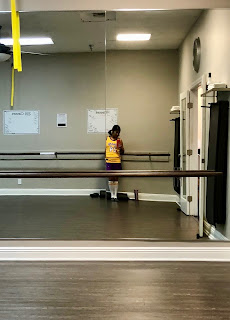 having a whole rainbow of sparkle athletic skirts and a plethora of minnie/mickey ears at the ready means we always have an easy costume available that's cute and can still be worn during exercise.  the bean wore this to cheer practice on tuesday: 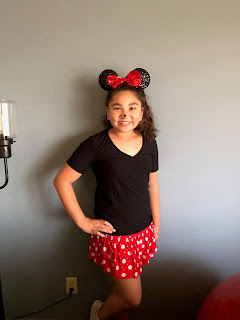 i made these for the old lady to take to work and share with clients at the salon: 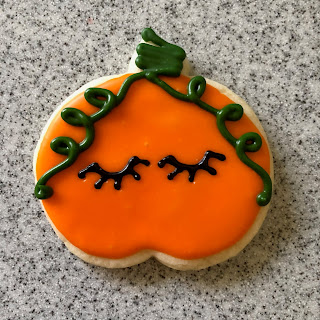 and these i took to the animal hospital that takes such good care of mollydog literally every other day with her doggy dialysis. 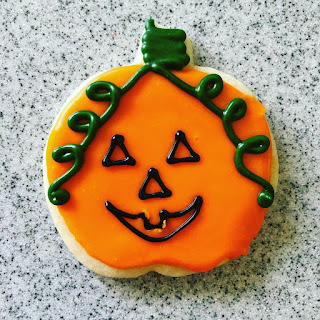 for the class party, i found a fun STEM activity on pinterest that's easily disguised as a game.  armed with toothpicks and jelly pumpkin candies, you divide the kids into teams and give them a certain amount of time to work together and create a tower.  the team who builds the tallest tower wins a prize.  i'd found a 5-lb bag of candy on amazon and split everything up evenly so that each team had the same amount of materials to work with...because you know some of that candy was going to end up in bellies rather than on towers. 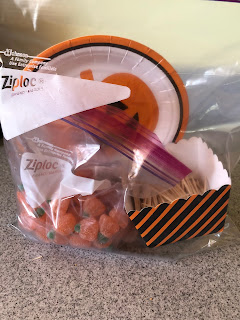 these were the prizes i put together - goody bags stuffed with halloween slime, a little bit of candy, pencil and notebook, and other fun stuff that hopefully isn't too lame for too-cool-for-school 5th graders. 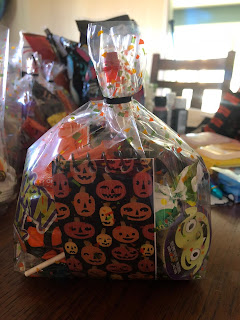 since i'd spent all my time working on the bean's costume, i didn't have one to wear myself.  not that it really matters (even though i do love a good excuse to get dressed up).  but i was pretty excited to find a shirt i'd bought on clearance last november 1st at target that i'd forgotten about.  and look, it had a cape! 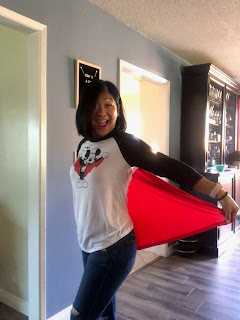 before the party started, i corralled the bean for this: 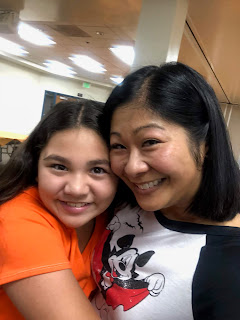 and then her favorite guy friend for the obligatory photo. 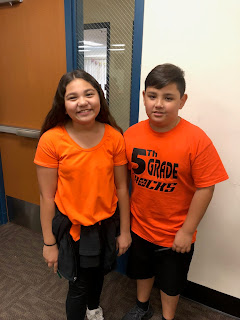 the game went swimmingly.  it was funny to watch the various groups as they worked together.  some of them knew exactly what they wanted to do, some went with the divide-and-conquer route, and some went off on their own and seemed to be creating necklaces with the supplies given.  heh.  but the bean and her friends did a fine job...a fine job indeed.  in fact, they won the contest - and i made sure i had nothing to do with judging or measuring the finished towers. 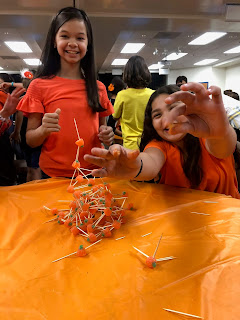 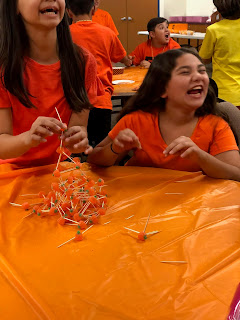 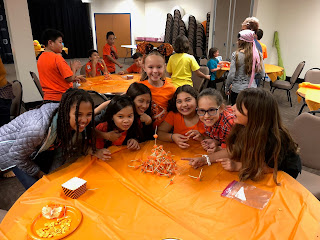 back at home, she was stoked to find that i'd finished the recreation of her costume dress.  looking at mine and the amazon-bought one side by side, i think i did a pretty darn good job. 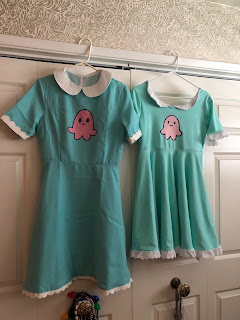 and when she put it on and added all of the accessories, she looked pretty awesome.  here's what she was trying to be: 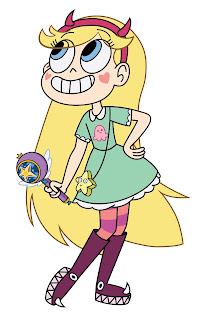 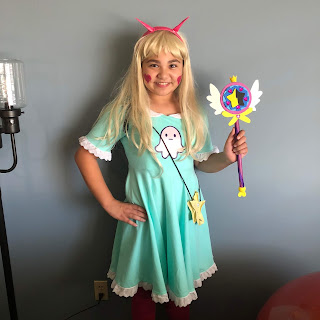 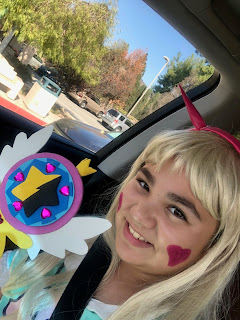 i died a thousand deaths looking at my kid with blonde hair.  so damn funny.  even funnier?  me with it on. 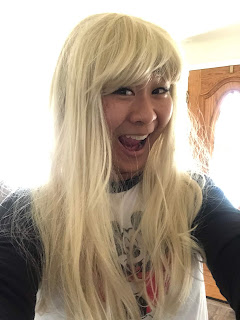 the old lady and stevie b. came over later to head out trick-or-treating with us, and we couldn't stop laughing at the doggy costume she'd found for him. 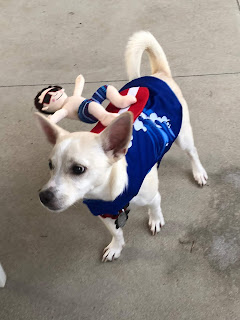 the bean ditched that wig (because that shit is uncomfortable as hell) and watched stevie run around trying to get his teeth on that surfer riding on his back. 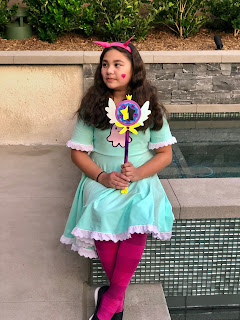 and then we headed off to meet up with her friends to walk their neighborhood and collect lots of candy. 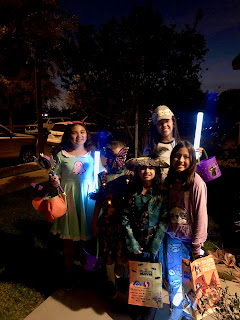 now that halloween is over...bring on the starbucks holiday drinks! 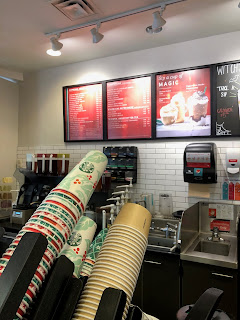