so much halloween crafting

so i've been MIA all week, mainly because it's been a little crazy trying to get ready for halloween.

i don't even really LIKE halloween.  the bean's school doesn't even celebrate it.  but she definitely picks a costume every year and goes trick-or-treating with friends every october 31st.

this year, she waffled between dressing as a masterchef jr. contestant (which would have been so easy because i could've just bought a basic apron and embroidered the logo and her name on it) and what i consider to be a pretty damn obscure character from a disney XD show that she loves.  this is star, from "star vs. the forces of evil." 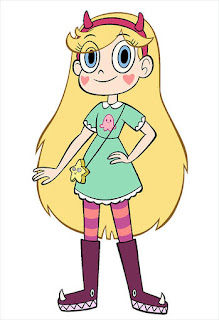 i thought i totally had her convinced that the masterchef jr. idea was way better, but of course she decided just last week that she really wanted to be star.  i really didn't want to make the costume myself and so we turned to amazon to find it.  they came through with this dress, which came with the little star-shaped bag, headband and tights:

we, of course, put off opening the package and trying it on until the day of her cheer team's halloween party.  and that's when we discovered that while we'd used her actual measurements to choose a size, the dress didn't really work.  while we were able to get it on her, the proportions were all off and it just looked a little...funky.  faced with no other options - at least, none that she was willing to wear - she went ahead and wore the costume anyway.

later on, she mentioned to the hub that she'd really wanted to have star's wand as it's apparently a pretty important piece of the ensemble (even though it's not in that picture up there).  she'd tried to hit me up for it too, but the only one i could find on amazon was $40, and i just wasn't having it.  nor was i shelling out the $80 for the boots that went with the costume.  we googled for some other ideas for that wand, and found someone's DIY version pictured next to the one from the show: 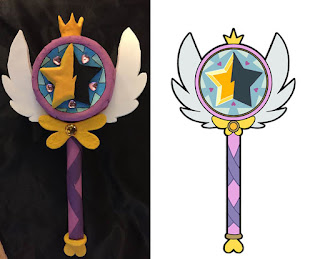 the old lady took one look at that thing and lit up.  "i'll make it for you!" she said.  and so after we dropped the bean off at school on monday and finished our workout, we headed to michaels to pick up the supplies to make the wand.  and because i'm a sucker, we also drove out to alhambra so that i could buy some cotton lycra fabric in just the right color so that i could recreate that damn dress.  SUCKER.

when we got home, i got started on mixing some molding paste with purple acrylic paint to create the main part of the wand. 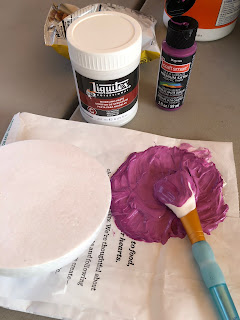 meanwhile, the old lady got started on cutting out foam sheets into wings and a butterfly and molding a star out of air dry clay. 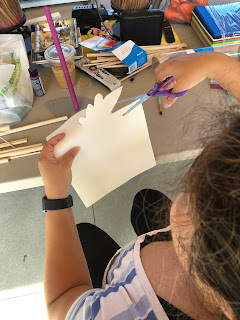 she asked me to work on the crown piece that goes on top, and after a little squishing and pressing and molding, i had this: 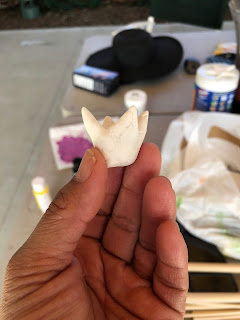 while we worked, stevie/bolt ran around underneath our feet, trying to make friends with mollydog through the screen door and enjoying some playtime before collapsing onto the grass in the sun. 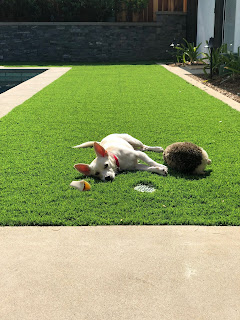 once the clay pieces were sufficiently dry, we started painting them. 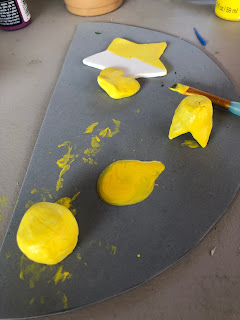 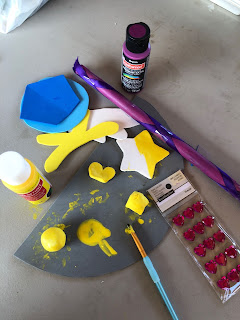 we used a hot glue gun to put everything together, and pretty soon we were done. 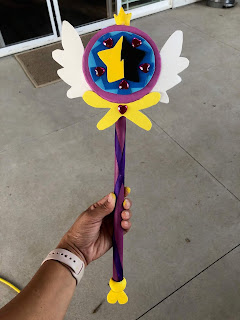 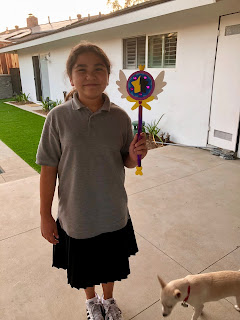 that night, i worked on recreating the dress in that nice, stretchy fabric that i knew would be much more comfortable for her to wear.  i totally winged that collar (and it shows, ha), added what amounted to almost 7 yards of scalloped lace trim to the hem and sleeves, cut out vinyl for the octopus and pressed it on, and voila: 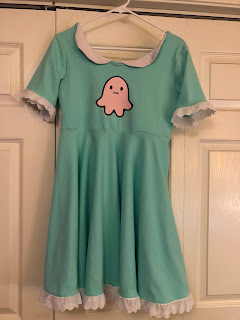 a trip to the halloween store while she was at her math tutor yielded a blonde wig for her to wear: 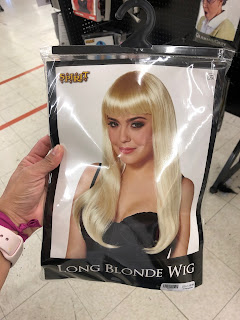 and we even managed to find just enough time for her to put together an entry for the class pumpkin decorating contest.  she really wanted to recreate that mickey pumpkin i'd done a couple of weeks ago, but because it was so labor intensive and time consuming, i talked her into doing a unicorn instead.  i showed her a video i'd found on facebook, gave her all of the supplies and left her to work on it while i finished up her dress.  i'd say she did a pretty darn good job: 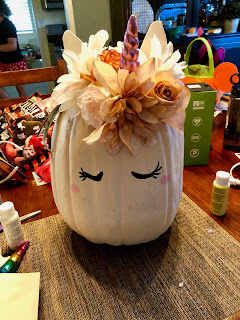 i can't wait to see her put all of her costume pieces together later today.  i don't have a costume to wear myself, but i guess it doesn't really matter anyway, does it?  heh.
at October 31, 2018