we've lived in this house for eight years, and practically since day one the hub has pointed out all sorts of things he wanted to change about it.  he's never liked the two fireplaces, and the floors have always been pretty crappy.  he's sketched out dozens of ideas for changing the house around, and when we contracted an architect to reconfigure the back yard for us we also took the plunge and had a second architect draft plans incorporating all of our ideas.  i say "ours," but this is really the hub's project because he's good at it and i'm...not.  heh.

while the back yard was being worked on, we decided to tackle a few of the things on the list.  first up was this fireplace, which has never served any purpose other than holding our christmas stockings and providing santa with access to the house. 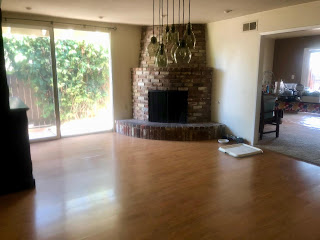 the bean and i left (probably to cheer practice or to run some errands, or both) and when we got home we found this in the driveway: 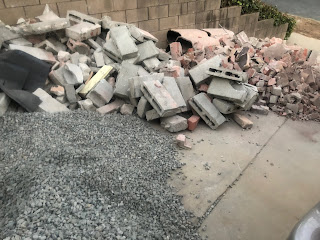 and where the fireplace used to be we found this. 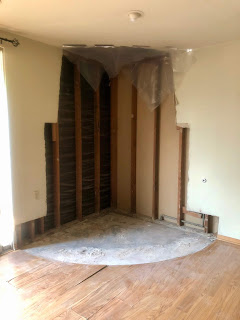 it's since been drywalled over and repainted to match the rest of the wall, waiting for the next step of the renovations.

next up was the second fireplace, although i did sweet-talk the hub into waiting until after the first day of school so that we could get one last picture in front of the brick wall that we've always used as a backdrop for countless photos of the bean.  you know...this one: 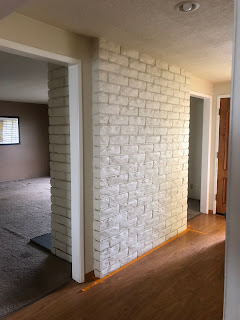 and the view from the living room: 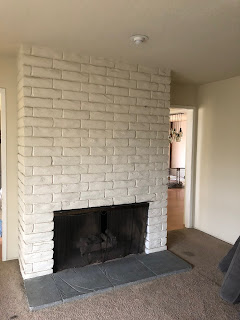 i think we lit that fireplace maybe twice in eight years.  heh.

the guys came to rip that thing out, and the hub was more than happy to get down and dirty along with them.  we'd hoped to save the bricks from the wall to maybe rebuild it elsewhere in the house so that we could continue the photo backdrop tradition, but it just wasn't feasible.  bummer. 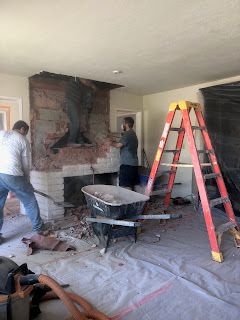 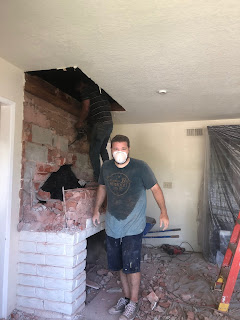 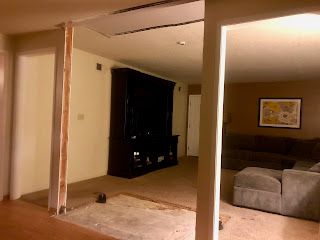 about a week later, the guys came back to finish taking the rest of the wall out.  there was a gas line inside one of those pieces that used to feed into the fireplace, so they had to cut it out and cap the line. 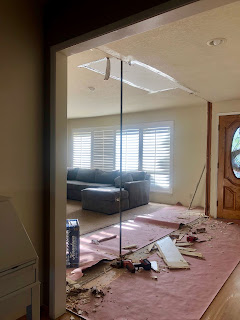 our room got a little update too.  here's what it looked like before: 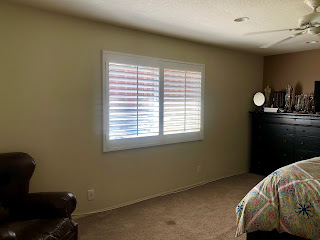 and then the window came out, along with a chunk of the wall. 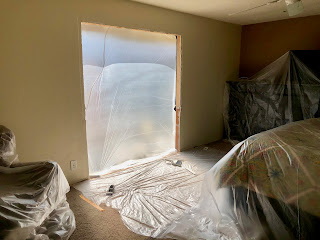 there's a sliding door there now.  i somehow haven't taken a picture of it, but you can imagine it, i'm sure.

so after removing the fireplace in the living room, we were left with a weird chunk of floor that had no carpet on it.  you can kind of see it here: 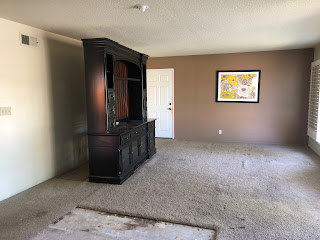 and the carpet in what started out as the ILs' bedroom and then my office was just a disaster.  mollydog, as she grew older and realized she just didn't care anymore, had basically been using it as her personal potty.  more often than not we'd find random wet spots all throughout the room along with poop in pretty much the same spot every day.  this made for quite a lingering aroma that we could never get rid of no matter how hard we tried to clean it up, deodorize, you name it. 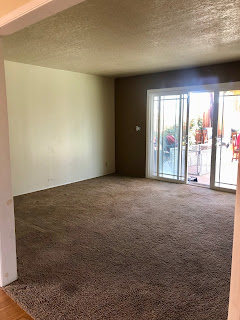 and the floor in the dining room was all jacked up from the removal of that fireplace...along with portions where molly also managed to pee regularly.  oh, that dog. 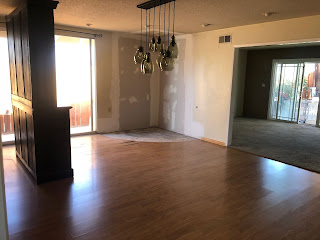 so we had a couple of different companies come out to give us estimates on new flooring, ripping out all of the carpet except for the bedrooms and replacing it with laminate flooring in a nice, neutral gray-ash color.  we chose the guy who gave us the best price and could get it done in less than a week, and so on a friday morning they arrived and started ripping out the carpets and the old floor.  it was interesting to find that the previous owner had simply placed the floor right on top of the old linoleum, and it was...vintage. 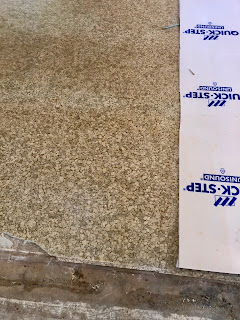 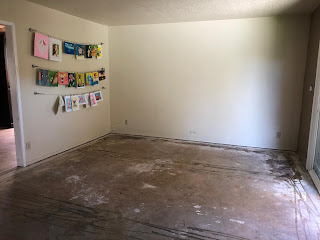 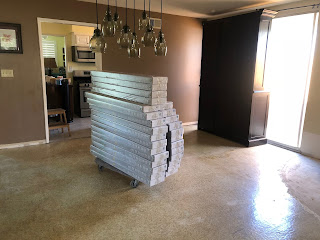 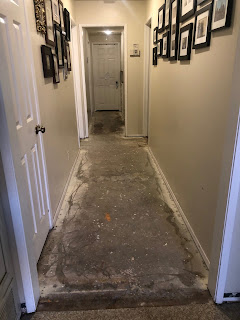 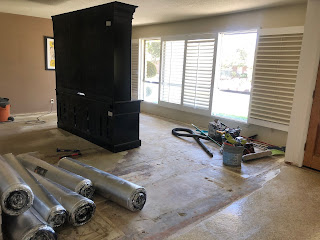 by saturday afternoon, we were the proud owners of brand new floors. 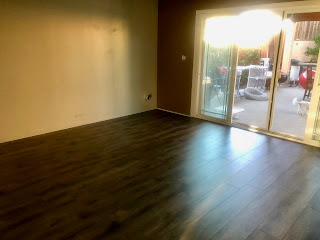 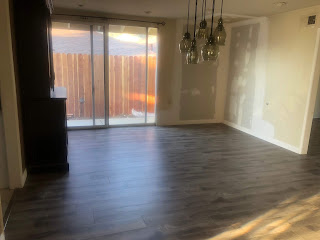 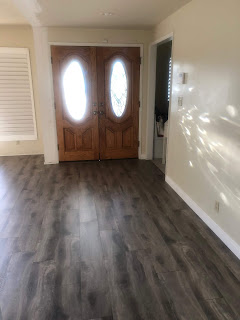 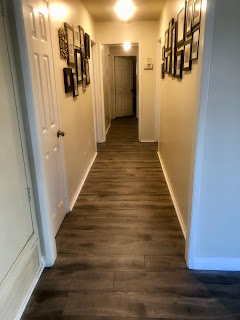 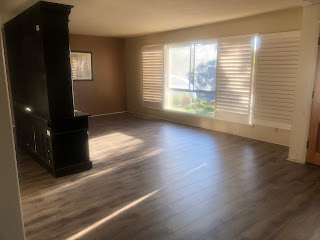 and wouldn't you know it...just in time for the bean's birthday bash.  perfect timing.

now that the dust has settled from that shindig, i'm curious as to which piece of the renovation the hub will want to tackle next.  we'll just have to wait and see.
at October 10, 2018