so i got the pictures from the bean's birthday bash from the photographer...too bad they're on this memory card that i'll have to buy an adapter for: 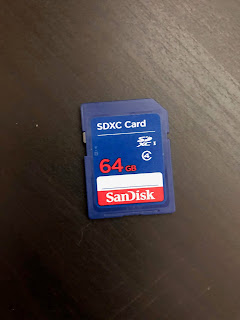 although i guess i can do a quick recap of later that evening, after the photographer was gone.  we had over 20 kids here (along with a good number of their parents), and they all trickled out the door one by one right around the time i'd posted as the end time on the invitation.  we'd been partying since about 10:30 that morning and it was about 2:30, so everyone was pretty partied out and ready to go home and relax.  a handful of our friends hung out for a little while after most of the guests were gone, just long enough to watch the bean open their presents.  i'm not really big on opening presents while the shindig is going on because that takes away from party fun. 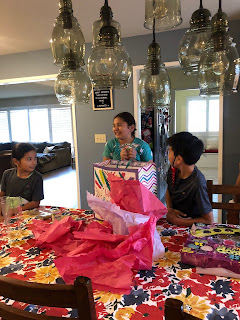 anyway, she loved their gifts and they left as soon as she'd oohed and aahed and said her thank you.  i think the door barely closed before she was diving into the rest of the presents, and i gotta admit, i had to give her credit for her restraint.  i mean, who doesn't love to open presents, amirite? 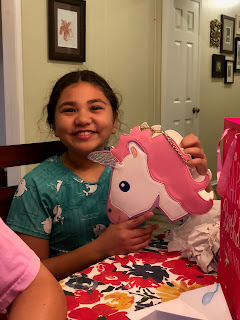 a little while later, one of her friends was dropped off for a surprise sleepover.  you'd never know they'd just seen each other a couple of hours before from their excitement when the bean spotted her.  they wasted no time in running back to the pool and jumping in, where they frolicked for as long as the water stayed warm.

in the meantime, one last surprise was being set up in the house for them.  i'd found a vendor that rents adorable individual teepees for sleepovers, complete with flowers and air mattresses and even a faux campfire.  they finished setting up and were out the door before the girls came back into the house.  how cute is this?? 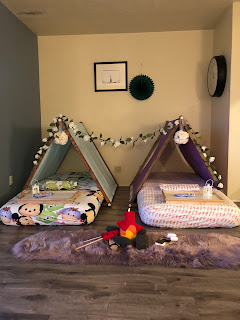 each girl had a breakfast tray and a keepsake sleeping mask: 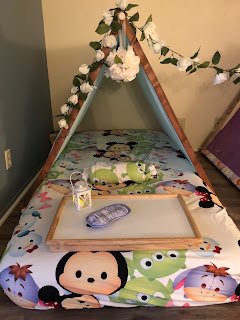 and the faux campfire had a couple of "hot dogs" on a stick and pretend s'mores. 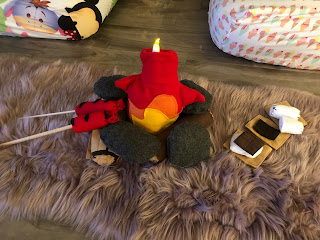 it was fun to watch their reactions as they finally toweled off after their evening swim and got their first glimpse of their sleeping quarters for the night. 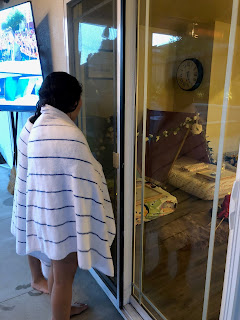 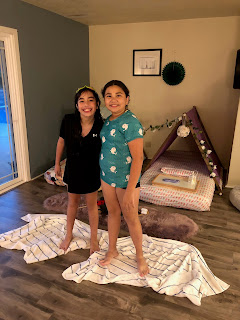 they spent a little time inspecting everything, and mollydog came over to check things out too. 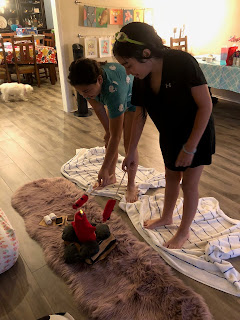 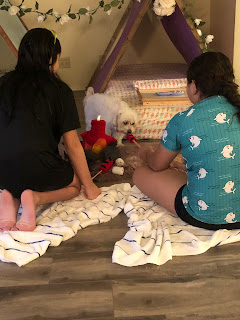 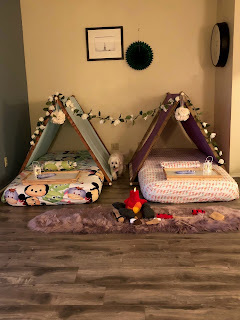 after they got dressed, the old lady and i took them out to get some ramen from a local shop that had recently opened. 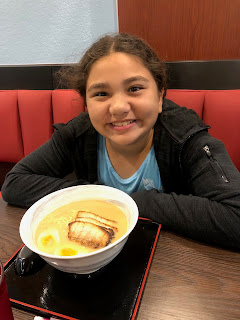 and then once we got home and put on pajamas, we put on "the greatest showman" and got comfy in the living room.  the girls both fell asleep on the couch before groggily getting up to move into their teepees and pass out for the night, with the dog right next to them. 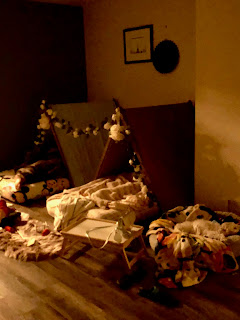 the next morning, i got up and tried out a recipe for macadamia nut sauce and some fluffy pancakes, which i served up with slices of fried spam for a delicious hawaiian-style breakfast.  i know it doesn't look pretty, but let me tell you...it was damn tasty and pretty close to the deliciousness we'd had in hawaii last summer. 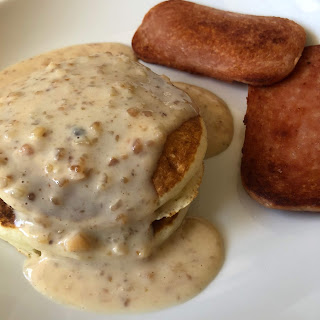 the girls were pretty happy to be served breakfast in bed. 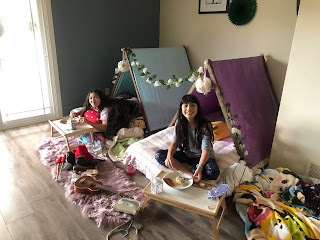 and just before the teepee company came to take everything down and clear it all away, the old lady and i managed to get this: 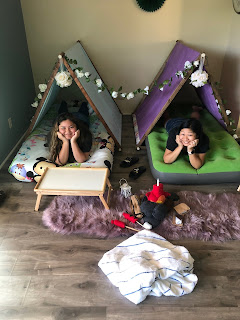 maybe next time we'll have to get a couple of extra teepees for ourselves.  heh.
at October 15, 2018