when michelle obama announced that she was going to do a stop on her book tour here in l.a., dailygluttony and lilcee and i immediately put our heads together and decided to scoop up tickets as soon as they became available.  one of my mom friends from school also came to mind right away, and as soon as i invited her to join us she happily accepted.

it seemed like months away, and then all of a sudden it was the week of the event.  the book was released on tuesday, and i scooped up a copy and hoped i could get through at least some of it before showtime.  on wednesday during cheer practice, i sat in the parking lot, cracked it open and started reading. 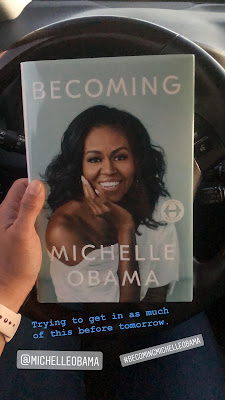 i got about a quarter of the way through that night, but i was so busy with projects the next day and didn't get to read a single page more.  boo.  but that's okay - i was excited for the evening, as was my friend.  we rode out to the fabulous forum together, and pulled into a parking spot about 25 minutes before the show was scheduled to begin. 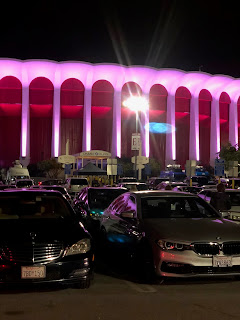 there were long lines for photo ops, and food, and drinks, and merchandise.  we decided to go ahead and find our seats, and this was our view of the stage: 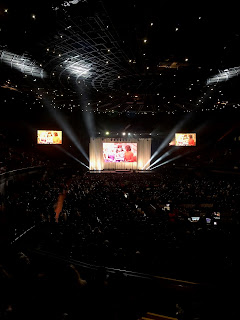 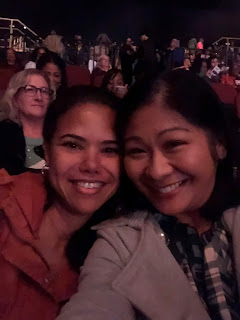 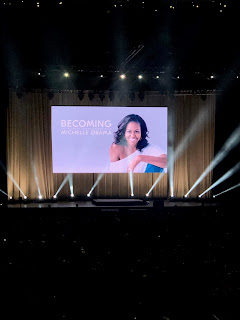 her playlist was upbeat and fun to listen to - there were songs by michael jackson, demi lovato, kendrick lamar, ariana grande, to name a few.  it kept the crowd pumped up and excited for what was to come, along with all of the photos, videos and quotes from the book that played on the giant screens. 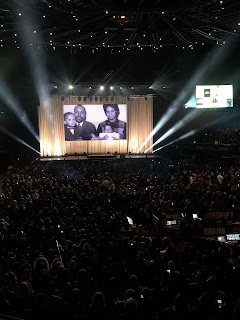 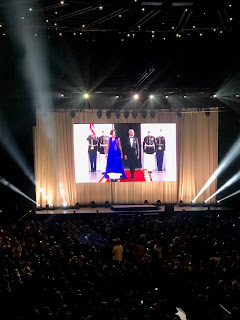 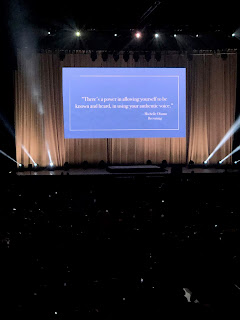 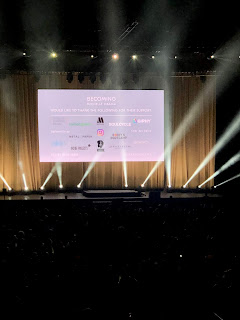 and then, the lights went down and we heard her voice welcoming us all. 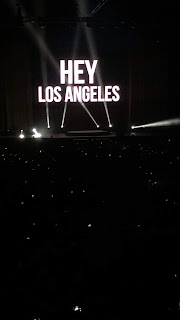 tracee ellis ross was our hostess for the evening, and she was funny and enthusiastic and just as much of a fangirl as the rest of us. 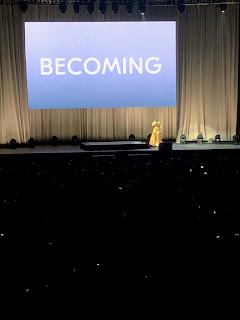 and then finally, michelle came out to greet us.  she was just as i'd expected - warm and engaging and just like someone you'd want to hang out with and just chat with for hours. 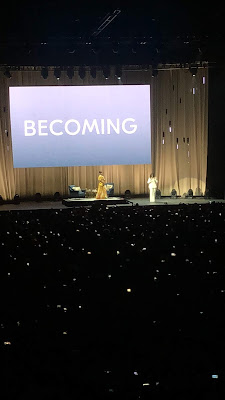 it was an awesome, inspiring, uplifting hour and a half of listening to her tell stories and answer tracee's questions and explain parts of the book in further detail.  she talked of how she and barack met and fell in love, and discussed things we could all relate to.  we hung onto every word as she talked about her childhood, things she learned throughout her time in the white house, being a mother and a first lady and trying to keep her family as normal as possible.  just straight talk, with little bits of advice here and there about life, love and parenthood, and it was all fascinating to listen to. 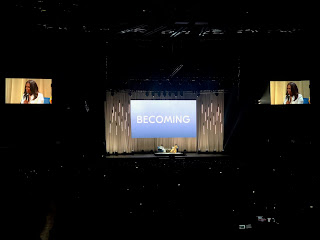 and then all too soon, she and tracee stood up, said their goodbyes, and waved as they disappeared backstage. 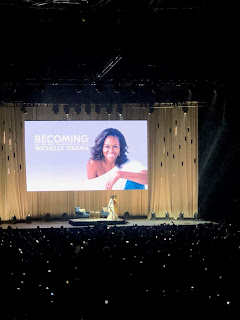 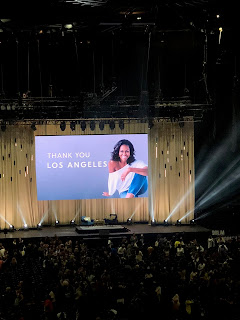 we stopped at the merchandise tent on our way back to the car, where i picked up a fun mug and at-shirt that i wore the very next day. 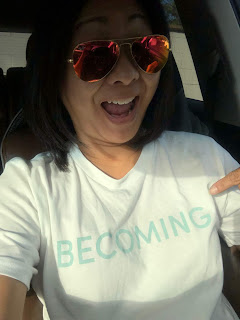 for her stop in D.C., barack made a surprise appearance at the end.  that would have been so cool.  and when she gets to colorado the event is hosted by reese witherspoon.  so much fun!

i'm still trying to carve out some time to read the rest of the book.  there's so much going on right now though, so i may not even get a chance until after christmas.  eek.
at November 20, 2018