nationals for the bean's cheer team is next weekend.  after doing some serious reworking of their routines over the last couple of weeks, the girls got to show off their new moves at a smaller local competition this weekend.

being the second year of this hair and makeup routine, i'm finally getting it pretty down pat - i had her ready in half an hour. 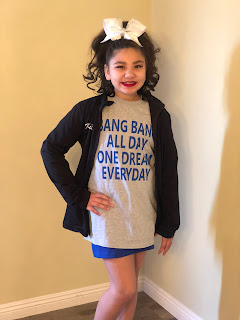 sunday morning meant very little traffic on the freeway on the way down to orange county.  we got there in plenty of time to meet up with the rest of the team, even arriving a few minutes early. 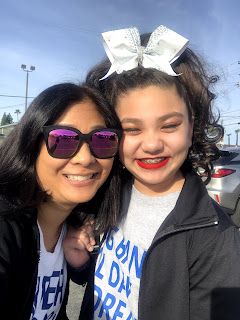 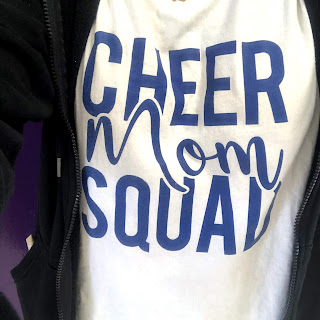 after leaving the bean with her friends, i headed off to buy my spectator's wristband. 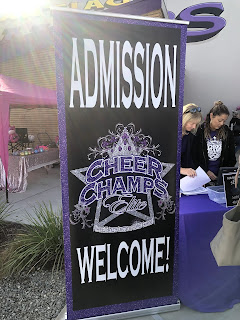 the gym was pretty small, and i found a great spot in the second row of bleachers directly below where the girls were seated. 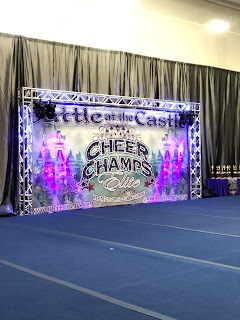 one of our girls was tapped to sing the national anthem (and she did a great job!), and then the very first team to hit the mat was our tiniest team, wish. 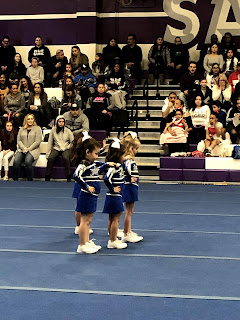 it wasn't too long before the bean was putting on her first pair of comp shoes and heading out to get warmed up for her first performance with her new team, trust. 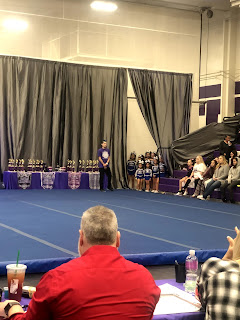 she's been really anxious about this team's routine because the dance portion has her front and center. we're not allowed to post video of the routine until after the last competition is over, but take my word for it - she kicked ass.  we were so proud of her, and all of the girls. 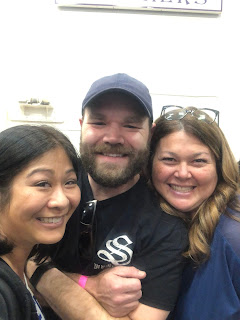 and then believe was up - and after some rough weeks of practices, they absolutely nailed it. 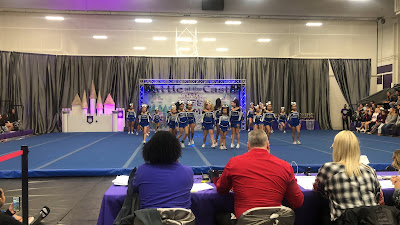 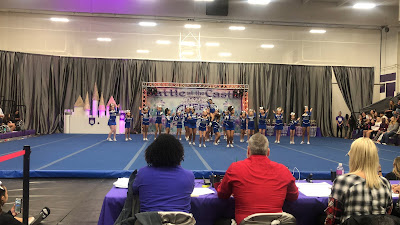 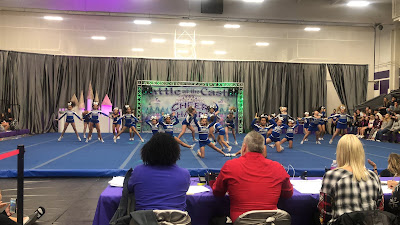 she was so relieved when it was over. 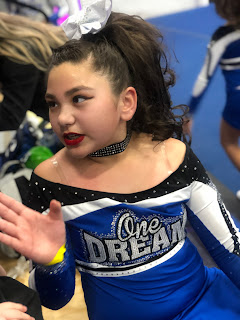 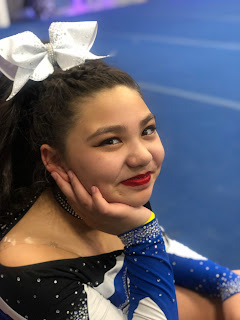 about an hour later, our oldest team went up and closed out the day's performances.  this competition started and ended with one dream cheer.  we sat around for awhile until it was finally time for the awards ceremony. 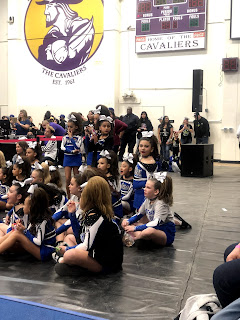 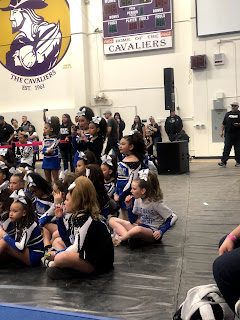 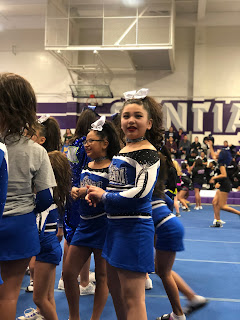 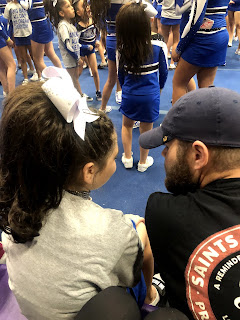 in the end, believe took first in their division while the oldest team, inspire, happily accepted tiaras as their grand champions trophies.  they'd all put on a great show for everyone, nailed their routines and got some performance time in, all in front of a panel of judges.  it was a good competition to get them all warmed up and pumped for nationals next week.