the keto-friendly cooking experiments are still going on!  it's actually pretty fun to make dinners that everyone can eat, and the hub seems to be pretty appreciative of my efforts too.  one night i decided to try two different kinds of pizza, and the first one reminded me of the old days when i was on a kick of putting bacon in everything.  remember that?  good times.

so someone in one of the keto facebook groups i'm in posted a bacon weave pizza crust that they swore was delicious and filling.  i mean, it's not like i had to be convinced or anything.  and so i bought some thick-cut bacon and followed the instructions to make this: 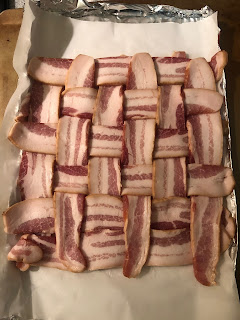 after baking it and then putting it under the broiler for a few minutes, it looked like this: 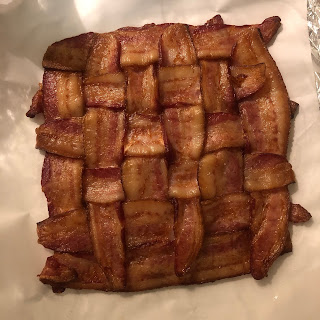 and while that was cooking, i decided to try a second version...the "fathead" pizza crust.  this one has a mozzarella cheese base and was a little hard to work with because it was so sticky.  i put it together as instructed and then topped it with some homemade pizza sauce, pepperoni and mushrooms. 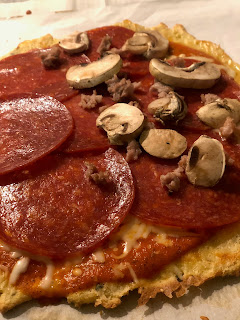 the bacon weave got the same treatment, although i left half of it just plain cheese at the bean's request. 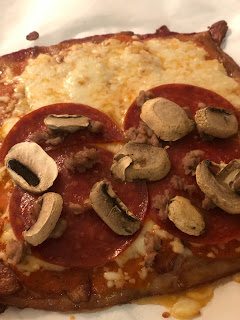 not surprisingly, the bacon weave was voted the favorite out of the two.  i found other versions of the fathead crust though, so i'll probably give it another shot soon.

another night, i tried a recipe for meatloaf.  i'm not actually a huge meatloaf fan, but everyone else in the family is.  and i was interested in the idea of using crushed pork rinds in place of the panko or breadcrumbs that usually go into meatloaf.  i served it up alongside some mashed cauliflower, which i'd heard was a pretty good substitute for potatoes, and while i also don't love cauliflower (i have a weird thing about veggies in different colors, and cauliflower just looks like weird ass broccoli), i did like this a lot. 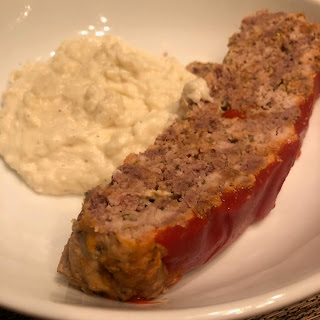 i'd never tried making a cheesecake in my instant pot before, although people rave about it online.  supposedly it's easier than baking it the conventional way in an oven.  and so when i came across a keto-friendly recipe i figured it was worth a shot.  by eliminating the crust and using sugar alternatives, it magically becomes low carb and something the hub is able to enjoy when he's craving something sweet.  i had a springform pan i'd bought to try the instant pot cheesecake, so i busted it out and mixed up the batter. 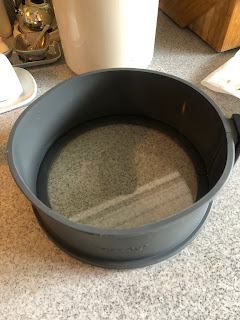 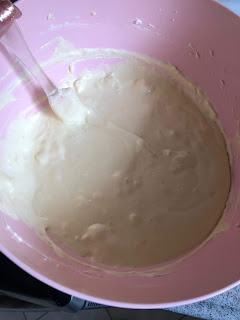 once it was done in the pot, i took it out, slathered it with the sour cream topping and then put it in the fridge to chill. 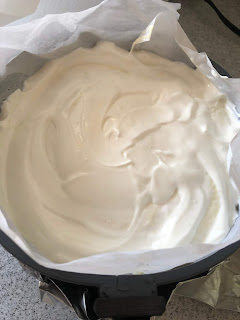 i wasn't home when the hub took it out to sample, but he was nice enough to send me this picture before he gobbled it up.  he said it was delicious, and when i finally got home to give it a try i was pleasantly surprised at how good it was. 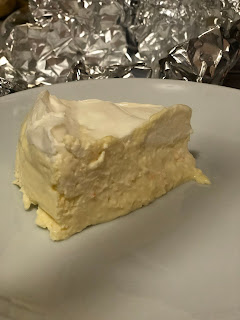 another dessert that was a big winner was this copycat starbucks lemon loaf recipe.  this, too, is keto-friendly with the use of almond flour and monkfruit sweetener.  he loved it and so did the bean, and it's a great alternative to the huge carb and calorie bomb i usually get at starbucks. 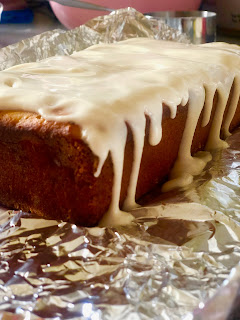 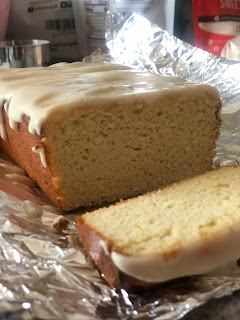 let's see what i come up with for next week's meals.  this is fun!