easing back into reality

the last weekend of christmas break went by all too quickly, as they usually do.  we tried our best to squeeze as much into those couple of days as possible.

with nationals quickly approaching, both of the bean's cheer teams completely revamped their routine, bringing in choreographers to change up their dance routine and upping their stunt sequences.  for one of the teams, the choreographers only had one opening - two days before christmas...i.e. the very day we were flying back home from texas.  luckily, one of the coaches was available to sub for the bean during that session and my cheer mom BFF was able to capture several videos of the new routine.  the bean was a little alarmed when she learned that she had been placed front and center for the dance sequence, but while she acted like she was freaked out about it i knew she was also secretly pleased to have been chosen for the spot.  the dance is her favorite part of the routine, and i was glad that the coaches had recognized that.  either that, or nobody else wanted to do it.  heh.

anyway, she spent a week and a half watching those videos over and over, practicing in front of the iPad and learning all of the moves. 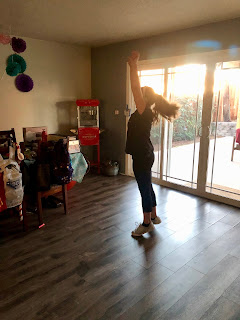 the old lady had a few gifts that she needed to exchange for different sizes, and we decided to head out to the americana in glendale to browse the shops and grab some dinner.  they still had most of their christmas decorations up, and the fountain show was extra pretty with all of the lights around it. 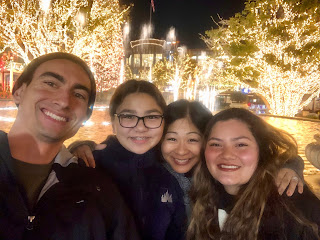 with a 90-minute wait for a table at din tai fung, we took our time strolling through the shops and stopped at laduree for a little treat. 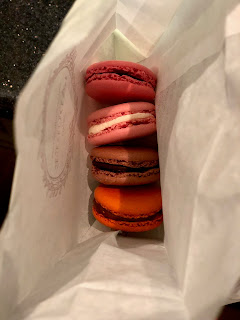 aren't they a cute couple?  the old lady thought so. 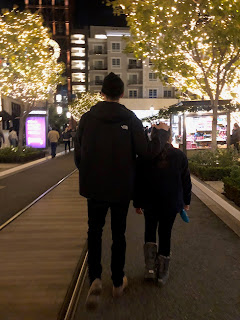 the time went by pretty quickly as we walked around, and then it was finally time to sit down and share some delicious green beans and soup dumplings. 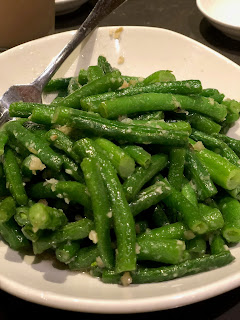 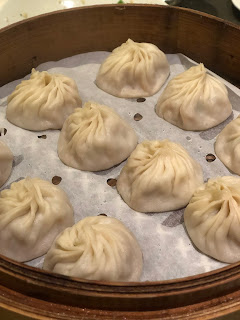 afterwards, we stopped at sprinkles to grab some cupcakes to go.  the old lady and the bean opted for ice cream, while her special friend and i hit up the cupcake ATM for our treats. 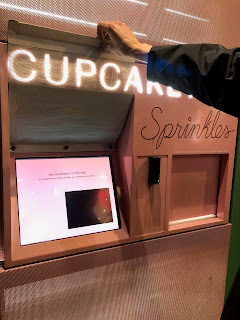 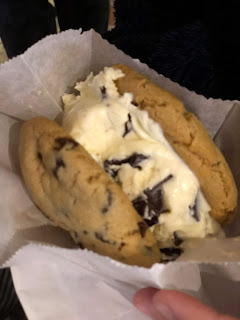 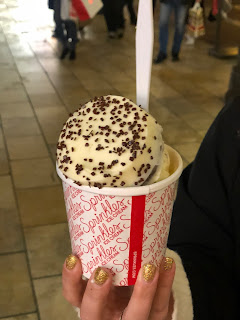 the next morning, the hub took us to breakfast at an old favorite - norm's hangar, by the little airport at the fairplex in pomona. 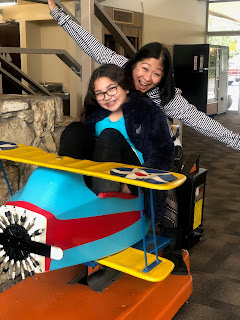 and then on sunday evening, the bean finally got to show off her new dance moves at the first cheer practice of the year.  she was pretty nervous, but from the praise i could hear heaped on her as practice ended it sounded like she rocked it. 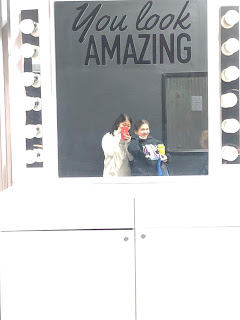 and now we have two weeks before nationals.  look out vegas, here we come!
at January 11, 2019