after almost a month away from our second home, we finally made our first trip of 2019 to the 'land this weekend.  while getting up super early on a sunday morning is a little rough, it's always worth it when we get there for rope drop.  we missed actually being in the park for the drop by two minutes, but we didn't mind.  we were finally back at the happiest place on earth, yay! 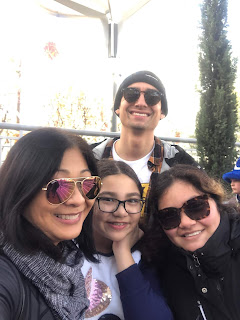 the bean had requested that we go to california adventure first, and so our first ride of the day was on the incredicoaster.  we were doing this by 8:15: 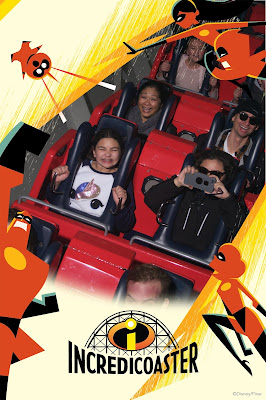 i have to admit, i do love riding it first because it gives us such an adrenaline rush to start off our disney day.  and on the way there, the old lady snagged us fastpasses for our second ride, over in cars land.  by the time we got there, the ride had inexplicably just opened - hence the typically unheard-of short standby line. 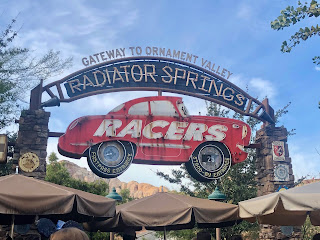 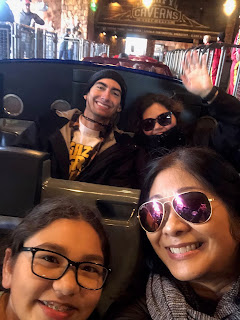 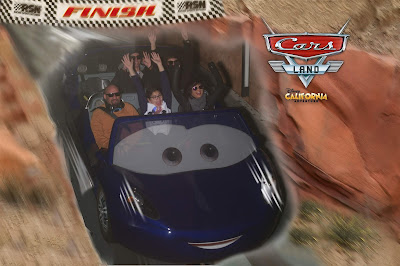 our next fastpass was for guardians of the galaxy, and just like that we were done with our top 3 rides and it wasn't even 10:00. 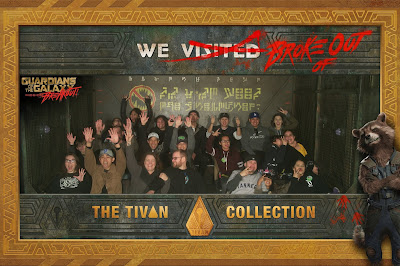 we headed out towards the pier area for a ride we hadn't been on together in forever - goofy's sky school.  so much fun! 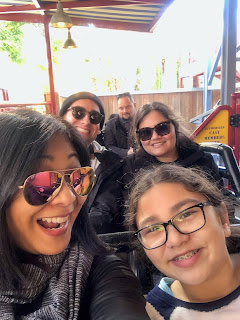 from there we parted ways for a few minutes while i took the bean to the redwood creek challenge area for some playtime, while the other two headed off in search of some adult beverages.  yes, at 10am.  heh. 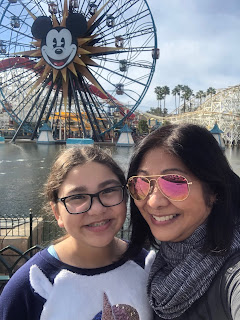 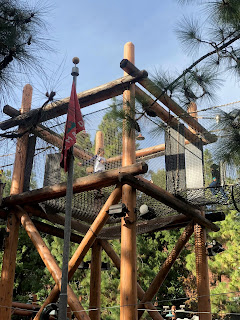 too bad none of the drink kiosks weren't quite open yet.  that was okay though, because that gave the bean extra time to run around before we all headed back towards the pier area again when the kiosk opened at 10:30.  it just so happened that the cream cheese mickey pretzel the bean was craving was also sold there, so it was a win-win for everyone. 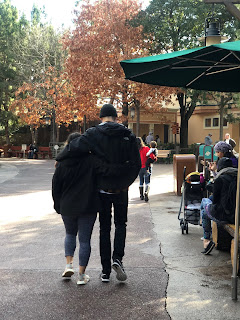 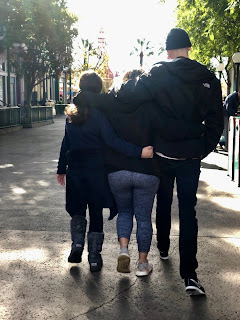 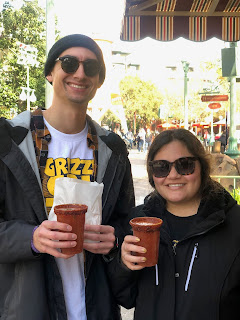 crossing over to the disneyland side, we finally got to check out the exhibit of "mary poppins returns" memorabilia. 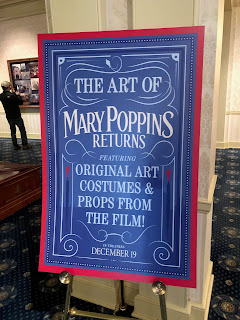 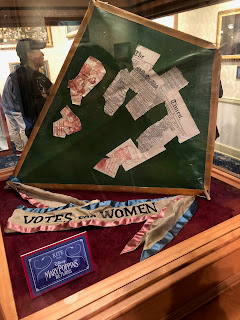 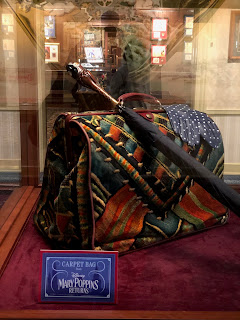 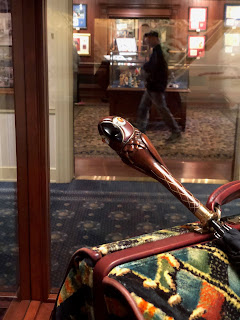 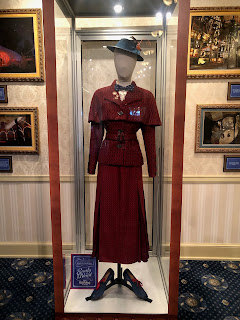 thanks to the fastpass we'd snagged on the way there, we headed right to tomorrowland and took a turn on star tours.  our next one was for big thunder, and as we walked through the hub and into frontierland we came upon the disneyland band. 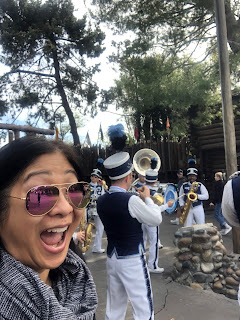 the fastpass entrance line at big thunder was crazy long, and so we decided to skip it and make our way back to tomorrowland and catch the monorail to downtown disney.  the parks were starting to get busier, and we'd gotten our fill for this trip. 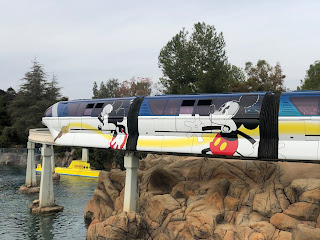 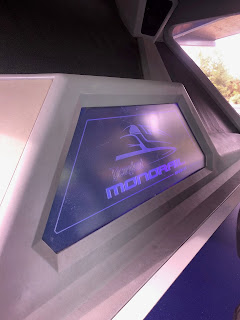 ballast point brewery was doing a soft opening that weekend, and it was pretty packed.  from where we were standing, though, it looked like a cool spot to go for some food and drinks and do some peoplewatching from above. 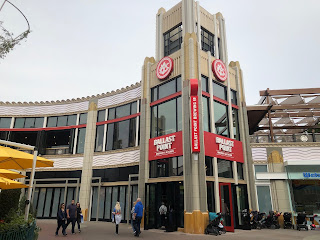 in the dress shop, i eyed the kate spade clutches that match the tote i got for christmas. 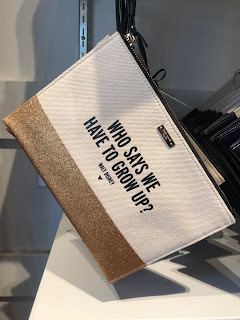 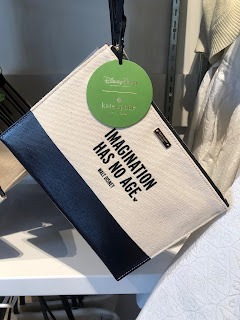 if we hadn't just been to salt & straw the day before, i might have been talked into heading into their downtown disney location for a scoop.  maybe next time. 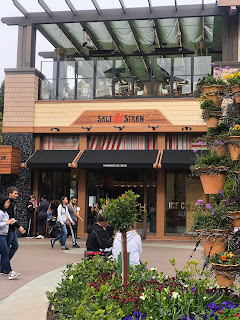 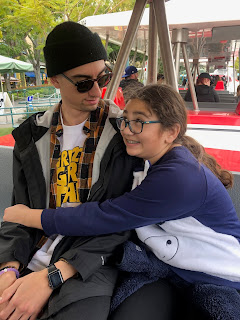 we stopped at the kids' apartment to pick up stevie dog and bring him over to the house.  he was so excited to jump into the car and give us kisses that he stomped all over the box we'd brought back from sprinkles.  d-oh: 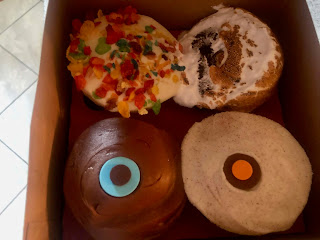 but he's so cute that nobody could be mad at him for long. 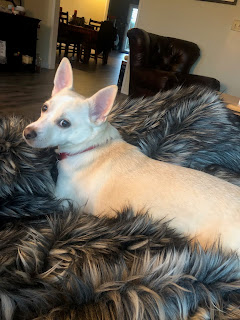 it was a great start to 2019 at disneyland.  there's a lot of fun stuff coming during this year, and we're all excited to see all the new attractions.  it's gonna be an interesting year, that's for sure.
at January 16, 2019