okay, so i've mentioned how the hub is on the keto diet (and has lost 40+ pounds since august!), right?  and for most of that time we've done a lot of eating out, or when i have cooked it's been just for me and the girls while he works at the lounge and grabs something from the grocery store.

once the holidays were over i promised myself that i was going to start cooking at home on a regular basis again.  i actually do really enjoy cooking - i just lack creativity and can never think of anything that sounds good.  but i started going through a bunch of recipes i've been saving from facebook groups or on pinterest, and as i was looking at keto-friendly recipes i realized that a lot of them are pretty easy to make.  there aren't too many weird ingredients (unless you start getting into snacks and desserts that call for sugar substitutes), and in a lot of cases the dishes are familiar ones with a few modifications to keep the carb counts low or non-existent.

of course, my first home cooked meal for 2019 was...not keto at all.  the old lady was craving some food from the homeland - namely, pancit.  i hadn't made it in awhile, but found that i had most of the ingredients on hand.  and i'd forgotten how easy it was to throw together, even after having to cook the chicken to shred and mix in.  and bonus:  i left the chicken unseasoned when i cooked it, which also left me with a nice amount of fresh, no-sodium broth to mix in with molly's food to make it more appetizing to her.  i topped my serving with some pork rinds and dug in. 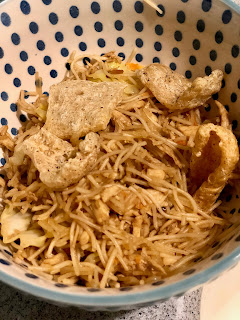 while we ate i fulfilled a promise i'd made the bean to make some puto, something else i hadn't made in a long time.  she was at cheer practice while i worked on it, so i asked the old lady what color to make it and she chose pink. 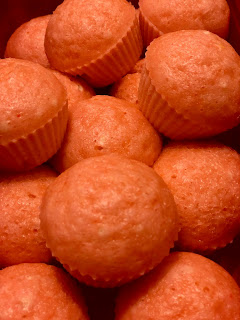 for dinner on her first day back to school after the break, i made good on yet another promise - to make the bean some homemade mac & cheese.  i used a recipe that was pretty popular on my instant pot facebook page, and while i wasn't completely happy with it she definitely was. 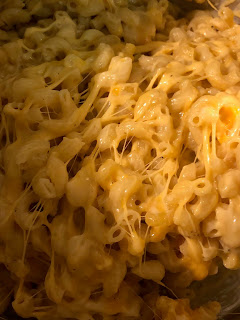 i didn't take a picture of it because it really wasn't that appetizing to look at, but i made some chicken adobo one evening as an experiment.  the bean had never had it (actually, neither had her sister), and it's such an easy dish to make that turned out really delicious.  i served it with some steamed white rice and was happy to find that she liked it so much she asked to take some for lunch the next day.

when not on a diet, the hub is a major cookie monster.  i'd come across a whole bunch of keto-approved cookie recipes online and decided to give the chocolate chip cookie a try.  i managed to find these ingredients at our local sprouts: 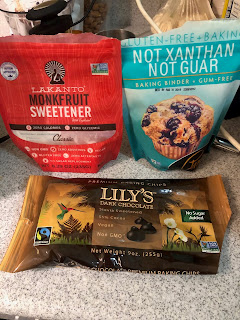 when i mixed it up, i thought it looked exactly like regular old chocolate chip cookie dough. 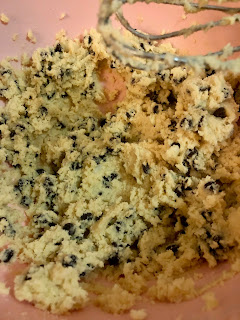 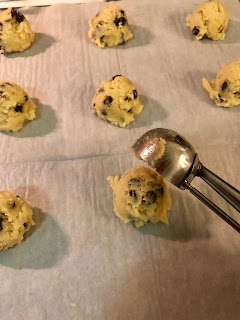 he was pretty excited when he got home and found that the cookies in the kitchen were made especially for him.  i didn't even get a decent shot of the finished product. 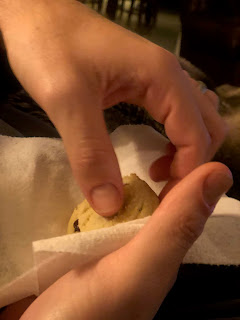 he loved them so much, he immediately sent a picture of them to his fellow keto-dieting buddies (one who even hopped right into his car when he saw the photo and came over to grab a few).  the next morning, the bean took one to school for snack time and came home to report that she'd really liked it.  she shared it with one of her BFFs, who isn't allowed to eat sugary treats very often, and said that they'd both enjoyed the sugar-free cookie.  score!

two nights ago i did a pot roast in the instant pot, which i served with roasted asparagus.  instead of using cornstarch to thicken the gravy i used some of that xanthan gum substitute that i'd bought for baking cookies.  it was really tasty and is going to be added to the rotation.

and then last night, i decided to try a recipe for the instant pot for lemon garlic chicken.  and although i had a ton of asparagus left from the night before, i thought it would be fun to serve up something different.  that something ended up being a creamy garlic butter broccoli mash, meant to satisfy a craving for mashed potatoes. 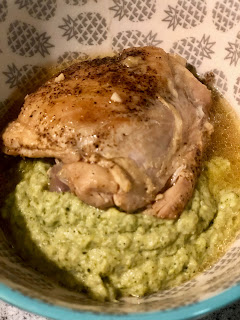 so far, everything i've made has been pretty tasty.  while the girls and i aren't going full keto by any stretch of the imagination, it's good for us to try new recipes and be able to share meals with the hub. and hey, if you happen to know any good ones that we should try, shoot 'em over!
at January 10, 2019