okay, so i'd cut out the material to make a little case for my flip videocam a few days ago, right? i'd followed the same tutorial i used to make 10yearstogether's laptop sleeve, figuring that it would basically be the same thing, just smaller. makes sense, right?

but the joke was (again) on me. because it was so small, it was a total pain in the ass to sew - the material kept getting sucked up and stuck in the built-in needle threader, and i struggled with a few of the steps as the sewing areas got smaller and smaller. topstitching was a total bitch, and even trying to turn it right side out (several times) proved to be more difficult than it should've been.

and the worst part? when i finally finished the fucking thing, pressing it out to get it all nice and pretty, it. was. too. small. 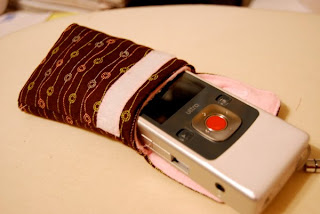 it fit inside all snug as a bug in a rug, but somehow i'd miscalculated the length. or something. the end of the flip stuck out and i couldn't close the flap properly. damn. 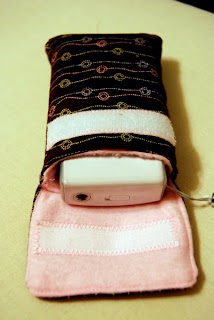 but i realized it was the perfect size to hold a point-and-shoot, so i pulled mine out and tested it out. 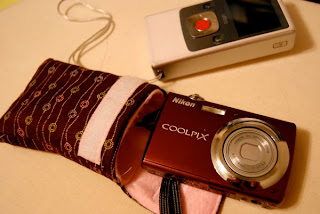 and wouldn't you know it - perfect fit. too bad i already have a neoprene case for it. wah waaaaah. 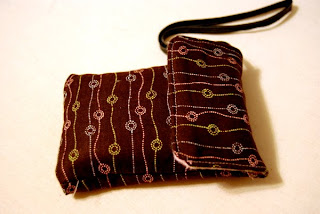 kind of sucked to be me at that moment. gah!