this weekend not only saw me running the disneyland half marathon, but the bean in her second-ever race too.  i'd signed her up for the 200-meter run, and she was so excited to be running in a race like mommy, with the promise of her very own medal at the end of it.  i was pretty stoked that i would be able to run right there next to her, since i'd missed her running debut earlier this year. 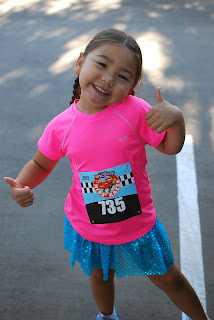 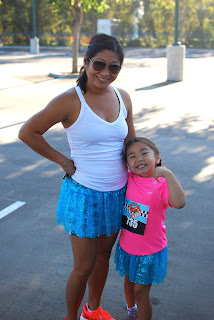 there were a ton of people there, and it was a little confusing as to where we were supposed to go.  before we broke down and actually asked someone, we found the start line for her run and grabbed the photo op while we could. 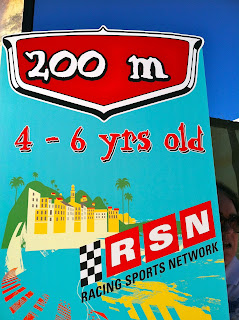 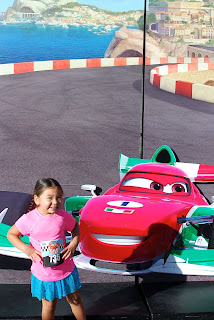 the hub and the teen took off towards the bleachers near the finish line to grab a spot, and the bean and i headed off to join the crowd gathered near the stage. 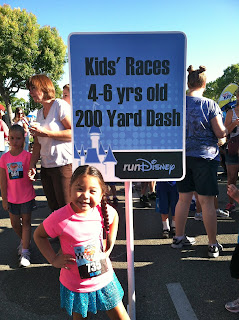 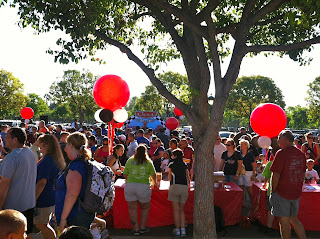 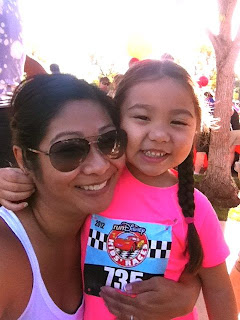 we had a good 45 minutes to kill before the first race, the 100-yard dash for 1-3 year-olds, was to begin.  so we stood around, talking about nonsensical stuff and looking at all the costumes the other kids were wearing.  and took some silly pictures. 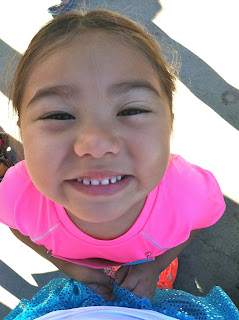 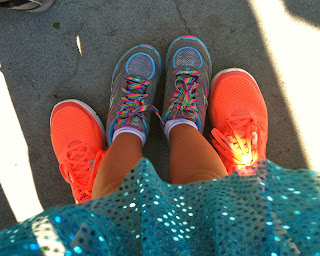 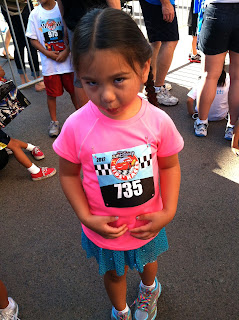 the announcers finally called out for the 4-6 year-olds to begin heading towards the start, where we ended up standing in the sun till it was our turn to step up to the line. 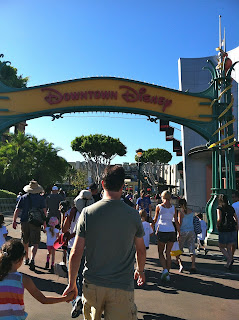 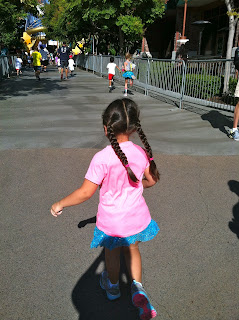 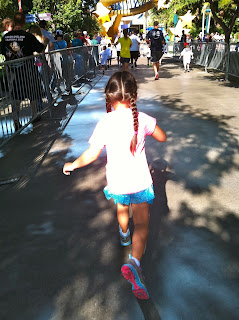 and ran - right to that finish line! 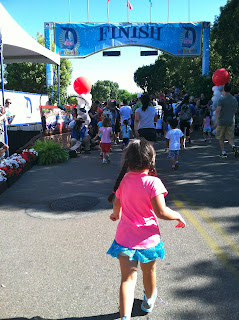 she was so excited when she spotted minnie mouse off to one side, giving hugs and high-fives. 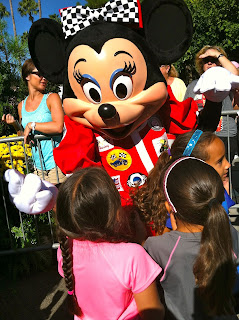 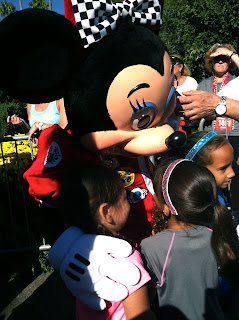 luckily, the hub and the teen caught us at that moment from across the way. 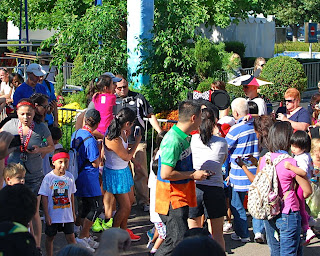 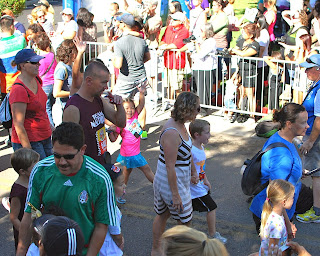 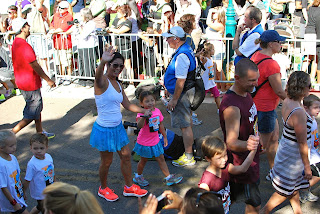 look at our little running girl! 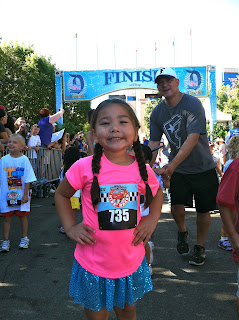 it was fun watching how delighted she was as she accepted her finisher's medal. 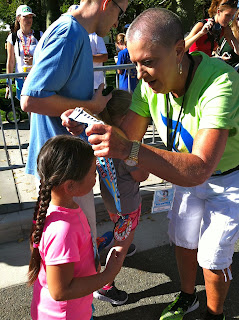 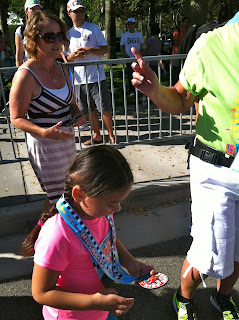 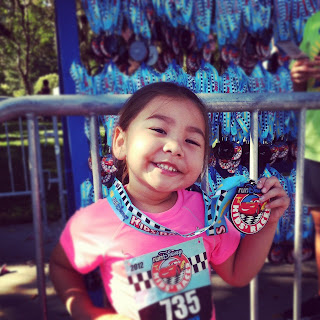 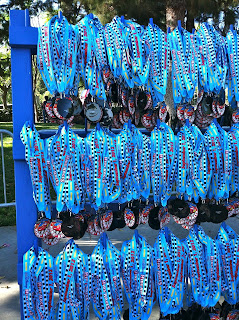 we put her race tee on when we got back to the car, and she modeled it for me at home.  i'm not really all about wearing shirts that say "i did it!" until after the race has been run, know what i mean? 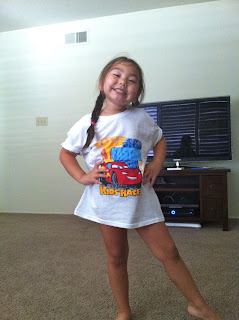 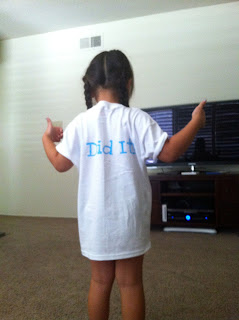 and then all that excitement and activity caught up to her, and she knocked the eff out. 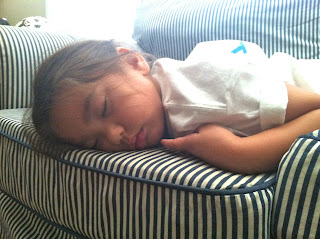 Email ThisBlogThis!Share to TwitterShare to FacebookShare to Pinterest
Labels: disneyland half marathon, run disney, the bean runs too