so yeah, it's actually been a couple of weeks now since the bean's very first day of school in her transitional kindergarten class.  and because we've been so busy with all sorts of other fun stuff, i thought maybe i'd just skip sharing the pictures of that super important day.

but who am i kidding?  of course i have to post 'em - memories like these are exactly why i started this blog to begin with.  i've been perusing old posts from two and three and five (!!) years ago, and the walk down memory lane has been really fun.  and in a handful of years when she's going through her own elementary school promotion ceremony like her sister before her, she'll get a kick out of seeing this kind of stuff.

because the bean has always had a relatively late bedtime in the past, i'd been actively working on pushing it up further and further as this day loomed near.  and we're finally in a nice routine on school nights:  dinner by 7:30, shower at 8, unwinding and relaxing and then in bed by 9.  i know that's still on the late-ish side, but it's working for us.

on that morning, as she munched on some eggs for breakfast, i got her lunch ready.  it is so weird to be doing this again - the teen hasn't had a lunch box in forever. 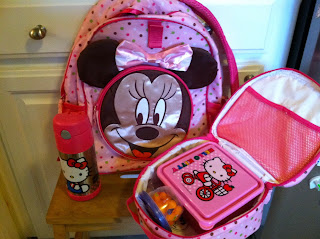 knowing that the first day of school is always a major cluster at any school, we made sure to leave nice and early.  like the majority of parents there, i had my camera in hand.  since she's not old enough yet to realize that this is supposed to be embarrassing as all hell, she was all too willing to let me take as many pictures as i wanted. 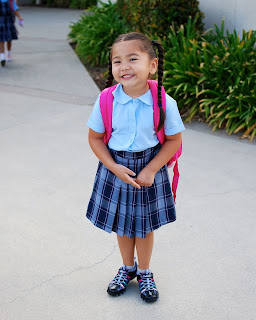 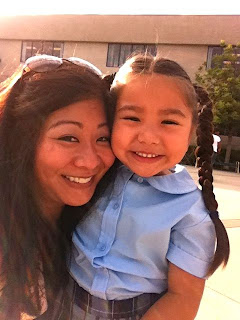 we played a round of tetherball before i encouraged her to head over to the playground and make some friends. 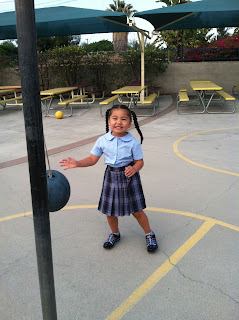 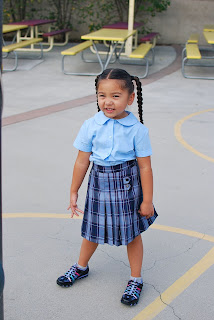 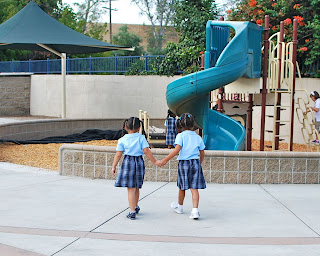 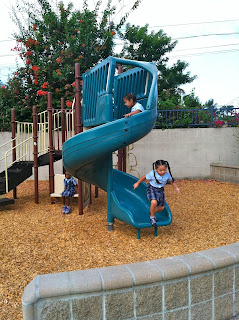 although when they headed over to join in the game of tag that a bunch of other kids were playing, she let go of her new friend's hand and hung back to watch.  that endearing gesture of tugging on her earlobe told me she was feeling a little out of her element. 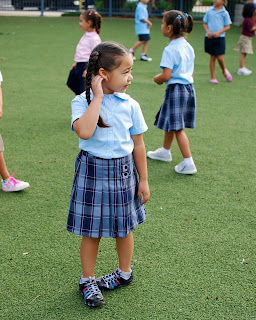 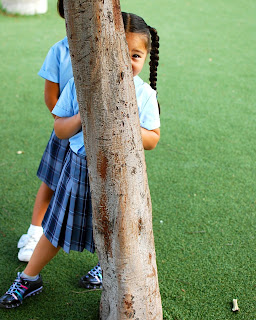 when the bell rang, she froze into place as instructed.  and then when the playground attendants blew the whistle, signaling that it was time to get in line with their classes, she followed the other kids and found her place. 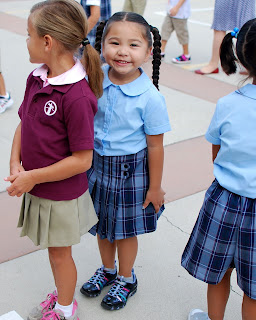 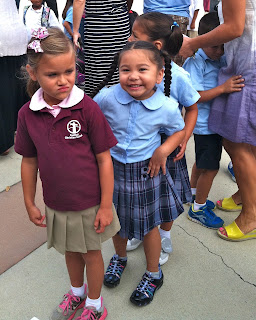 i blew her a kiss and found a spot in the back with the other parents, and watched her as she stood quietly and listened to the attendants as they introduced themselves and gave them some basic instructions about how their mornings would go.  i waved at her as she turned around, and although she  looked a little concerned when she didn't see me right away, worry turned to relief as she realized that i was still there. 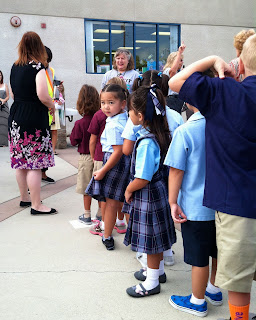 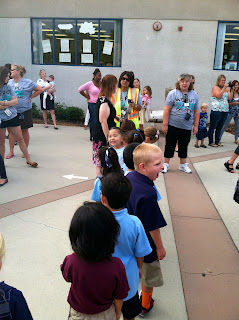 then it was her turn to wave happily at me as she and her classmates followed their teacher into the building, off to start their day and learn some stuff. 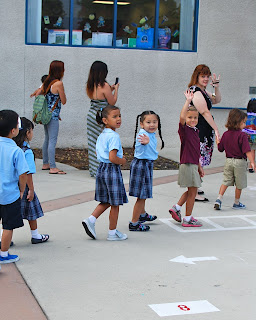 as for me, i joined the cluster of folks who were heading over to the parents' breakfast.  and apparently, there have been lots of tears shed over the years on that first day.  look, there were tears of joy packets! 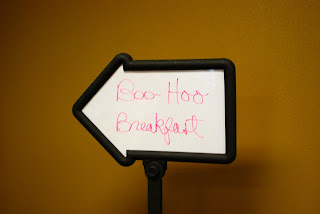 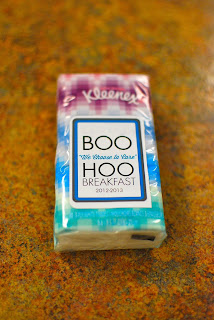 the school principal came in to greet everyone and answer questions.  he, uh, also read us a story.  yup. 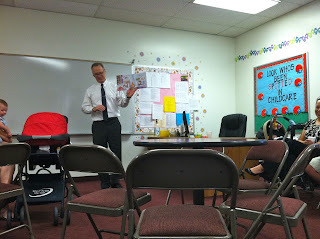 i'm not gonna lie - i'd been dreading this day for weeks.  preschool was easy - three hours a day, three times a week.  just enough time to get some stuff done and have some me time, and then spending the rest of the day together doing whatever we wanted.  but all of a sudden, i was facing six hours a day, every weekday, with just me.  and the dog.  now, you'd think this was fabulous - more time to myself, right?  and i'll admit that i was already planning ahead, scooping up groupon deals for yoga and barre classes to do while both girls were in school.  but i missed her.  sigh.

and so when q&a time was over, leaving me free for the next five hours, what did i do?  well, i'll tell you:  i took myself out to breakfast. 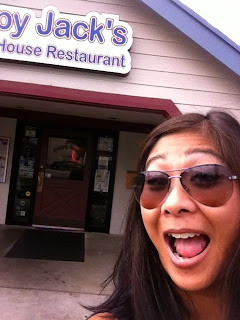 i managed to kill an hour, enjoying a leisurely meal all by myself, looking at the photos i'd taken and mulling over what else i could do until it was time to pick her up.  and i found myself in the old routine i'd been in during those preschool hours - only this time, i didn't have to stress over getting everything done before 11:30.

when it was finally time, i headed back to school rather eagerly - and not exactly alone.  i'd picked up a cute little toy and put it in her seat so that she'd find him when she opened the car door. 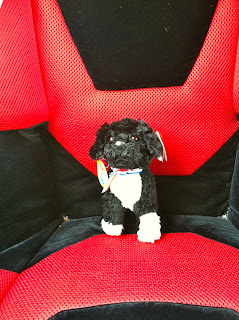 it was fun to watch her delighted expression when the door opened and i was the first thing she saw. 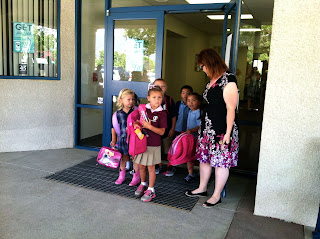 and of course, she was really excited to find my little surprise. 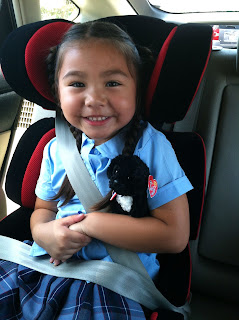 Email ThisBlogThis!Share to TwitterShare to FacebookShare to Pinterest
Labels: surprise gifts are fun, the bean goes to school