i have never been one who was very good with hairstyling.  hell, i can barely get my own nugget to look halfway decent.  i tried and tried with the teen when she was little, but i was lucky to get her out of the house with her hair brushed at all, let alone pulled up into anything cuter than a couple of pigtails.

enter pinterest.  of course, right?  i was just browsing the "everything" tab one day when i came across this pin, which led me to all sorts of great ideas for things to do with the bean's two feet of hair.  it started with the 'do i managed to pull off for her on valentine's day - you remember this, right? 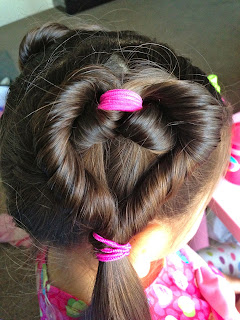 after struggling with the first step of that style, i headed to target to pick up a "topsy tail," a stupid little gadget that works magic.  i considered just making one myself, but realized it would be more trouble than it was worth and coughed up the $5 for the damn thing.  and with that piece of plastic, i was able to accomplish this quite easily: 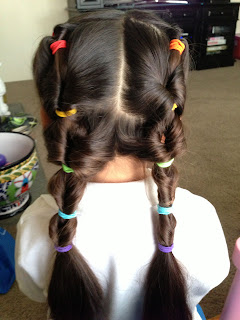 and now that i've perused more and more websites dedicated to cute hairstyles for little heads, i've kind of become addicted.  this one was easy, and the bean came home from school that day puffed up with pride over the number of compliments she got. 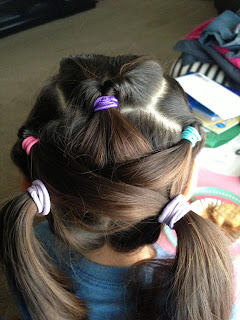 i'm no good with french braiding, but a simple twist?  easy enough for even me. 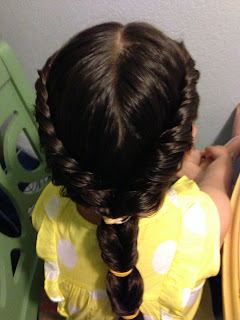 these new hair skillz totally paid off while we were at disney world this weekend. 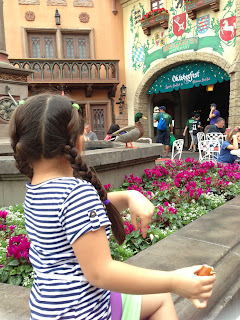 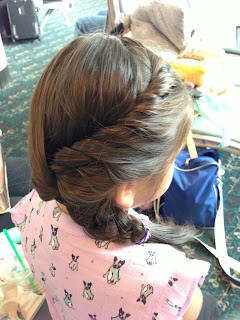 maybe i won't be as eager to talk the bean into letting me get her hair chopped off after all.
at February 26, 2013