the rock & roll pasadena 5K and half marathon started at the rose bowl.  conveniently, lilcee lives less than a mile from the start line, so the bean and i headed out to pasadena bright and early.  mr. lilcee and a friend of his were running the half, so we all walked down there together.

seems like we always manage to get to the start line for these runs just in the nick of time.  as we got there, the gun was going off for the first corral, and since i knew that the start time for both runs were the same, i just slid into the crowd for the next wave. 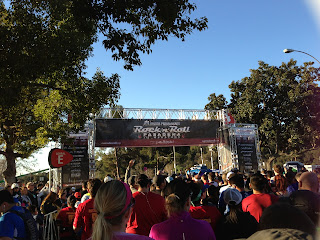 except that as we got almost a mile into the run, i looked around and realized that this crowd was already starting to head out of the rose bowl.  crap.  the 5K was just a loop around the bowl, and so i had to step out into the parking lot and jog back to the start line.  sure enough, as i got there, the mini marathoners were lining up to start the 3.1 mile run.  luckily, i was planning on doing a couple of extra loops to make up my last long run before the princess half.  except that i was bummed that my timing chip would be off, since i'd already stepped on the mat with the halfers.  oh, well. 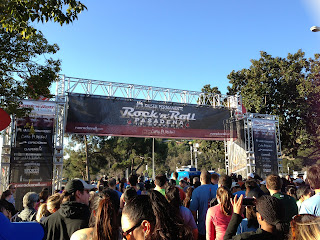 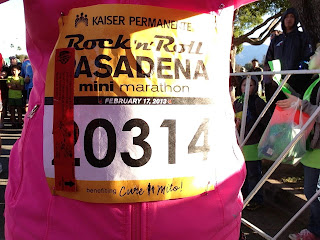 there was a decent amount of course entertainment here, considering it was a short run.  there were cheer squads and a live band.  pretty cool.  although i'm sure it was because the half marathon would do part of this same loop towards the end of their 13.1 miles. 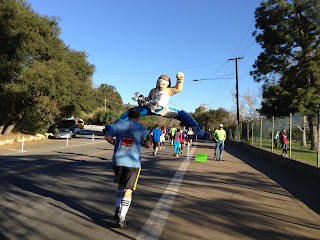 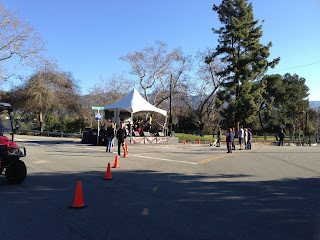 i crossed the finish line fairly quickly, and happily accepted my medal before resetting my nike+ app for my extra laps. 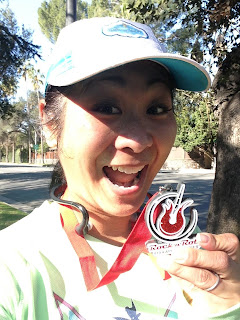 it was a little weird going through the course again and hearing the cheerleaders yell for me as i passed them by.  i wasn't running the half, and i'd hidden my bib and put my medal in my pocket to make it look like i was just a random resident out for a run.  but it was kind of cool as i was doing my third lap to see the speedy half marathoners sprinting towards their finish line.

i got through my run and headed back to lilcee's house, where she treated me to some homemade dumplings and delicious sticky rice.  it was the best possible recovery meal - carbs AND protein! 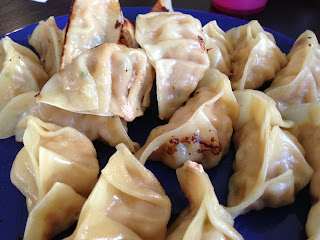 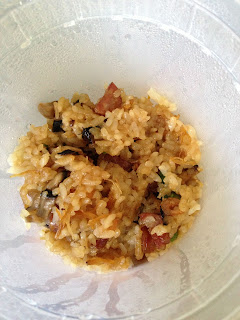