last week, the girls and i headed out to the pasadena convention center so i could pick up my bib and shirt for the rock & roll pasadena mini marathon, which was a cute way to say "5K." 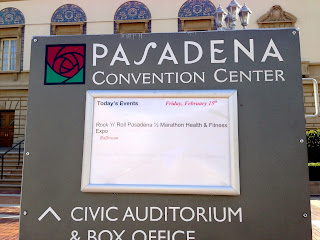 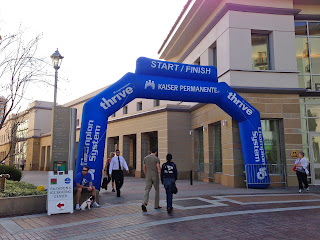 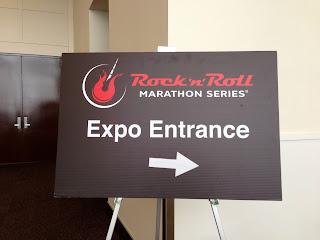 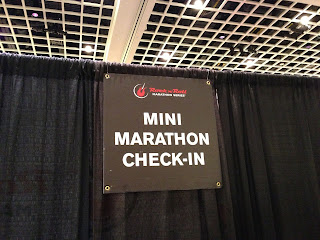 it was pretty easy to get through, since we were there at 2:30 on a friday afternoon.  i knew it would be much crazier later that afternoon, or the next day.  i had no problems picking up my stuff, and we headed into the expo to check out what there was to see. 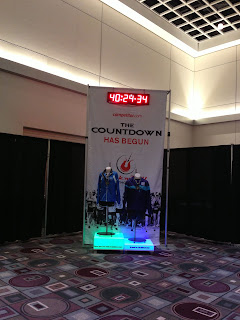 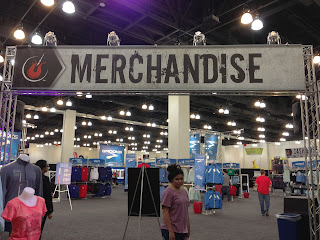 i was slightly disappointed to see that there was no merchandise love for the 5K - everything was emblazoned with the half marathon logos.  but that's okay - that way i kept my money and we sauntered through the vendors and picked up freebies.  the bean liked spinning wheels for prizes. 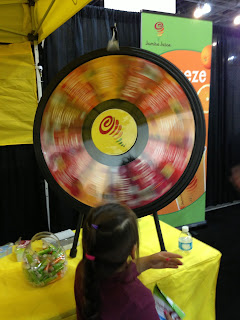 she scored a lei and did a hula for us. 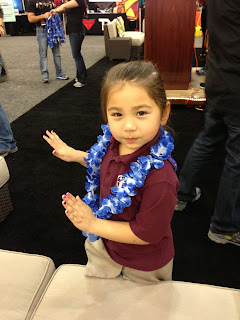 and she took full advantage of the photo ops.  i just don't know who she learned that from. 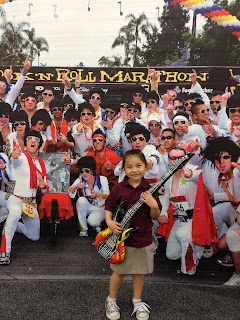 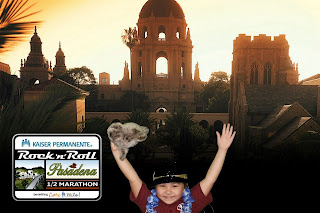 we did get sucked in at one booth, though.  there's a coaster run 5K at knott's berry farm next month, and so all three of us are signed up - the bean's doing the 1K kids' run.  it's always my hope that bringing them to these expos and doing all of the runs that i do is setting an example for them to get out and be active on a regular basis.