bean at the barre

ages ago, i'd asked the ladies at xtend barre if they were planning on doing any more "mommy & me" classes.  they'd attempted it once or twice awhile ago, but it had been during the school year and was mostly limited to the under-5 crowd.  a few other folks expressed some interest too, and then we all forgot about it.

then a few weeks ago, i decided to drop cara, the owner, an e-mail to see if she thought they'd give it a shot before summer came to an end.  they're actually hard at work opening a second studio and just hosted a 5-day intensive training session for wannabe xtend instructors, so i kind of figured it wouldn't happen anytime soon.

i got a response from her last week offering to do a small class with our daughters, mostly to give her a chance to practice teaching a class and see how the girls liked it.  after coordinating schedules, we were ready to go.

the bean was super excited for class.  she'd been asking me for weeks, and i was pretty happy when i was finally able to tell her that yes, we were finally going to take a class together.  and because i'm also her mommy, the teen got to come too.

time for the warm-up!  she thought it was pretty cool that there were 1-pound weights, perfect for her to use.  and of course, she struck a pose. 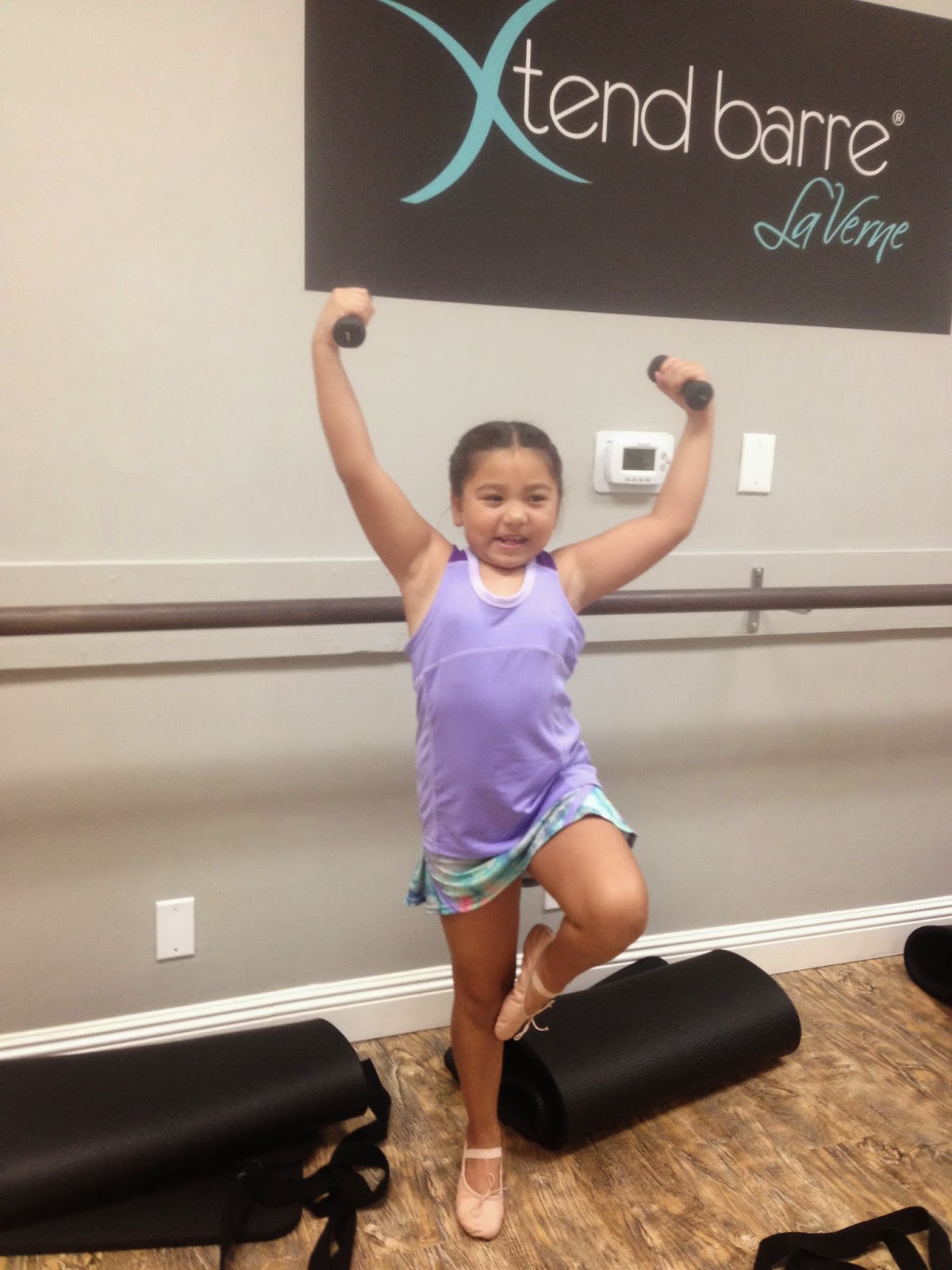 setting up for tricep dips. 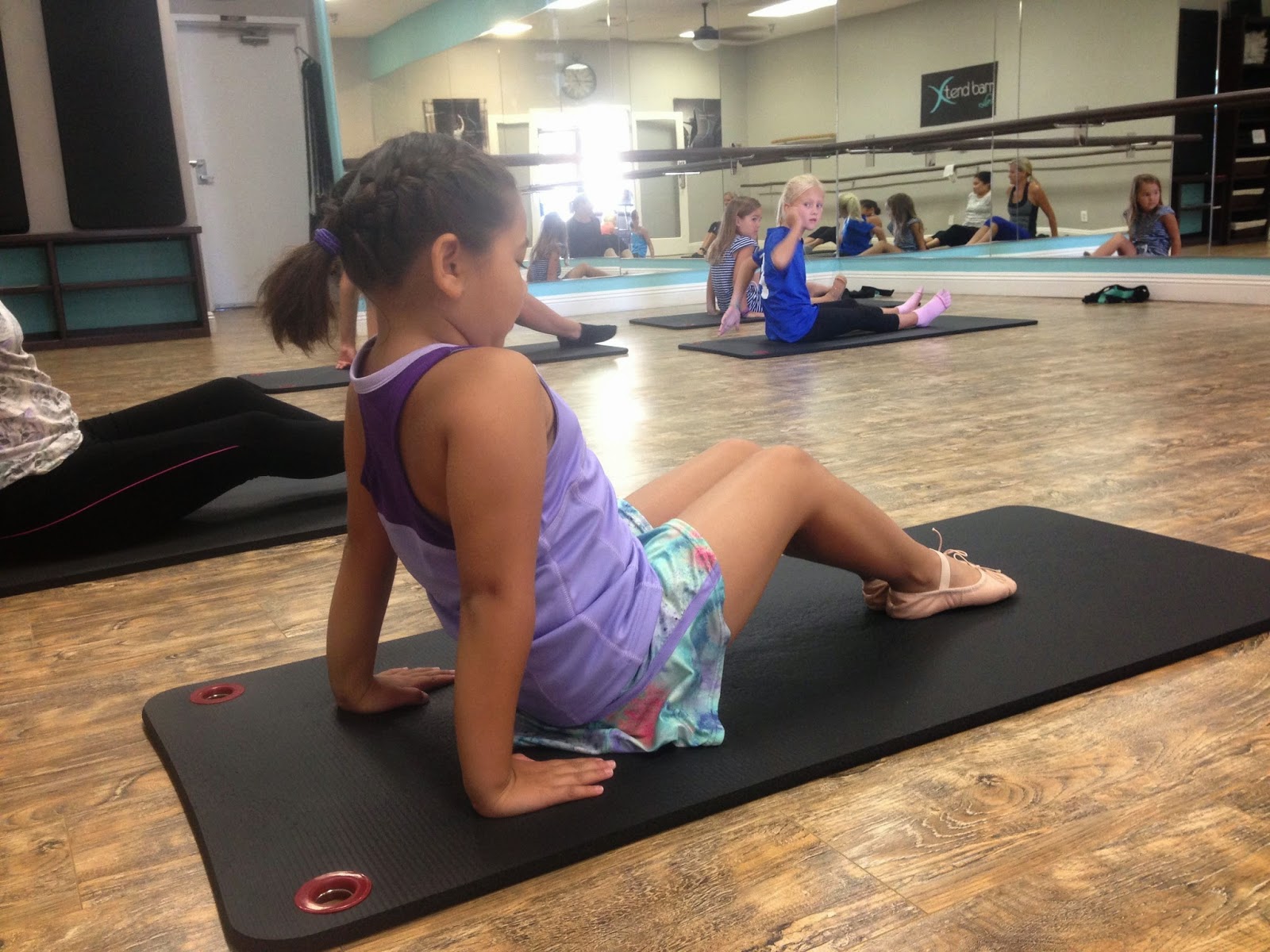 after rolling up her mat and taking a spot at the barre, she practiced a few pliés. 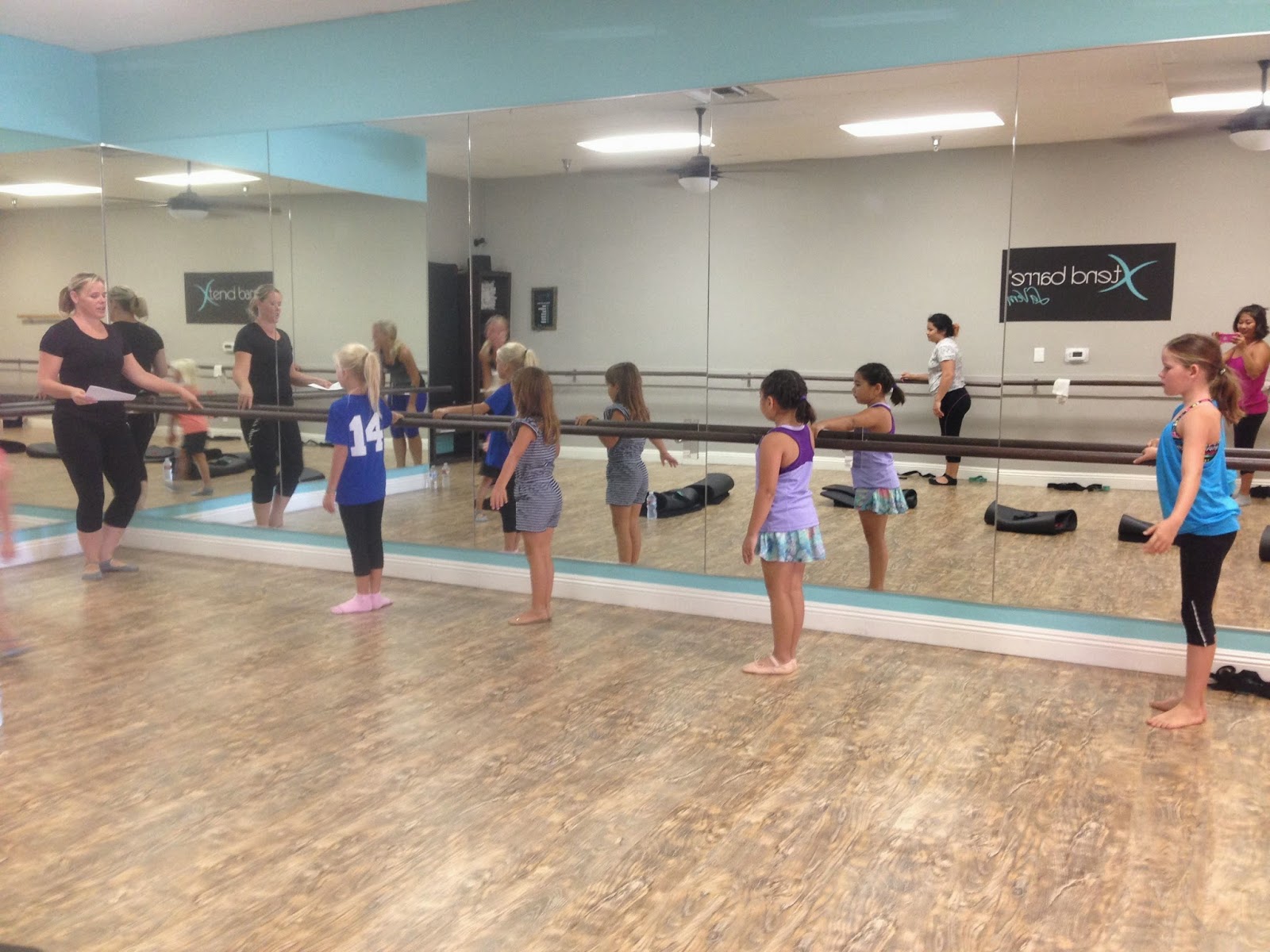 a little cardio and balance work. 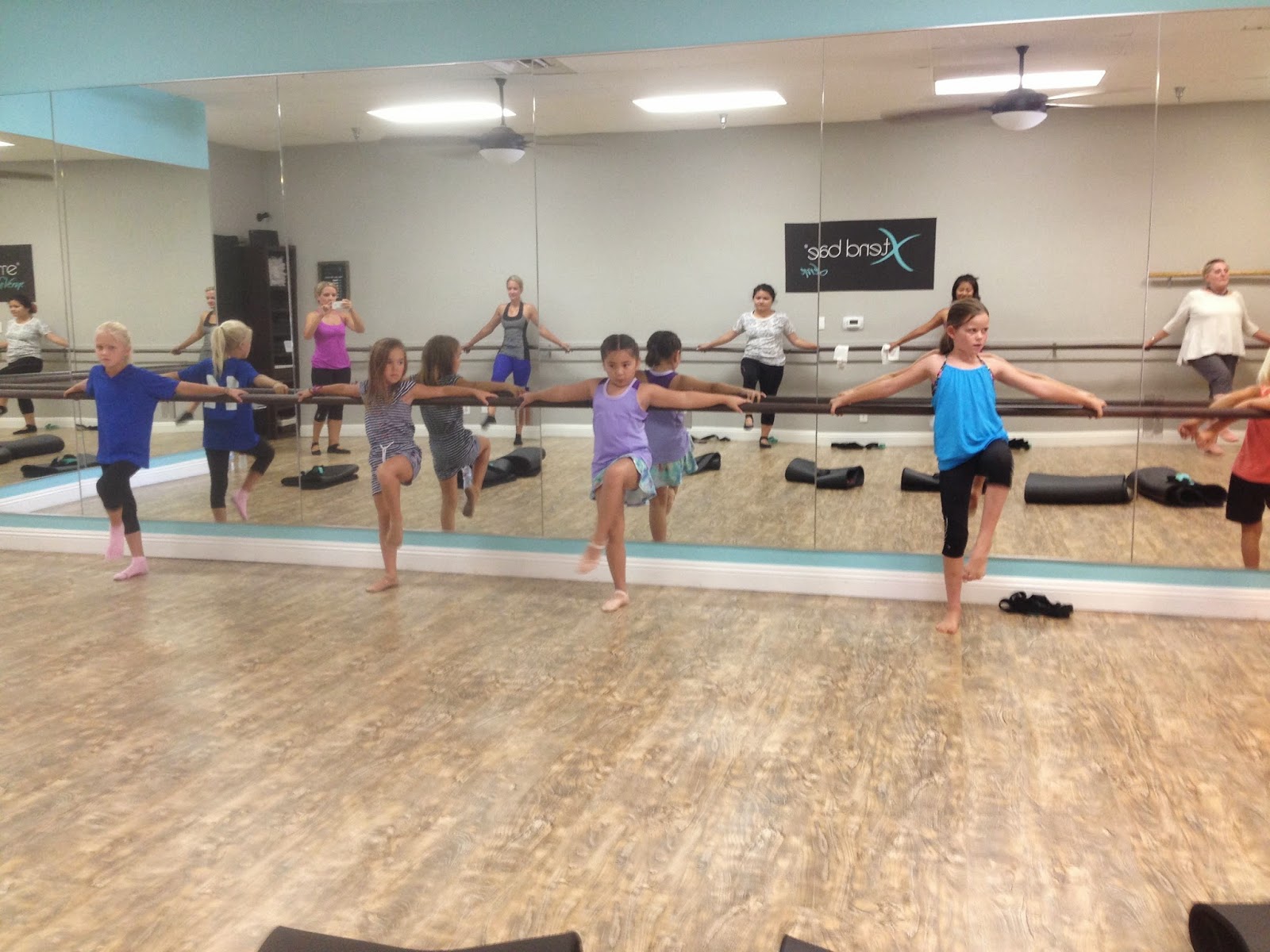 often the hardest part of class - the foldover series. 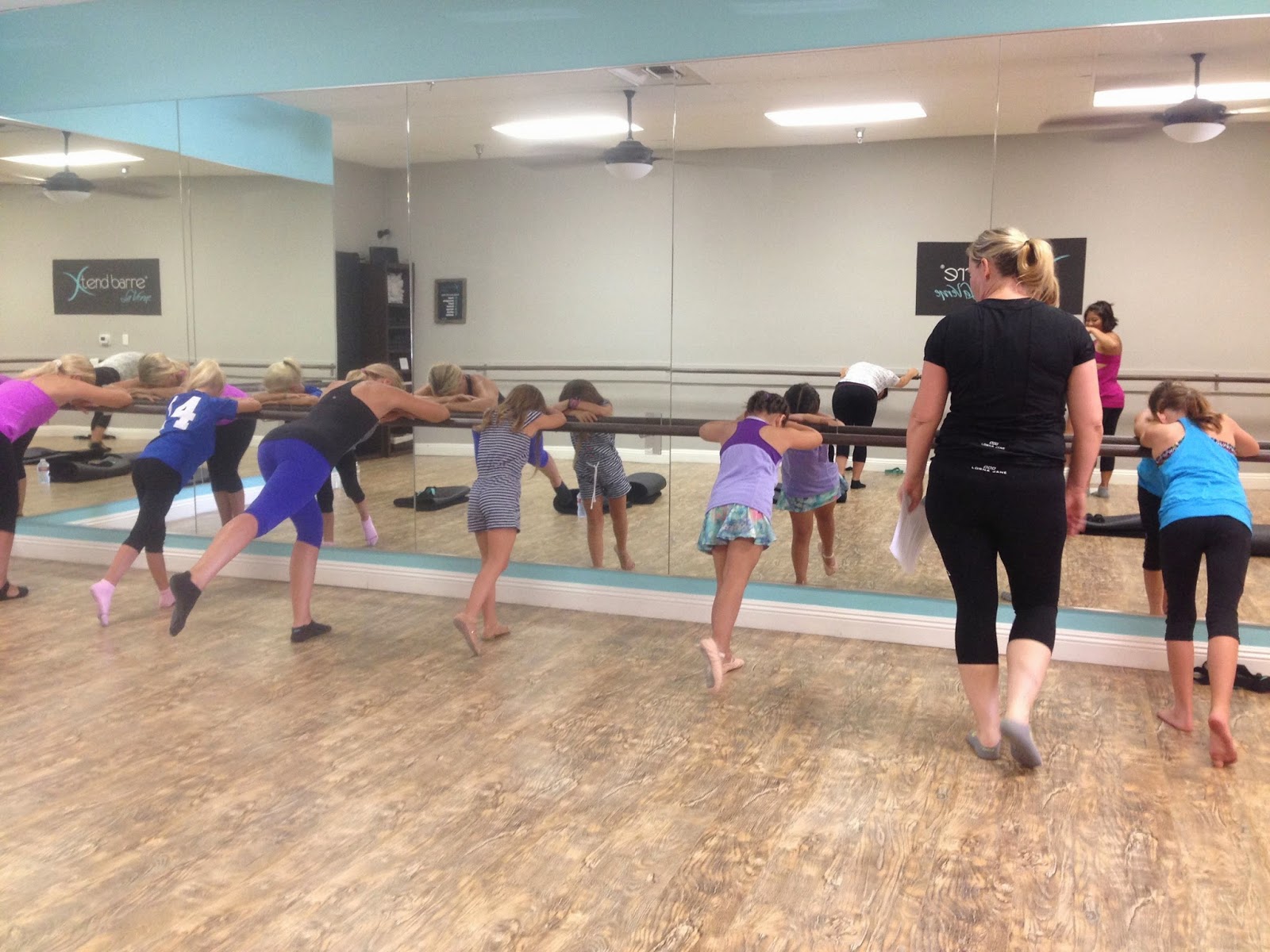 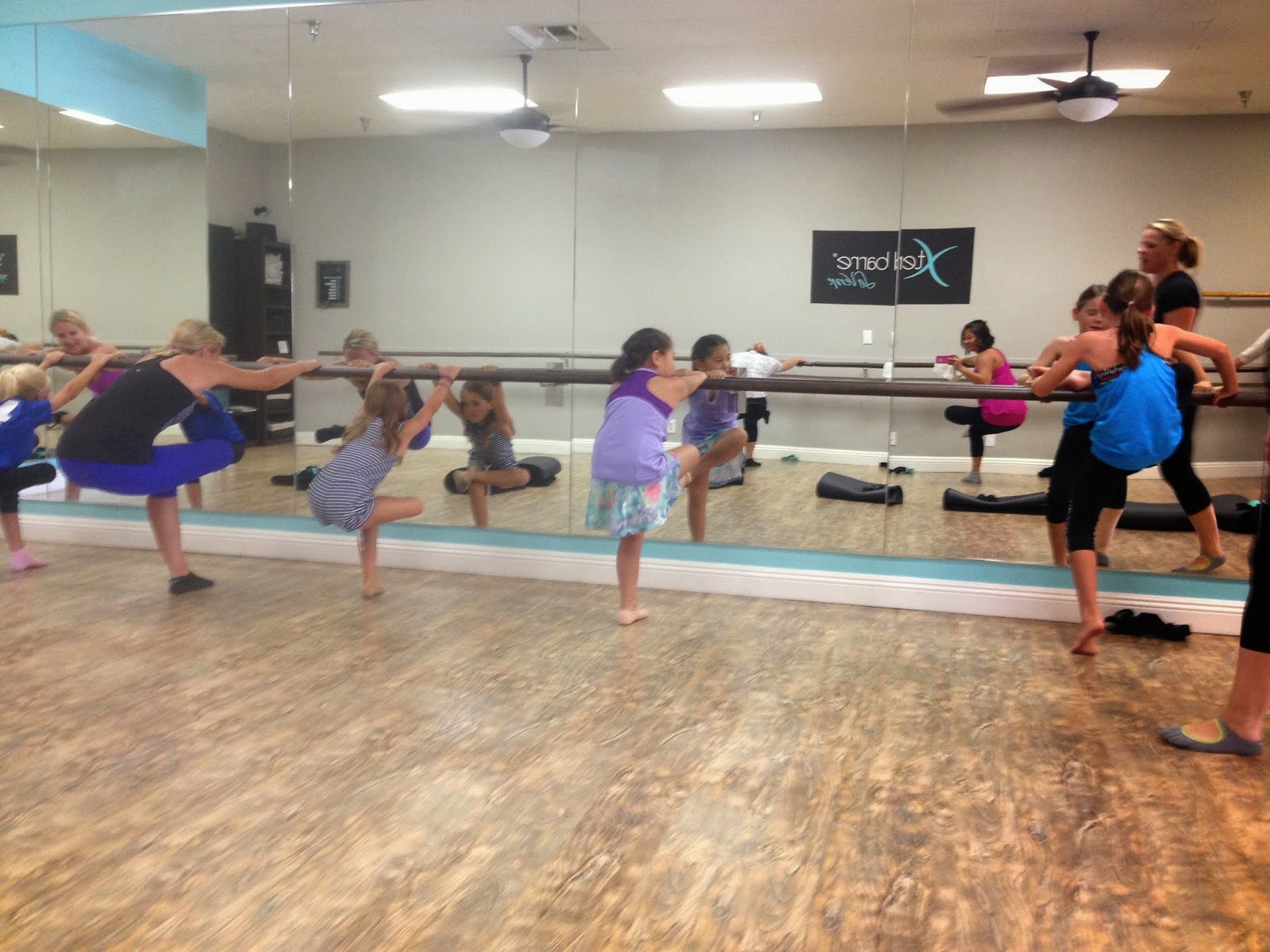 it was really cute watching her try her hardest at the ab work using the yoga strap. 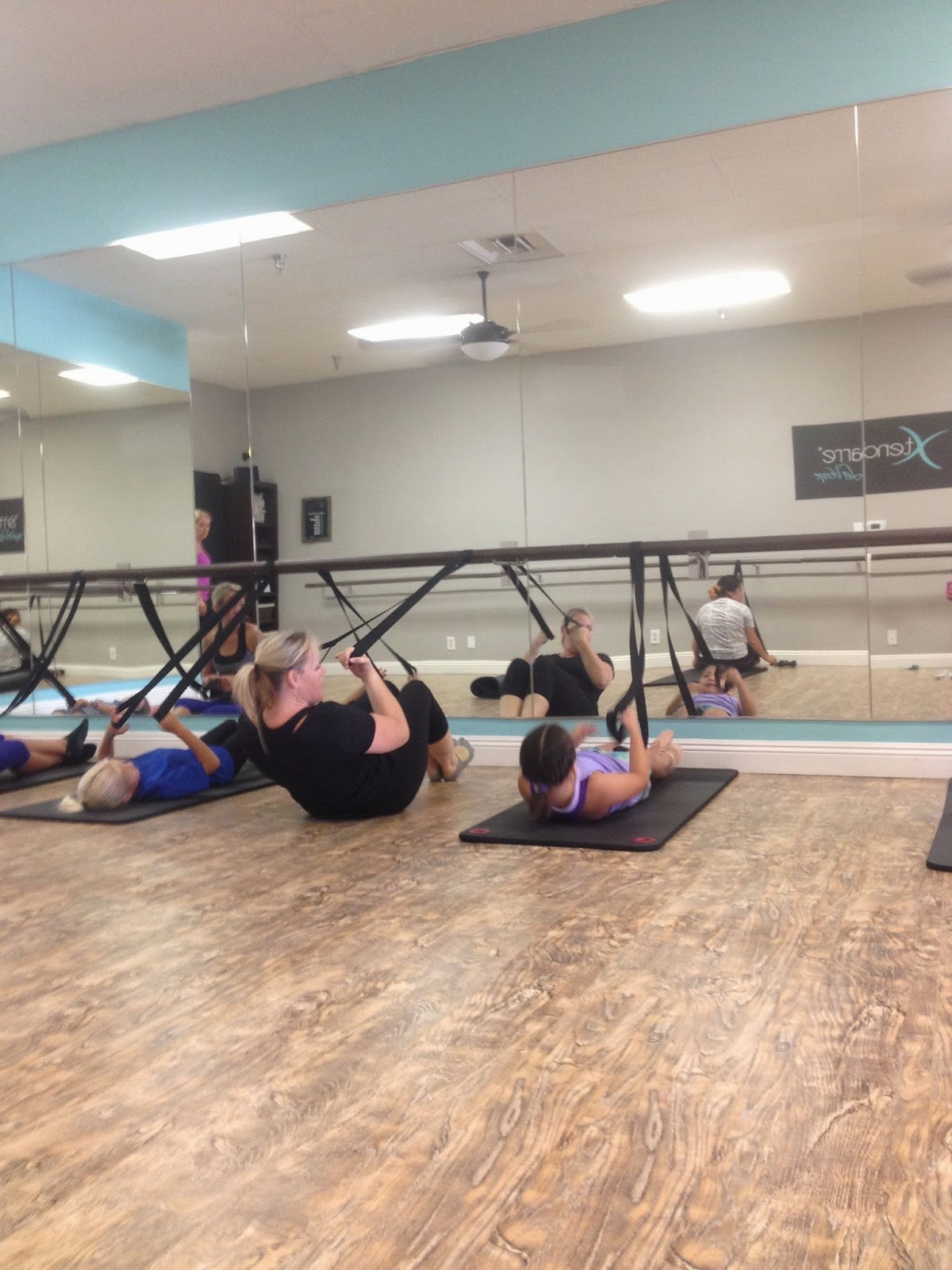 i want to ride my bicycle... 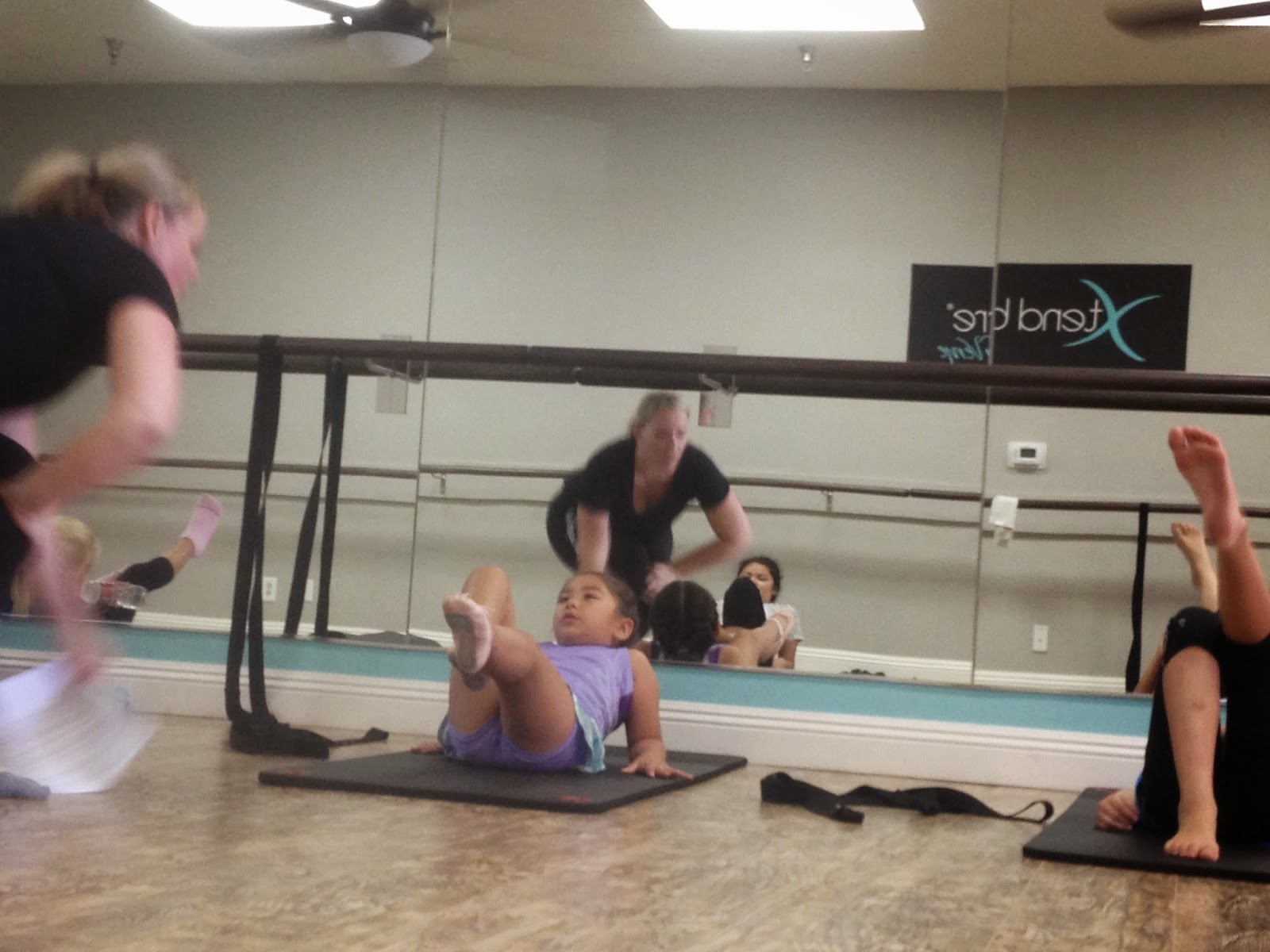 a little booty work with the stretchy band.  here's one: 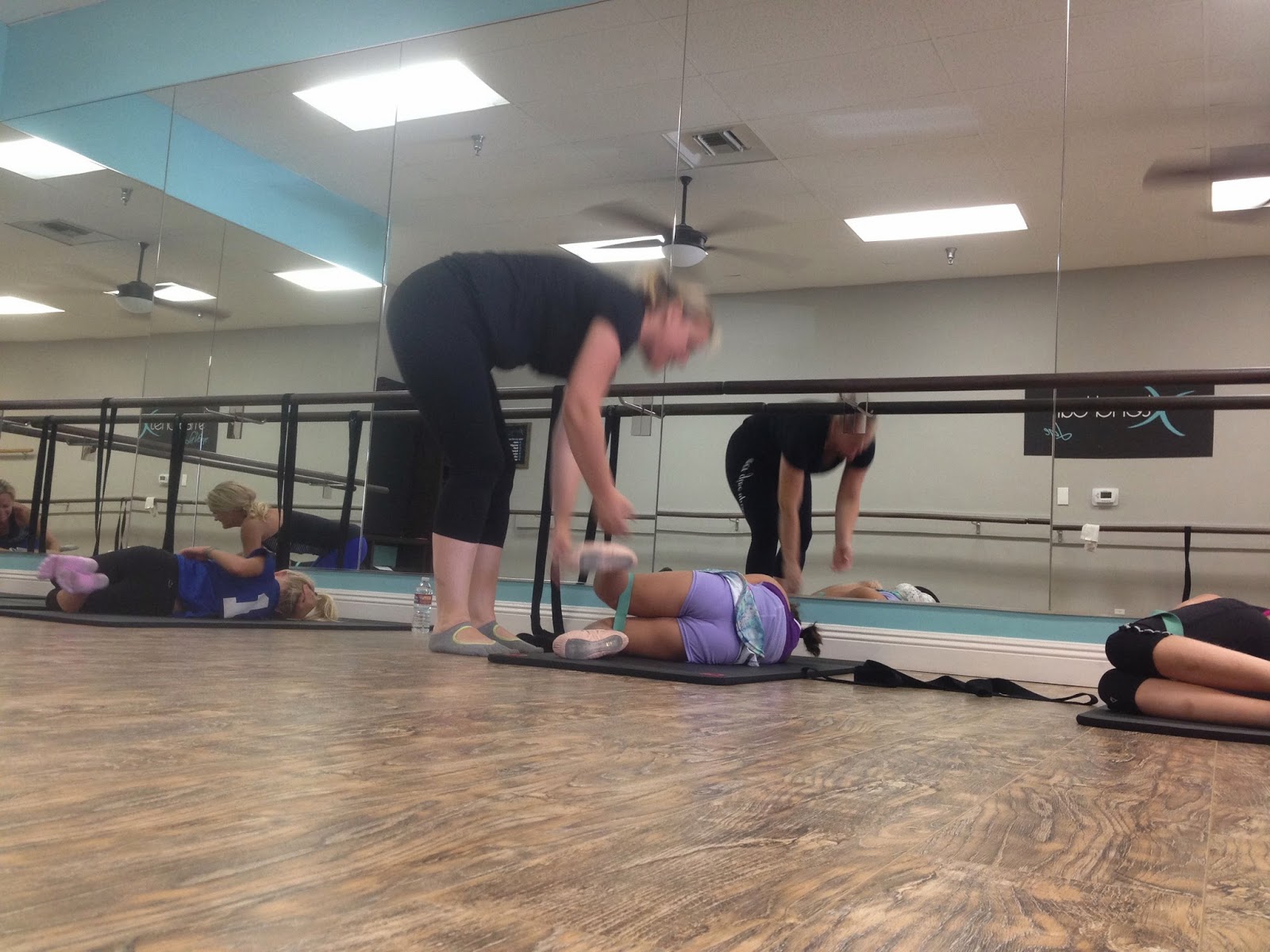 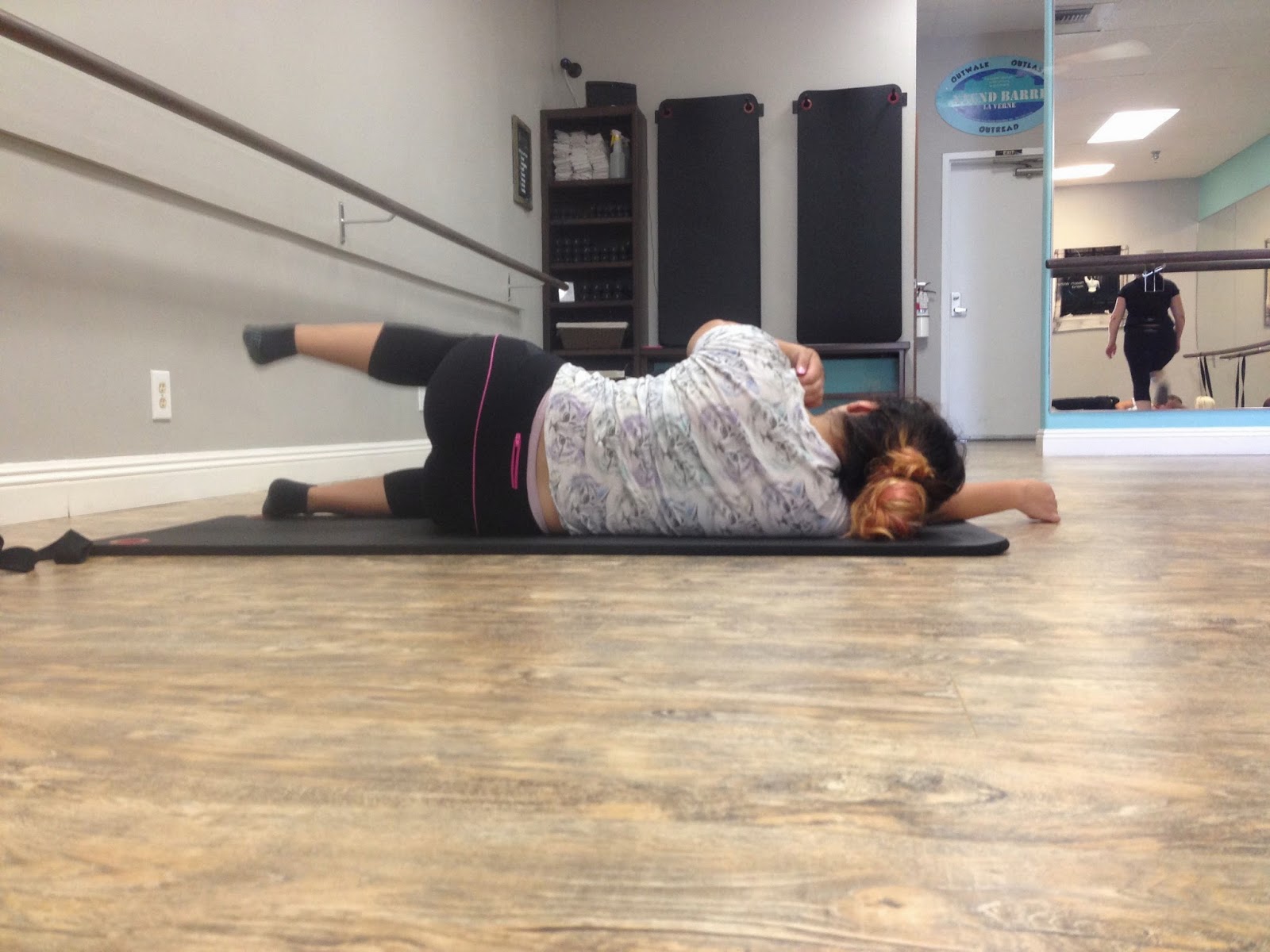 all done with the hard stuff.  a few final stretches: 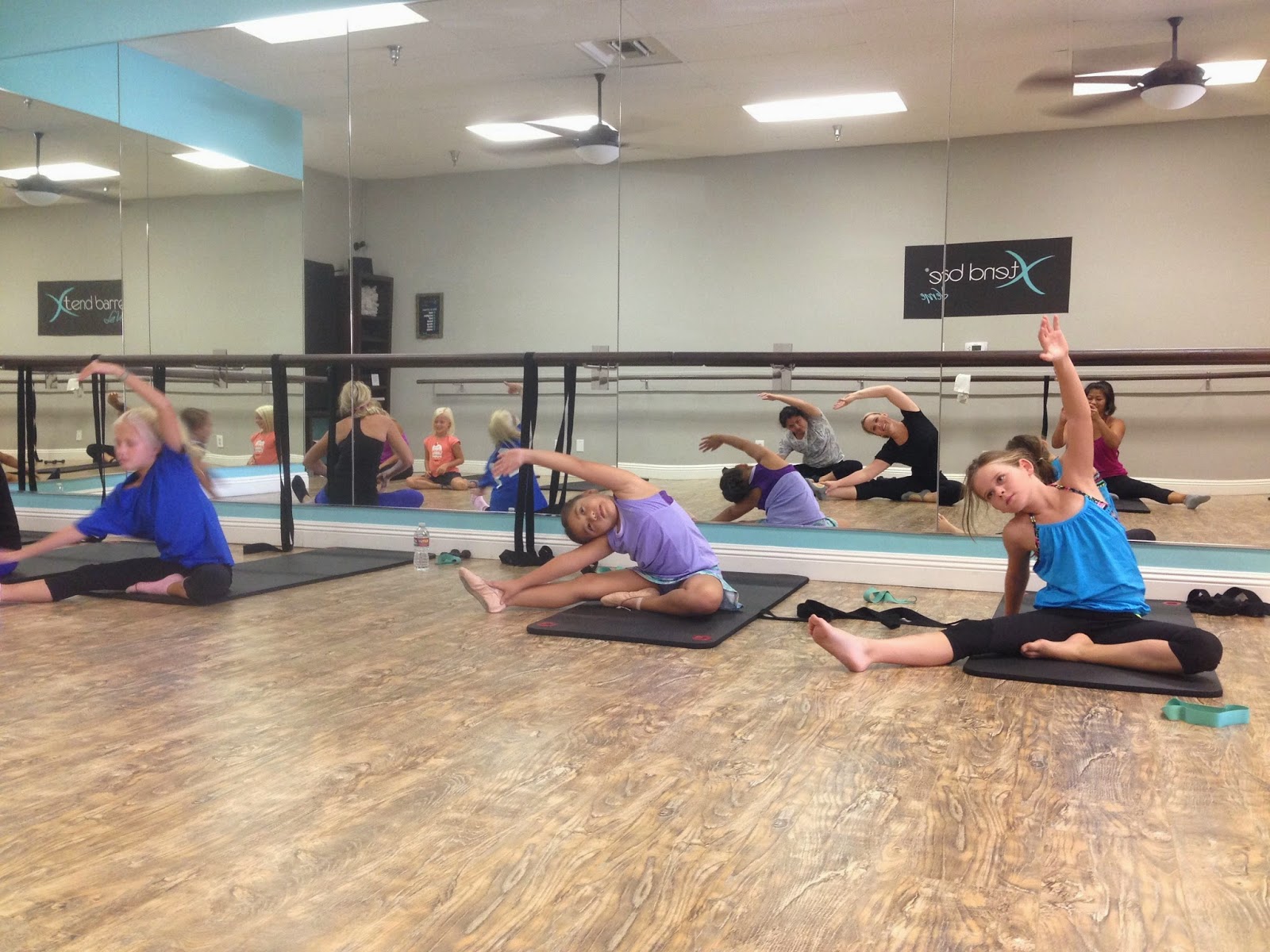 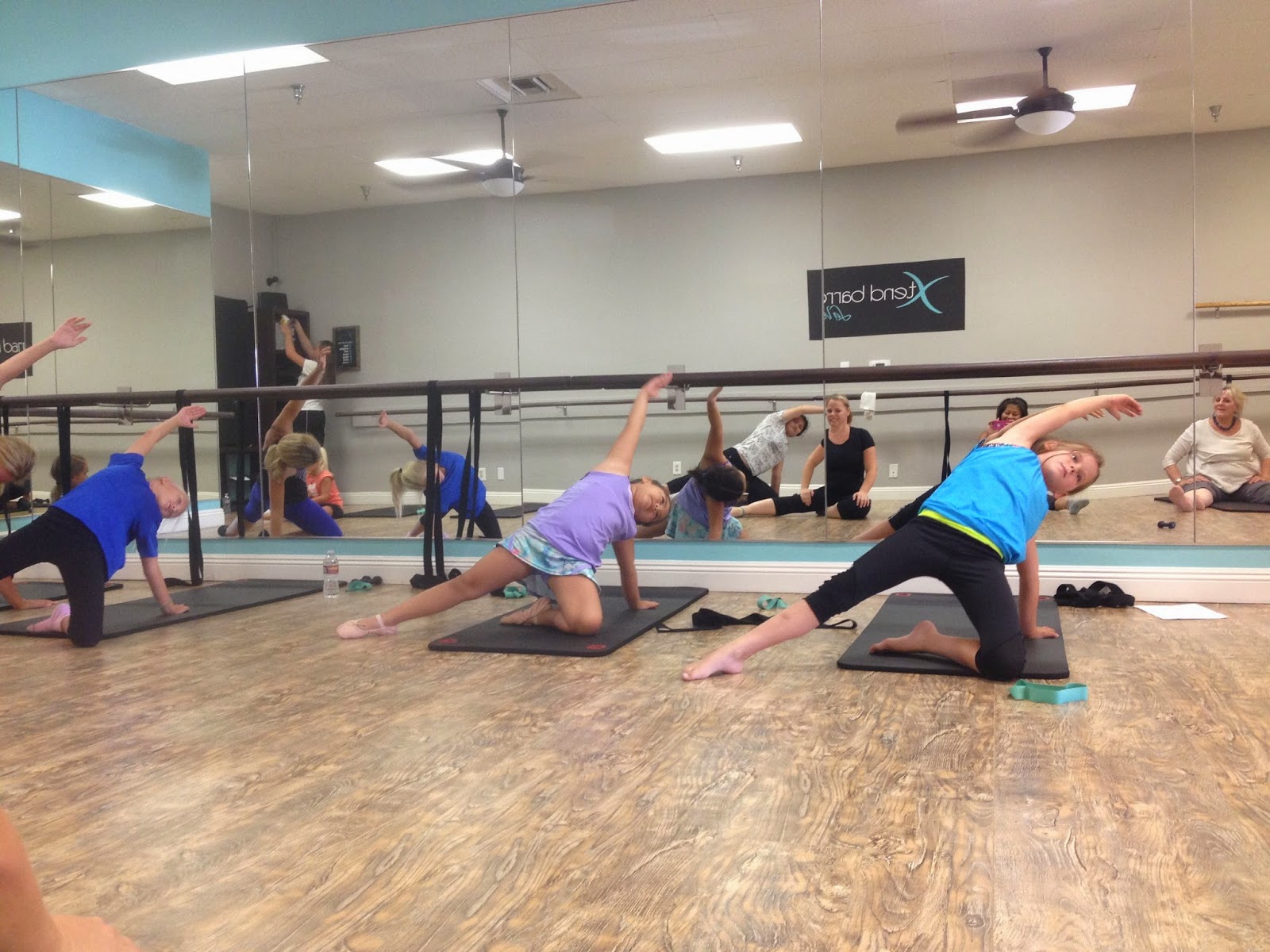 i'm mostly amused with my reflection in the mirror here.  but hey, i still managed to keep my relevé while snapping pictures. 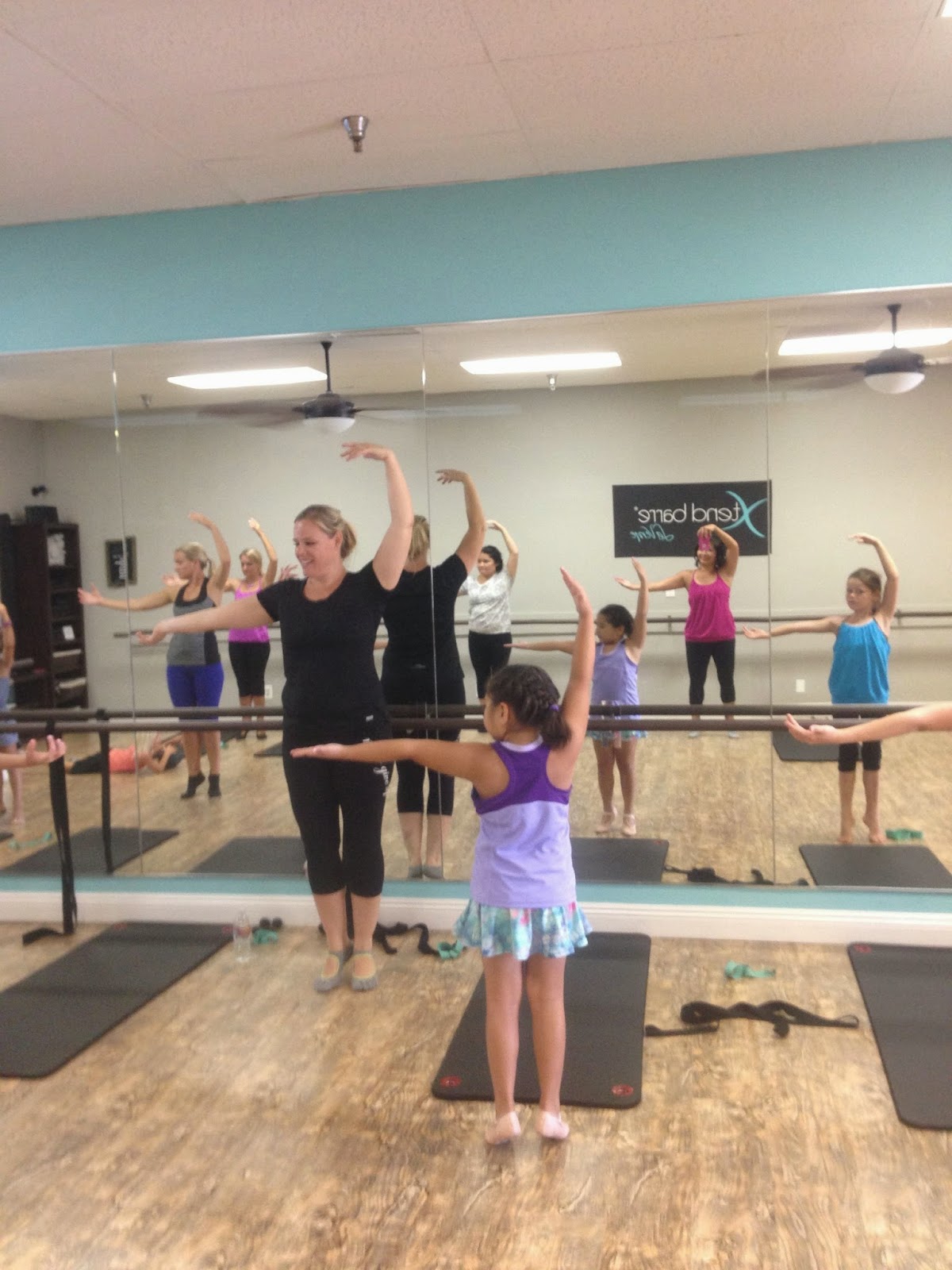 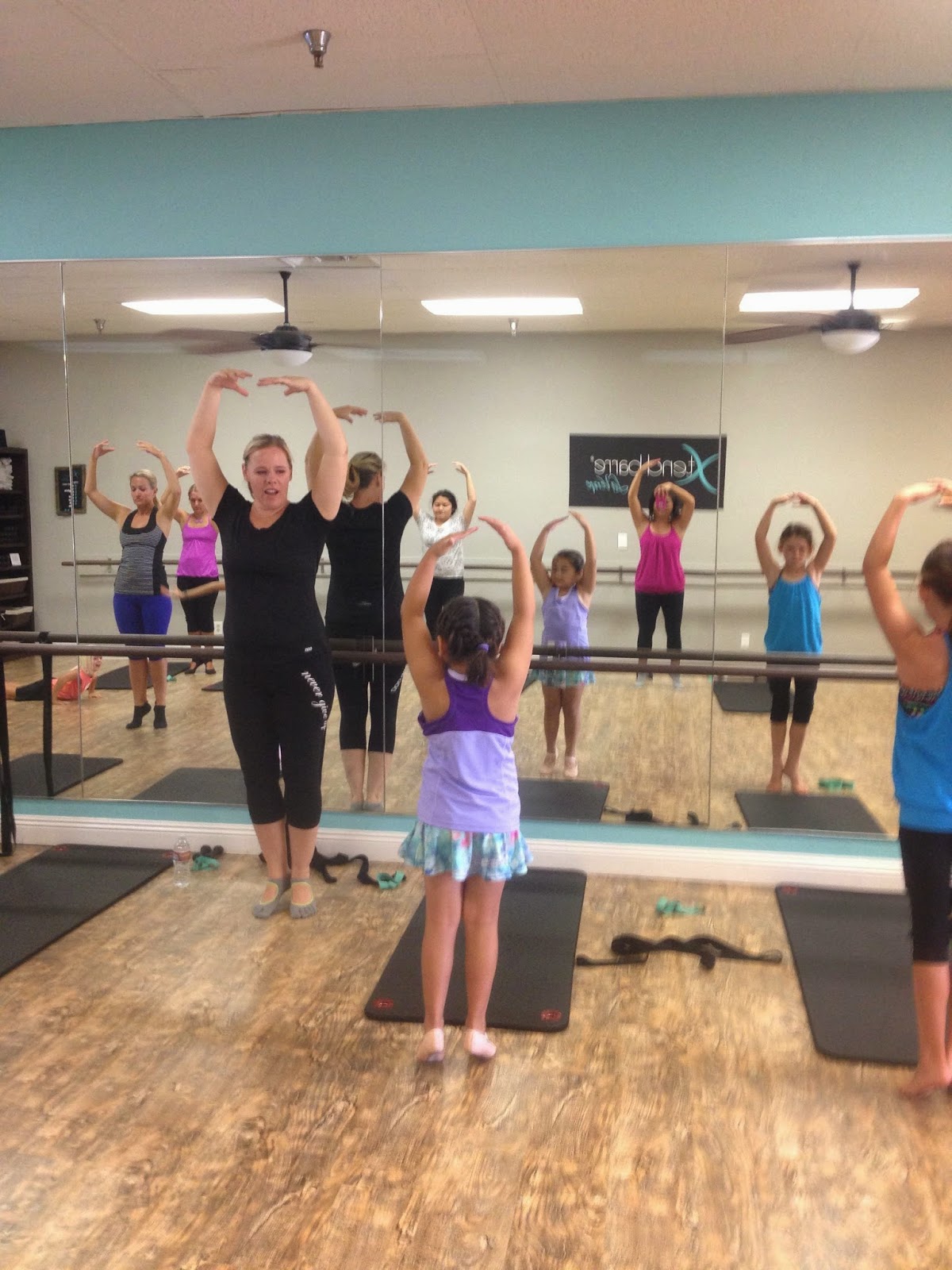 cara seems to be a natural at teaching the little ones.  she said she was really nervous, but i couldn't tell.  and i thought this was a great way to ease into teaching - kids don't care if you mess up now and then.  i hope she decides to make this at least a semi-regular thing at the studio.  despite my occasional breaks to take pictures, i managed to get in a pretty good workout, and the bean said she had fun and wanted to go again.

all in all, a very successful first mommy & me class! 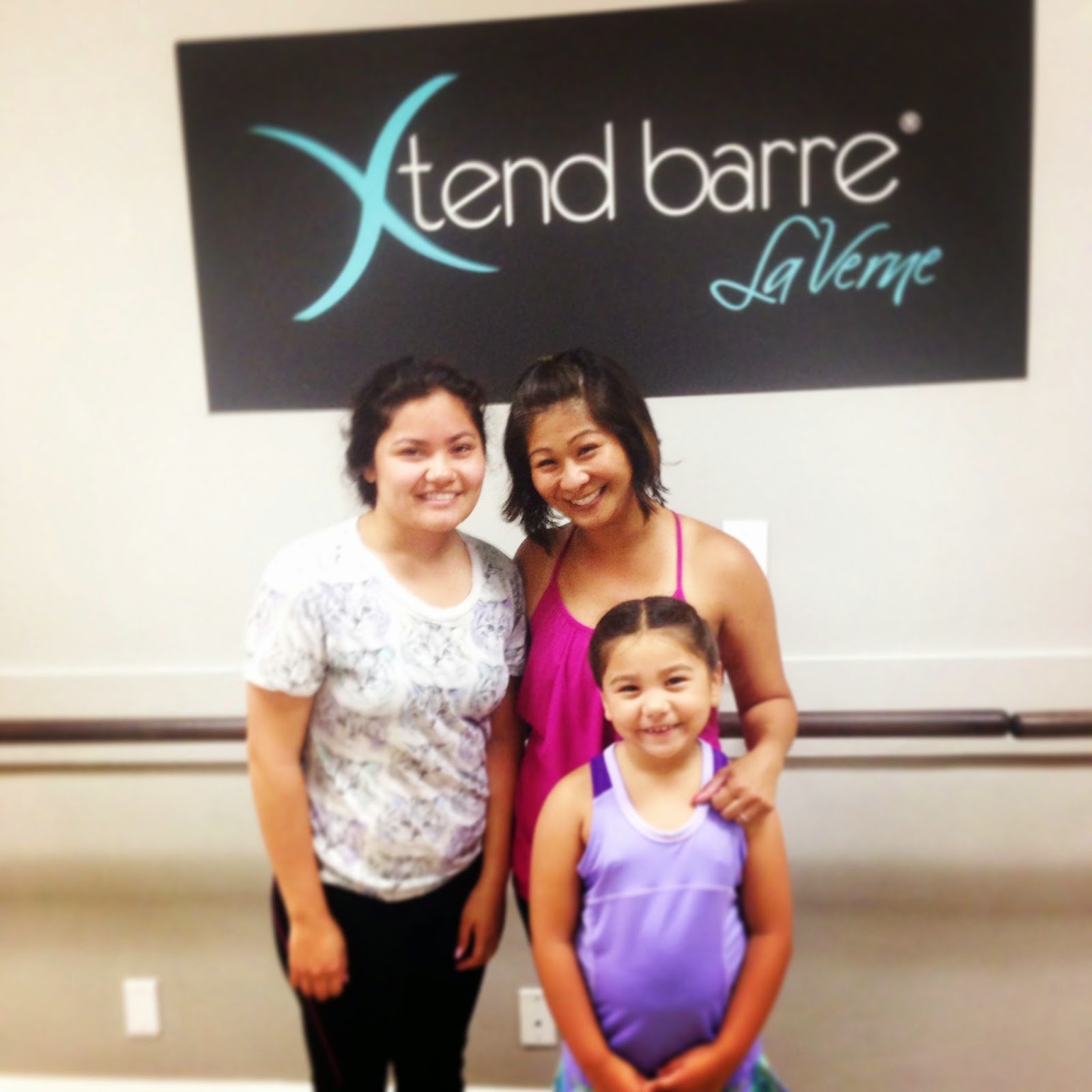 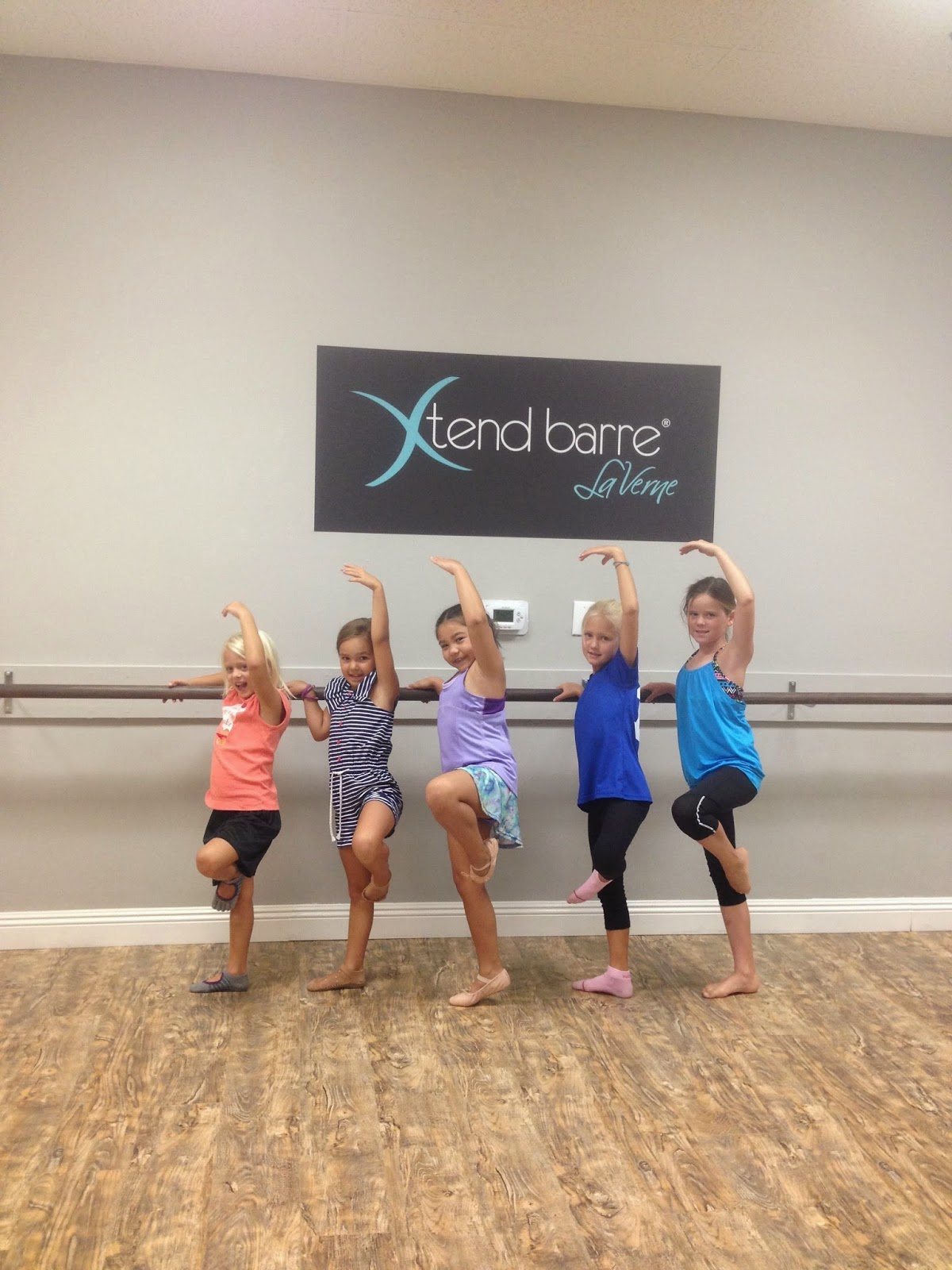