keep calm and dance on

i'm always on the lookout for cute cookie designs that i hope to do someday.  i save them to a pinterest board, so i can find them easily later on.  one of those was sweet sugarbelle's bowing ballerina cookies, which i was pretty excited to finally tackle last week.

i somehow managed to even have the same cookie cutter she used in my stash, which was awesome.  after the usual routine - mixing dough, rolling, cutting, baking, and finally flooding, i had a couple dozen of these all ready to decorate. 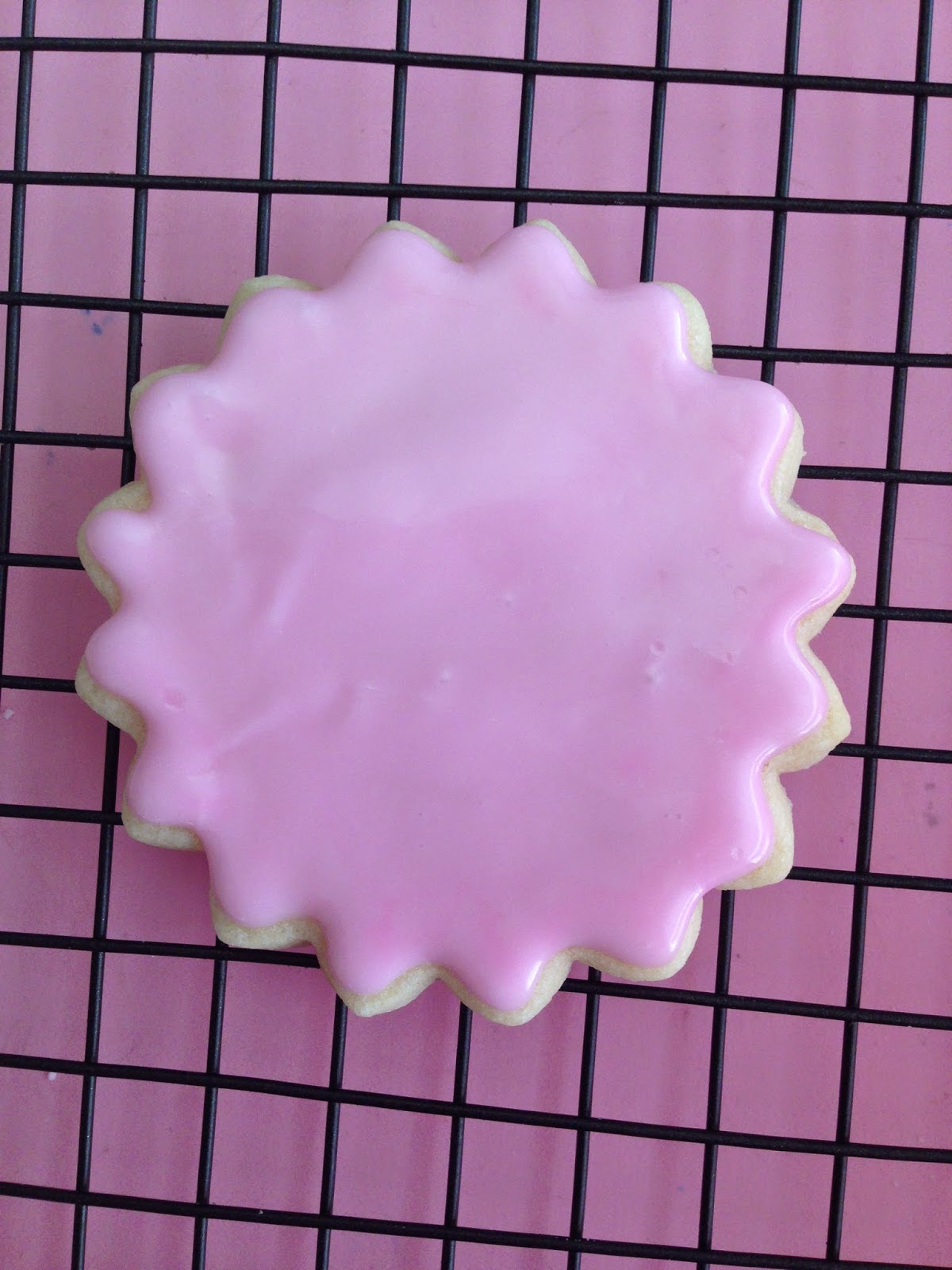 in her version, she also bakes a mini cookie to form the head and ballerina bun and then attaches it to the top with a little royal icing glue.  because i'm lazy and am always looking for a short cut, i let the bases dry and then tried my hand at simply freehanding the design on with frosting.  first, the face. 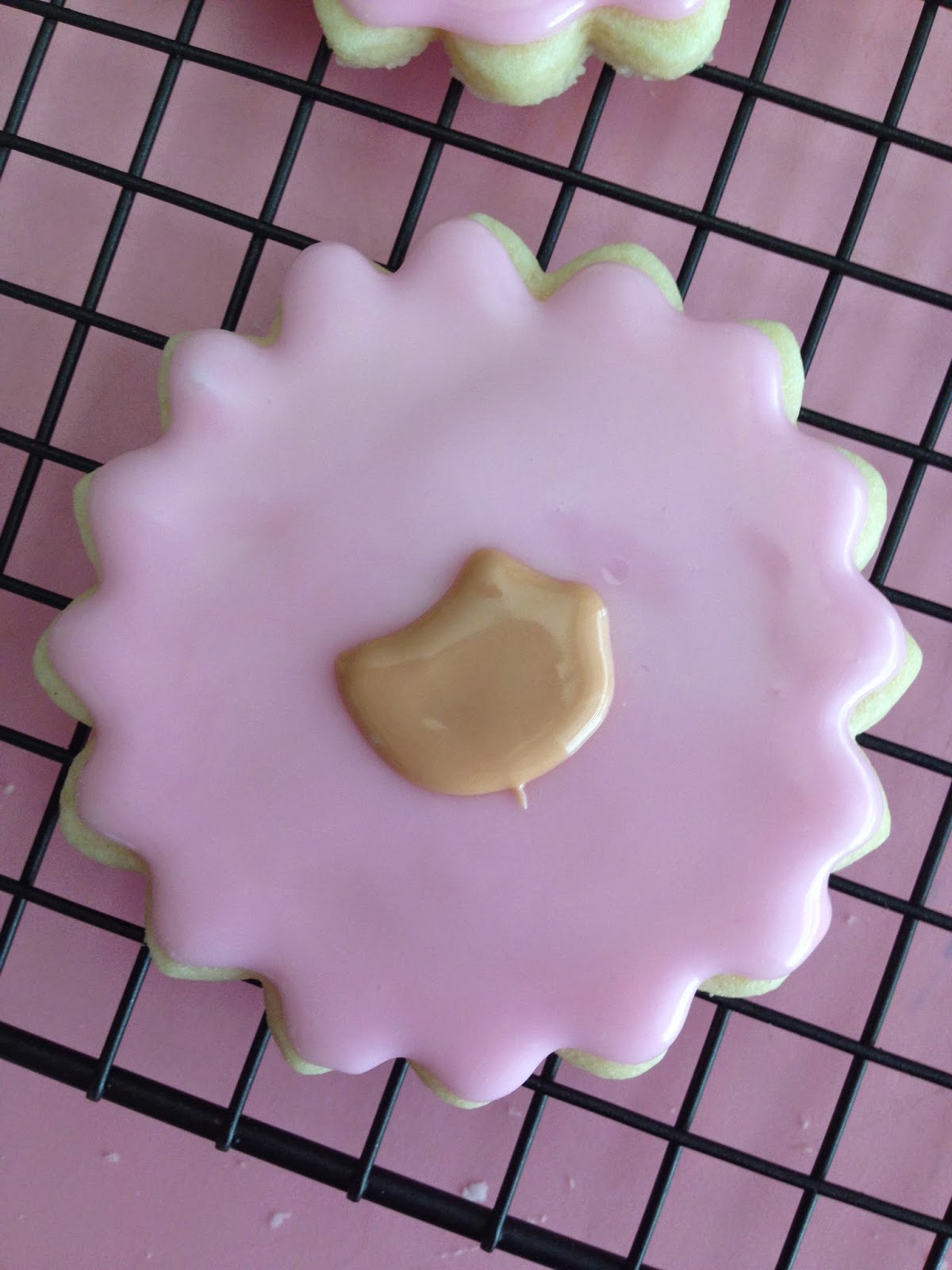 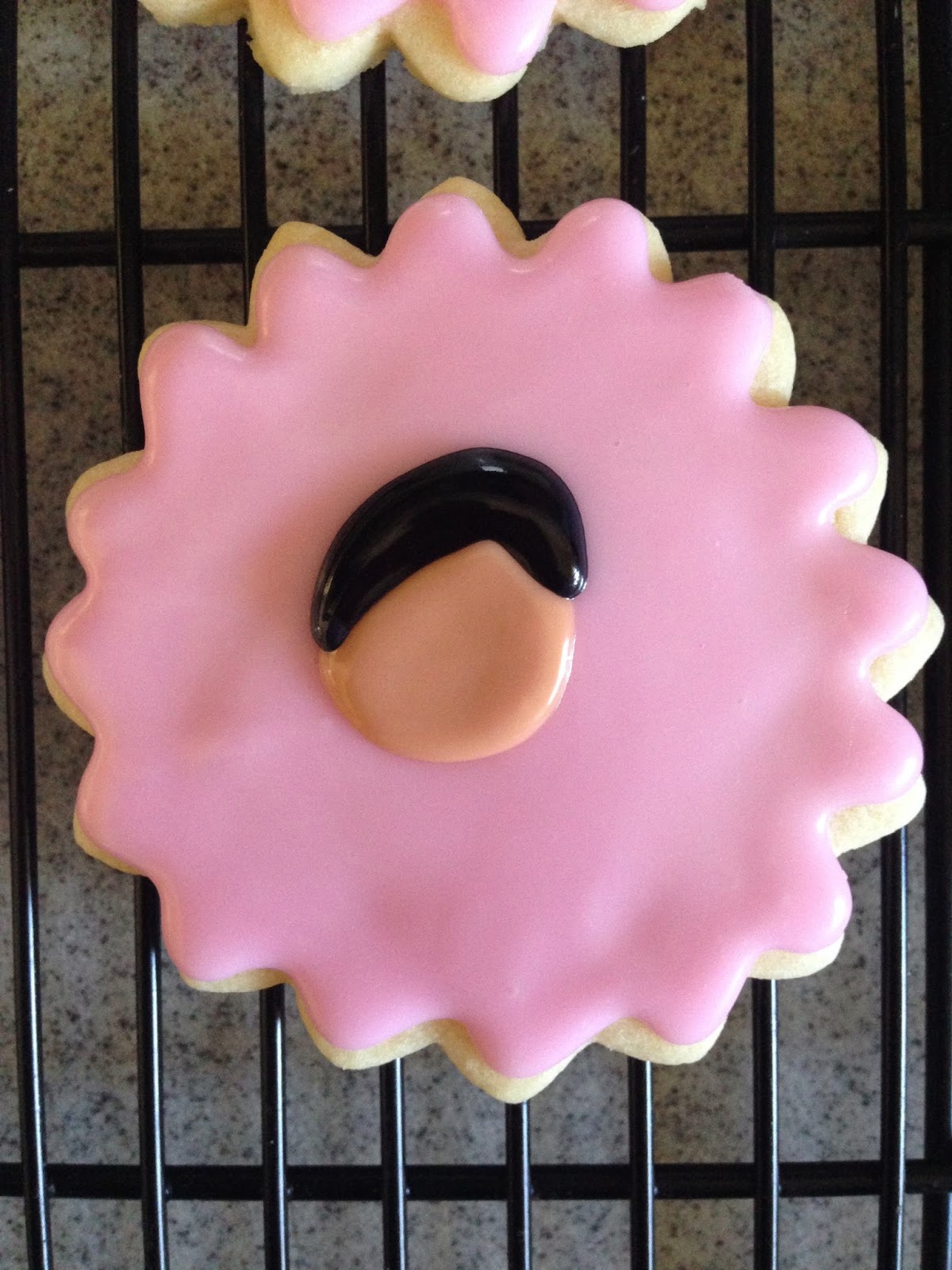 doesn't look like much, huh?  but then we add that classic ballerina bun: 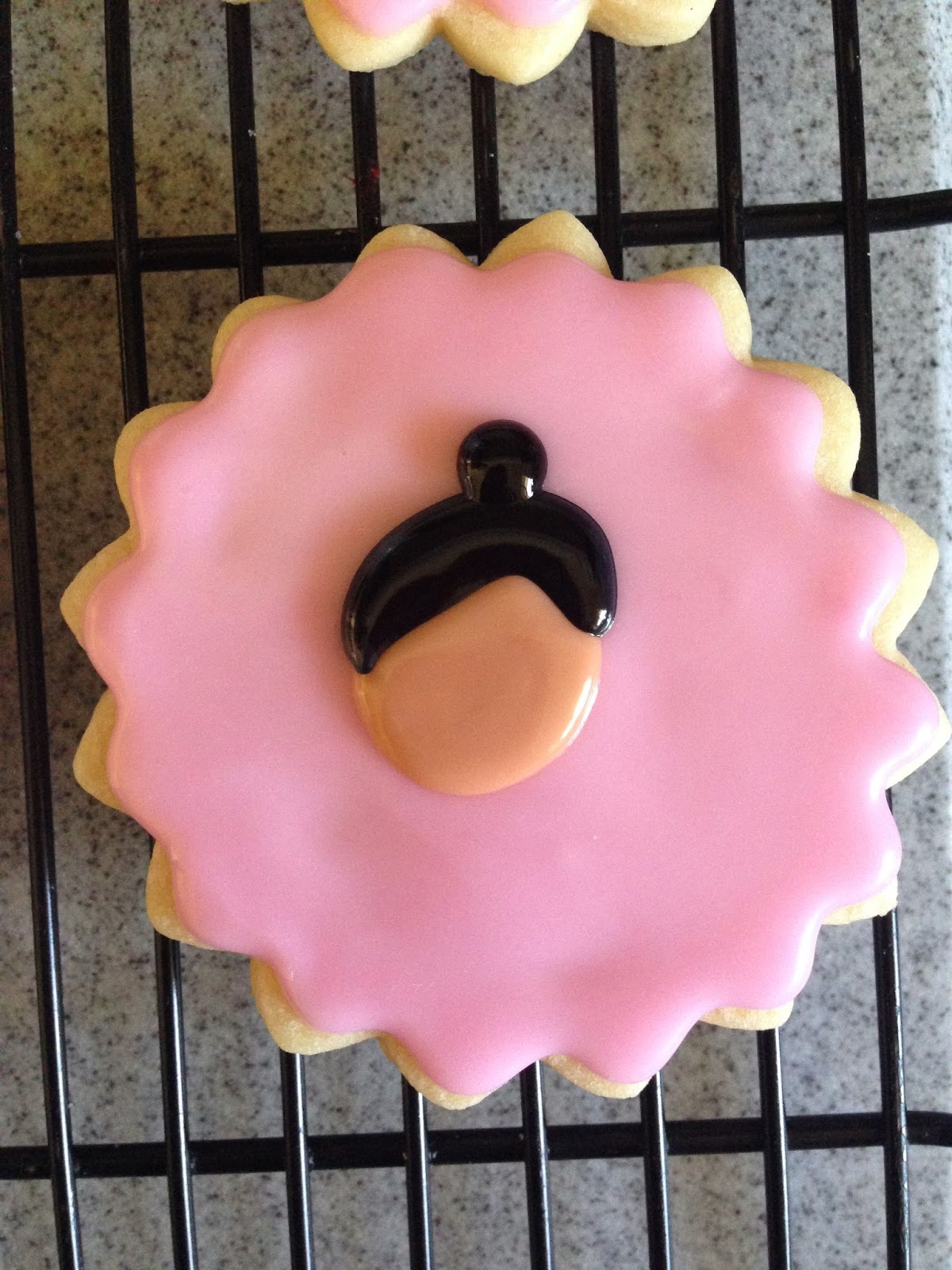 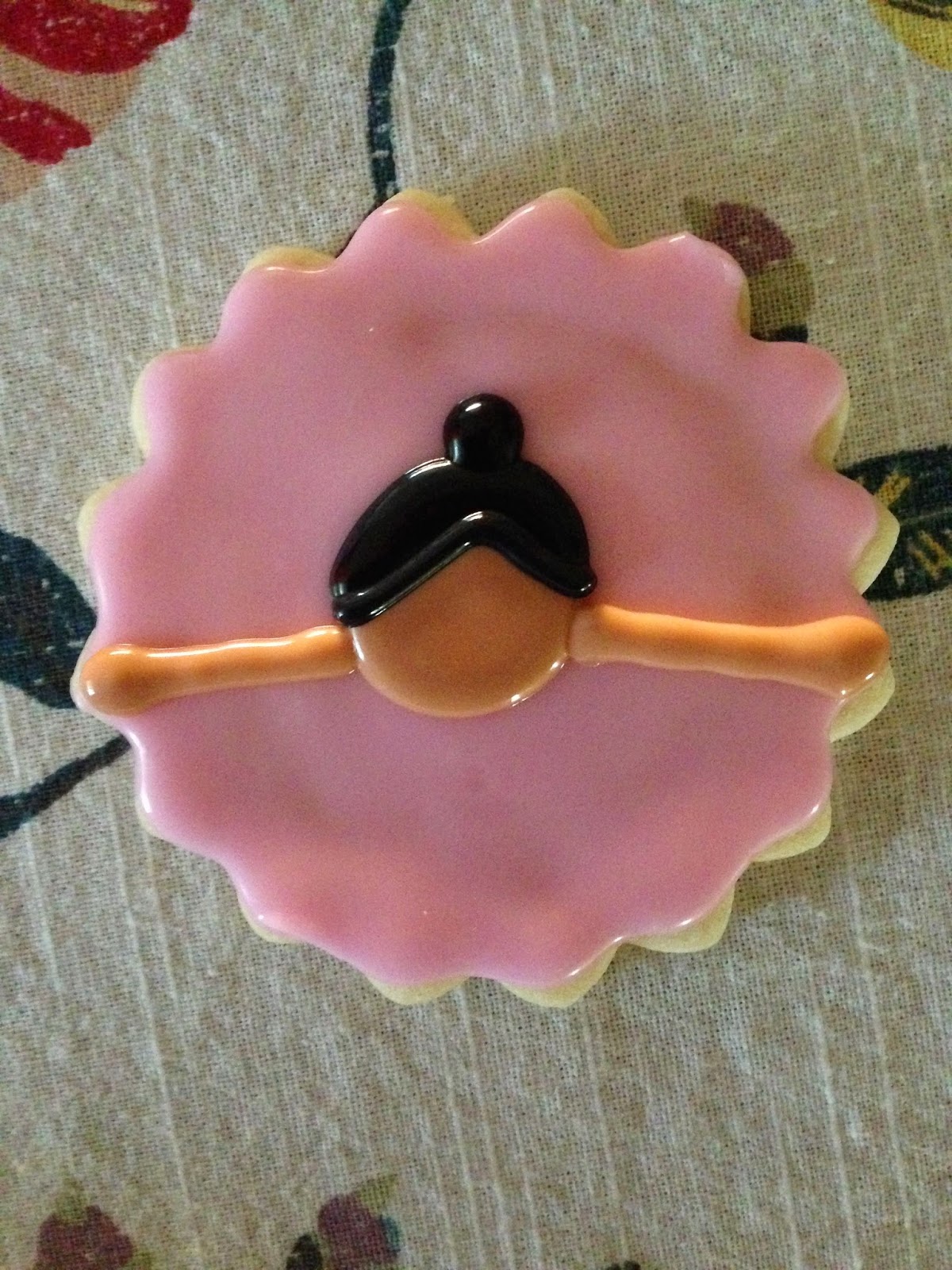 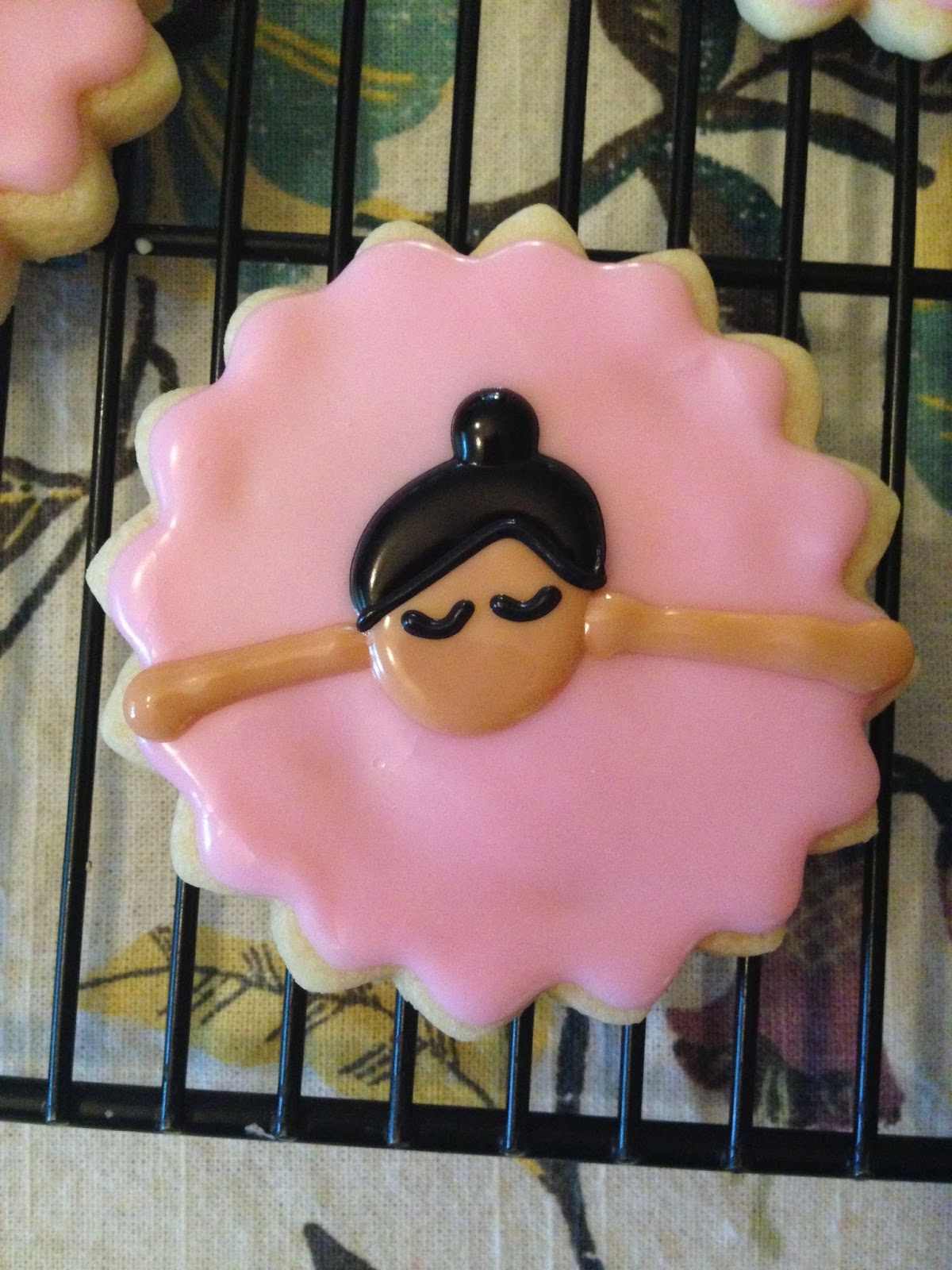 then we add a little accent around the bun (because i didn't really have room to make a little flower) and lines for the tutu, and we have this: 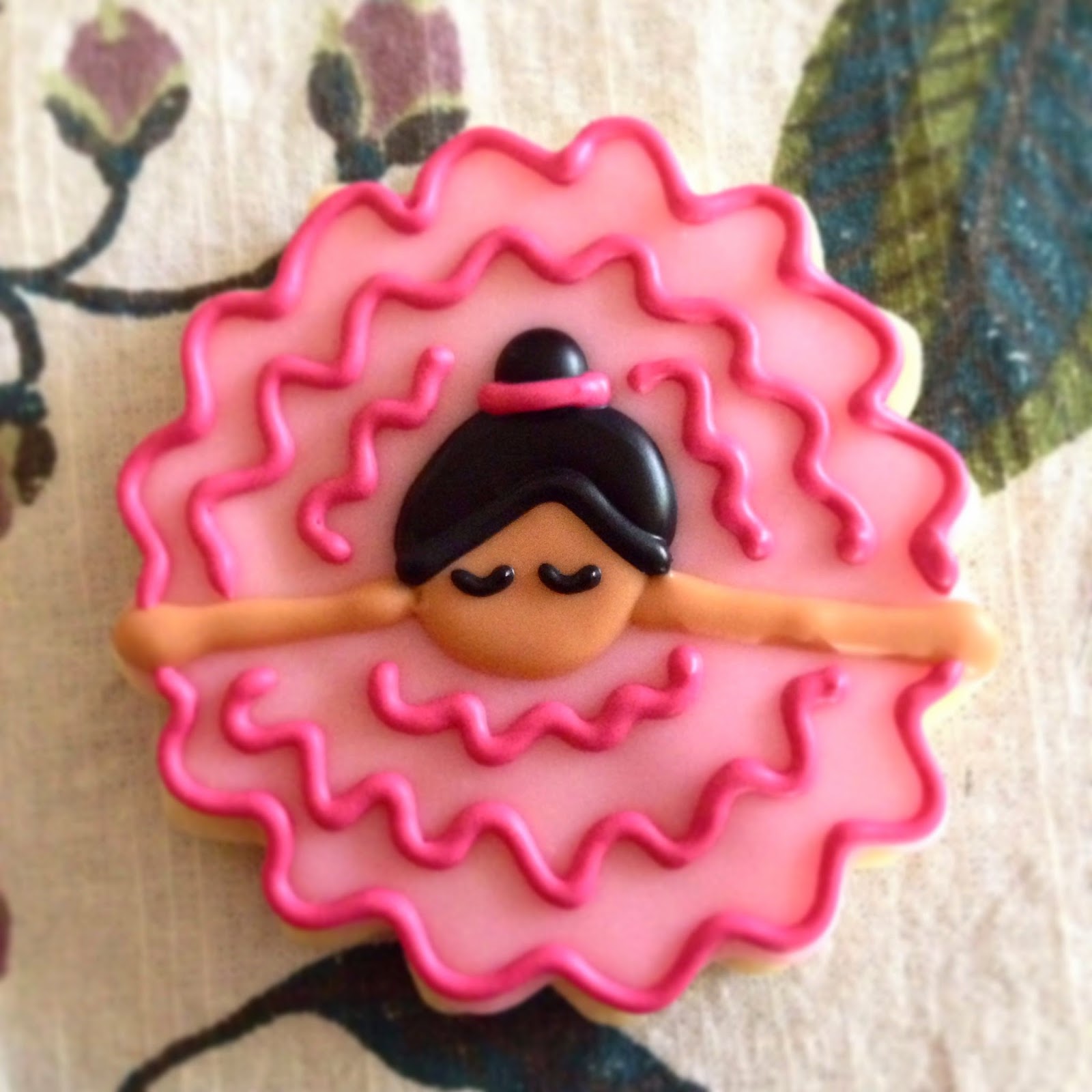 it wasn't until after i had all two dozen of these little beauties all wrapped up and packed, ready to ship, when i remembered something:  the little birthday ballerina that these were for has a milk allergy.  this meant that i'd needed to use vegan butter in the cookie dough and an alternate to cow's milk in the frosting.  CRAP.

after exchanging a couple of frantic e-mails, i realized that i had just enough time to bake a dairy-free dozen and still get them to their destination with a day to spare.  when i told the hub what i was working on and said that i was going to use different colored ribbons on the special cookies, he suggested that i change the frosting colors instead.  that way there'd be no chance of getting them mixed up and no risk of causing an allergic reaction.  and so a dozen of these went out along with the others: 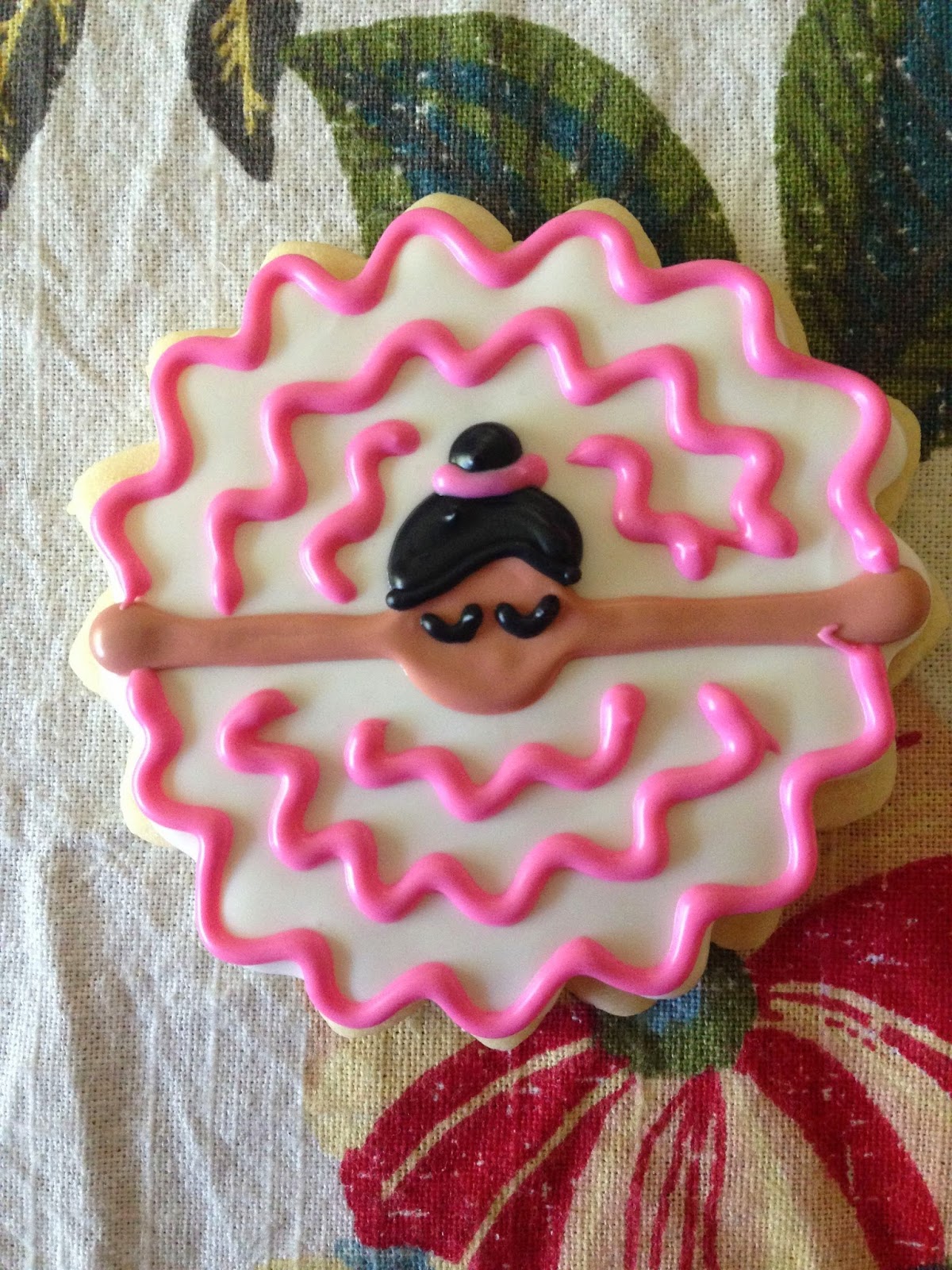 phew.  and now i have 3 sticks of vegan butter kicking it in the fridge, just waiting to be used.

plus, today i get to bake up half a dozen cookies to submit for judging in this year's culinary competition at the los angeles county fair.  i've managed to place in the top 3 for the last couple of years and i'm hoping to continue the winning streak.  they get dropped off at the fairgrounds tomorrow, and then a short wait until friday when the fair officially opens to see if i placed again.