i think we all know what a sucker i am for a freebie.  or...just a sucker.  yup.

so anyway, when i saw this: 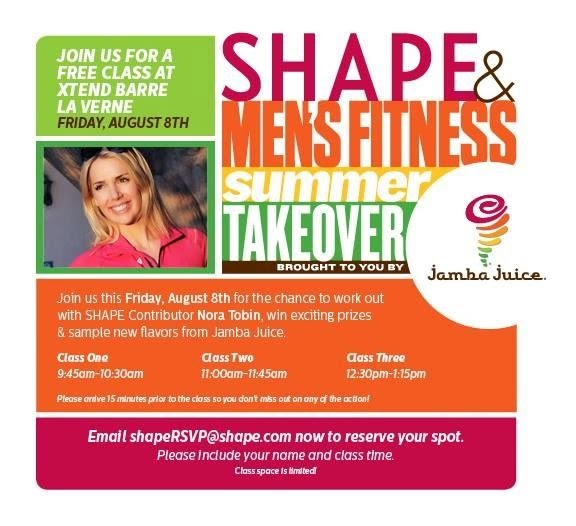 i didn't actually know who nora tobin was, but i mean...we also know how much i adore the ol' xtend barre.  and i'm always up for trying out different workout routines.  with the teen magically off on that day and my mom heading up to hang out with the bean, we both signed up for a free class. 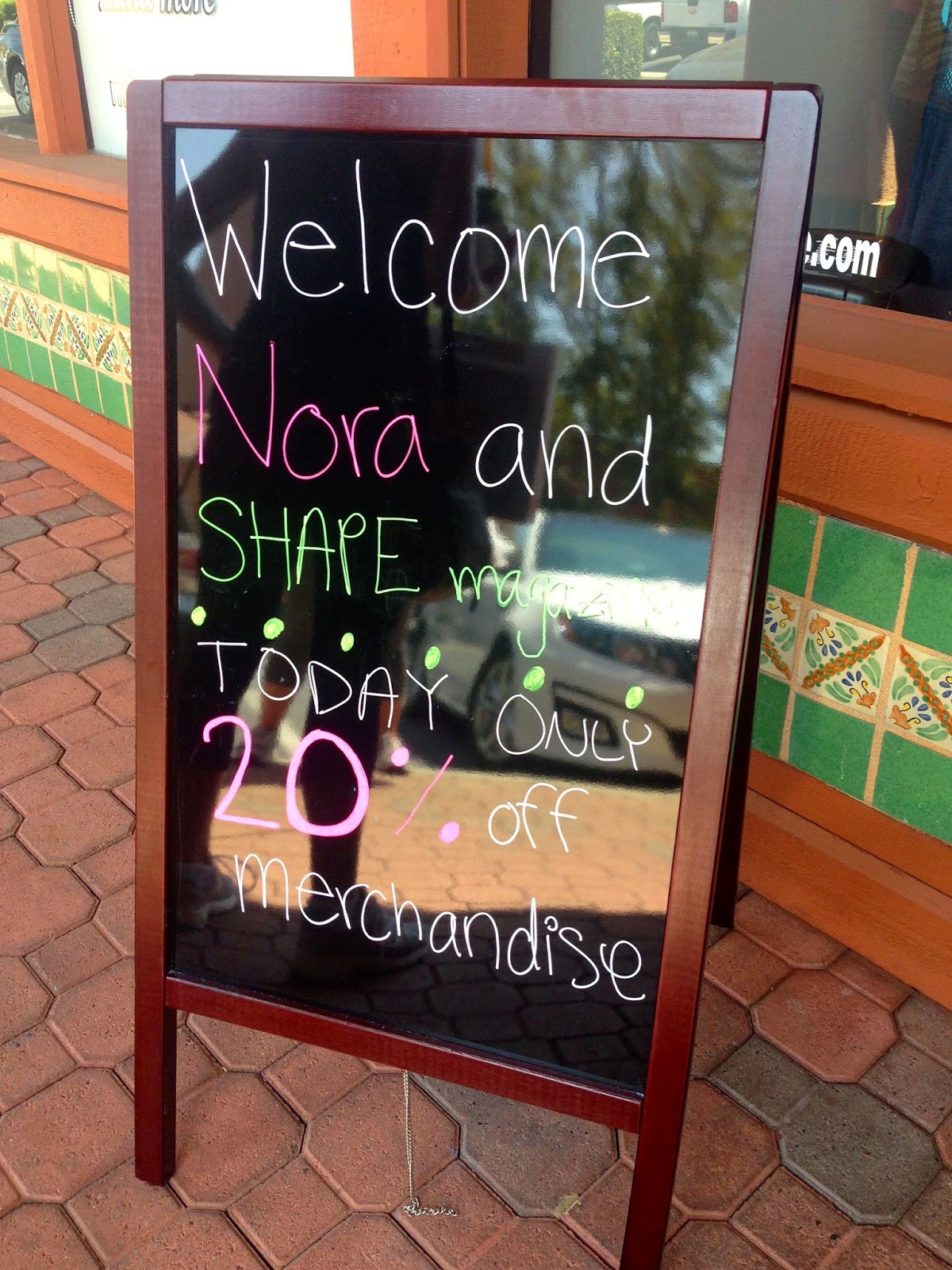 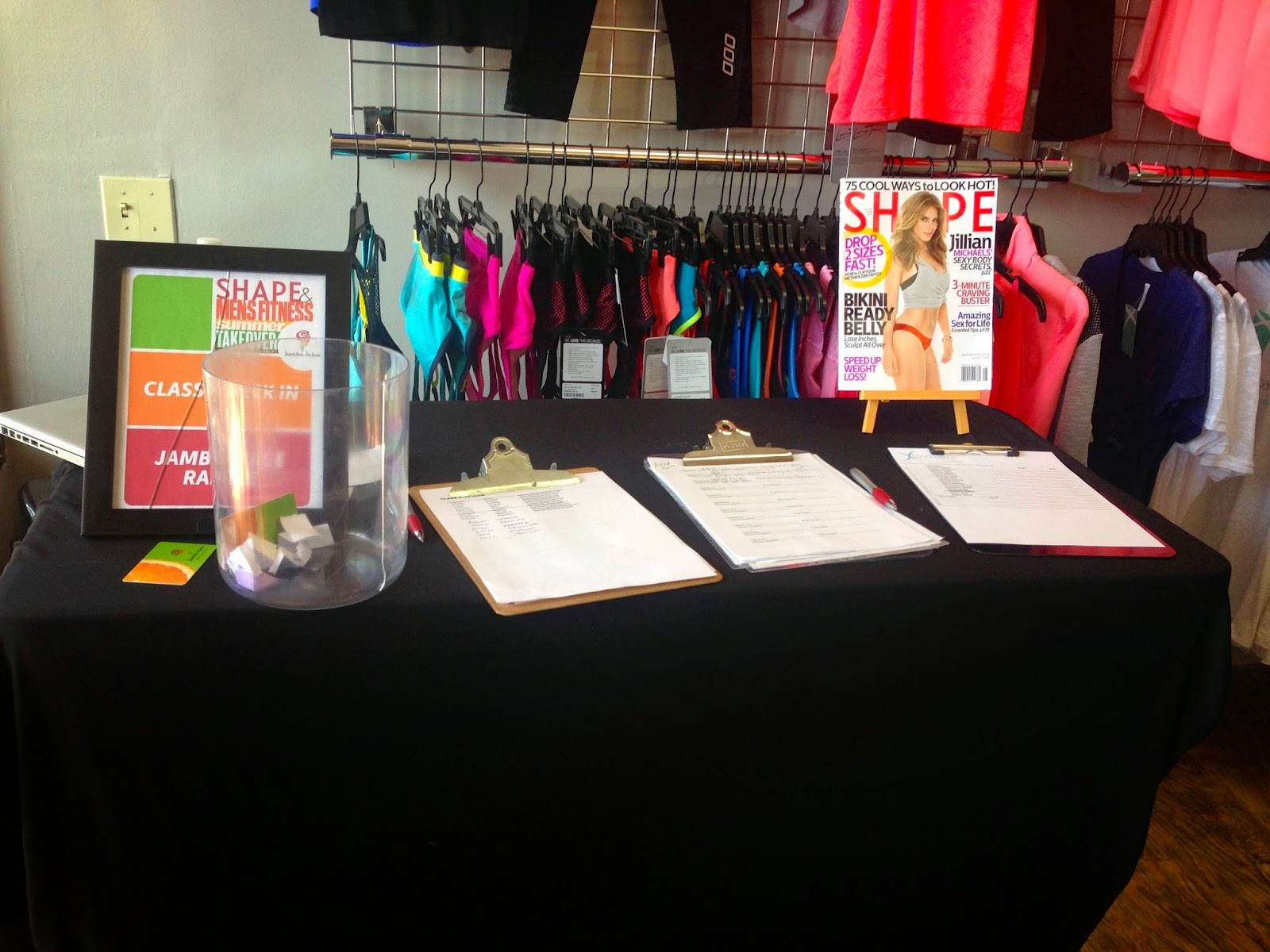 nora had just finished taking a barre class, and she was really friendly as she introduced herself to everyone who came in (well, she missed the teen, but that's beside the point).  and i figured i'd better catch her for a pre-sweaty photo.  she was happy to oblige. 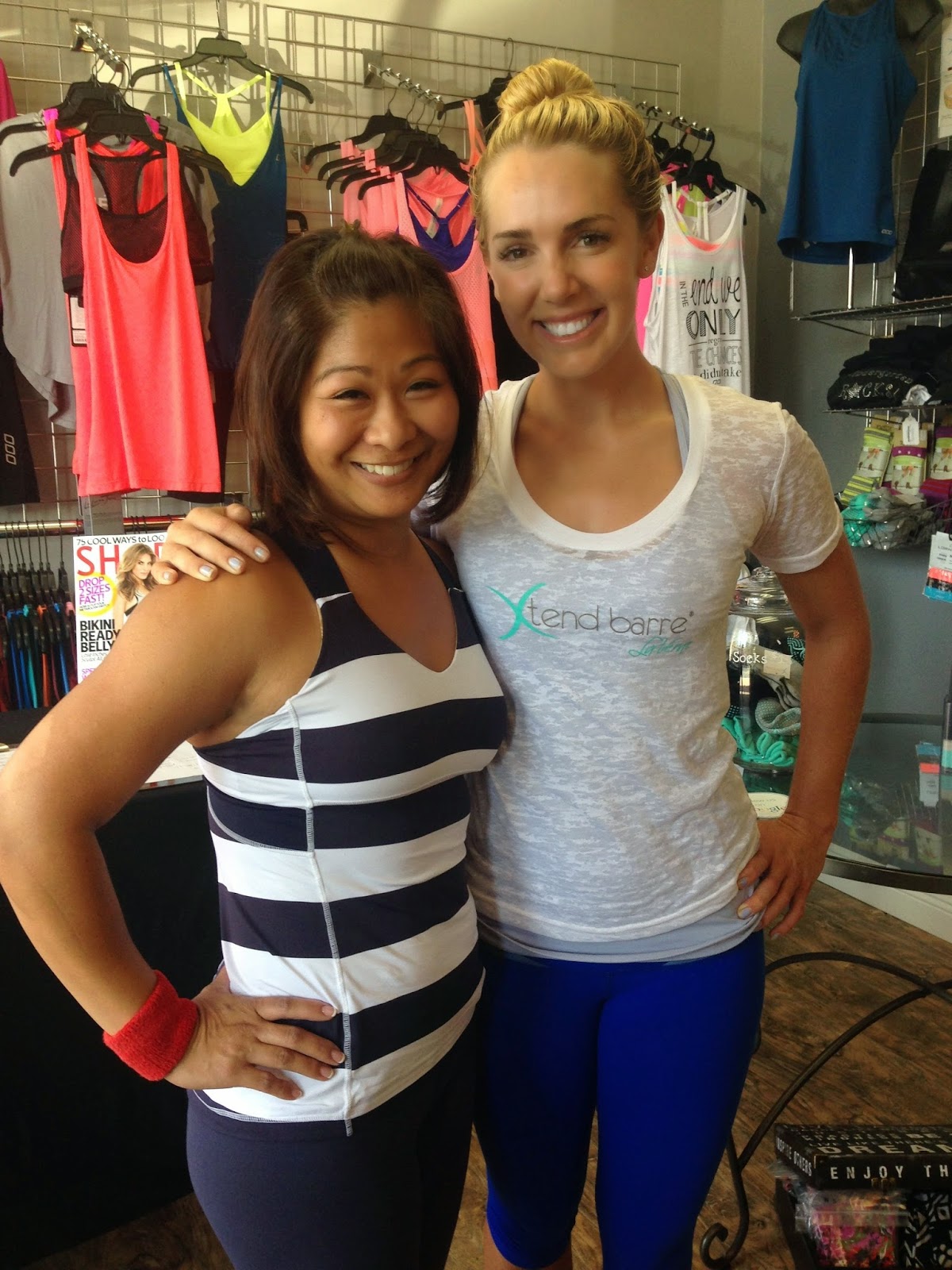 the class was pretty full.  the studio was at max capacity, and thank goodness we didn't need to use the barre because there was little to no wiggle room in there.  the teen and i scrunched ourselves into a corner and just did the best we could.  nora's workout was somewhat similar to jillian michaels' circuit training - 30 seconds of some sort of weight training, a 10 second transition, 30 second cardio exercise, followed by another 10-ish seconds of movement while she explained the next circuit.  we did three different circuits three times each, and it was killer.  my ass was thoroughly kicked by the end of it, and i probably sweated about a gallon (which is nothing new, i know).

on our way out, we helped ourselves to complimentary drinks from jamba juice: 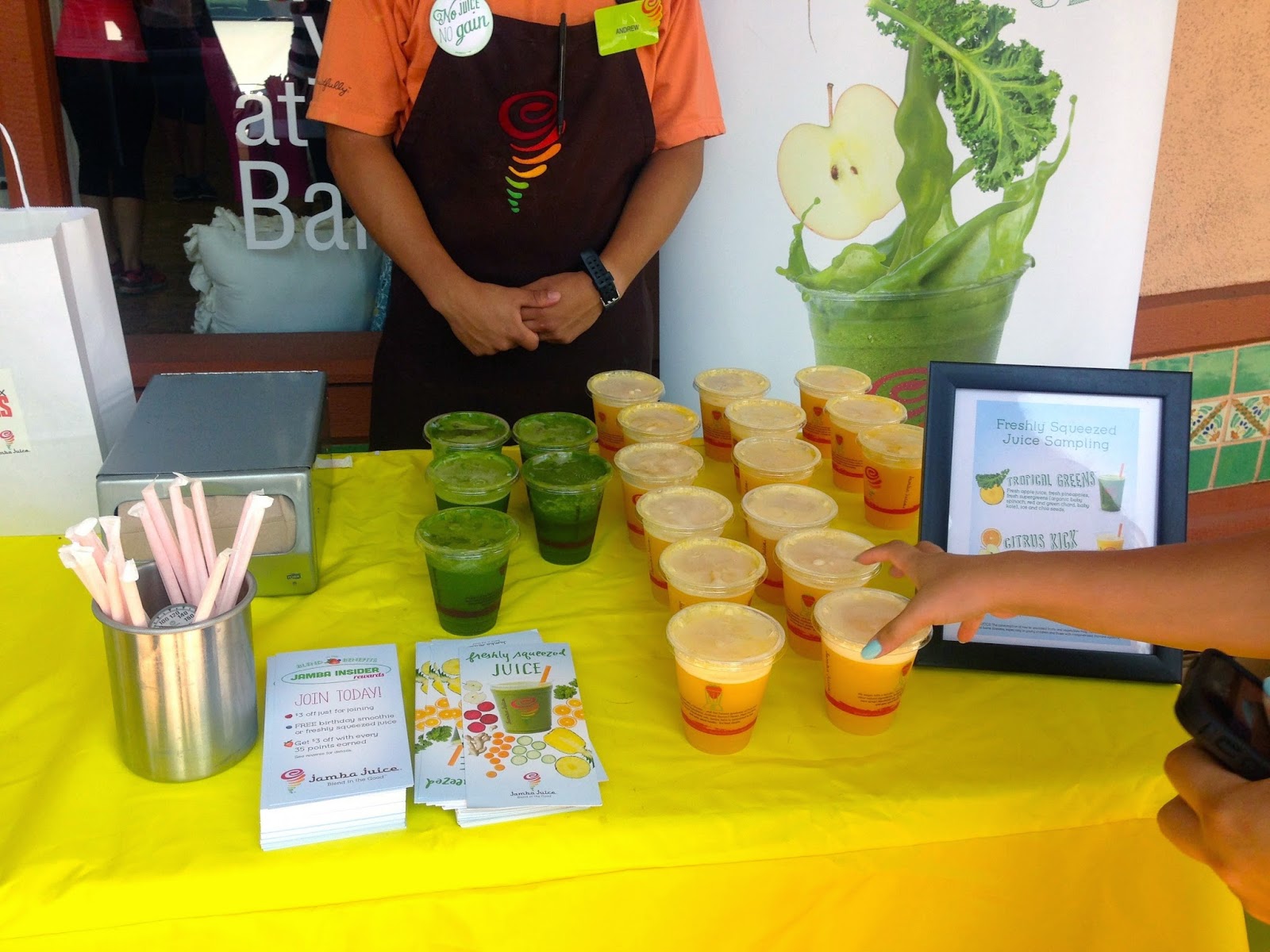 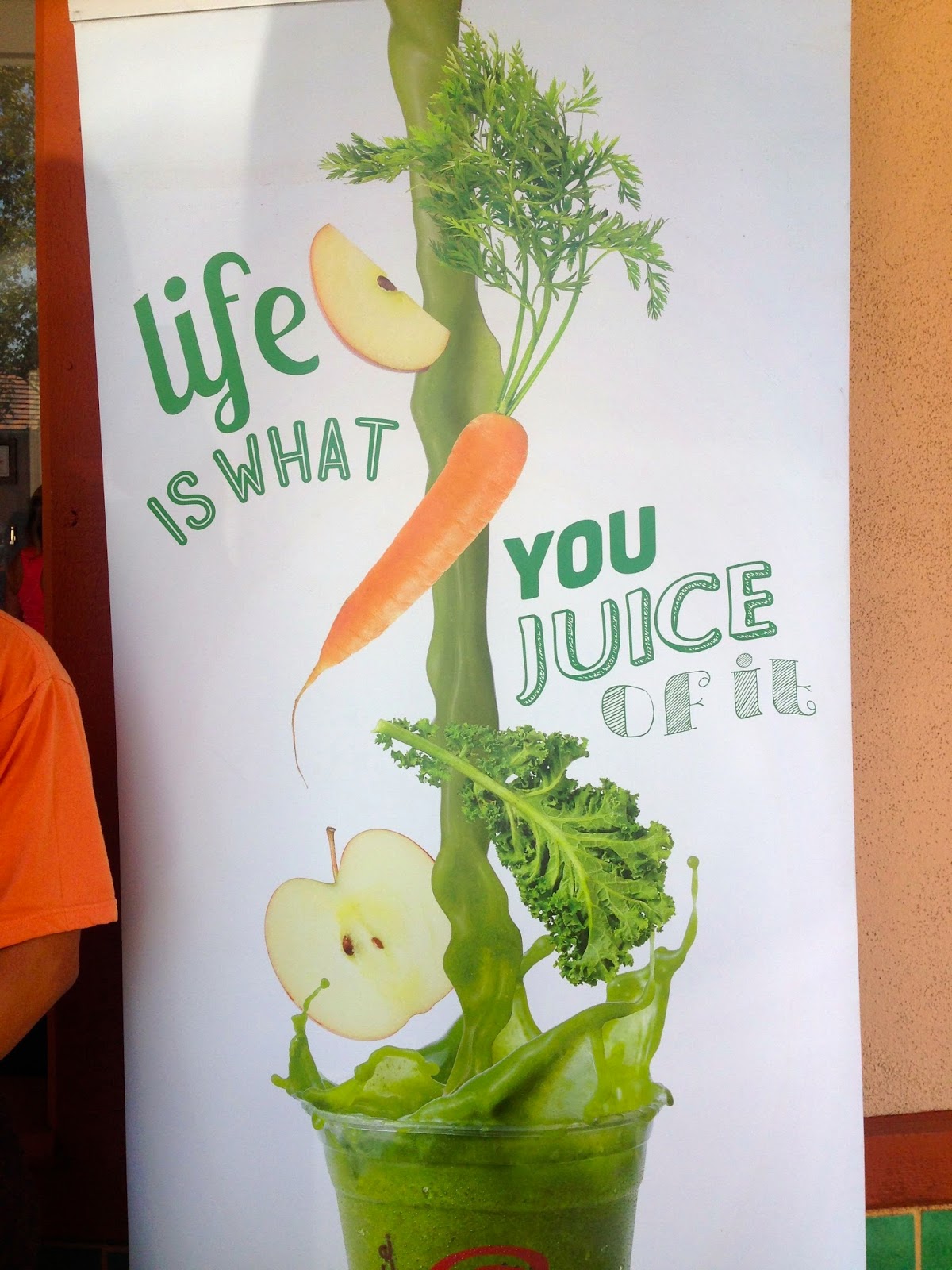 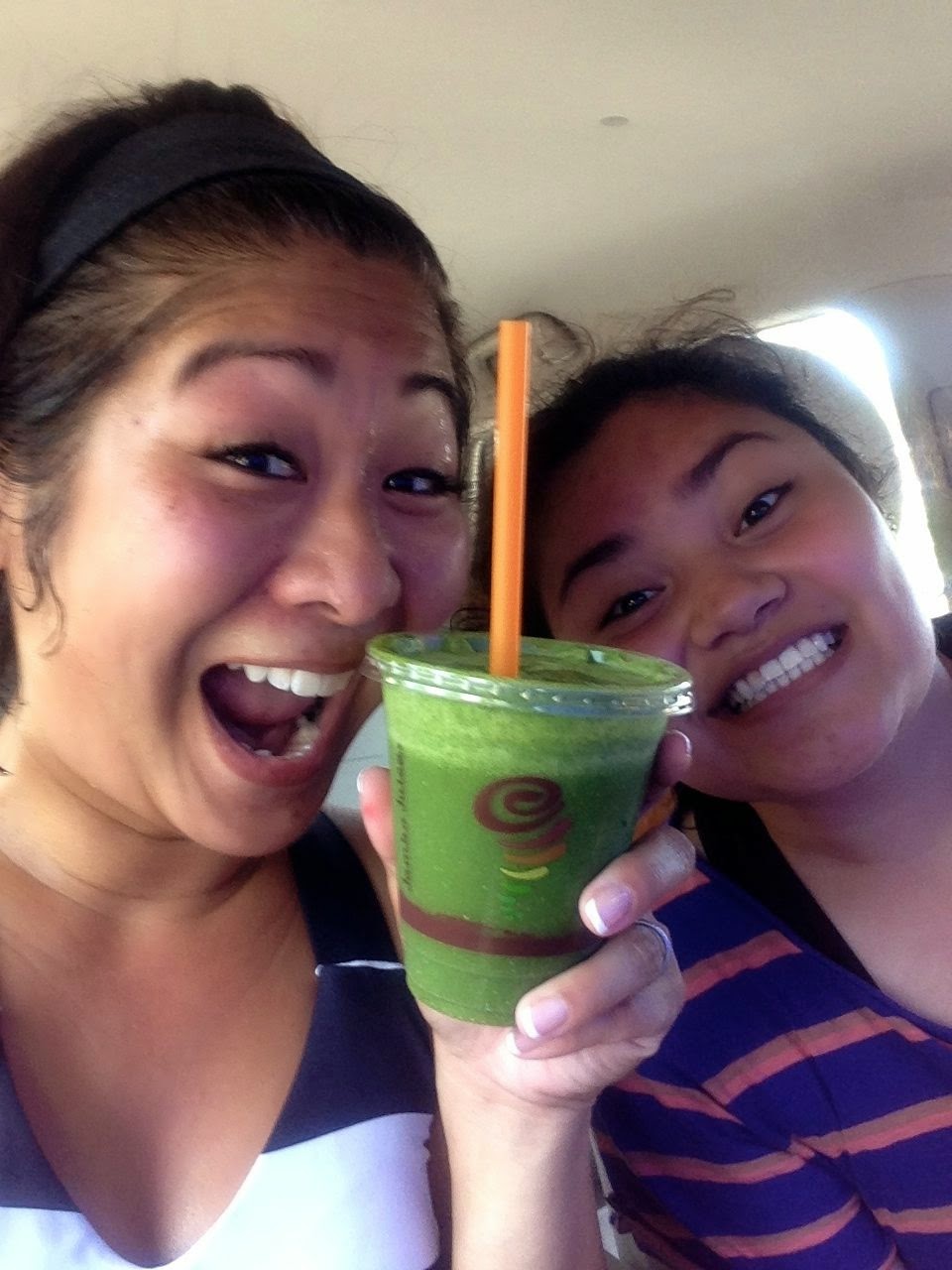 and snagged some fun swag. 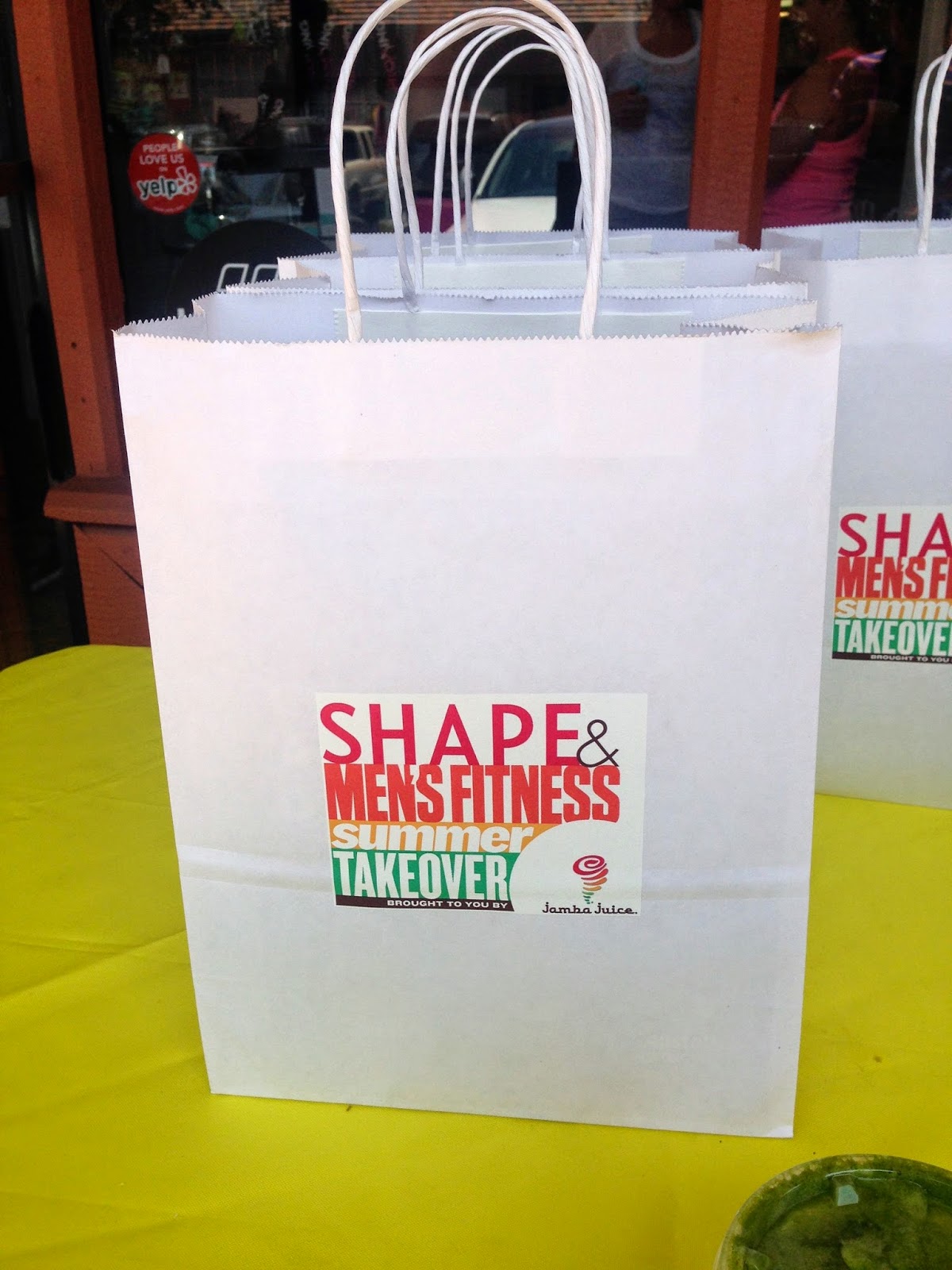 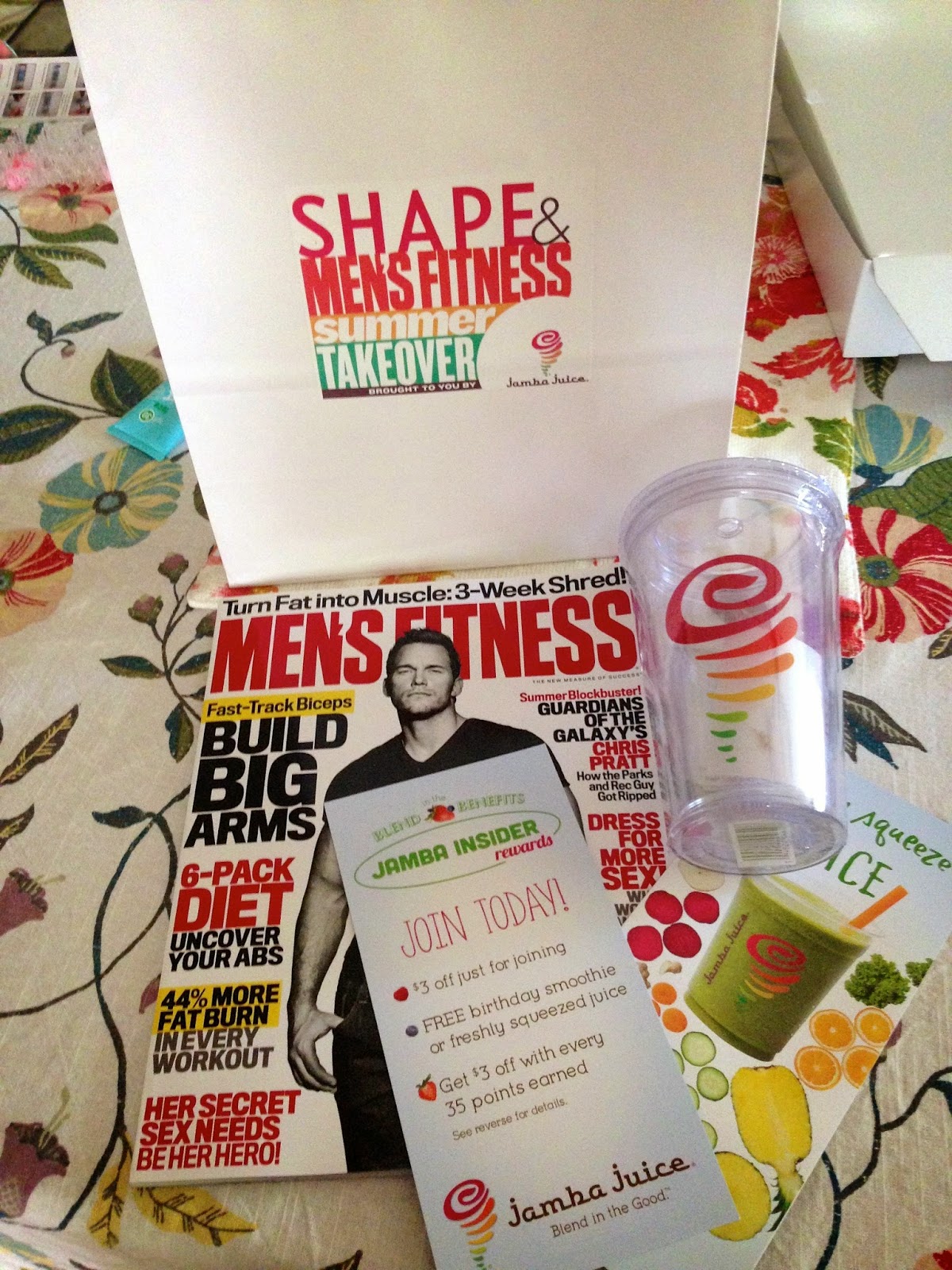 two days later, we took advantage of yet another freebie courtesy of xtend - a class at the lululemon showroom in rancho cucamonga, where a second xtend studio is set to open in september. 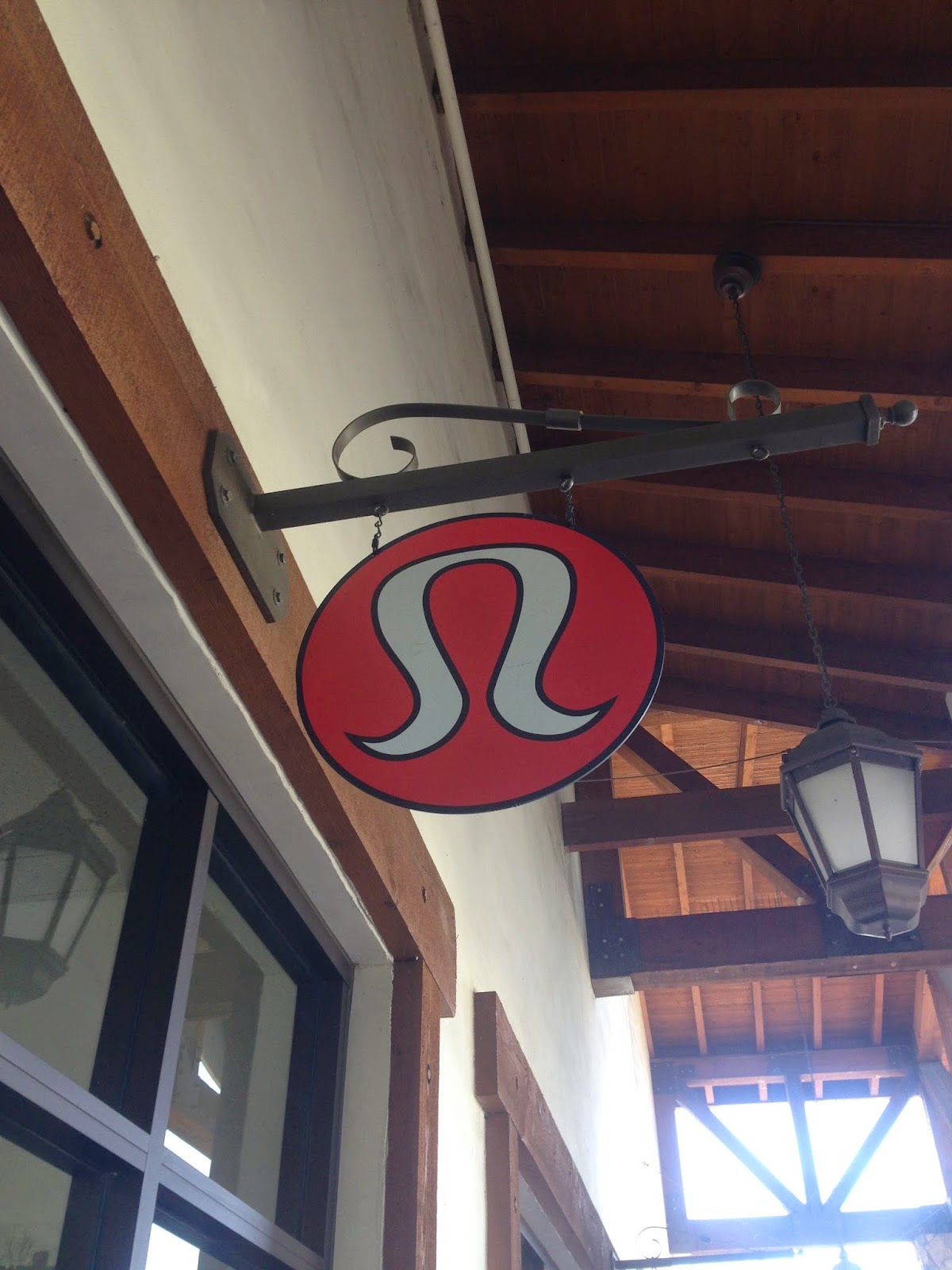 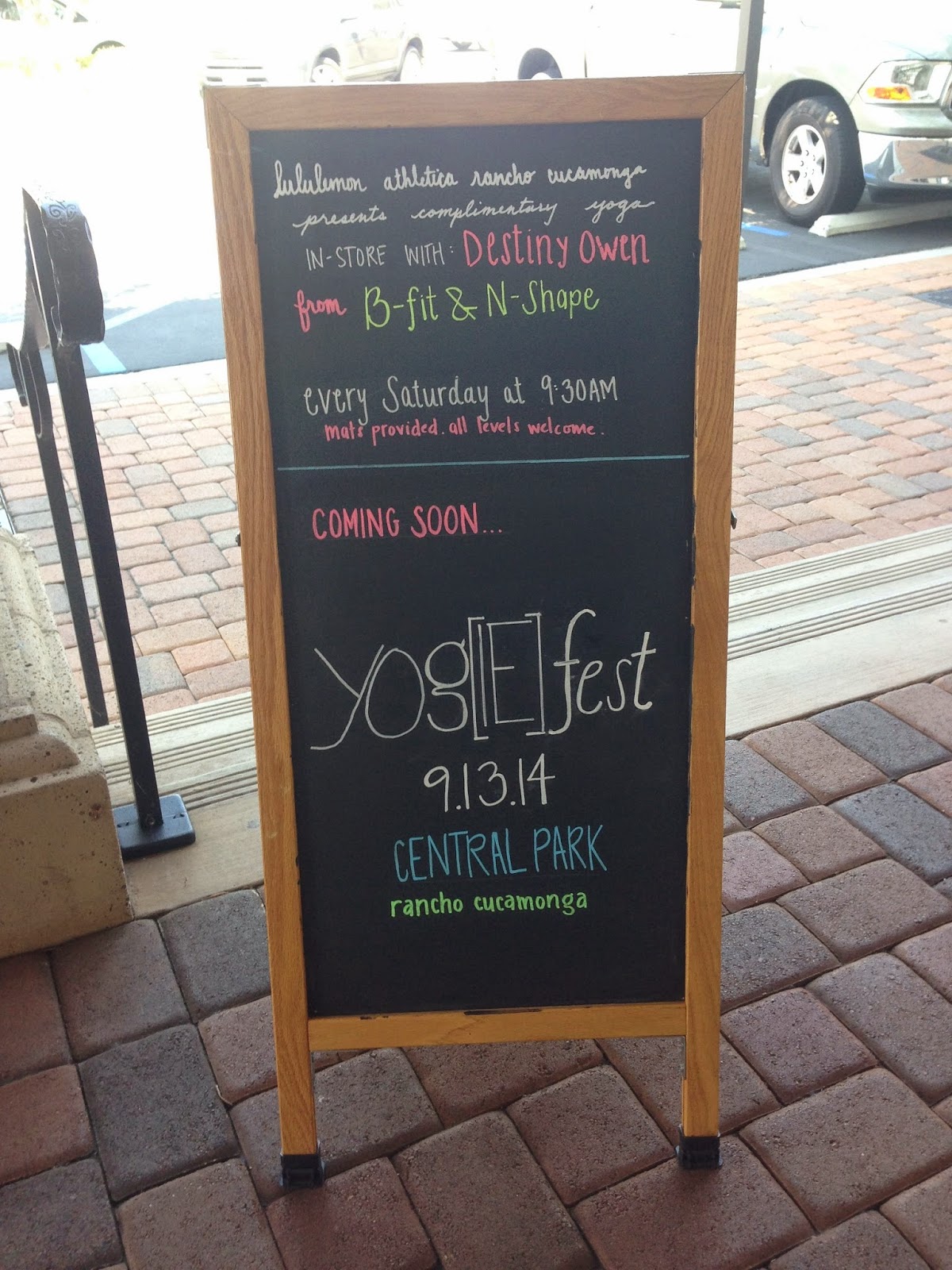 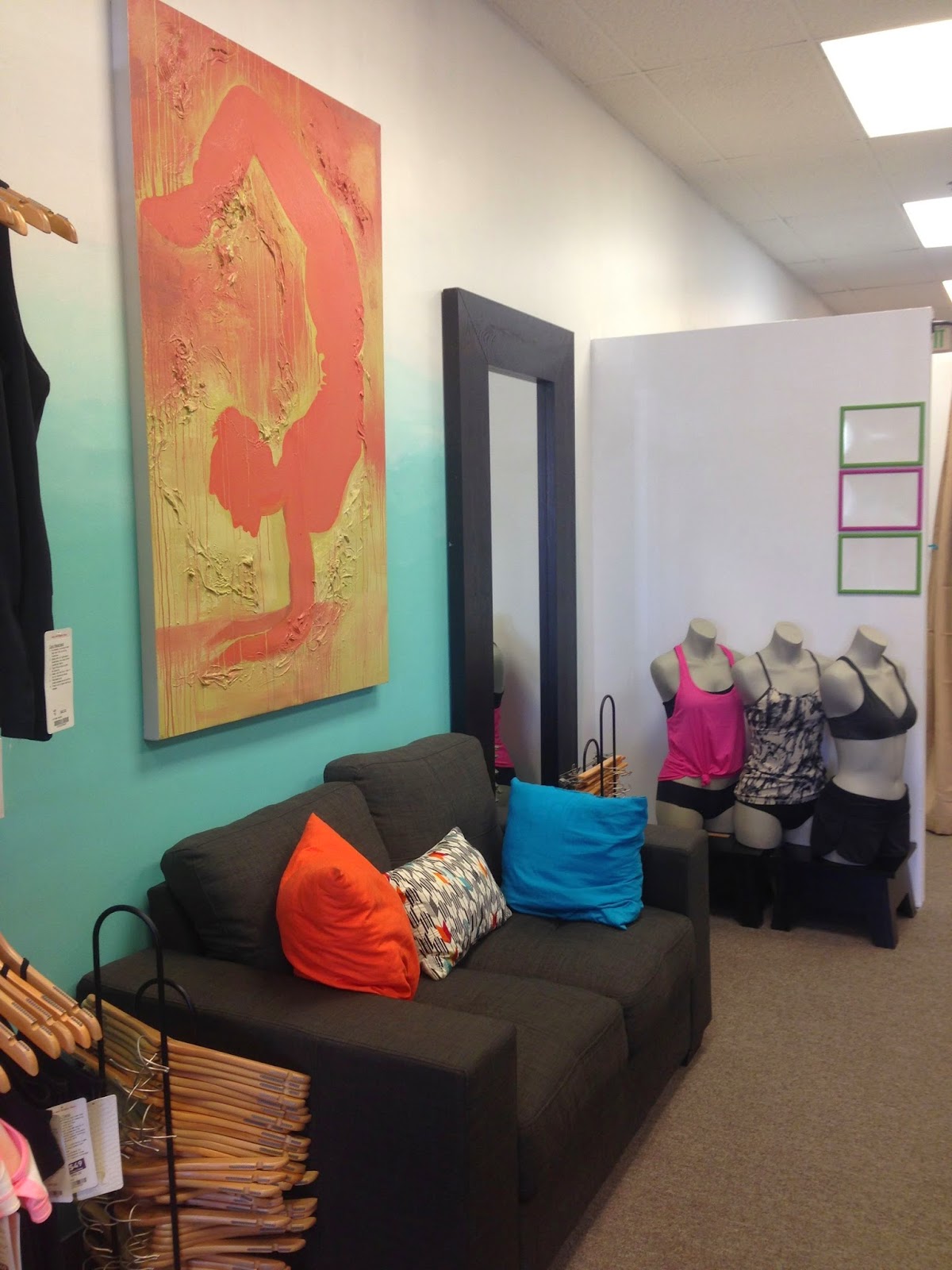 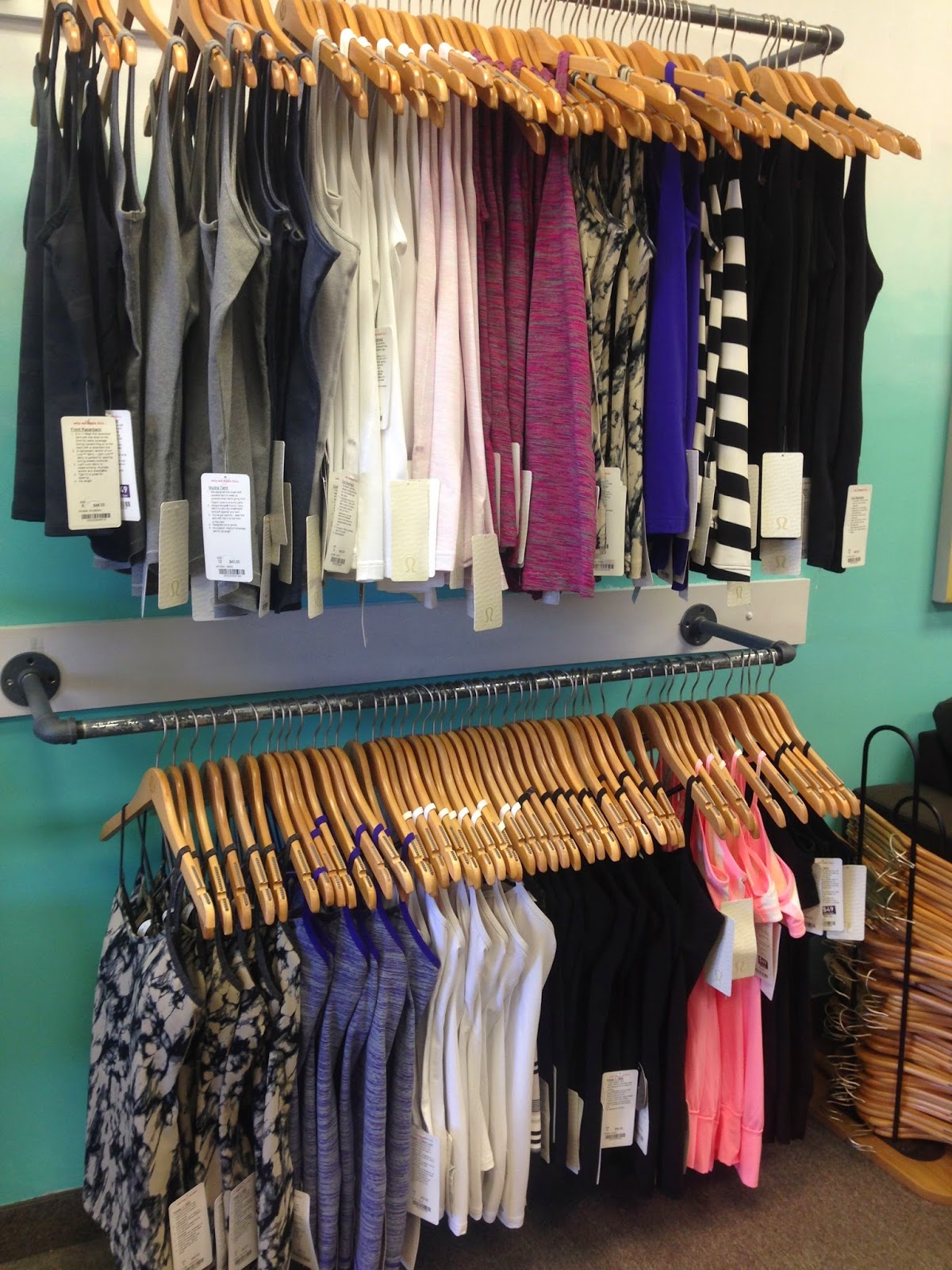 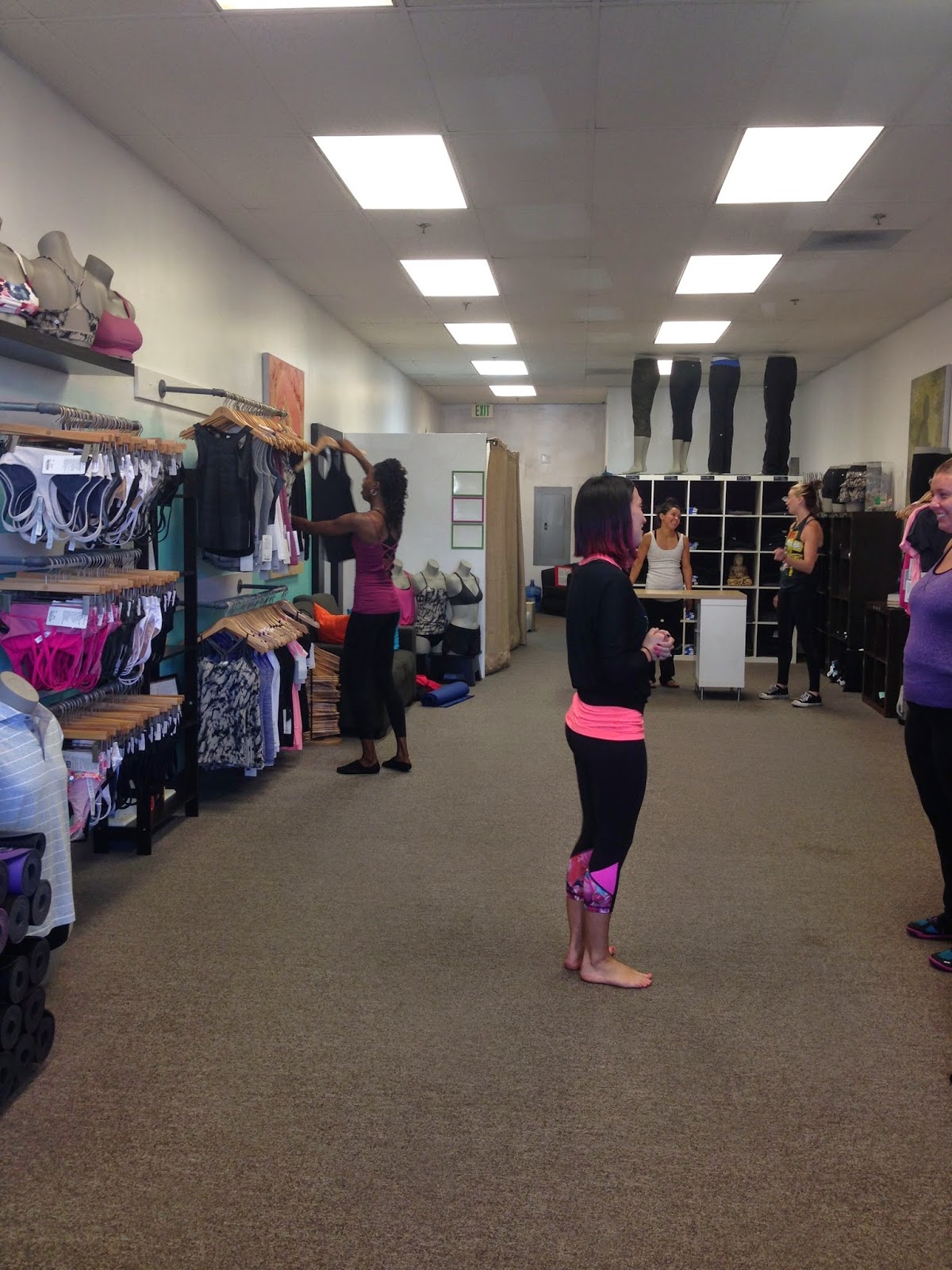 while we didn't have an actual barre to work with, we made do with tables and chairs and the clothing racks mounted on the walls.  it was just as effective as doing the exercises at the studio, and i was drenched as usual by the end of it.  the teen is always so grossed out (as am i, really), but i mean...i'm working my ass off.  of course i'm going to be sweaty!  she's convinced there's some pills or something i can take to help keep the perspiration to a minimum, but i'm just gonna keep on keepin' on.  sweat is natural!  sweat is fun!  sweat is best when it's...oh, never mind.

i love brittni.  she's such a sweetheart, and a fabulous instructor.  also, i don't know what i was looking at here.  probably some pretty new lulu merchandise just beyond the phone i was holding up. 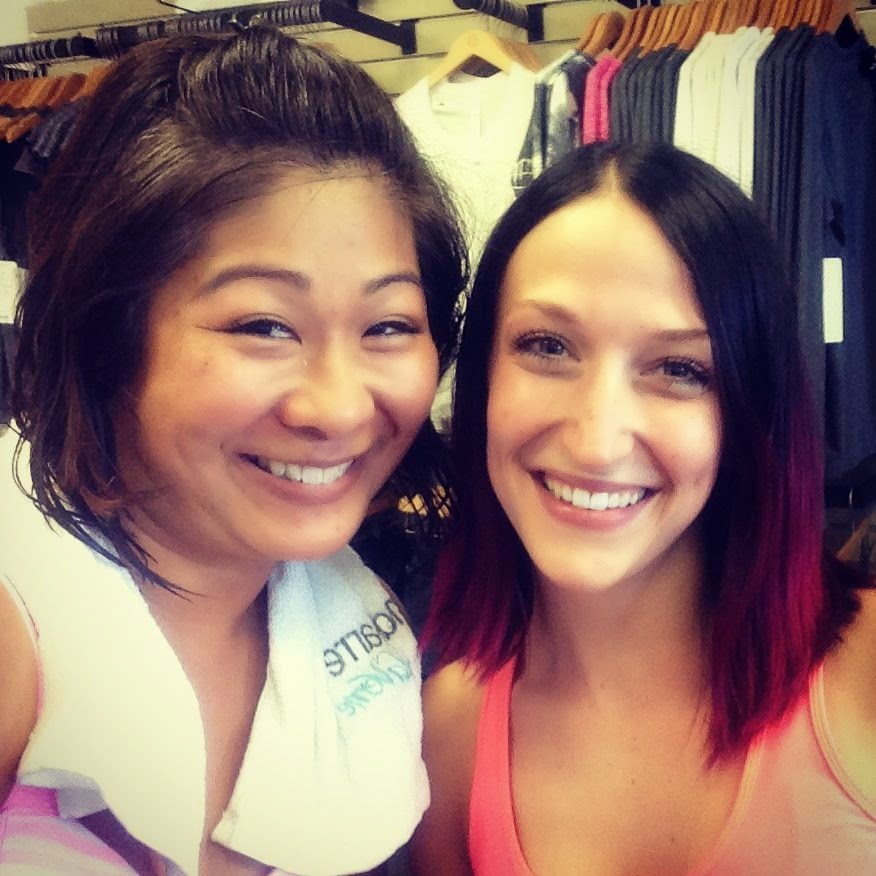 around my neck you'll notice more sweet swag i scored, along with an xtend-branded chapstick.  that towel is going to get so much use. 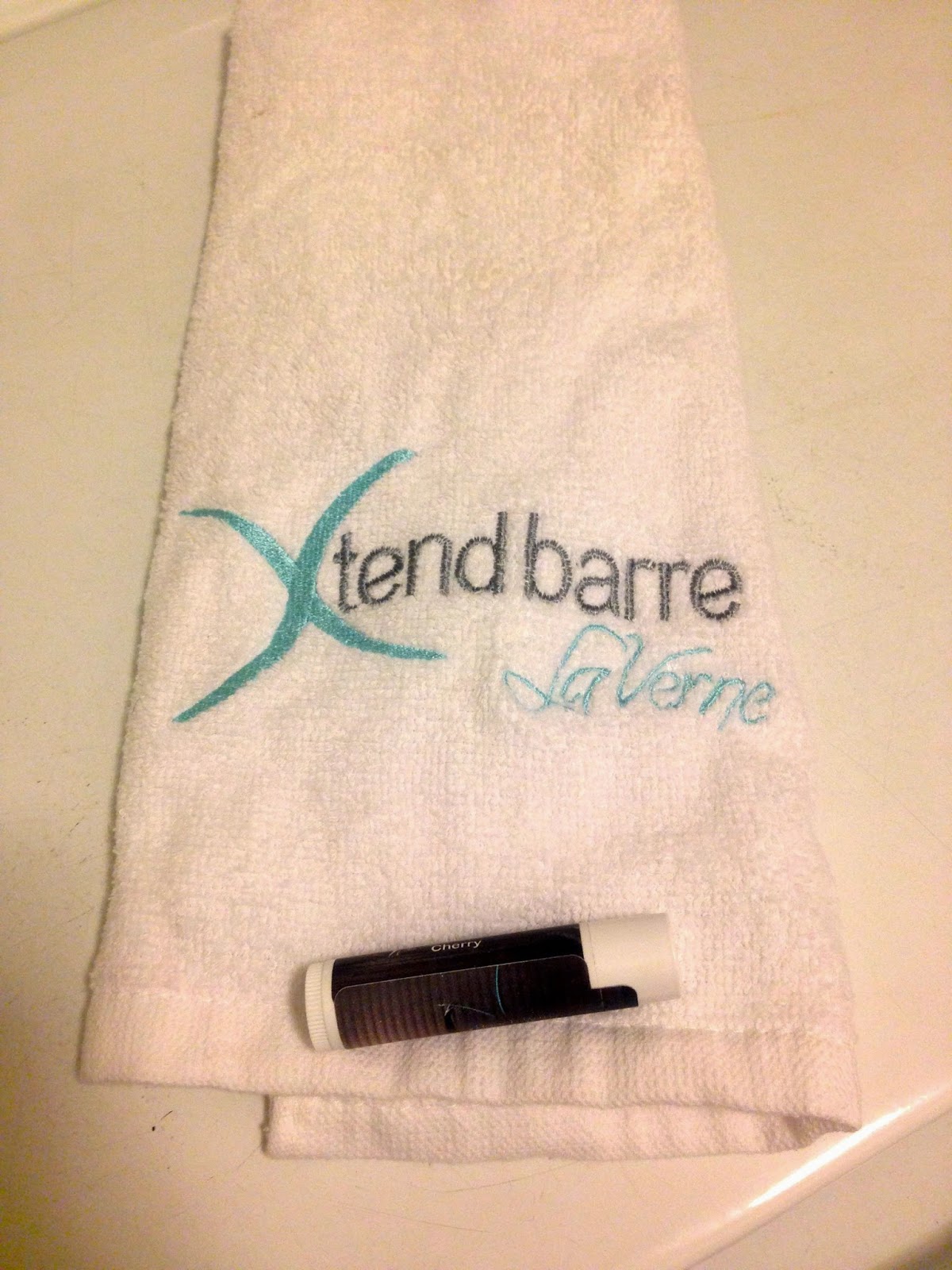 oh!  because i am such an xtend barre groupie, there's this: 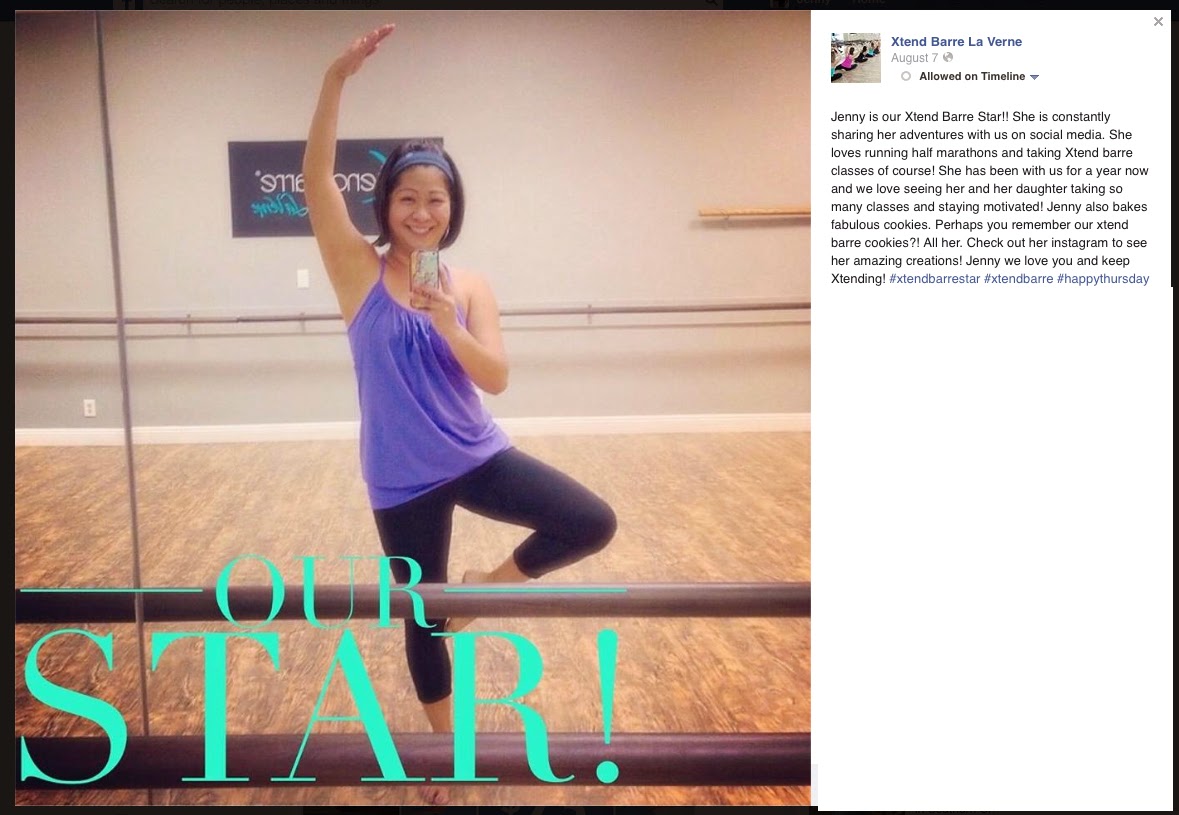