right after the parade, the bean and i sped home to change and head off to our next activity for the day.  lilcee had invited us to join her, mini cee and mr. lilcee to a fun family day at fiesta floats, where some of the rose parade floats are constructed.  the bean and i were there last year for a similar event, and once before that during my junior league days, so i was familiar with the whole setup.  the only difference was that this time, we were parked a good distance away and then shuttled over to the party. 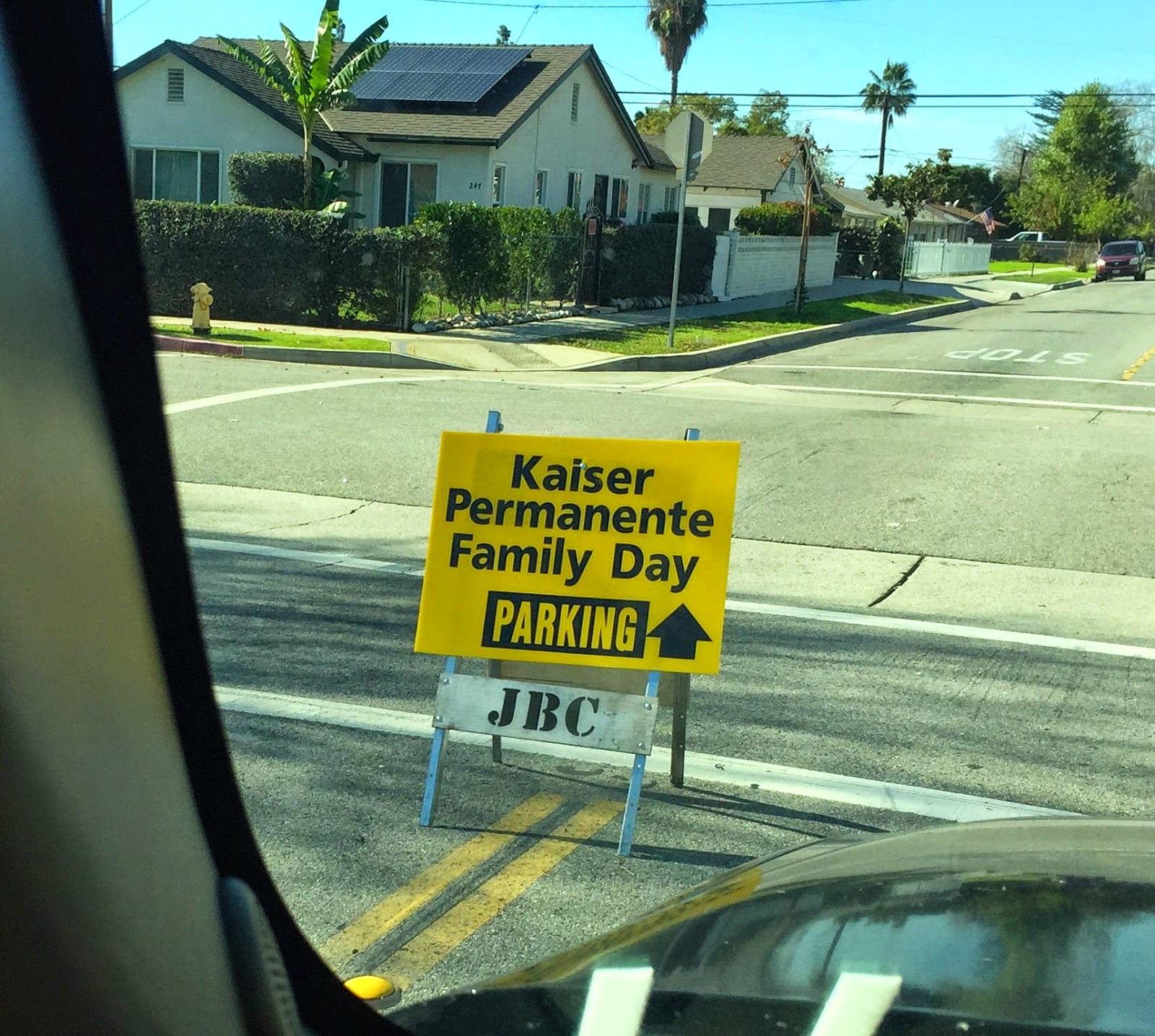 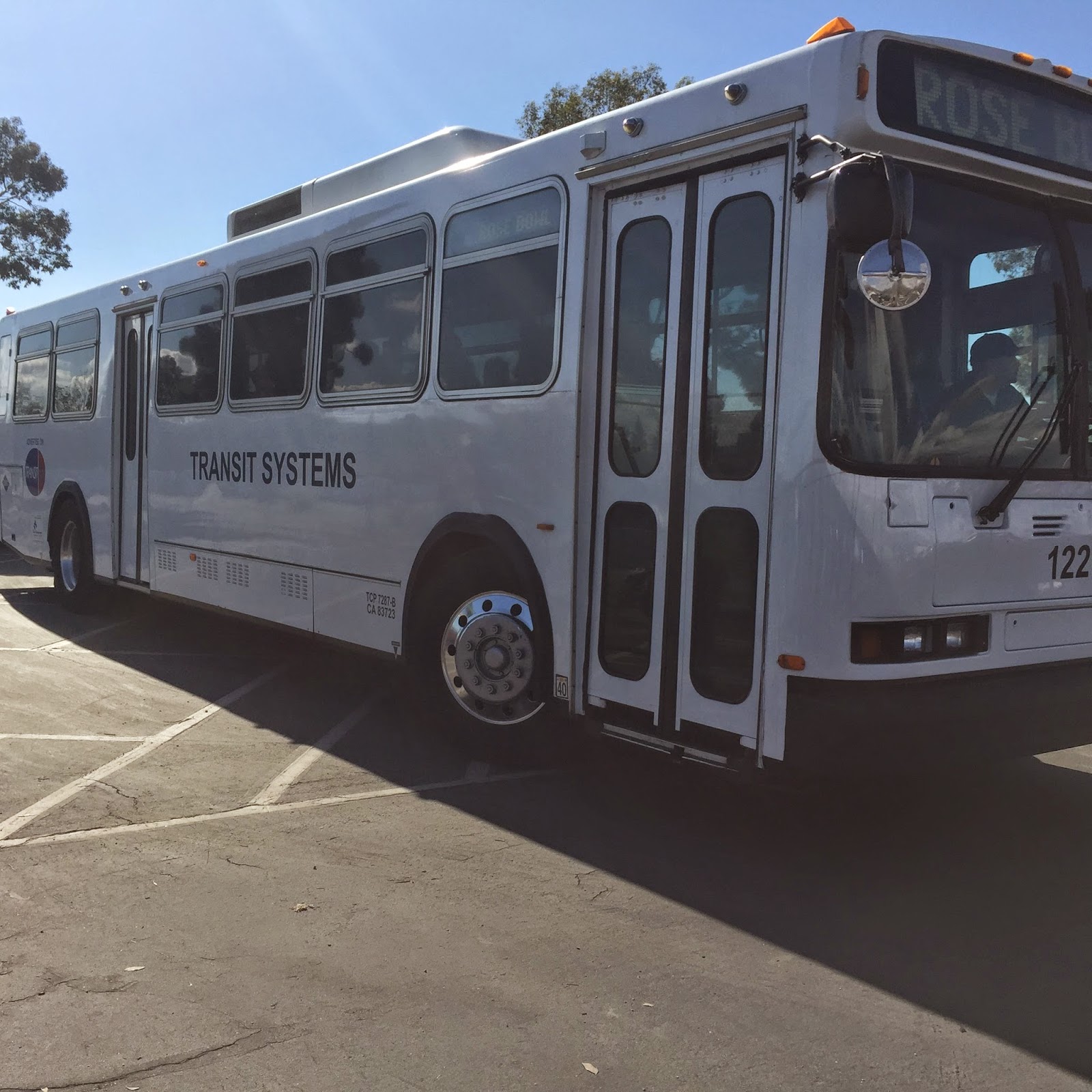 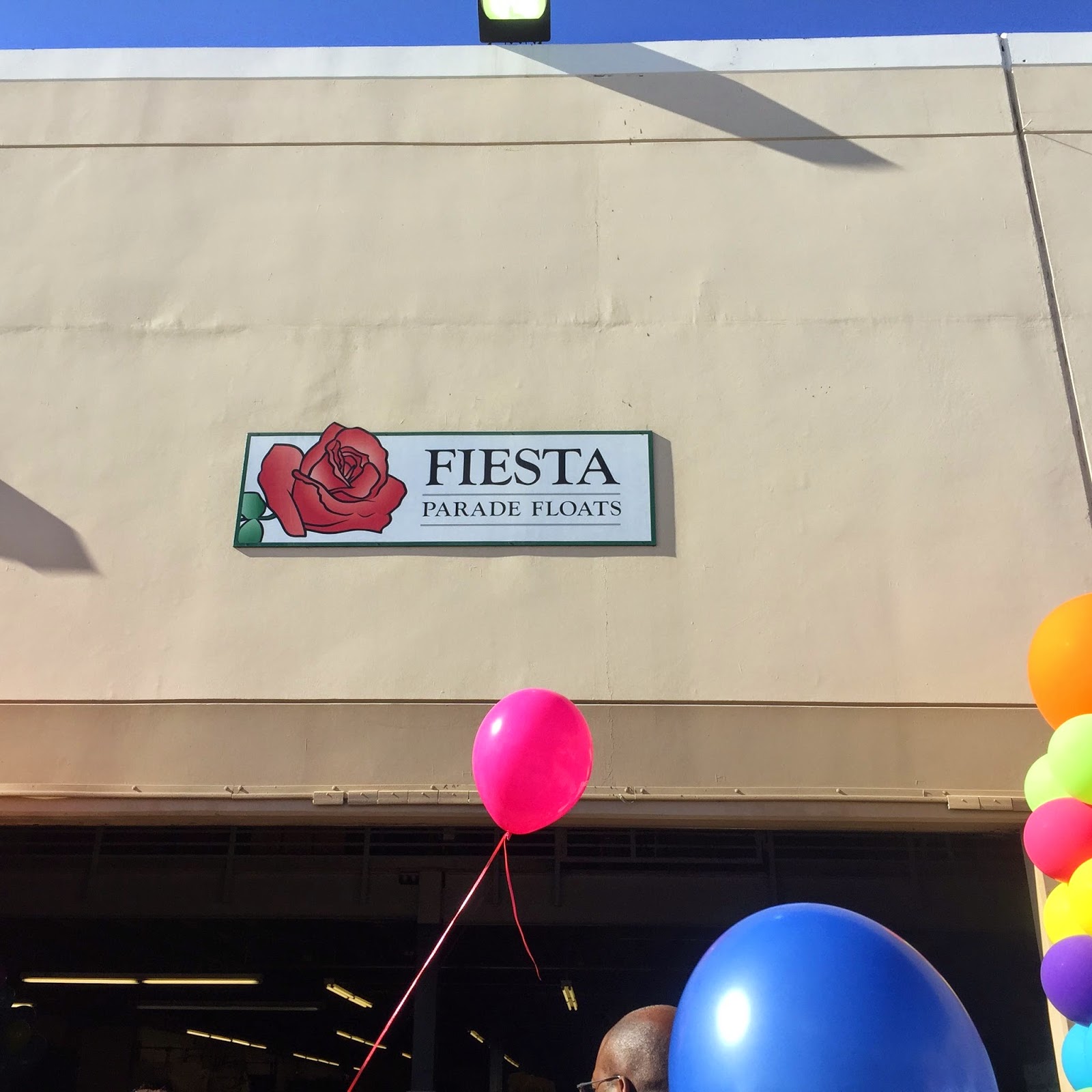 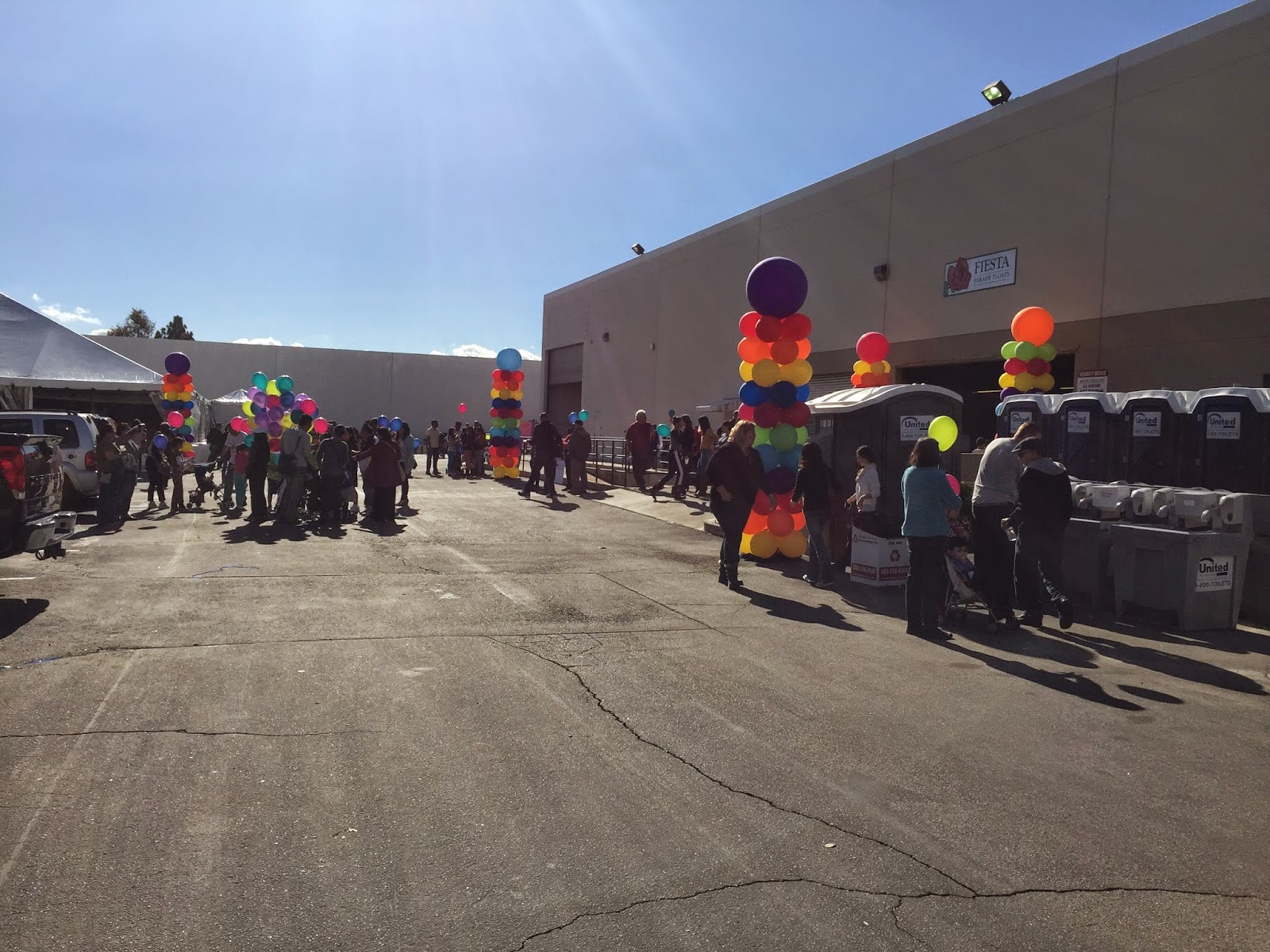 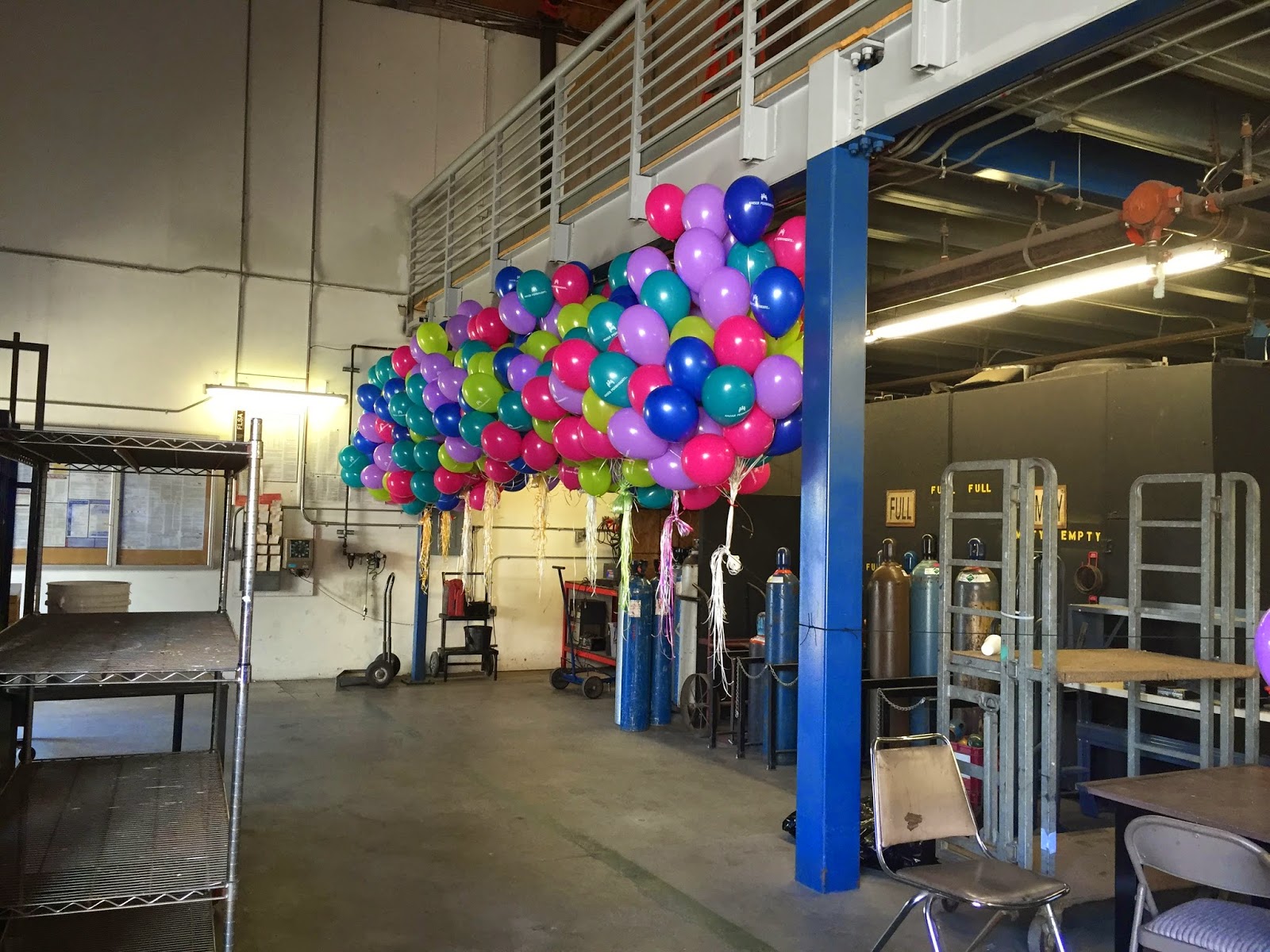 after a minor snafu that involved me dropping the bean off with lilcee and heading back home to bring something to the hub, i returned to find much larger crowds and activities in full swing. 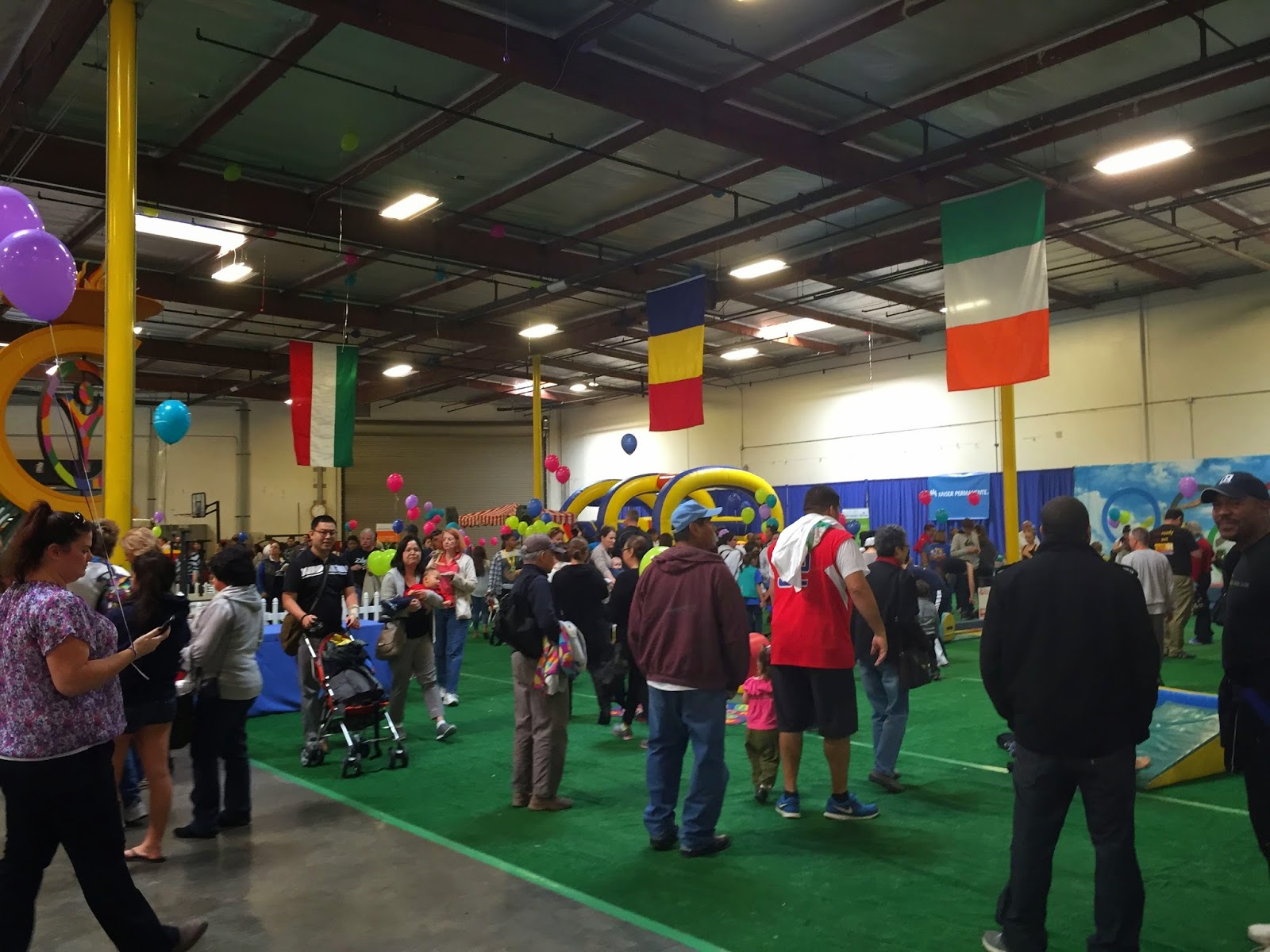 as i strolled around looking for my people, i grabbed a snack for my growling tummy. 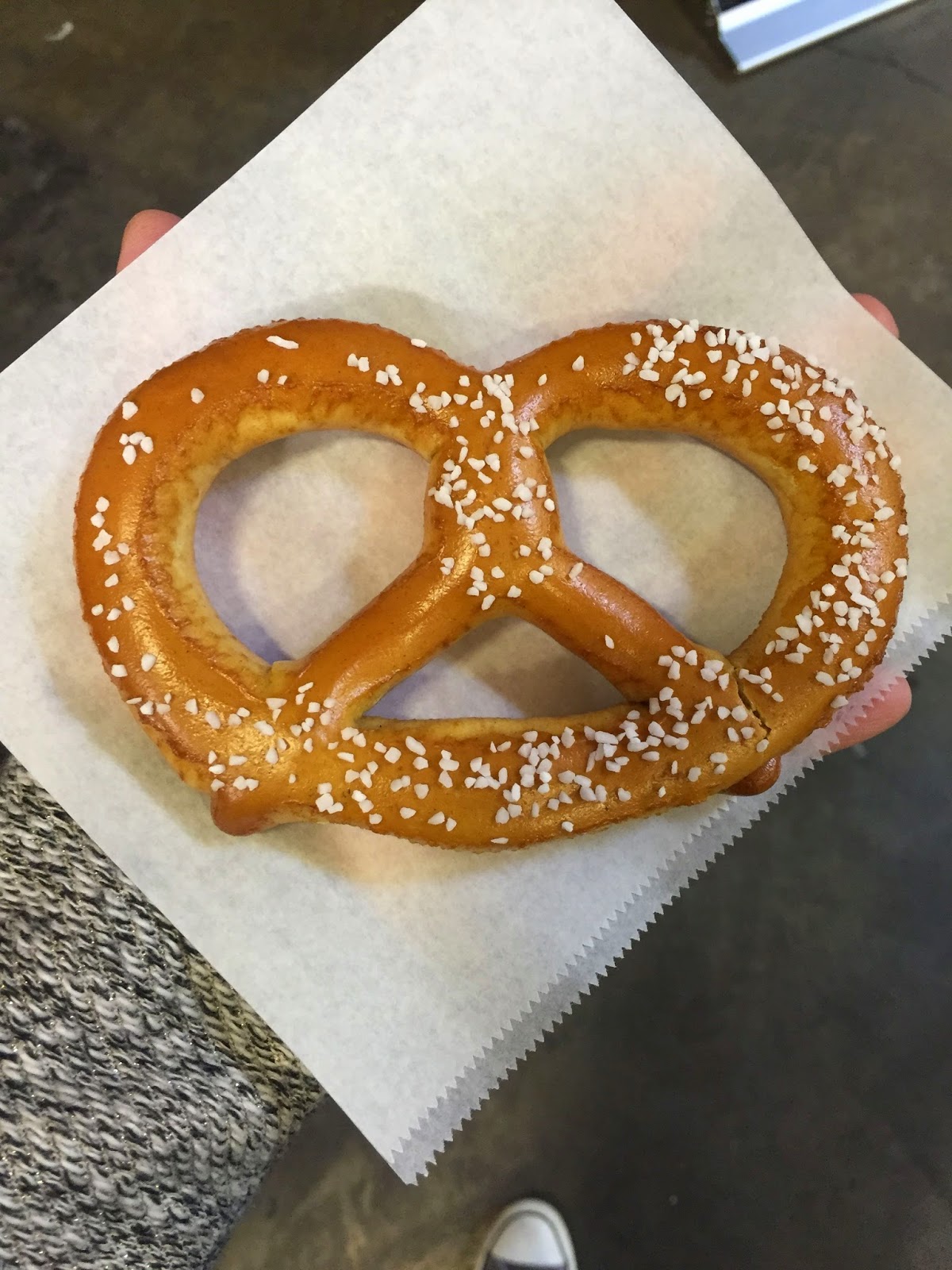 just as before, there were lots of floats (and pieces of them) under construction to look at. 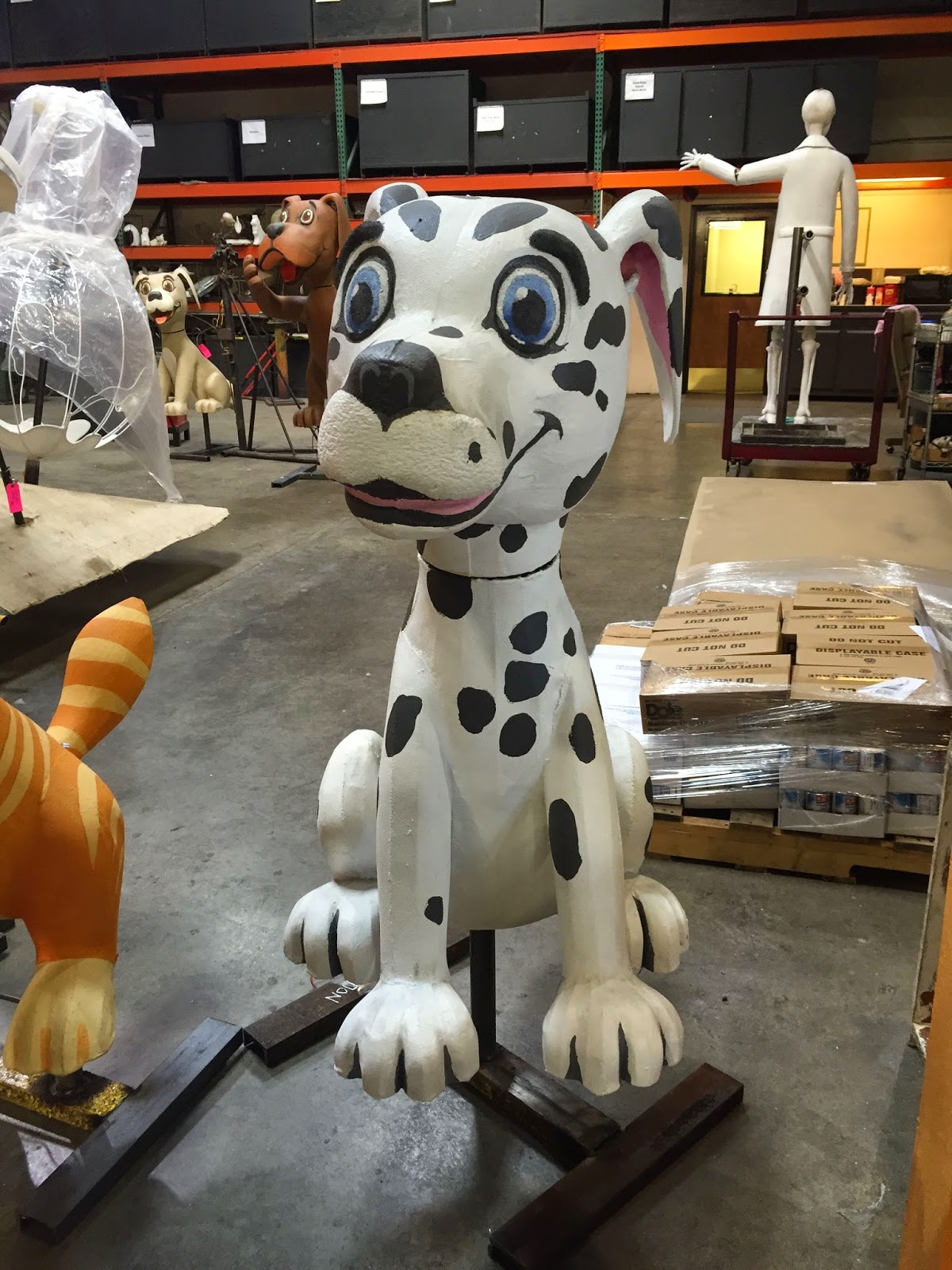 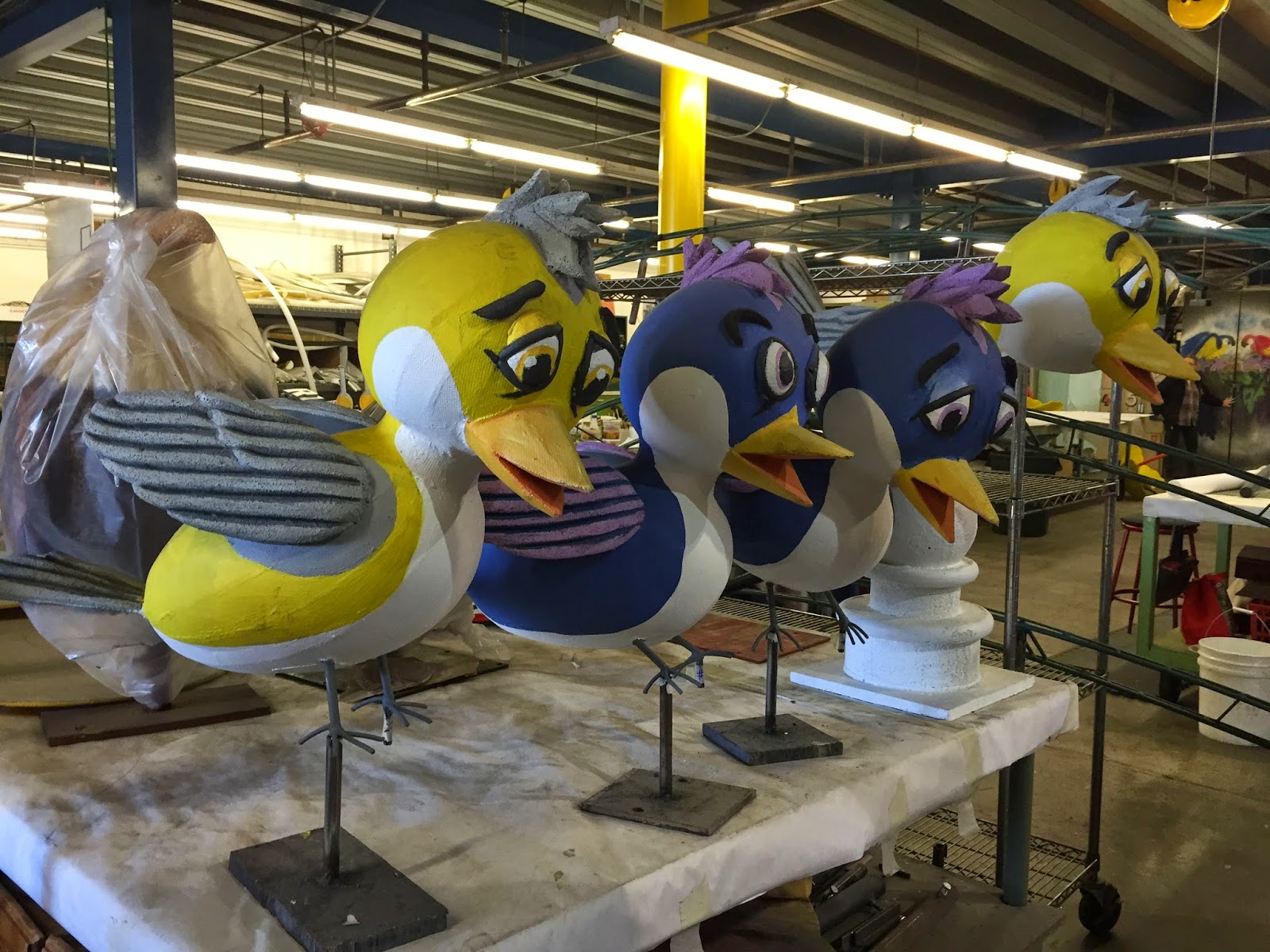 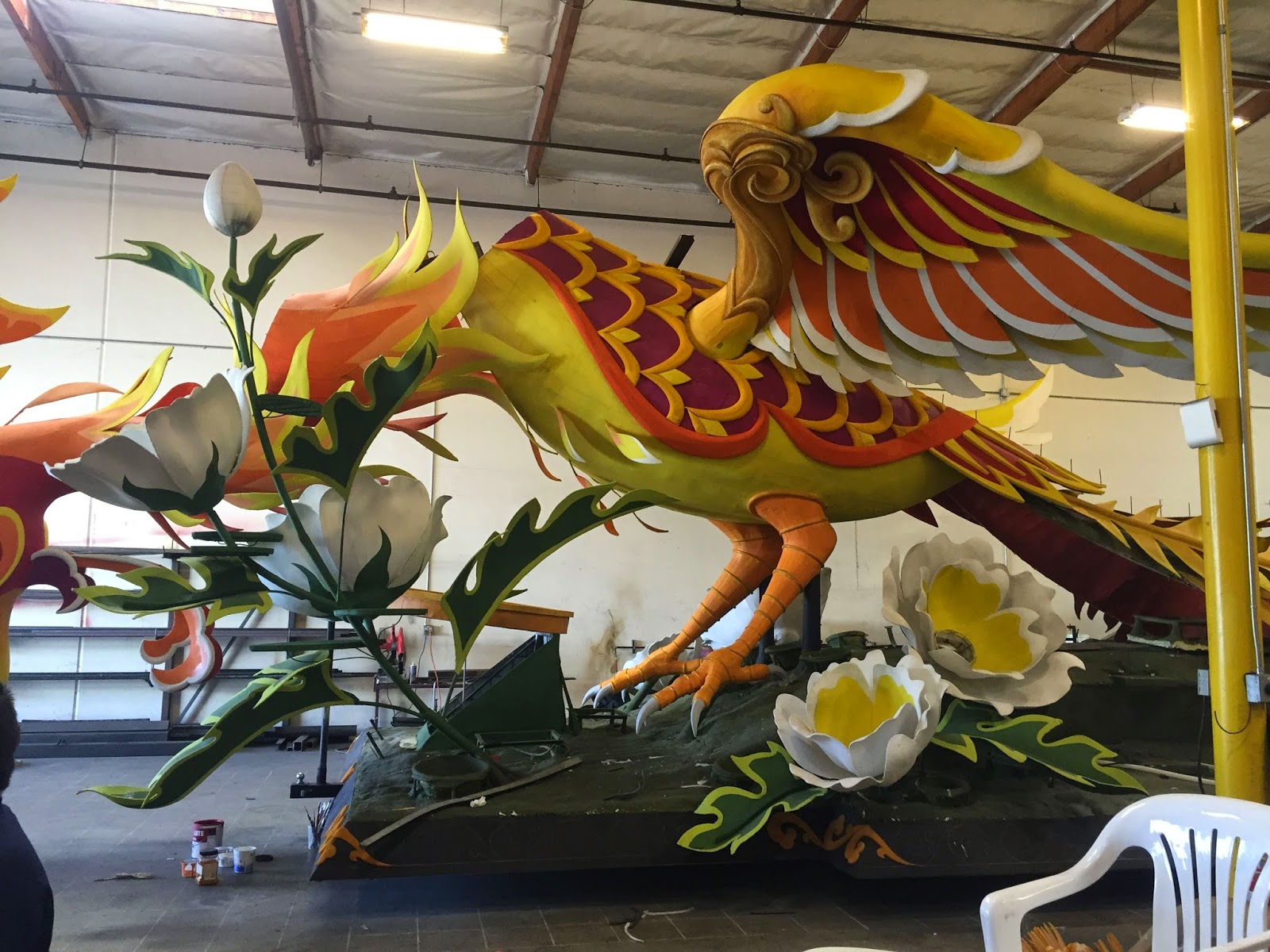 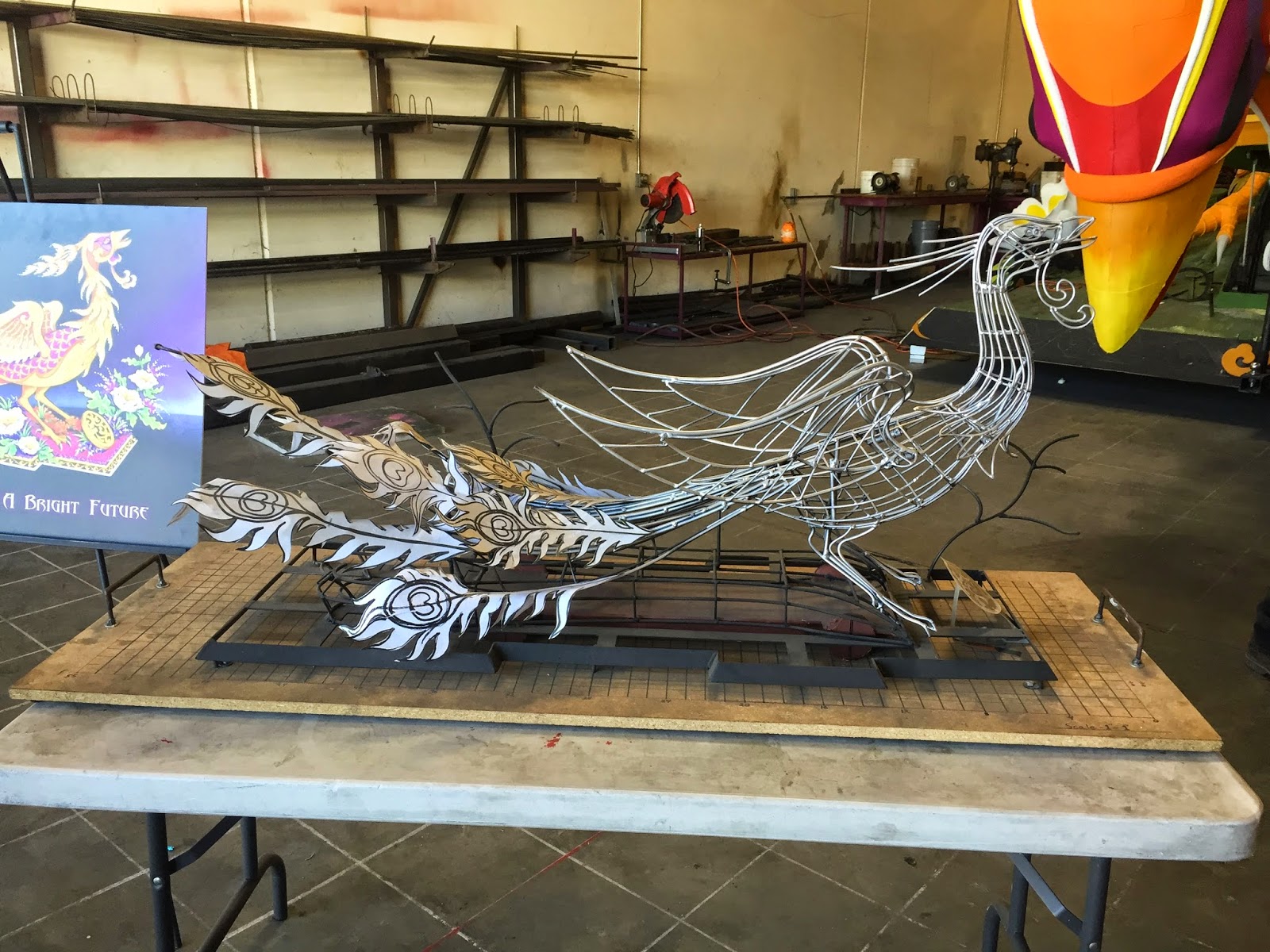 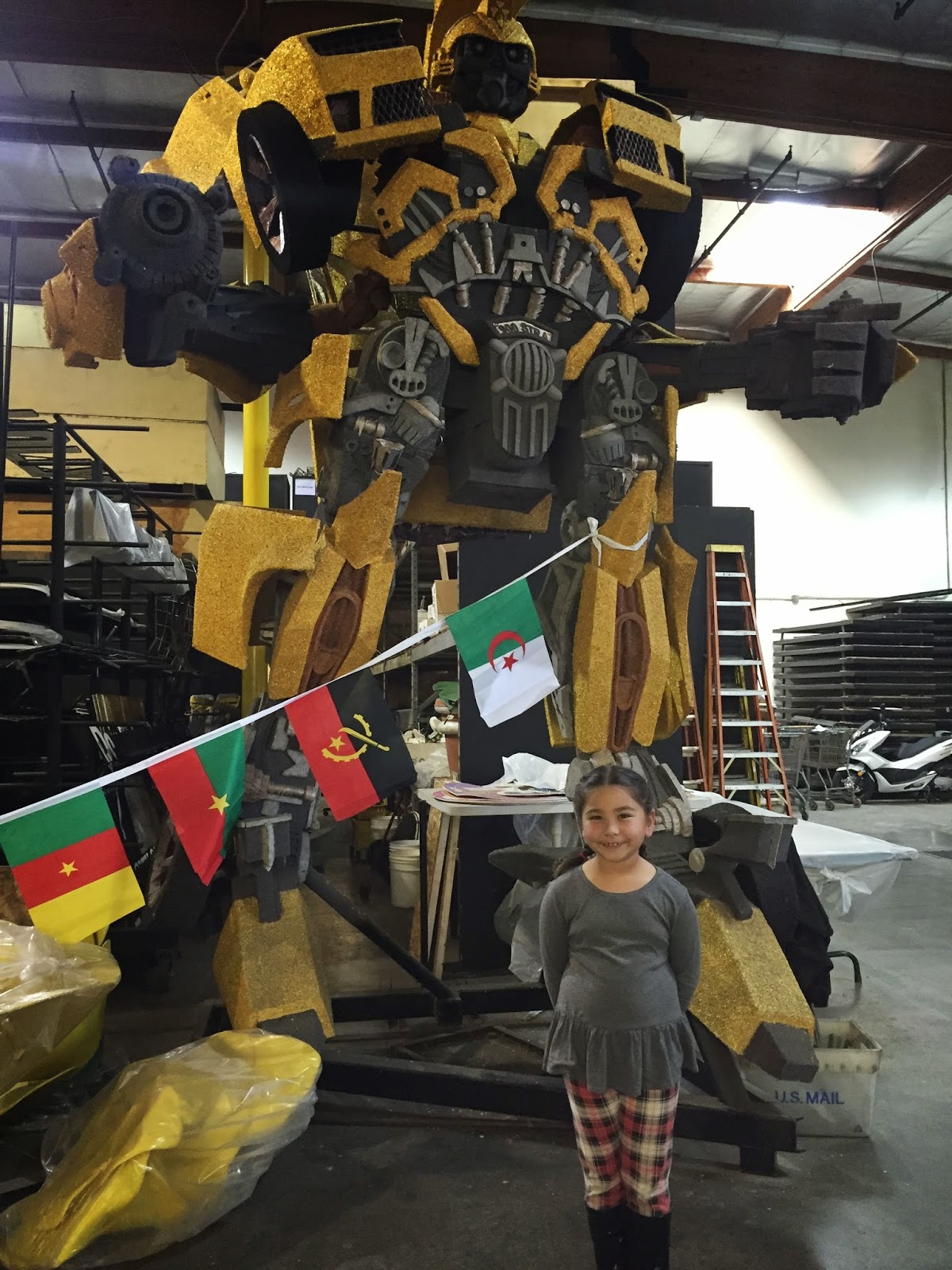 i found them outside in the main tent finishing up lunch.  because they're always so thoughtful, they'd snagged some for me too.  inside this bag was a ham sandwich, condiments and a bag of chips. 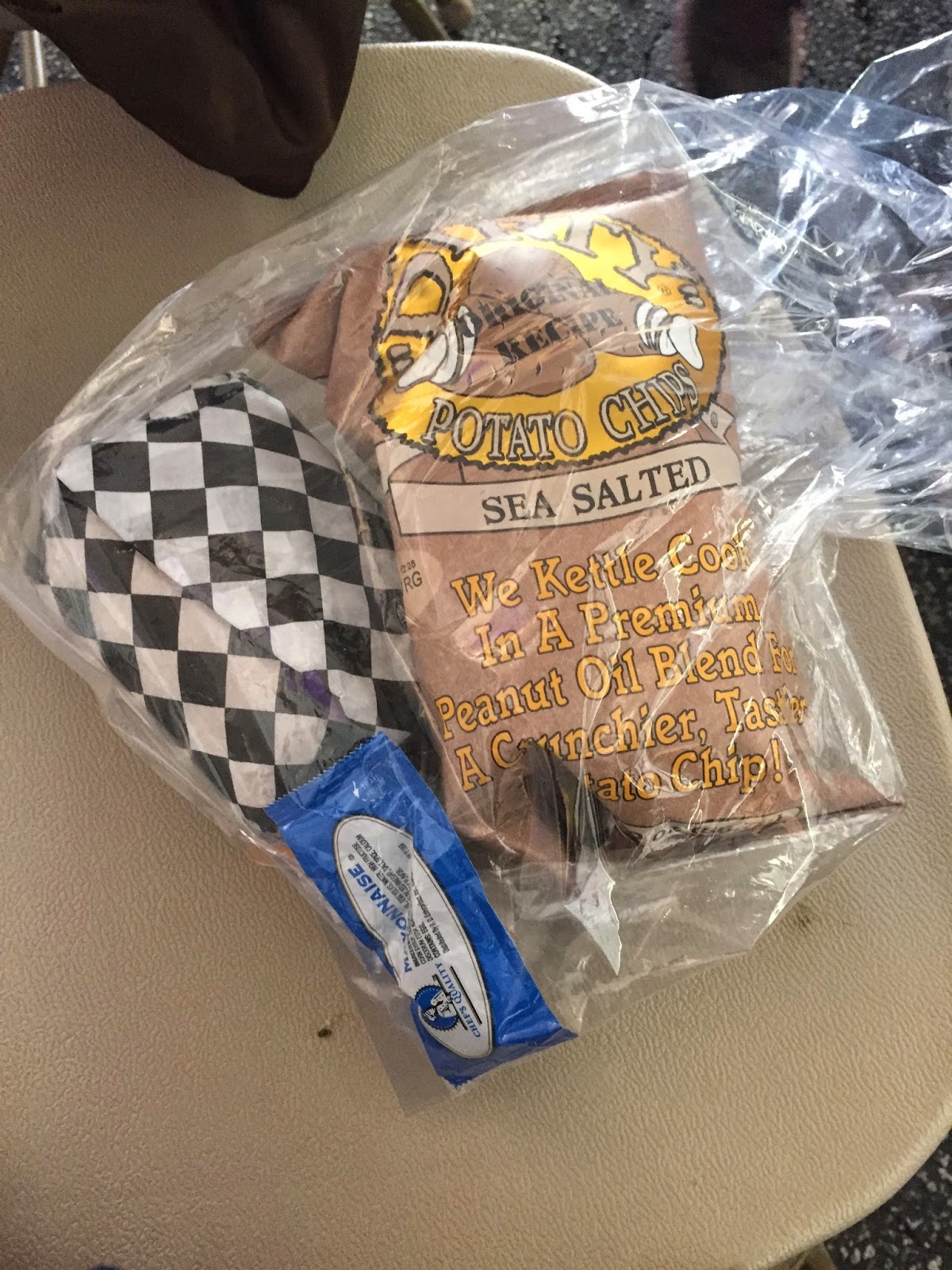 as i munched, an announcer appeared onstage to welcome everyone and invited the kids to come up and grab a hula hoop to show off their moves.  there were a ton of kids there, so it took awhile for the girls to get their turn. 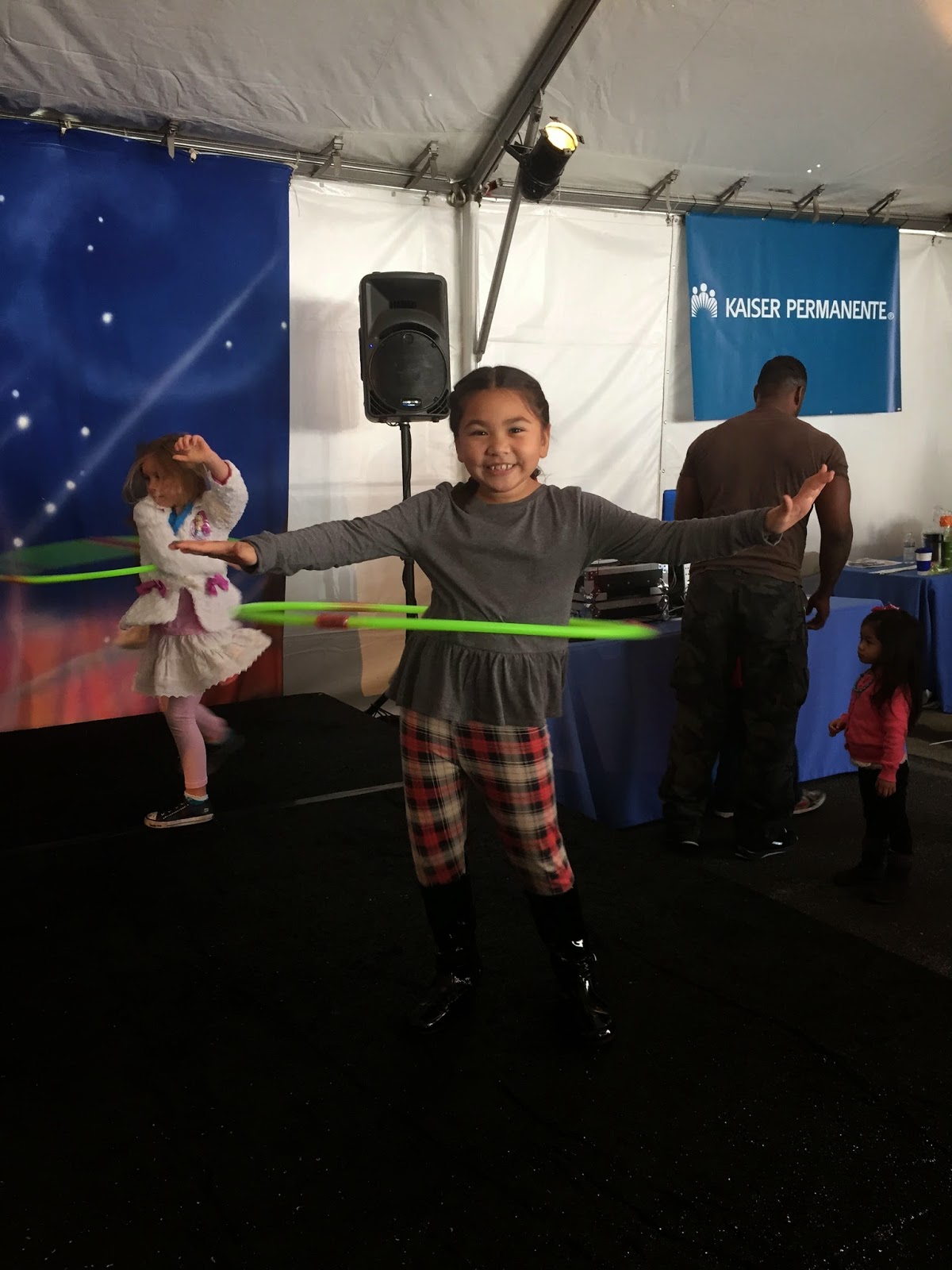 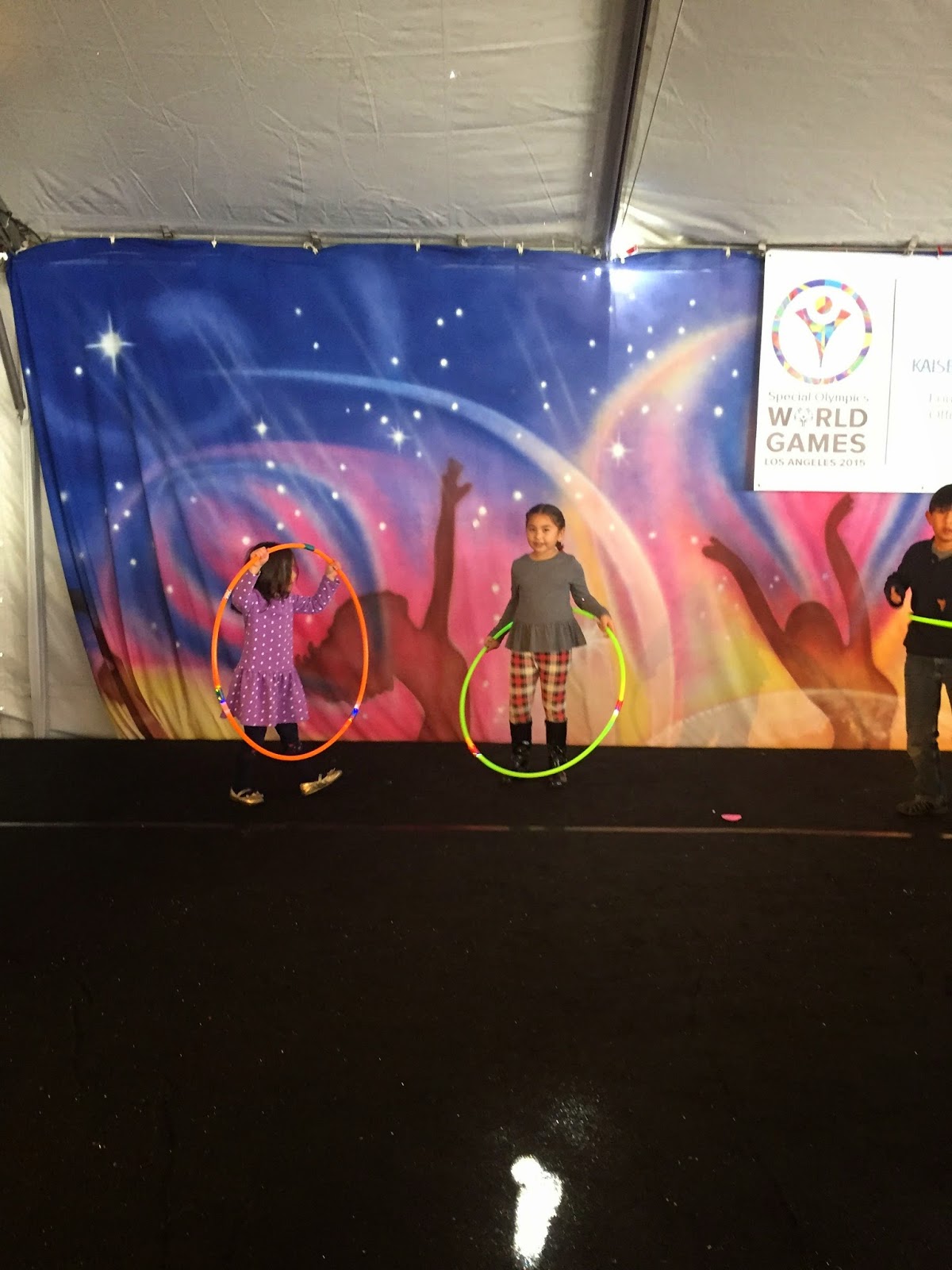 then they decided to do a quick karaoke performance.  the tune?  "let it go," of course.  this brought all the kids up to belt it out...and one very enthusiastic lady.  she sang with gusto, flailing arms wildly, almost smacking the bean once or twice.  you can see how thrilled she was about that. 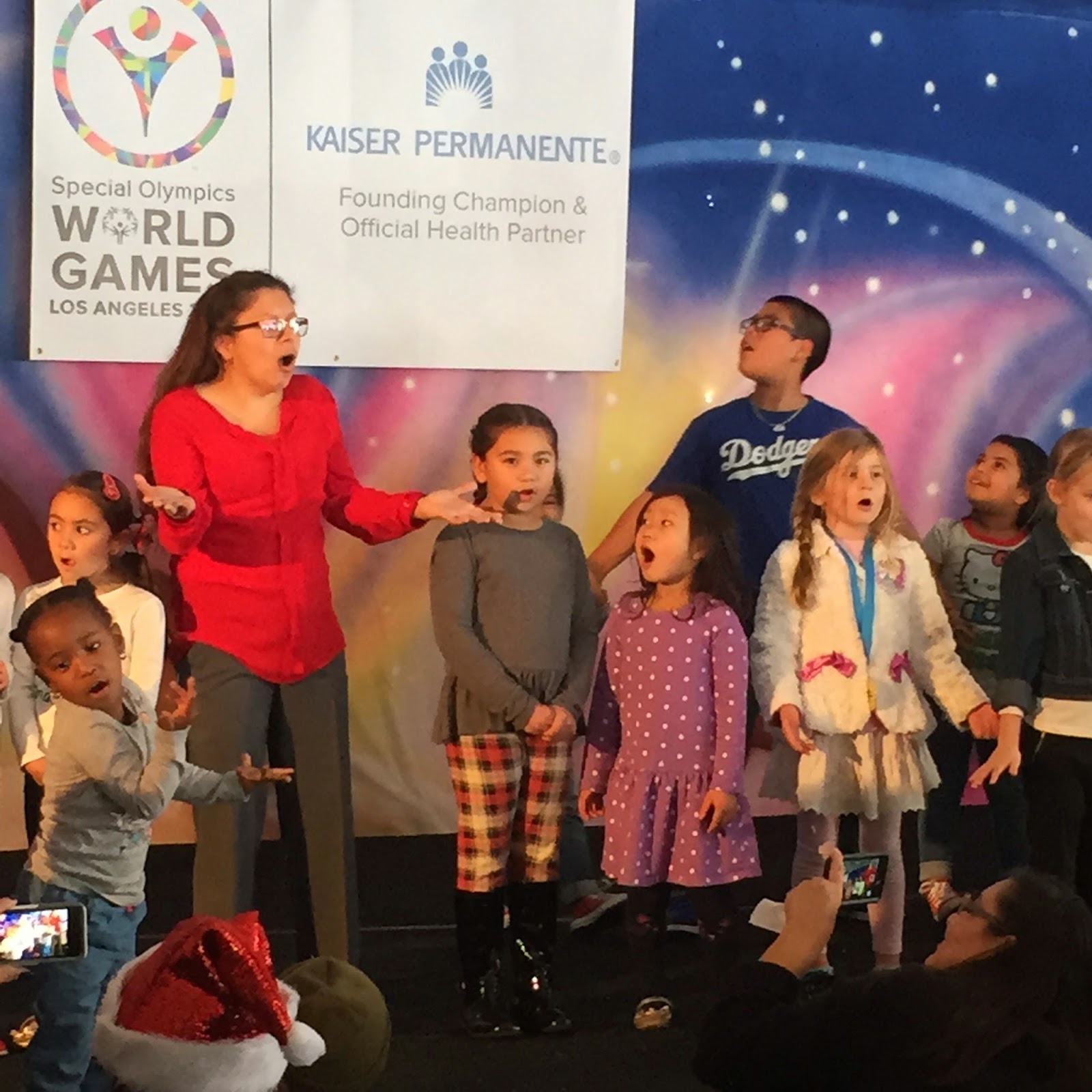 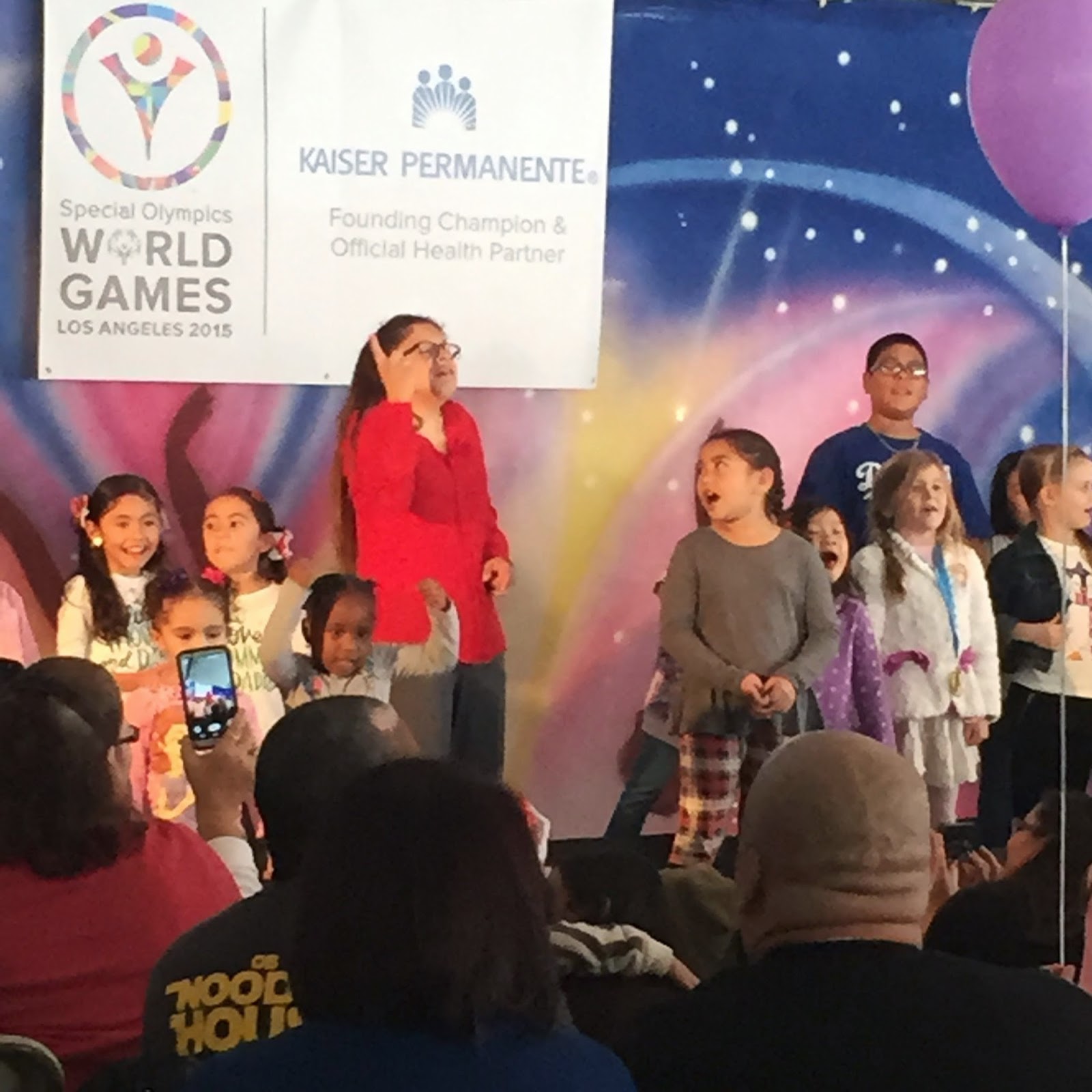 when the song mercifully came to an end, the kids were encouraged to grab their parents and bring them up to play a game.  the girls were relentless and wouldn't take no for an answer, so lilcee and i found ourselves onstage playing a game of "simon says."  because she's smart, lilcee was eliminated quickly and got her ass off the stage ASAP.  and because i'm stupidly competitive, i played the game like i wanted to win it. 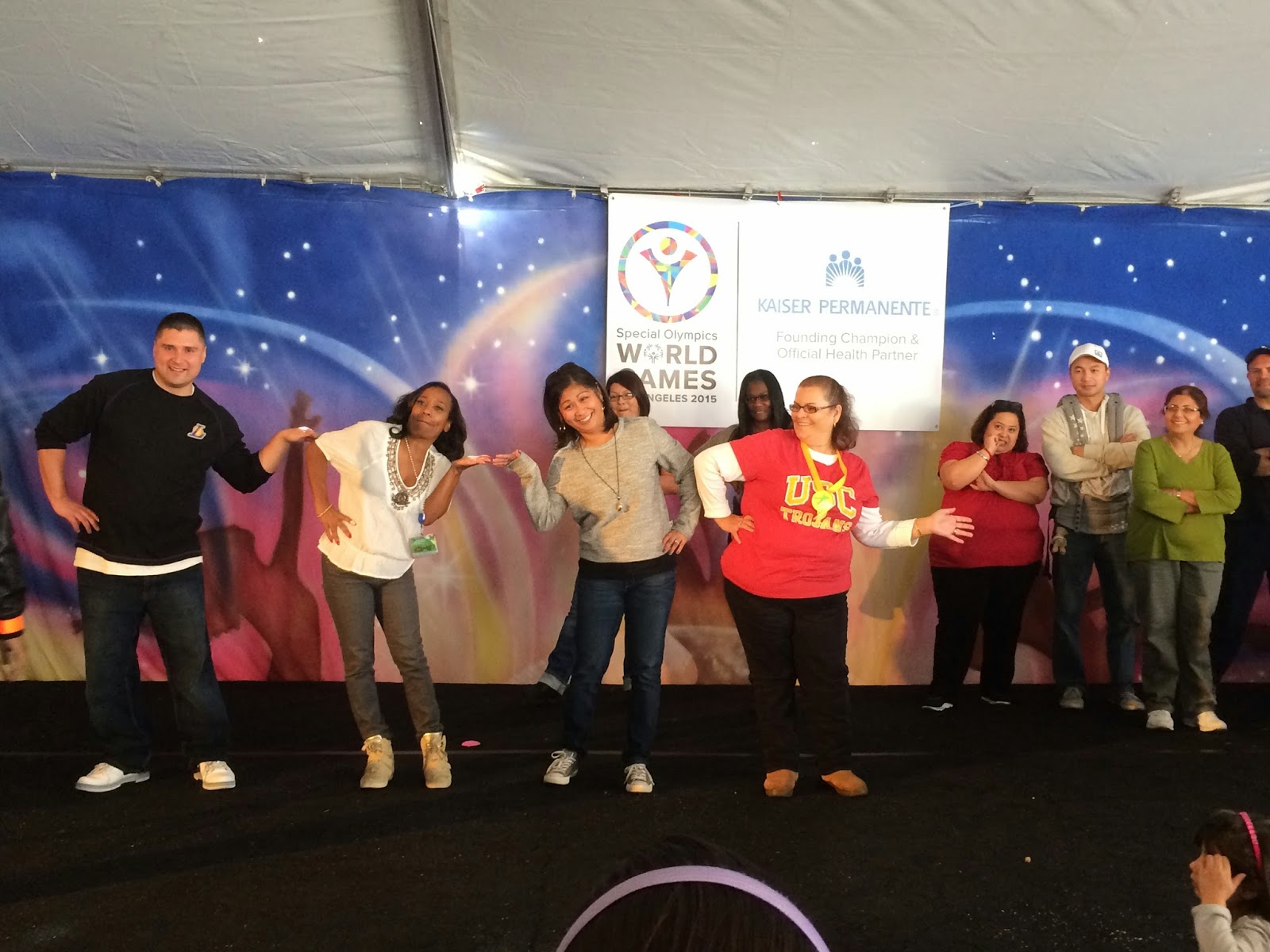 the second group of parents ended up with a round of musical chairs - one of my most hated games.  it's seriously the worst game ever.  and then they opened it up to the kids, which was even more chaotic.  there were so many kids clamoring to play, they must have spent about an hour trying to get through enough rounds for all of them to have a turn.  the bean, not being an aggressive sort, stood near the edge of the crowds, patiently waiting for an opening. 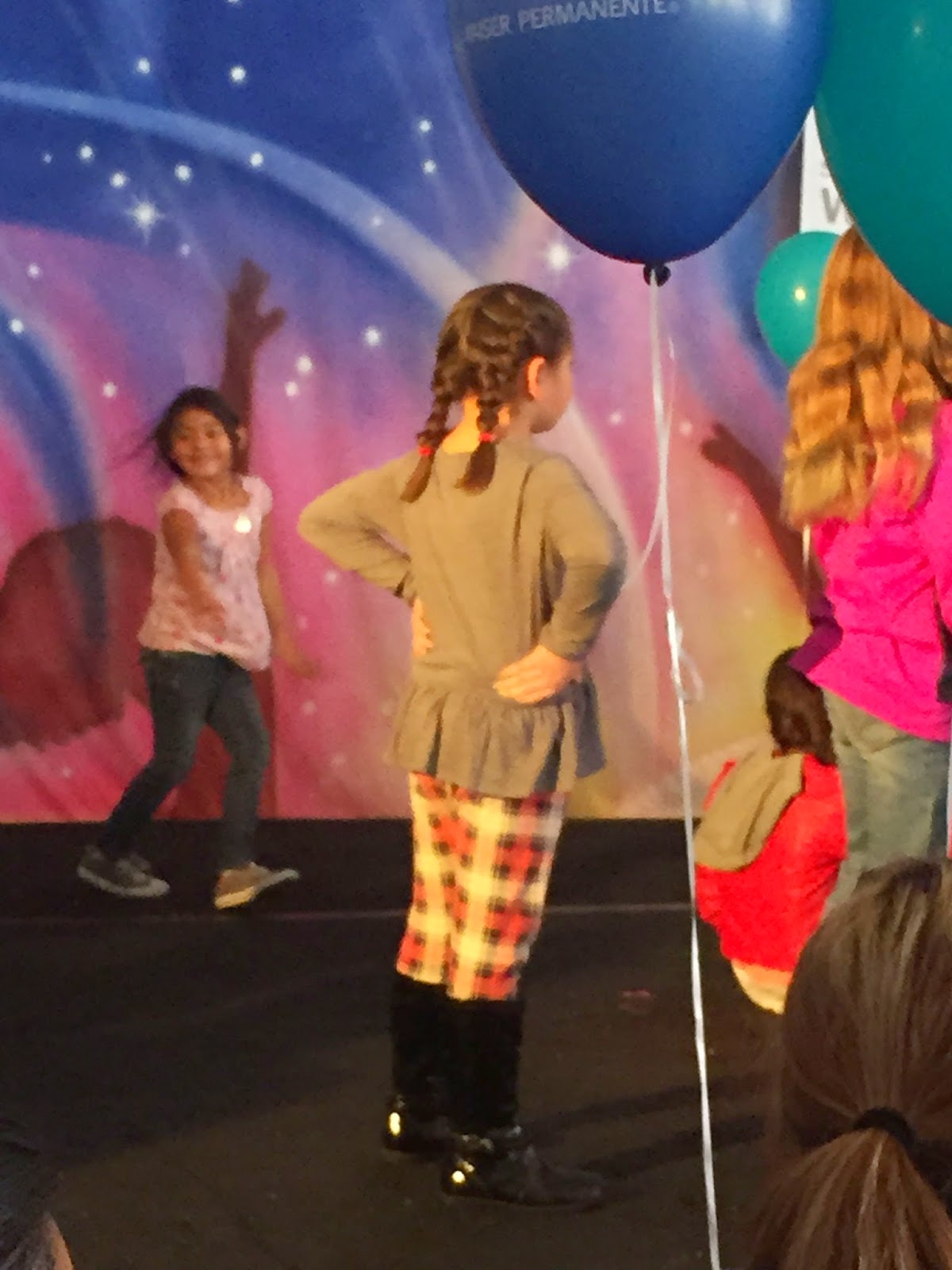 she never did get a turn to play, though she was content with sitting on the stage watching the other kids.  lilcee had mentioned that the rose queen and princesses were doing a meet & greet, smiling and taking photos with anyone who wanted them.  well...you know how much i love photo ops.  and so while the bean continued to cheer on the musical chairs contestants, i snuck away to meet the queen and her court.  i totally look like i belong, right?  heh.  next time, i'll know the right way to pose so that i fit in.  muahahahahaha. 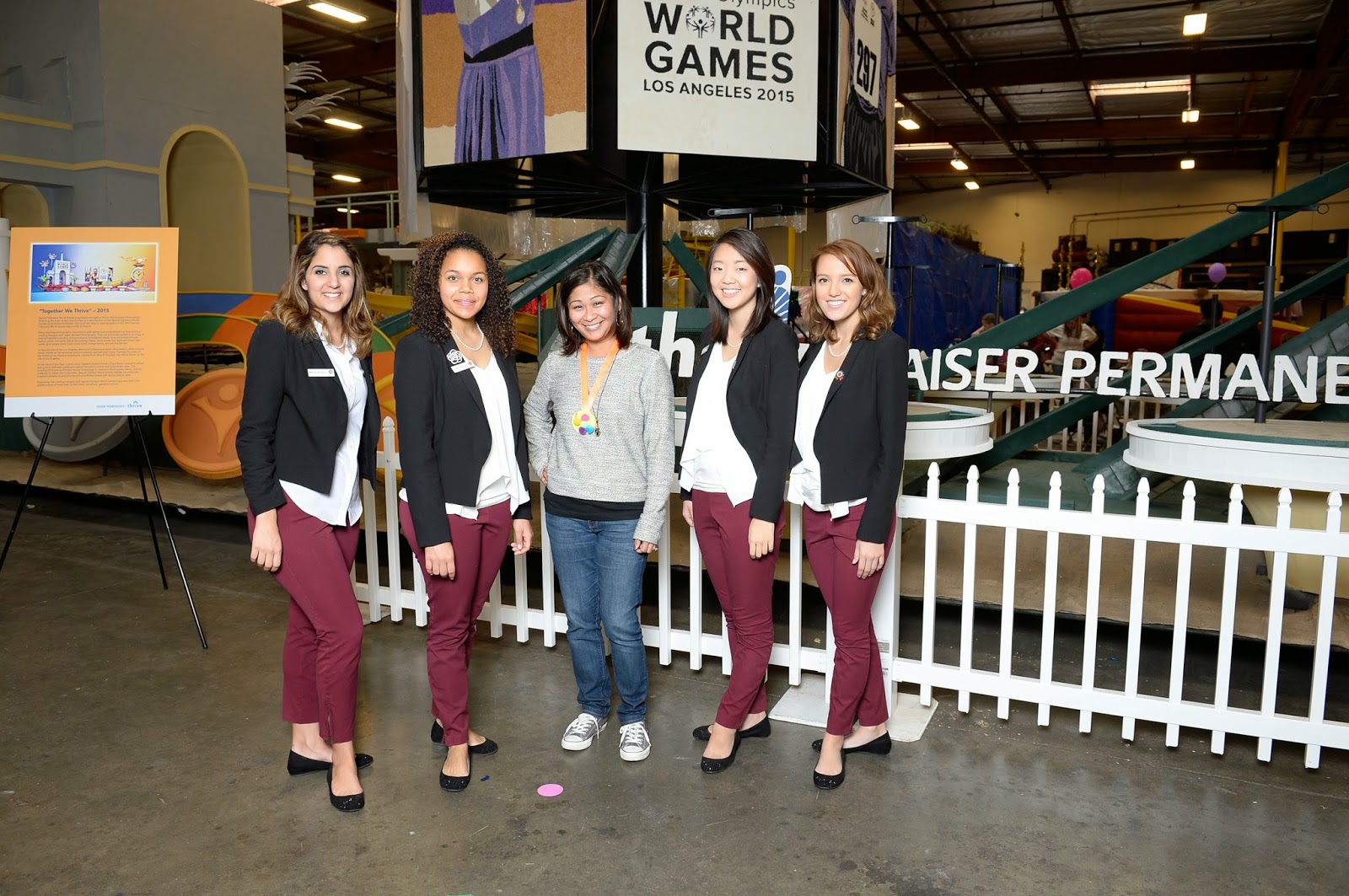 also, i learned that you can tell which one is the queen by who's wearing the rose pin on their lapel.  if you look closely, her rosy highness is on my right. 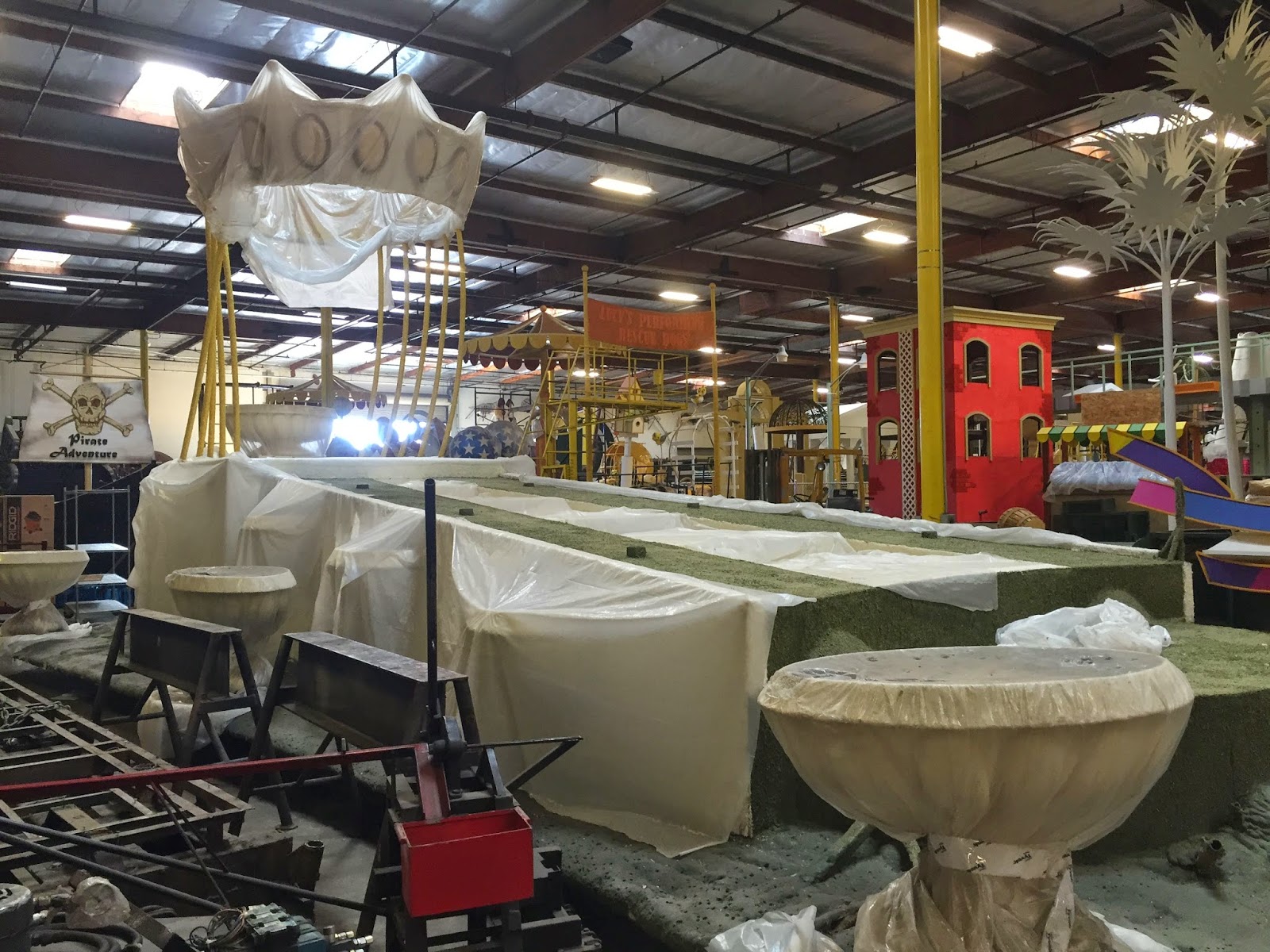 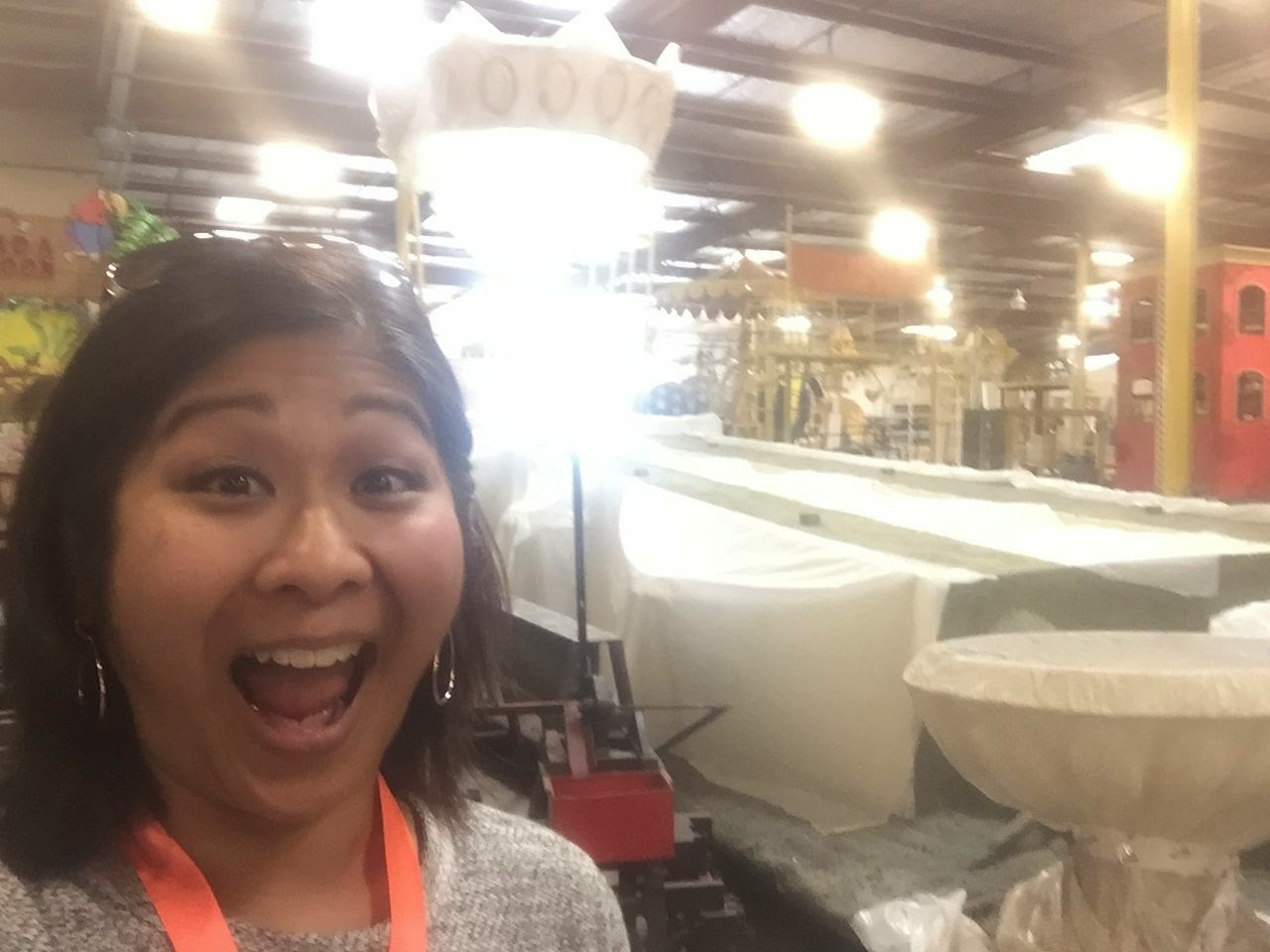 lilcee & co. had to leave after that to get mini cee to a dress rehearsal for her dance recital, but the bean and i decided to hang around a little longer.  she wanted to go back inside and play on the gymnastics equipment that was set up for the kids. 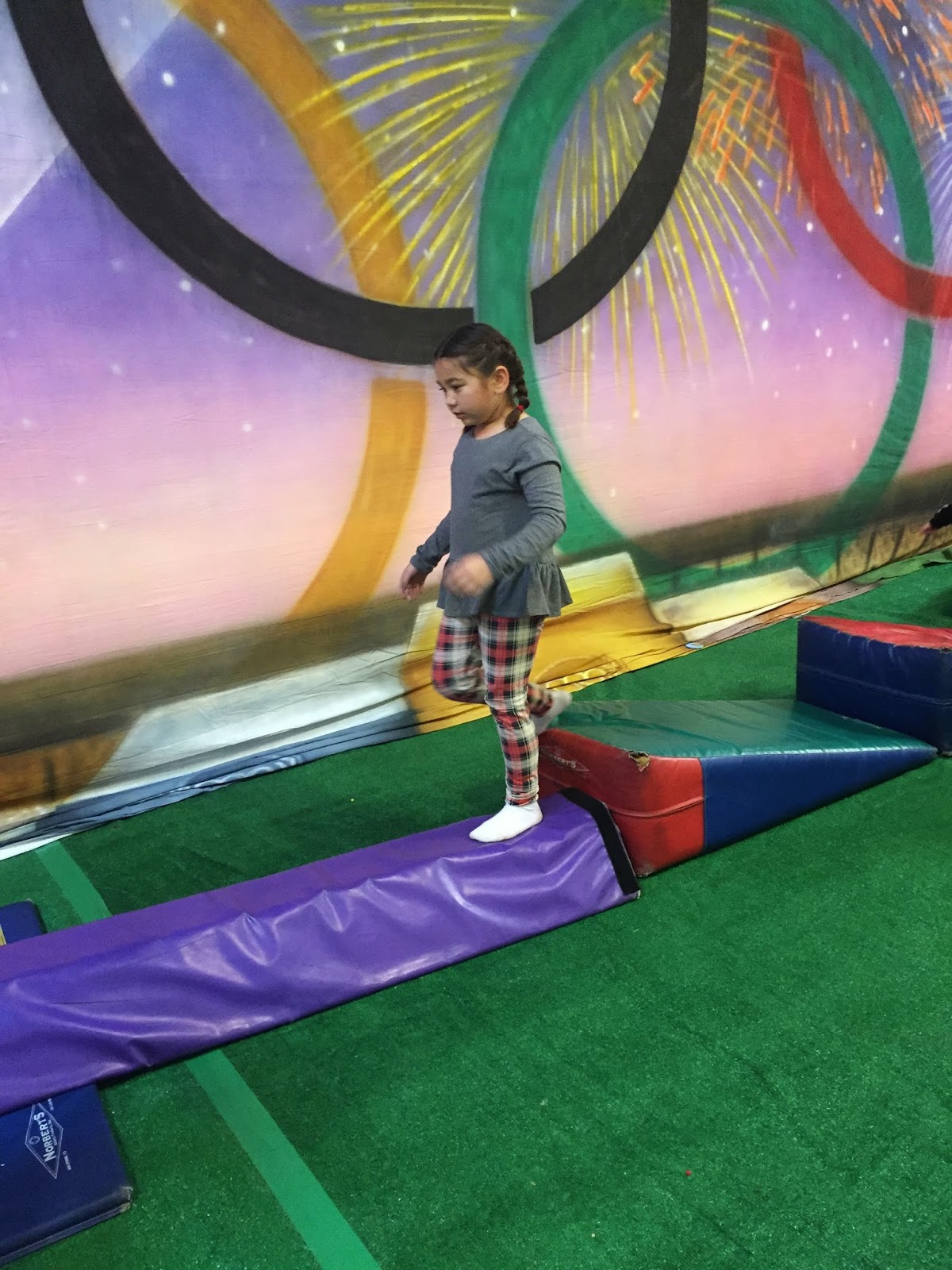 it didn't take long for her to tire of that, and since the event was almost over anyway we headed outta there too.  of course, not before we snapped a couple of selfies. 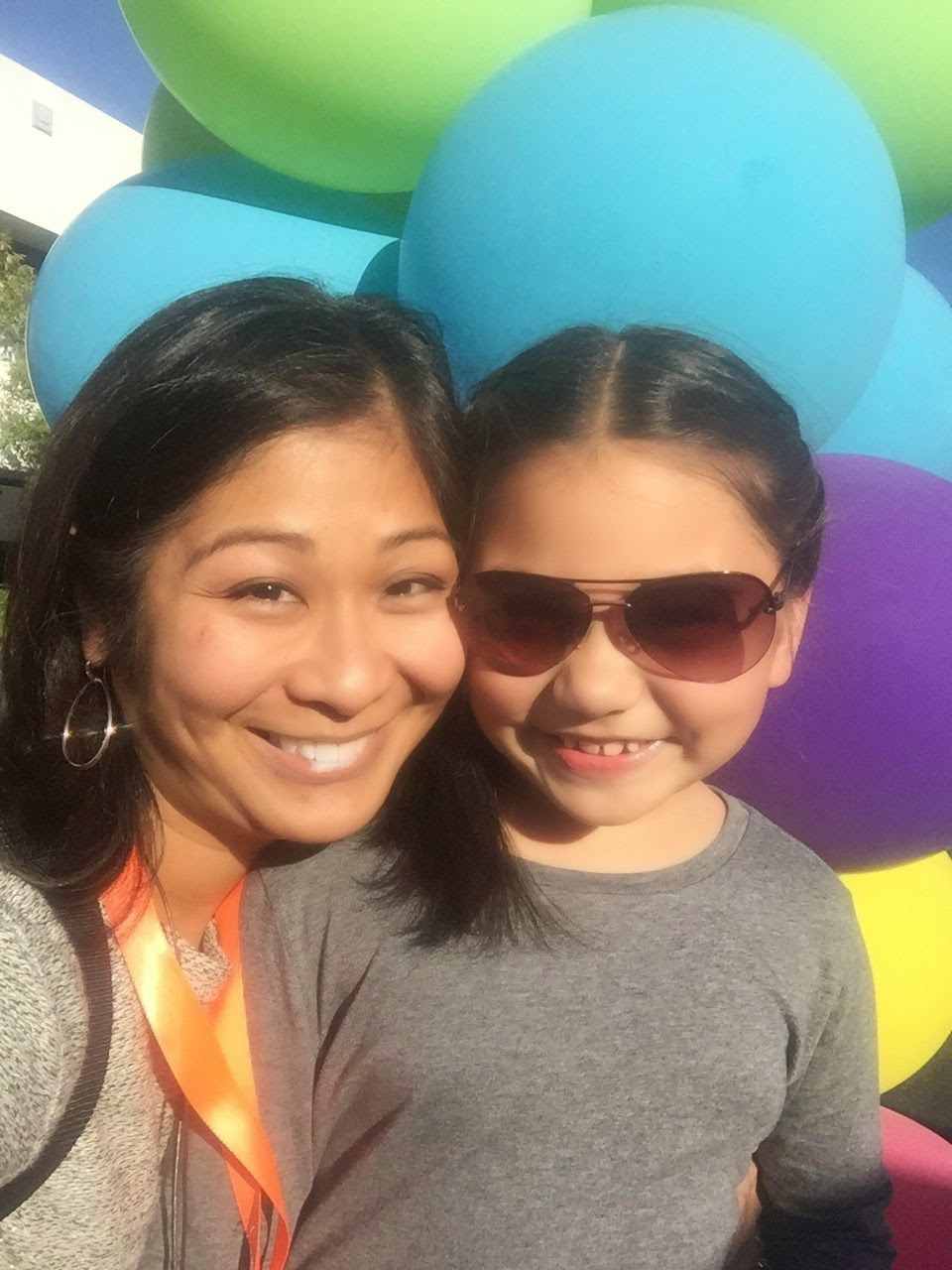 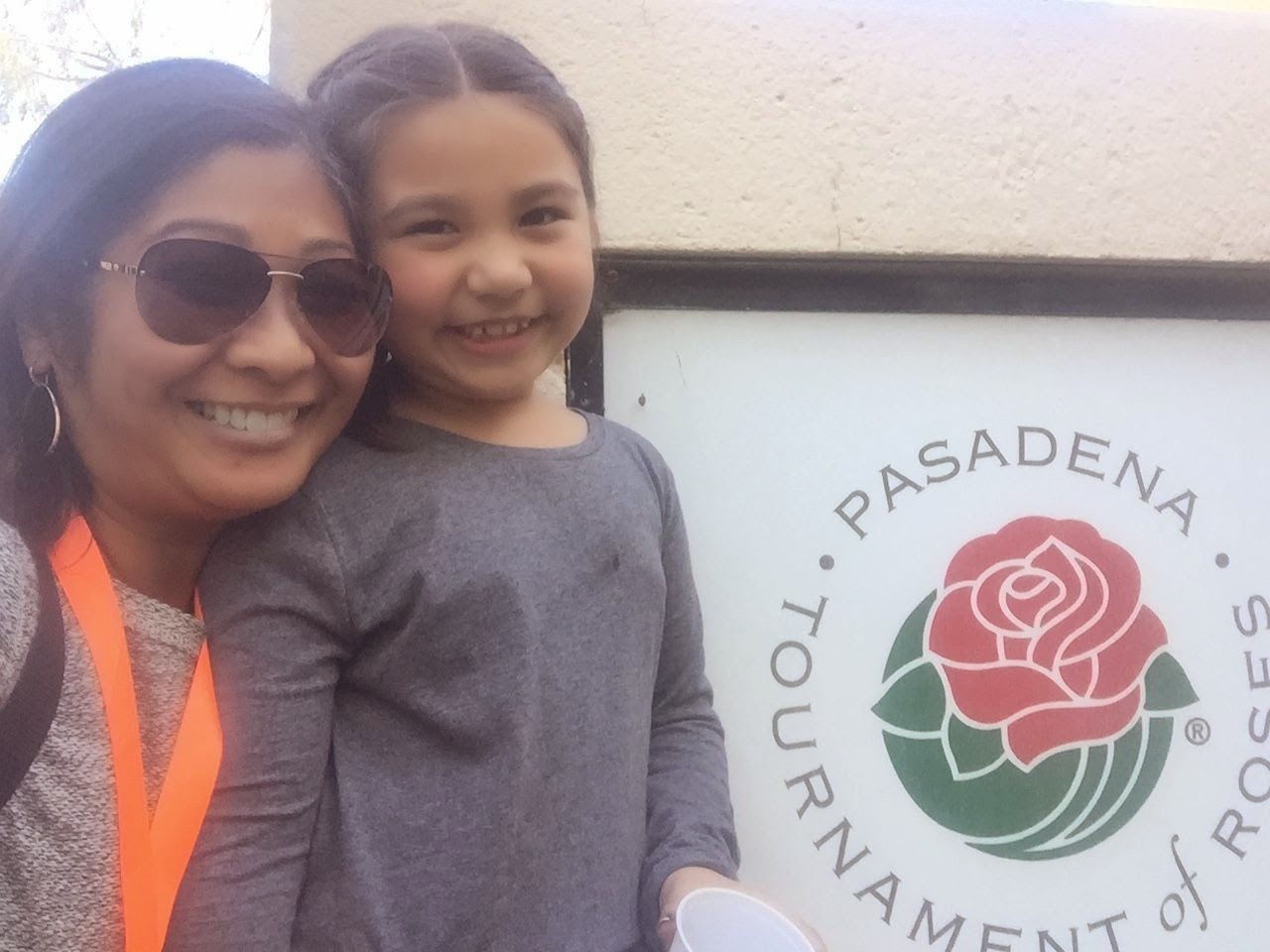 i mean...there's always time for a selfie, amirite??