after missing our beloved SFAM holiday hoorah last year because we simply couldn't get our shit together, we managed to find a date when a good number of us were available for breakfast on a sunday morning.  i think we were all relieved when we all arrived and were happily chatting at the table - this is one tradition that i just don't want to see end.  after a bit of back-and-forth to find a venue, i made the executive decision to bring everyone to a familiar spot:  mike & anne's in south pasadena.

i had to bring a little friend along, because holiday hoorah is where his story began. 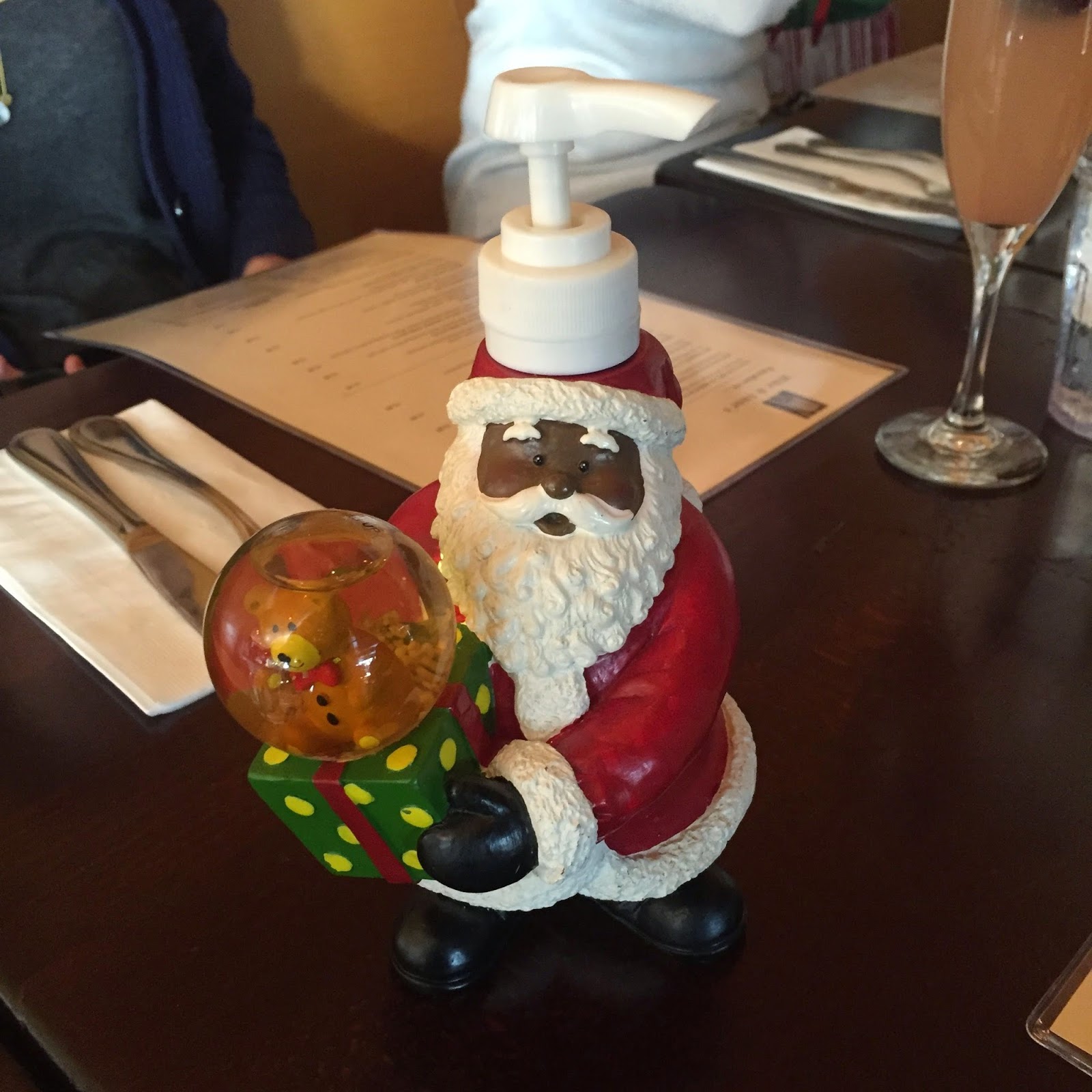 heh.  much like the annual bridal twirl, he's also become a tradition that started from pure silliness.  gotta love it.

because we couldn't decide on one thing for breakfast, four of us decided to place our orders and then share our plates, family-style.  i mean, how do you choose between challah bread french toast: 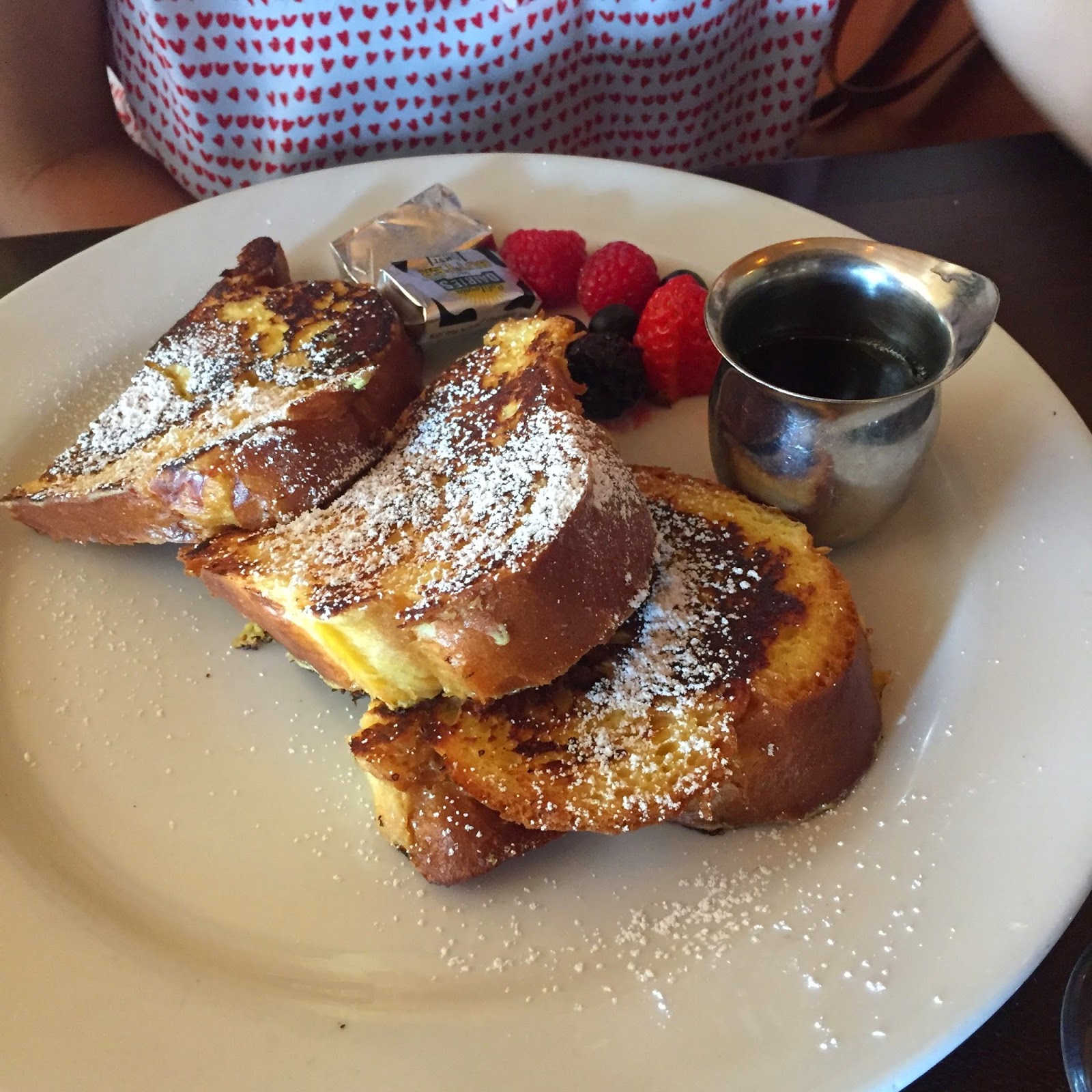 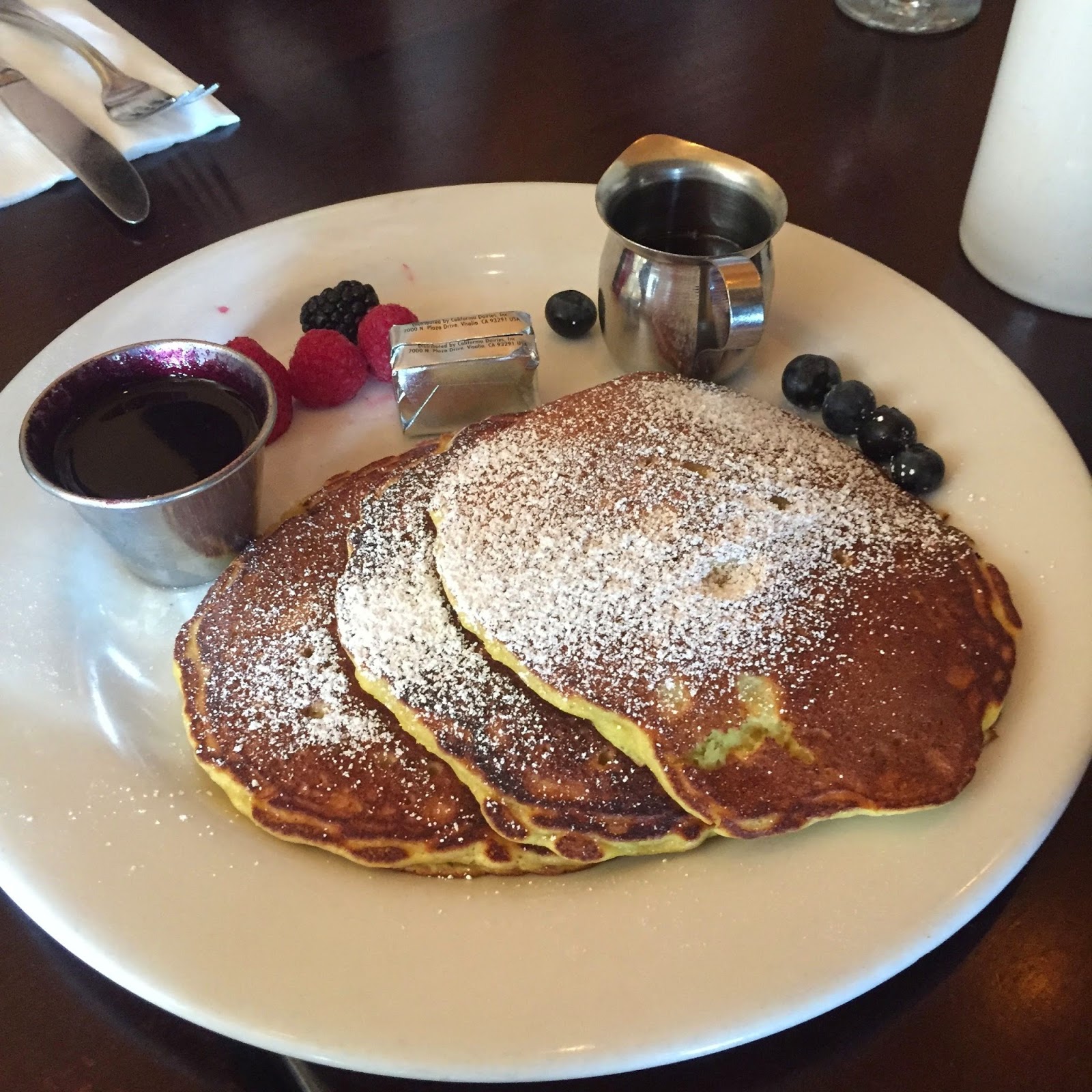 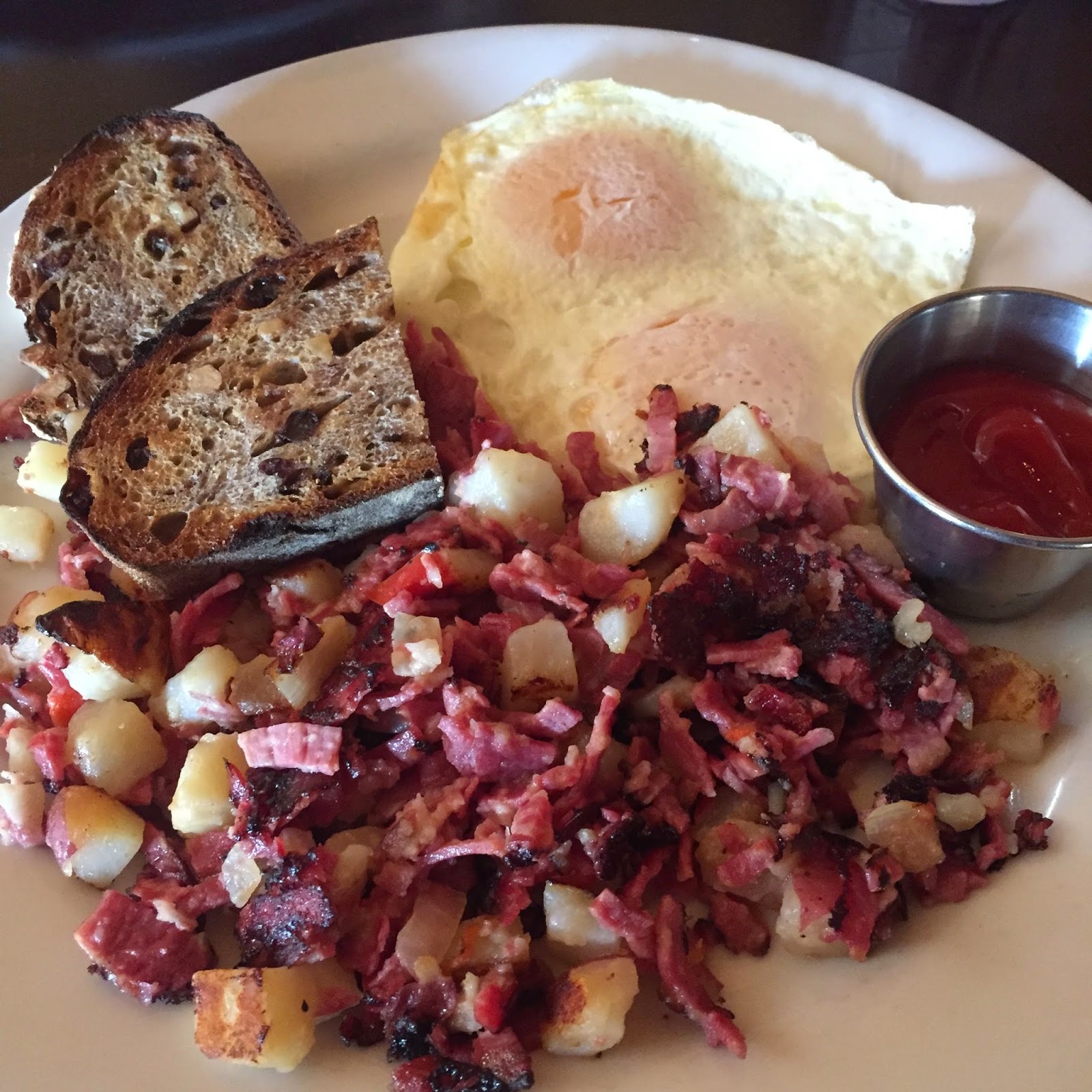 and red flannel hash, made with red and sweet potatoes, beets, onion, and bacon: 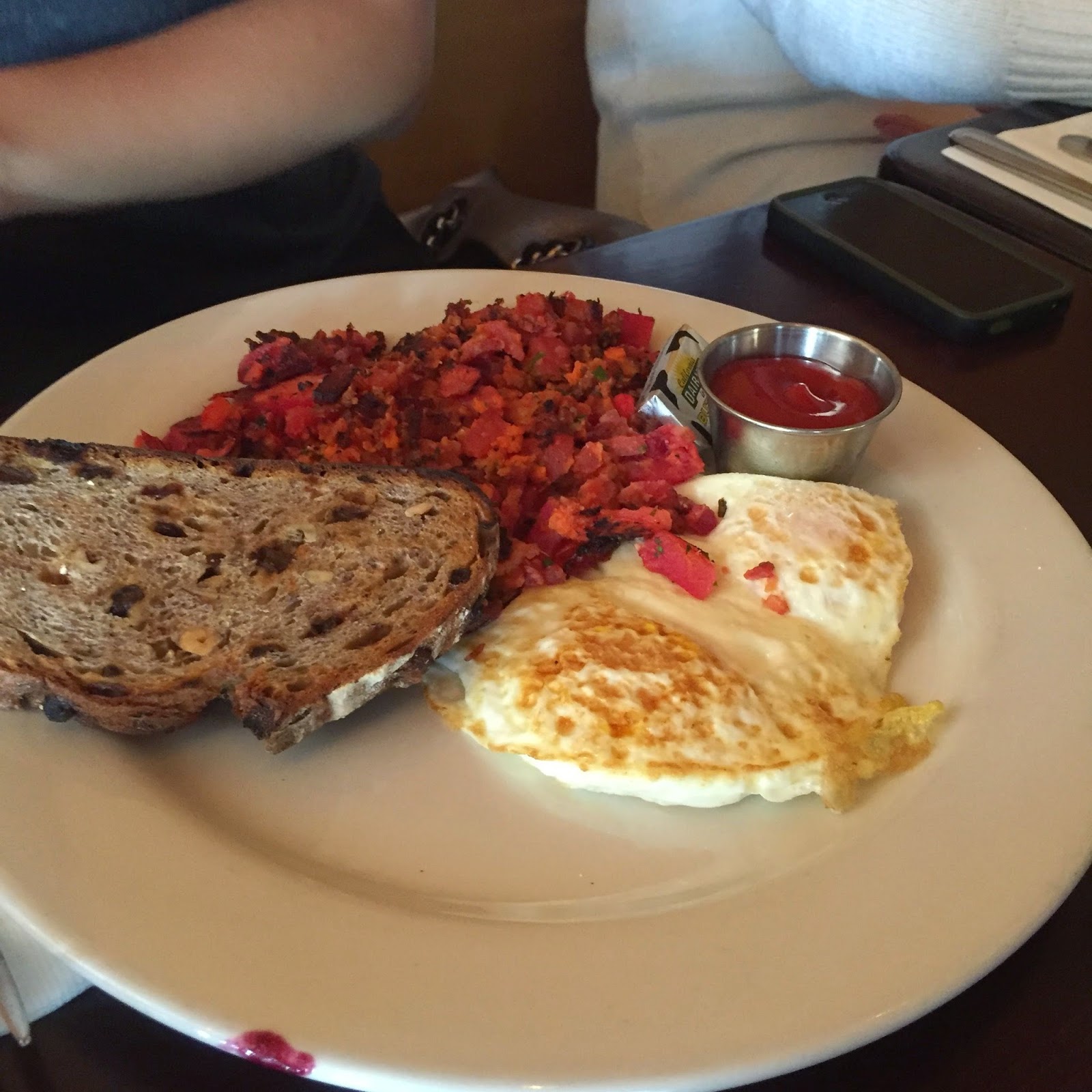 everything was delicious as always. mike & anne's never disappoints.

part of the holiday hoorah tradition includes a gift exchange, but because we'd thrown this gathering together so last-minute, it was optional.  some of us have more time than others to squeeze in a trip to pick up something awesome.

nanette went first, opening a fabulous pocky grab bag that i was drawn immediately to. 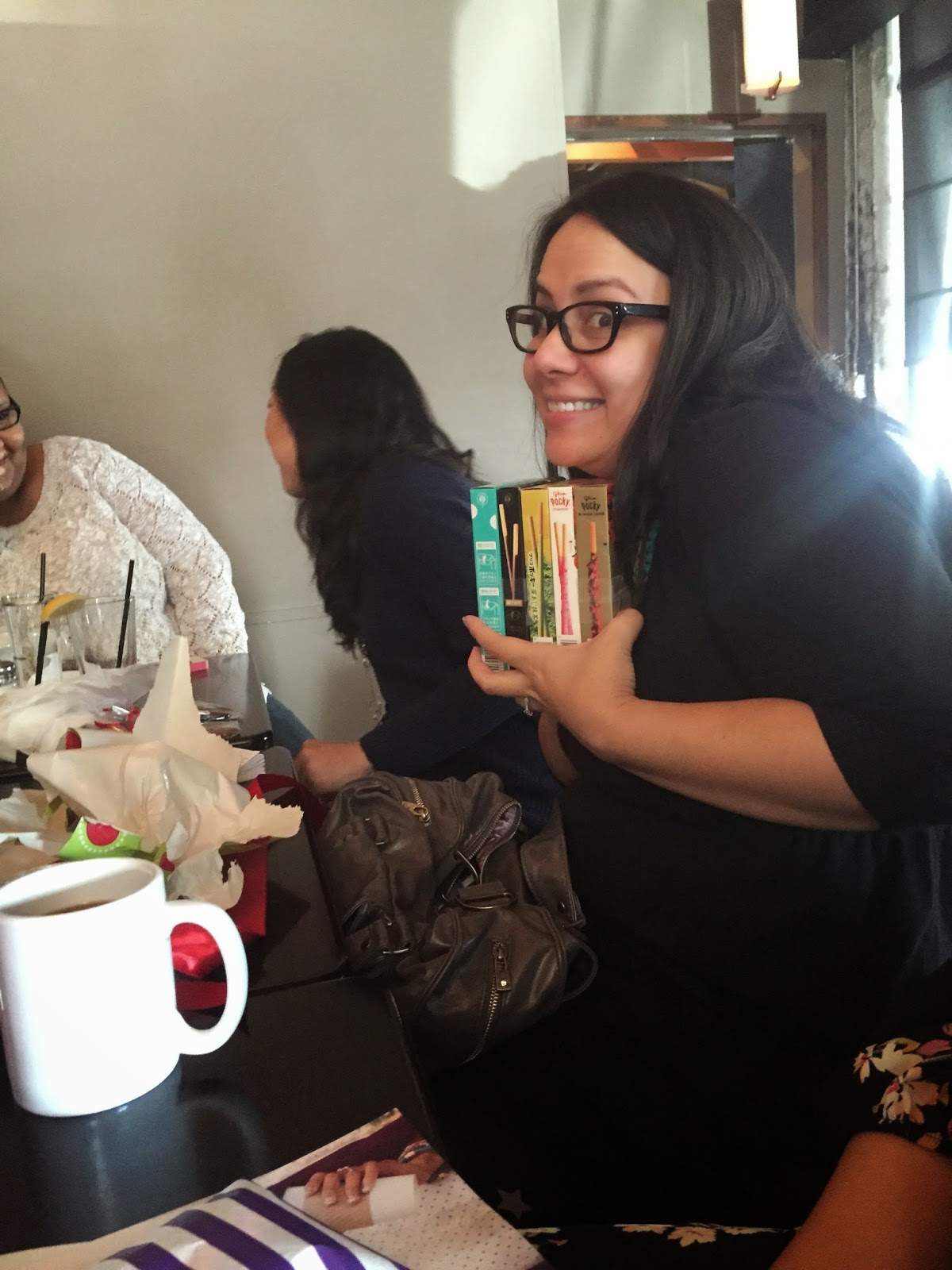 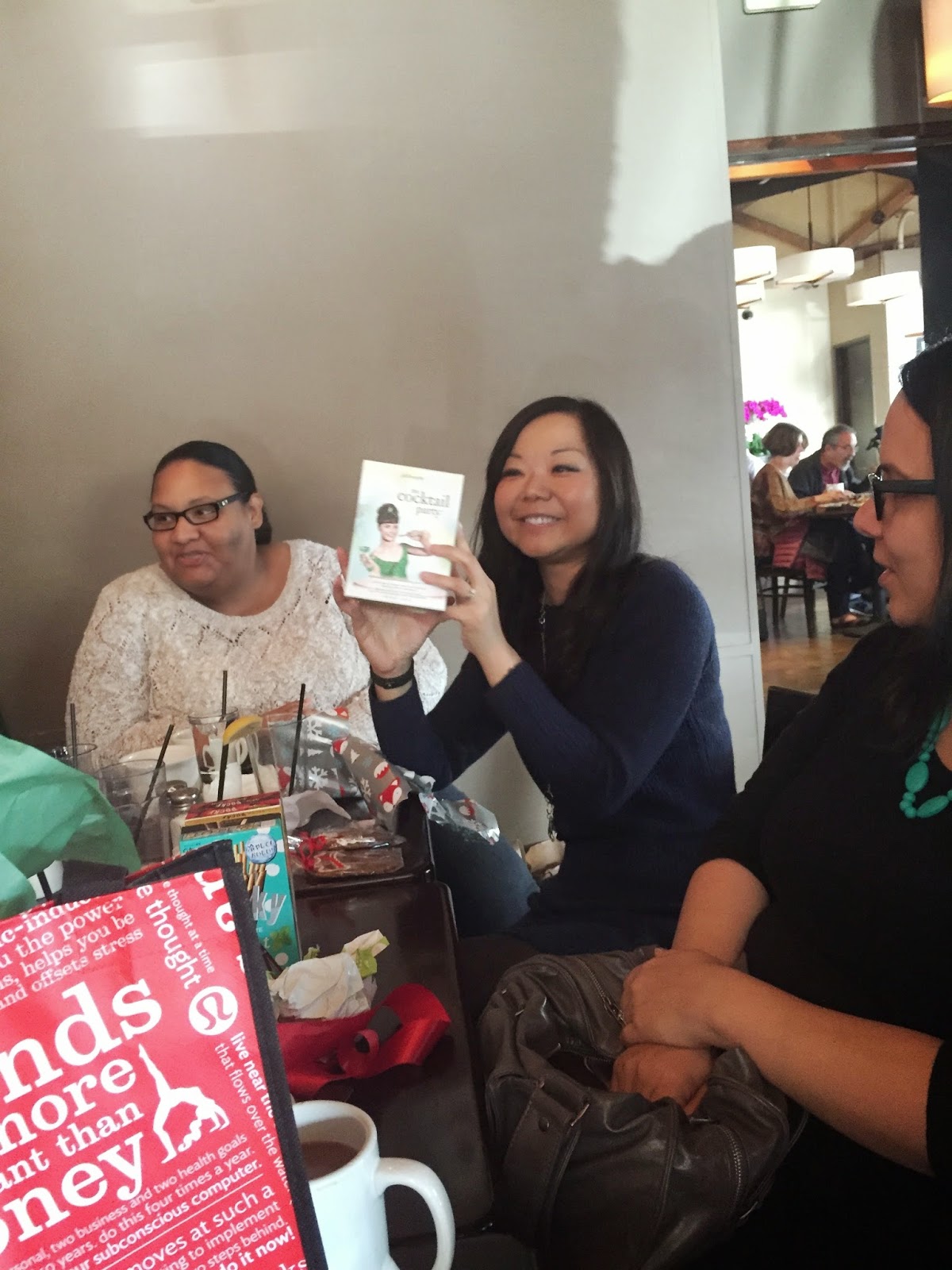 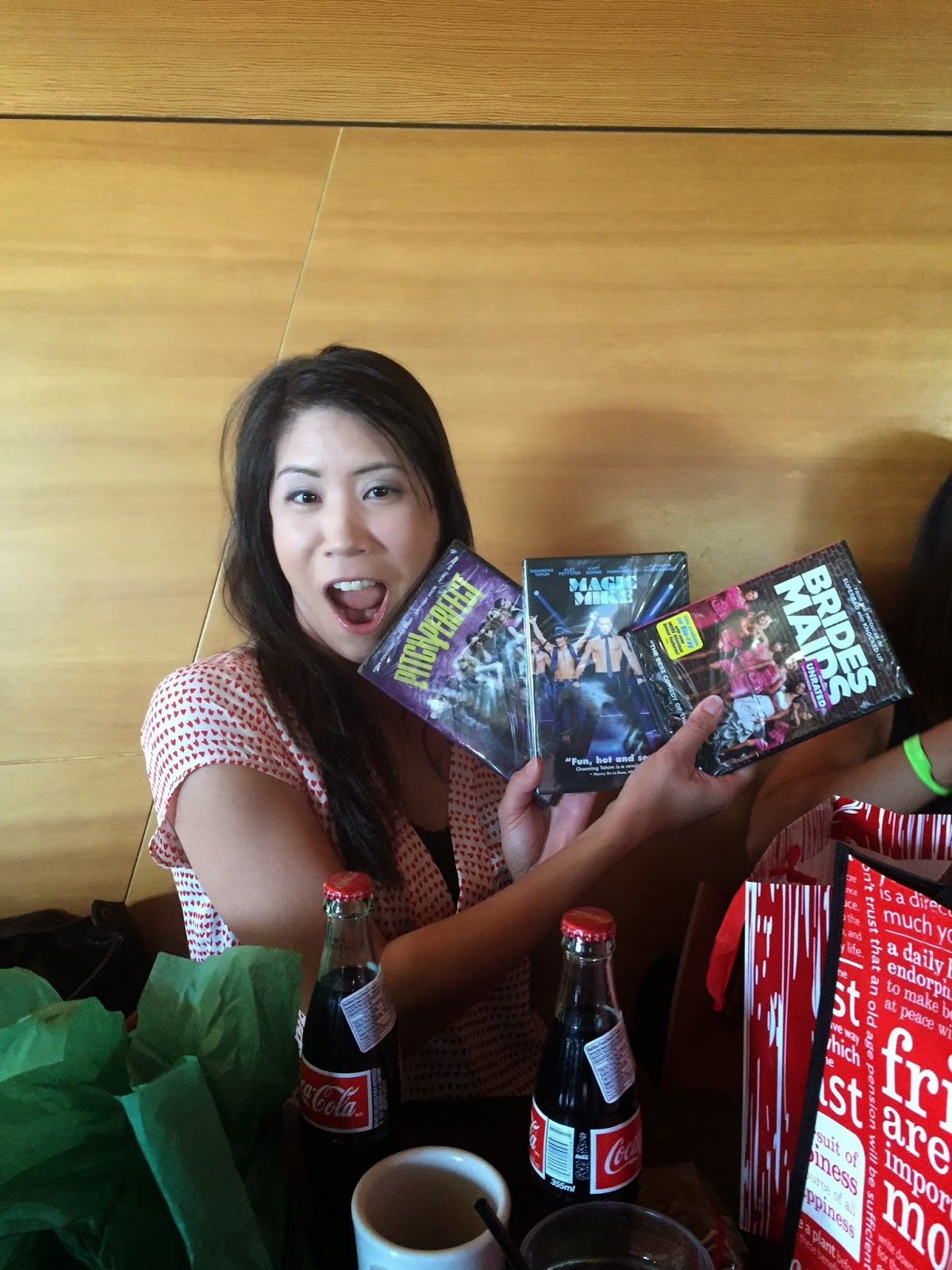 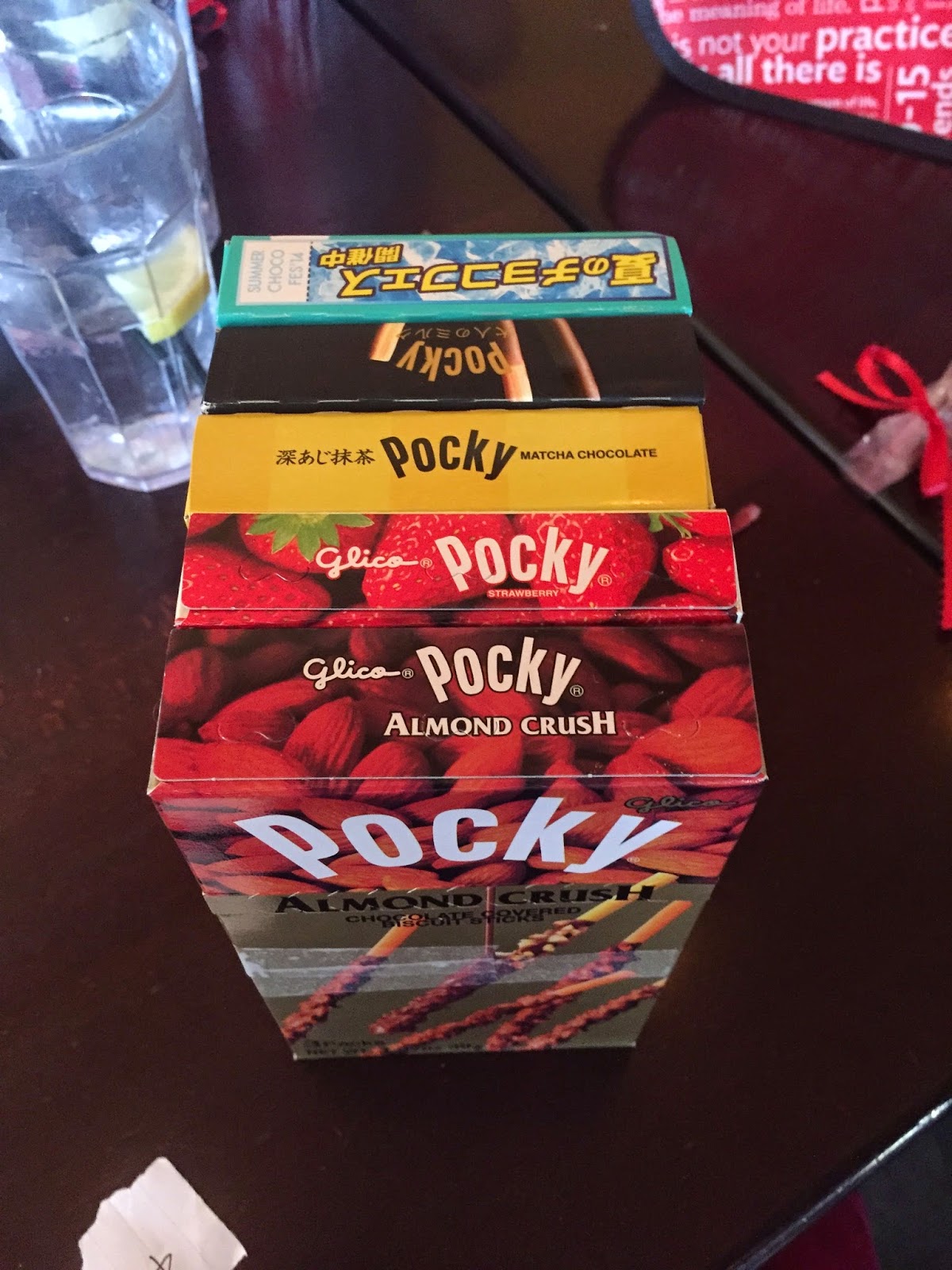 so she ended up picking another gift from the pile, which happened to be the one i'd brought. 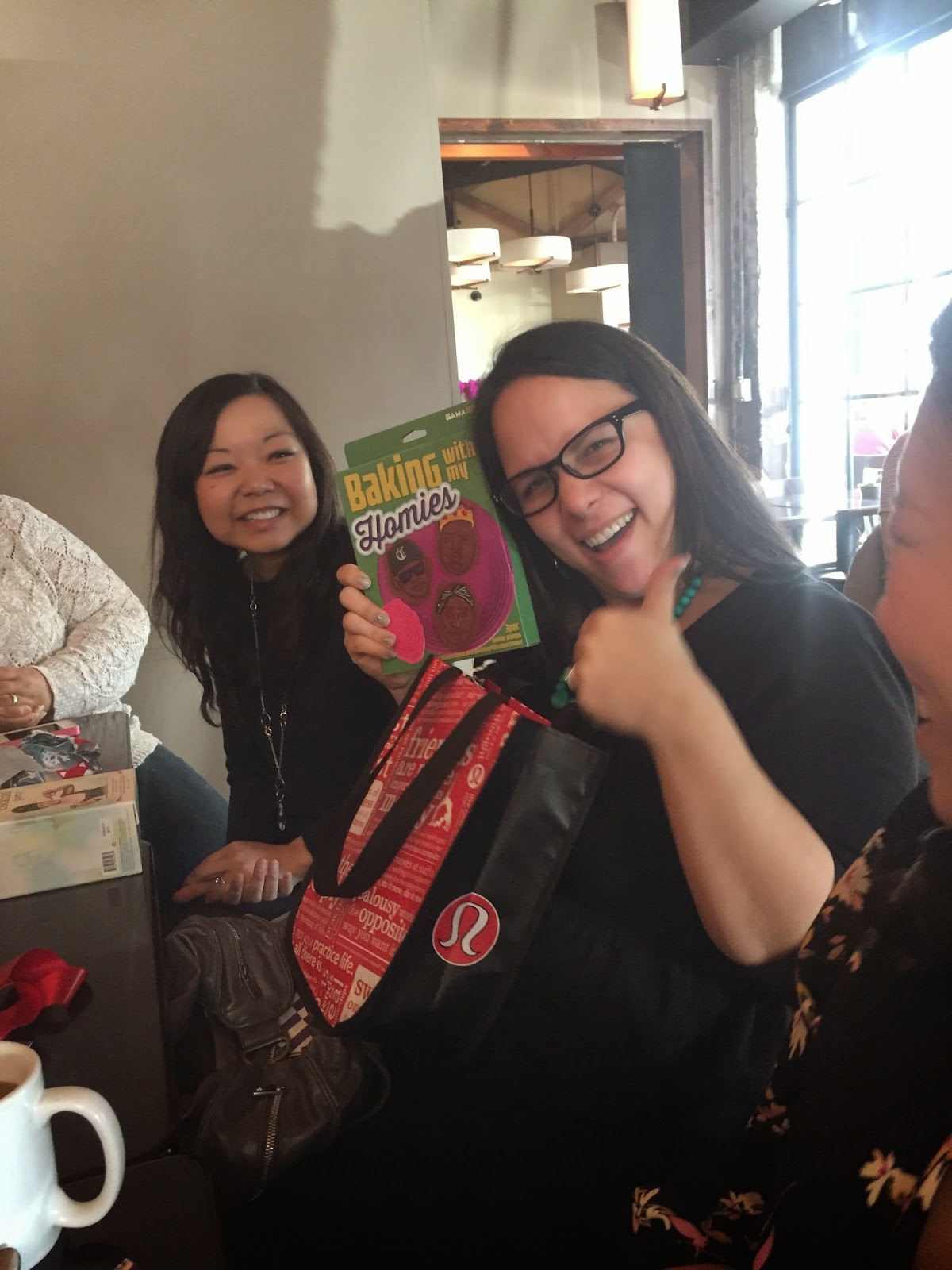 that right there is the best set of cookie cutters ever.  i'd used mine to make some party favors that i distributed just before we started opening gifts. 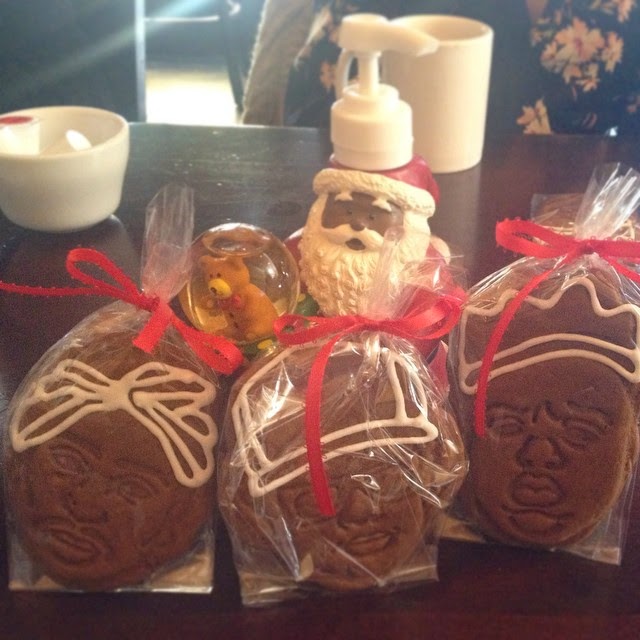 i forget now what happened next, but there was a bunch of swiping and stealing and general merriment that resulted in winnie getting to open another great package - a gift certificate to my beloved dots cupcakes. nanette managed to get her pocky back from me, which meant she got to keep it and i picked the last unopened gift.  it turned out to be this: 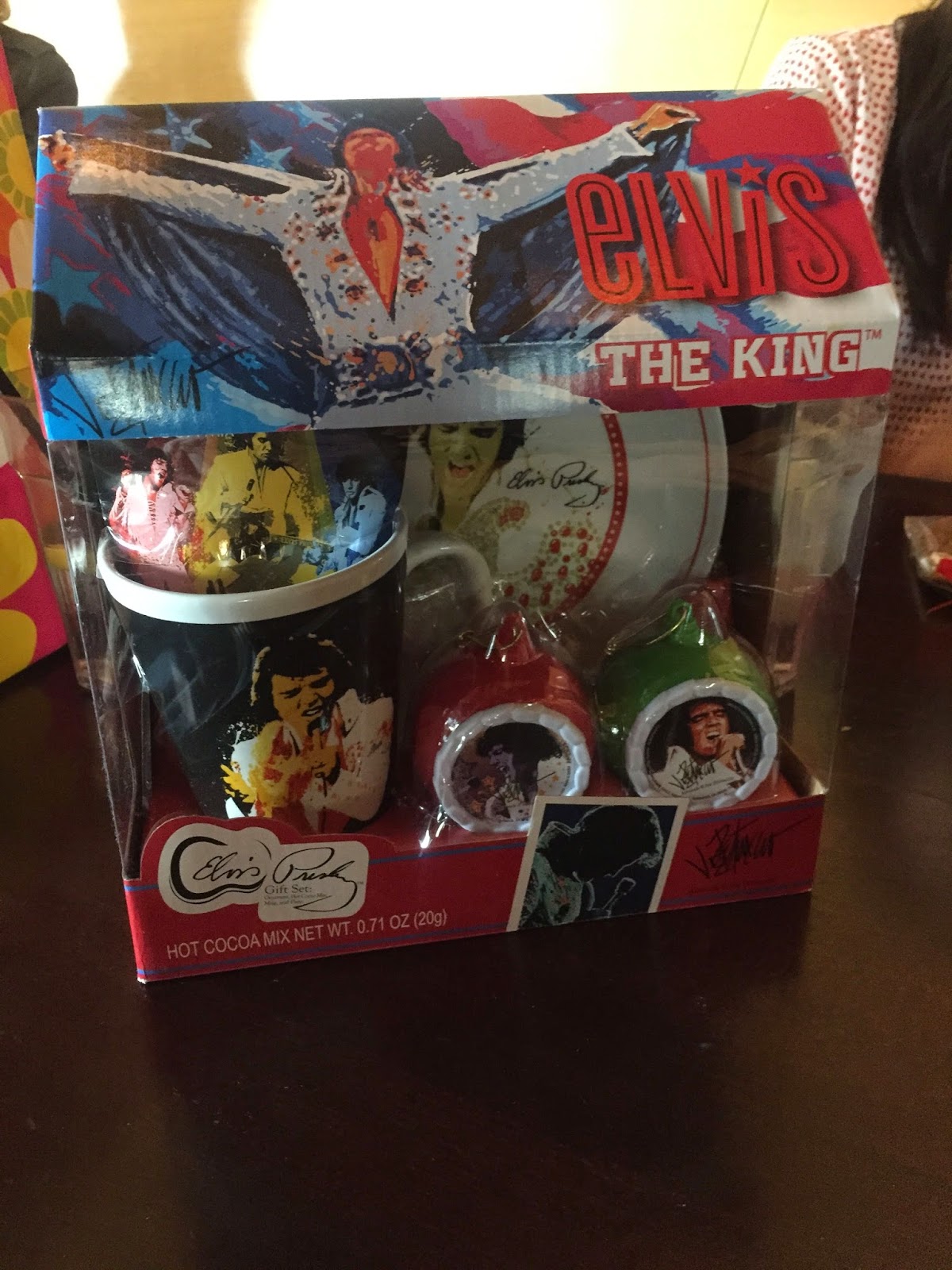 and it's perfect, because brother wan is a huge elvis fan and although i'd love to keep it, i think he'd appreciate it more than i will.  haha!

before we finally left, we got the server to take a group pic for us.  the angle was really funky, so it looks like nanette is literally coming out of the light. 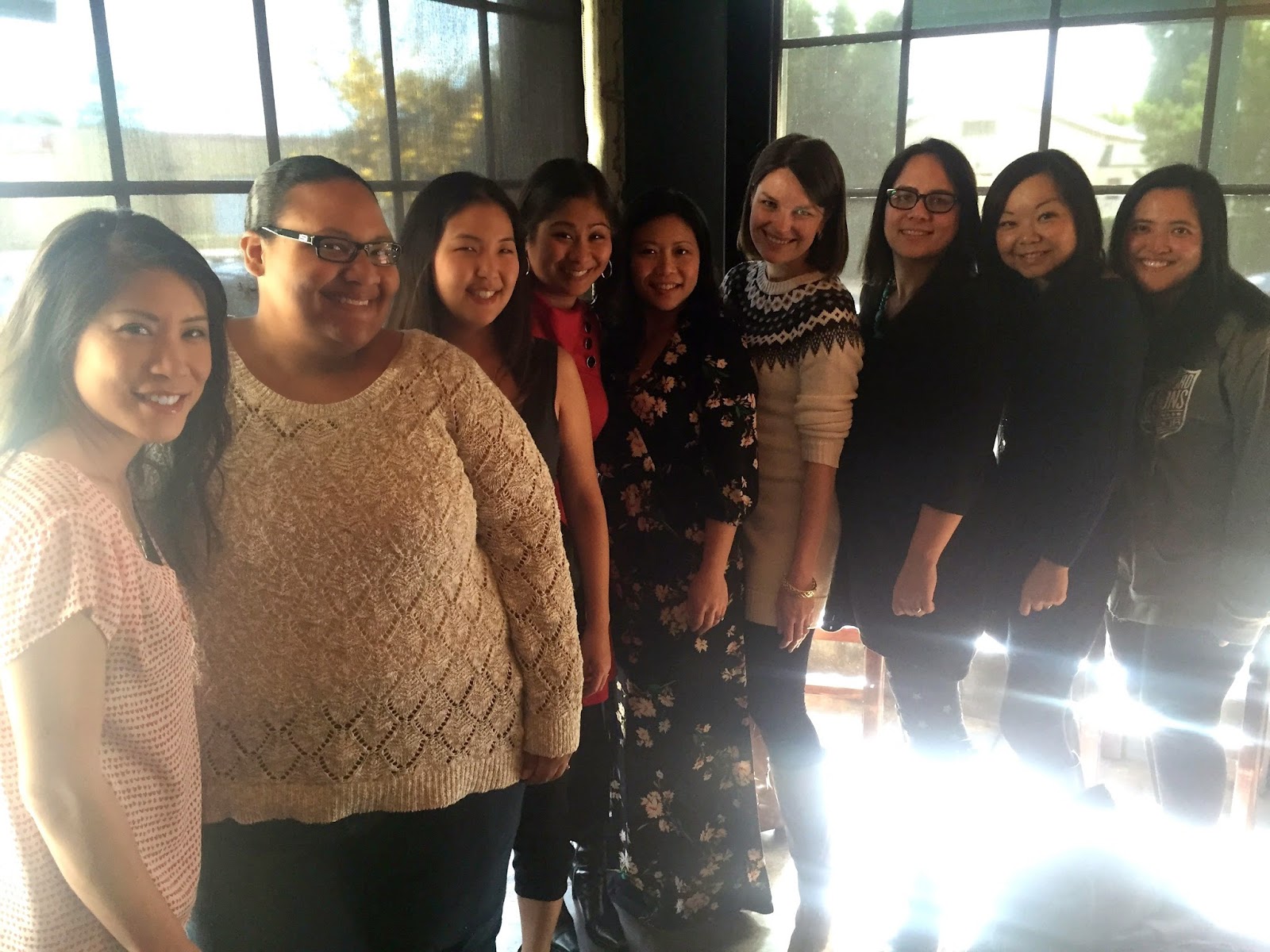 on the way back to lilcee's house (because we always carpool whenever possible), she drove me by the house where "mr. & mrs. smith" was filmed.  and so not only have brad and angie been here, but now so has black santa. 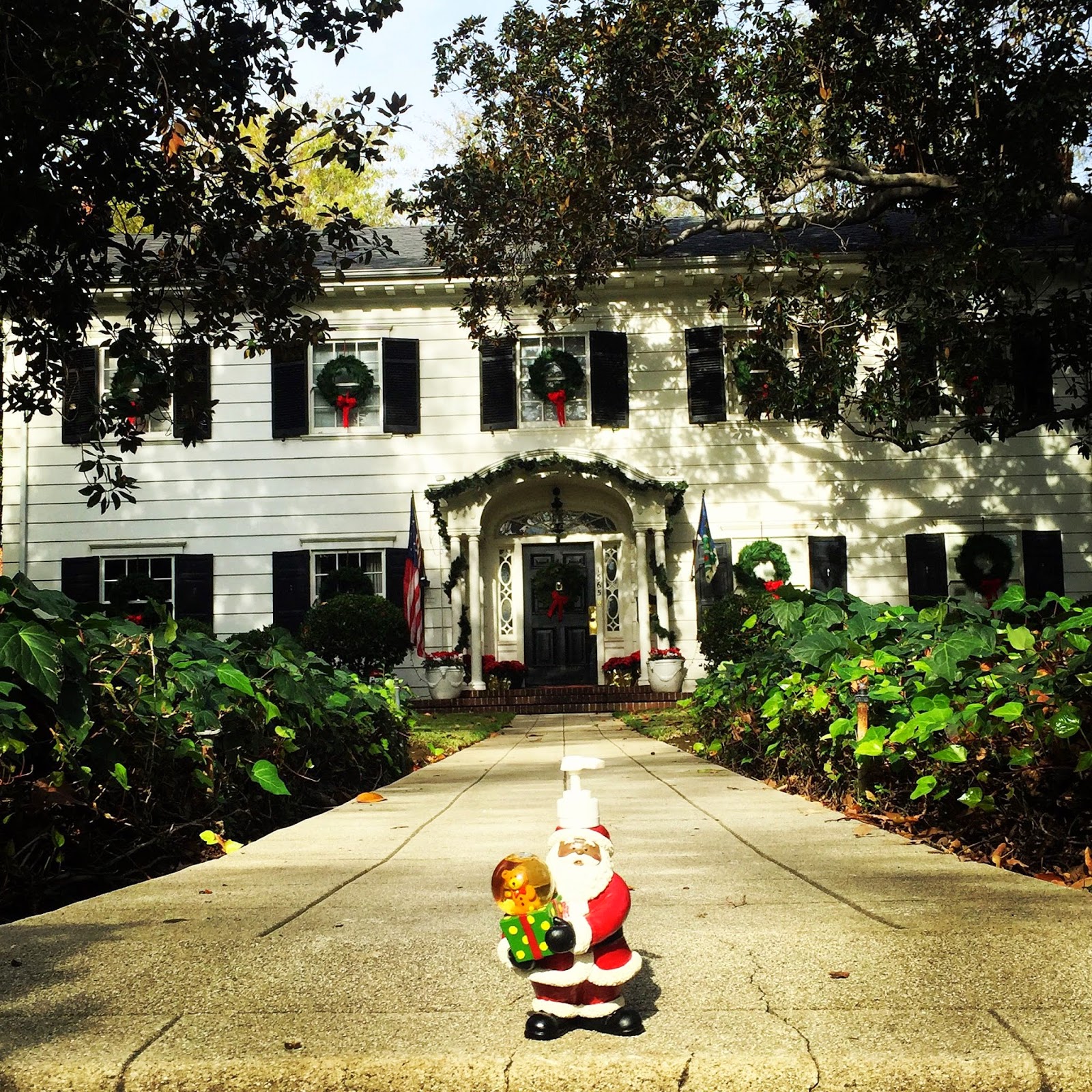