so in the days leading up to the hollywood half marathon, i found myself cramming in one ten-mile run at the rose bowl.  i hadn't really had the time nor the motivation to train, and it showed even in that run.  it ended up being such a hot, miserable day with the temperature in the low 80s by the time i was done, and i found myself doing more walking than running.  but i wanted to get the mileage in, and so i stuck with it until it was done.

and then on wednesday, i felt it - the early warning signs of getting sick.  i was extra tired, coughing on the regular, and just plain not feeling great.  i started downing this stuff every hour on the hour in the hopes of warding off a full-blown illness: 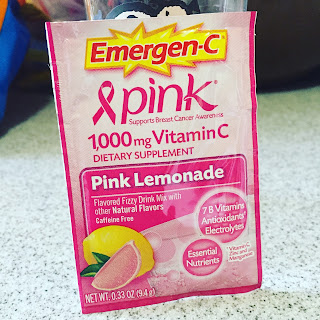 as i usually do, i'd signed up to help at the expo the day before the race.  the old lady and i concocted a plan - she would drop me off at the train station and i'd take the metro to union station, transferring to the red line and ending up at hollywood & vine.  it was a short walk to the hollywood palladium from there, and then after my shift i'd go hang out at the hotel until she and the bean could drive out after girl scouts.  perfect.

the hub's schedule happened to work out so that he was able to be the one to drop me off at the station.  since i hadn't seen much of him that week, i was happy to have those few minutes to spend with him before heading off on the day's adventure. 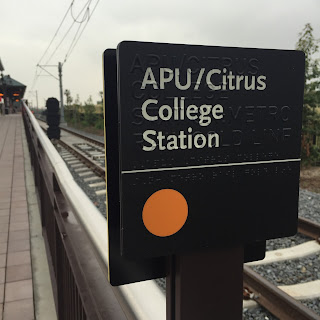 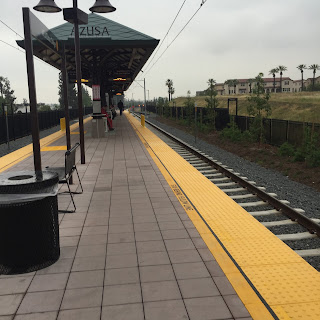 it was an easy train ride, and it was fun to glide past on the tracks while a ton of other folks were sweating it out in heavy traffic on the freeway.  the entire excursion took just under an hour from beginning to end, and before i knew it i was emerging from the station below out onto hollywood boulevard. 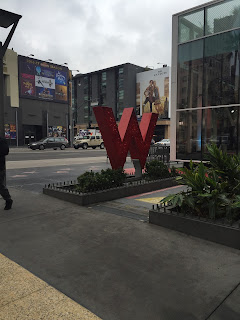 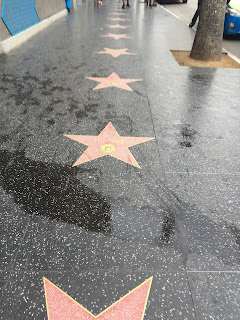 i had timed it so that i had a chance to grab a quick breakfast first: 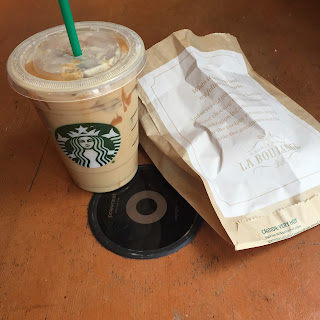 and then i made my way to the palladium. 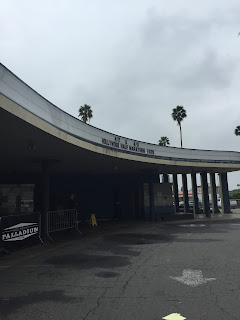 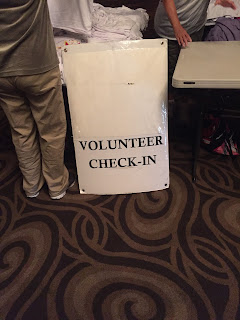 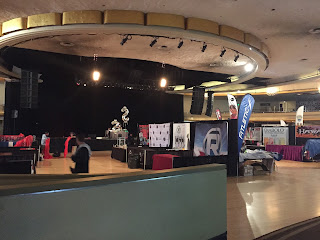 the expo has been in this same spot for the last few years, so it was pretty familiar to me.  the only difference was that the "legacy lounge" for folks like me who've done this race since the inaugural run was located upstairs. 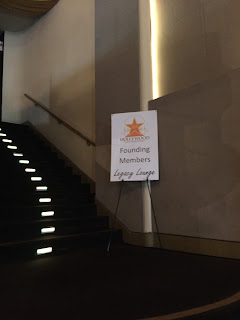 i wasn't feeling it for the photo op this year, so i just walked right on by. 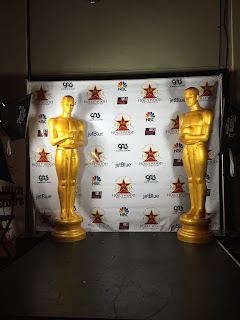 i did manage to grab my own bib before the expo opened to the public, though.  as we were getting set up and got our final instructions from the organizers, we got word that the line was already wrapped around the block.  and it was raining, so people were going to be extra grumpy. 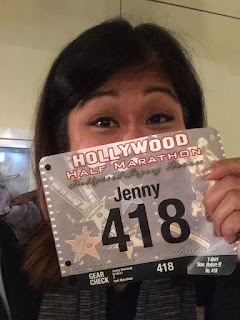 the time went by pretty quickly, with lots of people rushing in and out of there.  i worked all the way until 3:00 and then headed across the street to the coffee bean, where i got to spend a few minutes catching up with my friend trish.  it was nice to see her and spend a little time just hanging out, and then i headed back up the street towards the w hotel, my home for the night. 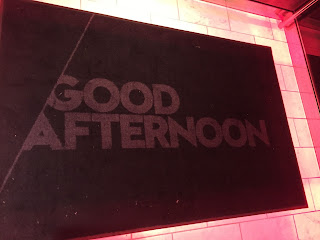 i always love the blinged-out peephole on the door. 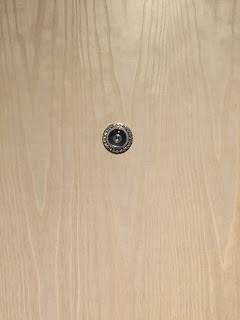 i've stayed here a few times before - it's on the pricey side, but it's a nice hotel and in the most perfect location...right at the finish line.  the room is fairly simple, but comfortable. 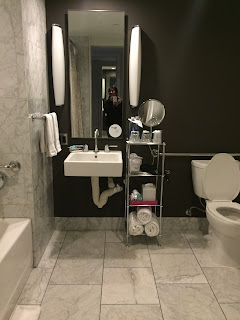 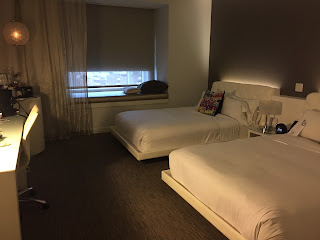 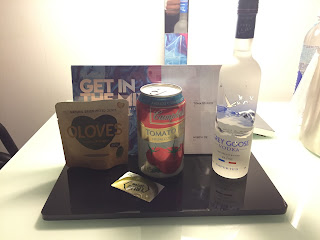 my view was a little less than fabulous.  that's okay though, i wasn't really all about sitting there, gazing out the window anyway. 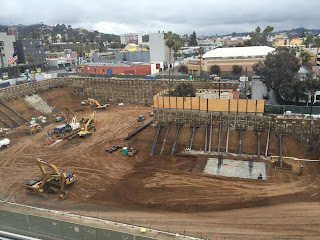 i got in a bit of a nap before the hub decided to surprise me with a visit and some grub.  he brought some delicious pasta and burrata from a nearby restaurant, and stayed with me until the girls got there.  i was in bed for good by a decent hour, and all i could do was pray that i'd wake up the next morning magically feeling better and ready to run 13.1.

Email ThisBlogThis!Share to TwitterShare to FacebookShare to Pinterest
Labels: hollywood half, sicky wan