so because we had a bazillion things going on this weekend, we celebrated the hub's birthday a day early.  after i was done with my ragnar shift down in the OC, i headed back home to get cleaned up and get a catnap in.

he and the bean showed up not long after i got there, having spent the morning at his office.  with the old lady out spending some time with her special friend, he'd brought her with him to hang out while he attended a couple of meetings.  since it was spring break and a friday to boot, his office wasn't too busy and it was no big deal for her to just chill and watch movies on the iPad and such.

later that evening, we headed out to sushi roku in pasadena for birthday dinner.  we had a reservation, but we arrived a little early and the restaurant was really busy with typical friday night traffic.  the hostess found us a nice table in the bar area to sit down and enjoy some appetizers while we waited for spots to open at the sushi bar. 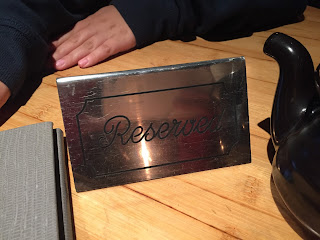 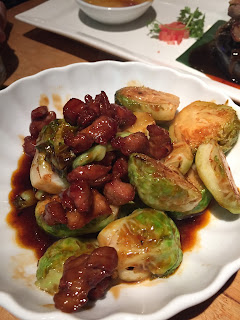 and the asparagus wrapped in ribeye steak was served on this stone that kept it so hot, i think we all burned our mouths a little. 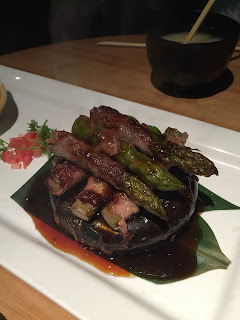 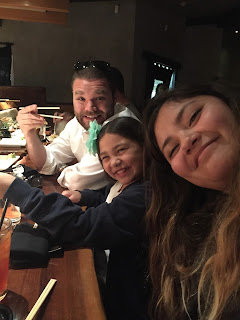 even the old lady, who typically sticks to california rolls at places like this, had to agree that their baked crab hand roll is the business.  i'm gonna get that girl to try real sushi one day, mark my words. 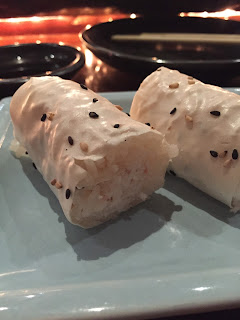 the entire bar was entertained by this sushi chef, who was preparing some fantastic concoction that involved a lot of intricate work, flakes of actual gold, and live prawns. 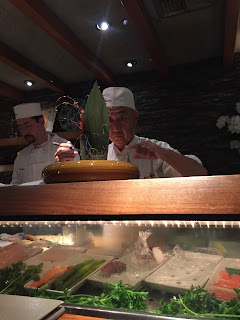 another one thought it would be great fun to torture the bean by holding this up right next to her face. 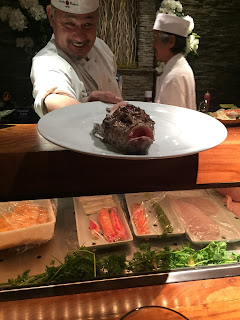 when we were all stuffed full of sushi, the hub got his birthday treat.  he's lucky we didn't make everyone sing to him. 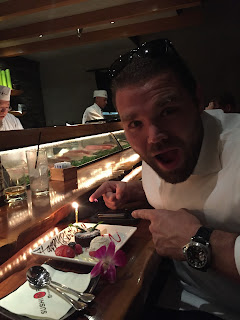 we had just enough time to stroll down colorado boulevard and do a little shopping (and grab some fro-yo at 21 choices).  at the it'sugar store, i tried (unsuccessfully) to convince him to let me have this box of marshmallow cereal...hold the cereal. 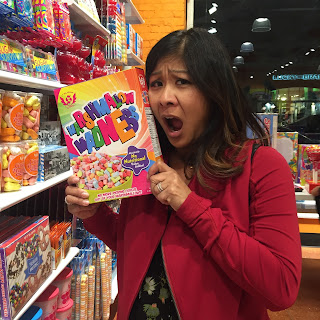 and it's too bad we don't have a pool.  these would be super fun. 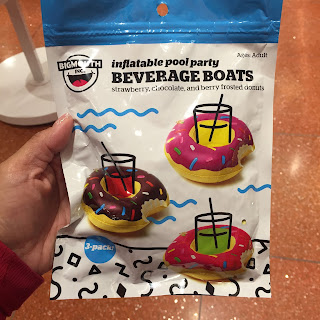 the next morning, on his actual birthday, we sat him down to open the pile of cards and presents we'd collected on the table for him. 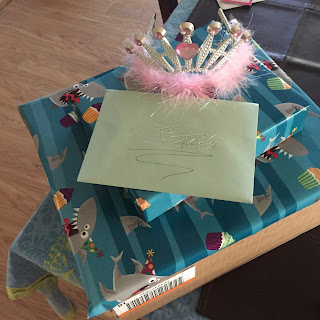 he's such a trooper. 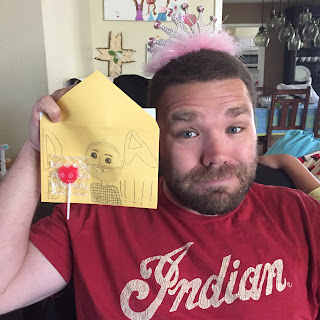 then we all hopped into the car to grab some grub.  with big crowds at our usual local spots, we headed out a little further to introduce the old lady to our new favorite spot. 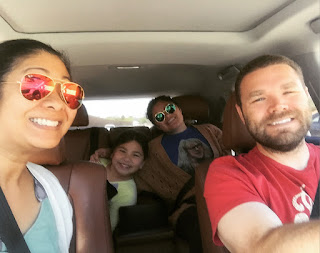 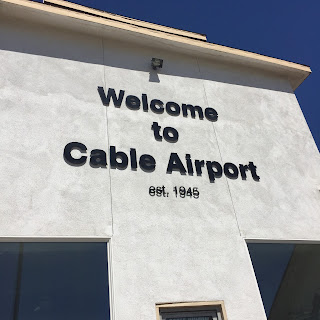 if you ever go, have their special cinnamon french toast.  so good. 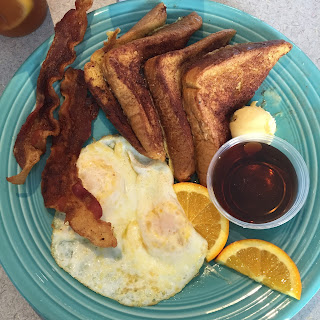 it may have been a short and sweet celebration, but the hub doesn't do birthdays like i do.  that was more than fine for him, and after a little more teasing about being an old man, that was a wrap on the hub's stint as birthday princess 2016.

Email ThisBlogThis!Share to TwitterShare to FacebookShare to Pinterest
Labels: the hub is an old man