whew, this has been one busy week.  i suppose that's always true when it's the week before christmas, right?  maybe i'm just getting older and more crotchety, but man...i'm exhausted.  but everything has been super fun, so i'm definitely not complaining.

because our schedules have been so insane, my SFAMily never even managed to pull it together for our holiday hoorah GTG last year.  that changed this year (although we still weren't able to get everyone there, boo) with a fun sunday brunch at the raymond in south pasadena.  it was two hours of laughing and catching up and a white elephant gift exchange and food...all the best things in life. 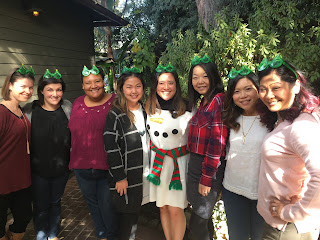 the bean was pretty happy to take over my party favor when i met up with her and the hub at...gasp!...the mall afterwards. 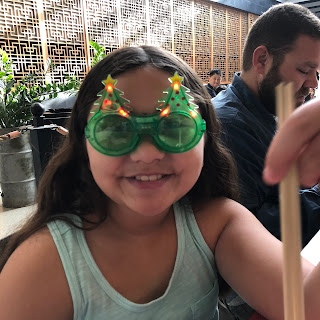 i was excited to join a couple of friends at the local country club for a lovely leisurely lunch.  our kids have been at school together since the very beginning, and it was nice to spend some time together outside of our mom duties. 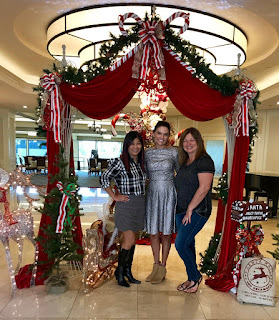 the bean's christmas concert with the school choir and the 4th grade band (she's learning to play the trombone) was on tuesday evening. 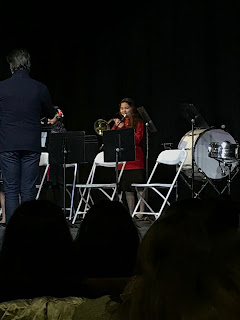 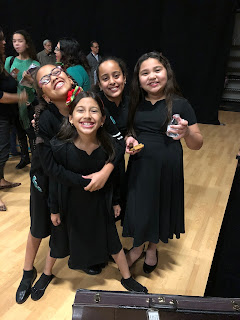 on wednesday i spent the morning in the bean's classroom for their christmas party.  instead of the muffins and cookies and bagels and crap that had been discussed at the beginning of the year, my co-room mom and i decided it was a better option to order some hot food from the cafeteria.  it cost a little more, but the kids really loved having pancakes and bacon and sausage together in their classroom. 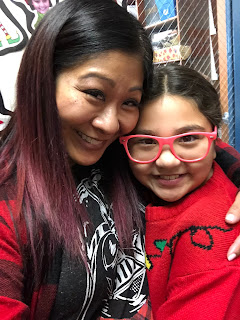 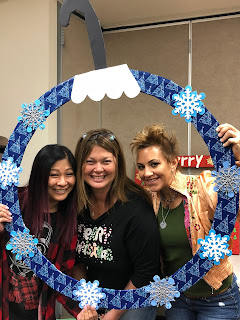 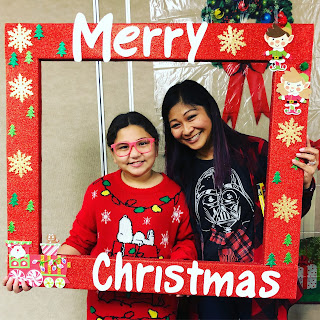 we had tickets for a really fun-sounding candy-themed pop-up museum in l.a. for last night, but they had permit issues or some crap with the city and had to postpone their opening.  and so instead, she got to attend her cheer christmas party (which she had been really bummed about having to miss anyway).  they were to wear christmas pajamas to the party, but because there were none left in the stores i busted some out using some fabric from my extensive stash. 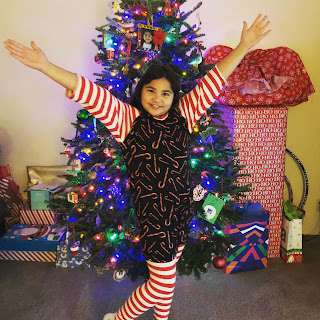 later today is our girl scout christmas party, where the girls are exchanging secret santa gifts and my co-leader and i have a fun gift to give them.  we'd bought some girl scout-themed fabric last month and decided to make them some pajama pants that they could wear to our next sleepover, so hopefully they'll be excited to receive them.

and check it out: 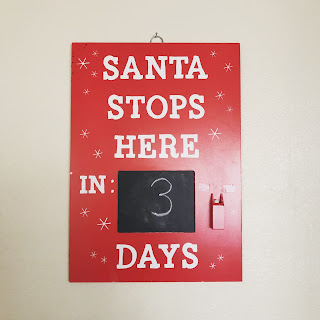 holy crap.  the holiday train is coming fast, and it's gonna be over before we know it.
at December 22, 2017

Email ThisBlogThis!Share to TwitterShare to FacebookShare to Pinterest
Labels: it's beginning to look a lot like christmas