for this year's troop party, we'd decided to take the girls out of our meeting space at the church and have a nice tea party at a local parlor.  going to tea always means a chance to get dressed up, and the girls always love to bust out something pretty to wear.  we'd lucked out and managed to have our reservation at a time when there were no other patrons present, which is always good when you've got an excited group of 9- and 10-year-olds together for a party. 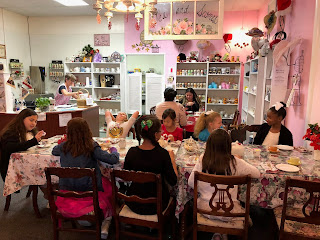 we'd drawn names at one of our meetings in october for our annual secret santa gift exchange, and they'd been given a maximum budget of $20 (including tax).  since they'd opted for buying gifts over making them as we've done in the past, everyone had given 2-3 ideas of things they liked to make things easier for shopping.  the bean had wisely chosen to make her purchases at the school book fair earlier in the month, which made things easy for both of us plus benefited her school - total win-win.  the gifts were piled onto a nearby table while everyone sat down to enjoy some nibbles and tea. 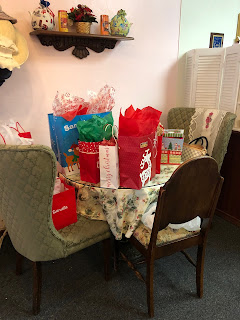 our server had kindly placed us at our own table next to the girls so that we could have some grown-up time, and we each got to choose a flavor of tea for ourselves while the girls enjoyed fruit punch, lemonade and two flavors of tea. 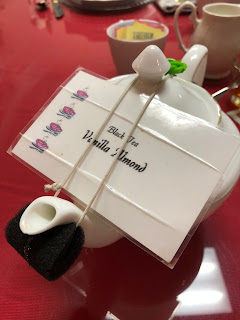 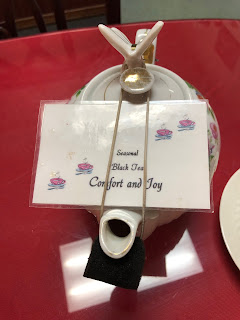 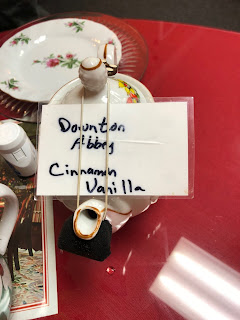 our first course was this fruit cup, which i promptly slid over to the old lady to enjoy. 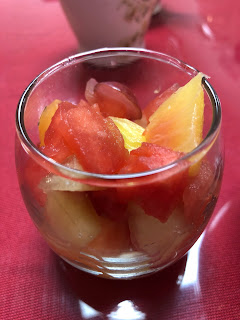 next came scones with devonshire cream, lemon curd and preserves.  ours were a raspberry white chocolate, while the girls got chocolate chip scones. 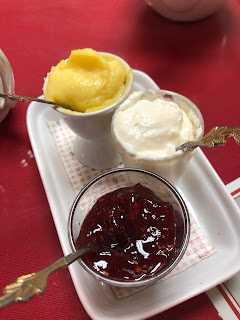 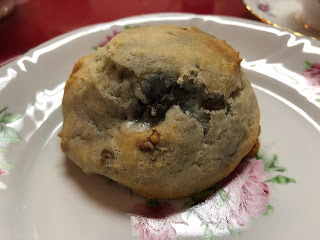 the girls' princess tea came with their bites served on individual plates - PB&J, ham & cheese, some other sort of sandwich that i didn't recognize, chicken nuggets and a chocolate-covered strawberry.  i heard lots of "oohs" and "aahs" from the table as they were served. 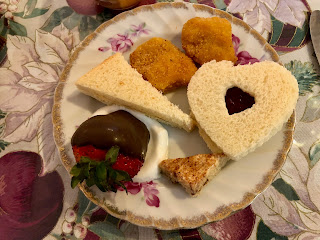 the grown-up tea sandwiches came on this little tiered serving platter.  we had almond chicken salad on croissants, some sort of pineapple cream cheese something or other and a spinach-artichoke that we all agreed was good, but a little weird.  heh. 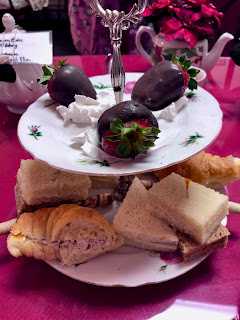 as if we hadn't had enough sweets, the girls received funfetti cupcakes and we were given a choice between bread pudding made with scones and chocolate cake. 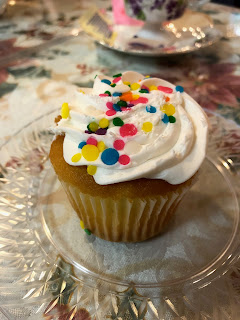 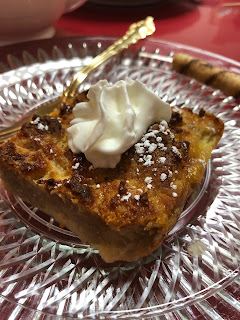 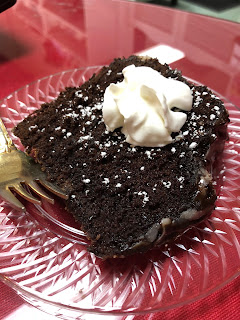 the gift exchange came next, which is always a good time.  everyone seemed pleased with their presents, and it was fun to watch them gush over what they'd received. 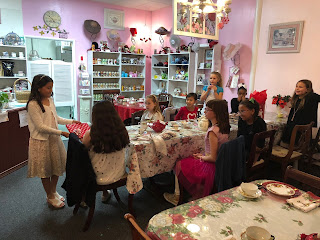 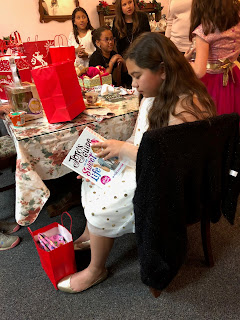 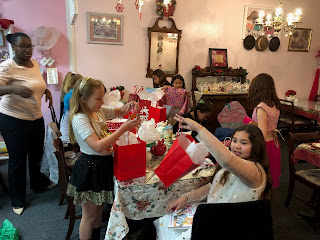 then it was time for us to present them with the pajamas we'd made, and we had them put them on underneath their skirts so we could see how they fit. 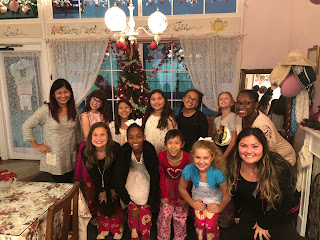 we received some nice gifts from the parents, along with cards signed by all of them.  one parent came with an entire homemade rum cake for each of us - she'd given us this cake a couple of years ago that she'd baked in loaf pans, but this year she went all out and made us each a full-sized bundt pan of it.  it is SO GOOD.  i've had to keep myself in check so i don't eat it all by myself again, like i did last time.  at least this year the hub has had a few slices of it.

on the way home we were equal parts mesmerized and scared to death when we saw this craziness in the sky above: 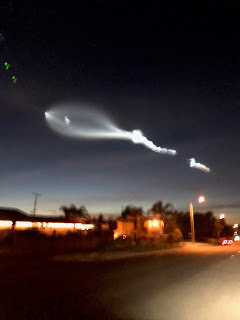 the picture is super blurry, and we were imagining all sorts of crazy scenarios before we finally hopped onto the internet and learned that it was a space X launch from nearby vandenburg air base.  it was super weird and we stood outside watching it for awhile before we went inside, and were so glad to find that we weren't being invaded by aliens or north korea or something.