parading on through december

as december rolls along, so do the annual school performances.  friday was the elementary school-wide "christmas sing" program, where each class gets to go up and perform some sort of christmas song and dance they've been working on for a solid month.  it occurred to me that this is the second-to-the-last one of these i'll get to see the bean in, which made me kind of sad. 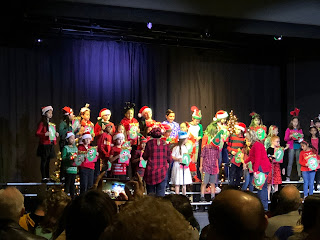 i had to get a shot of her with one of her longtime BFFs, who came in all decked out in this pimped-out christmas suit.  i love this kid: 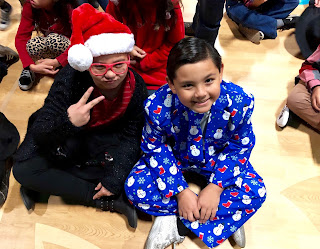 and afterwards, we had just enough time to snap a couple more pictures. 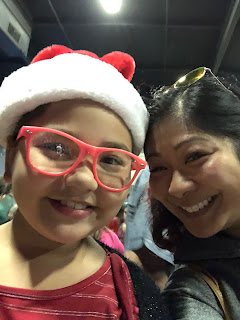 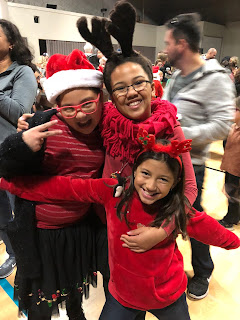 the next morning, we got up early and headed out to the downtown area to meet up with the school choir, who was going to be walking in the annual christmas parade.  it's kind of crazy to think that she's participated in this event for, like, 5 years in a row - whether it was with cheer, girl scouts or choir. 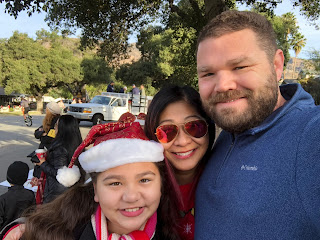 and this year, the school stepped up their game and actually had a float that the principal and a handful of students got to ride on.  at this past week's book fair, each purchase earned you a raffle ticket and the prize was a seat on the float, which had been decorated by the students and parent volunteers over the last week. 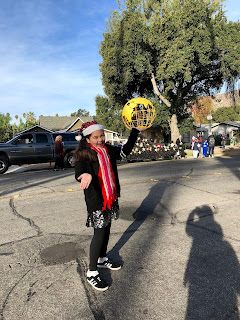 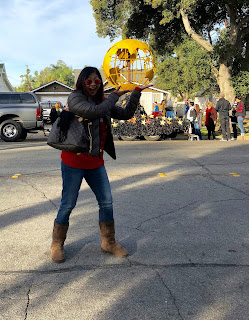 while they got started on their half-mile route, the hub and i went to the coffee bean to grab some drinks.  we usually head to the end of the route to watch the parade, which makes it easy to pick up our kid when it's all over.  after a slight mishap during which i managed to spill an entire hot tea all over my leg (ouch), we finally made it over there. 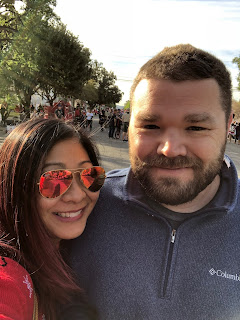 even after all that, we managed to catch the parade almost in its entirety.  i was amused at this firefighter, who hitched a ride the whole way while dangling on the end of this fire truck: 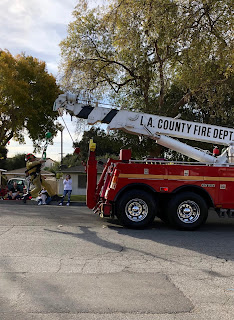 i had no idea we had a local chapter of the daughters of the american revolution.  interesting. 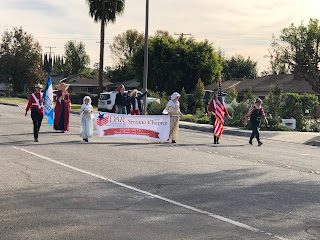 performers from one of the local performance arts schools are always a hit: 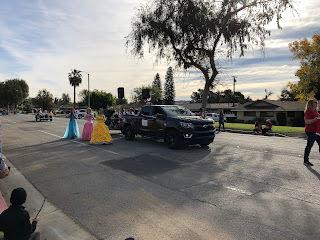 the school's orchestra got to ride on a tow truck while playing christmas carols: 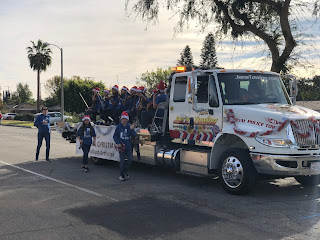 with the choir singing along right behind them. 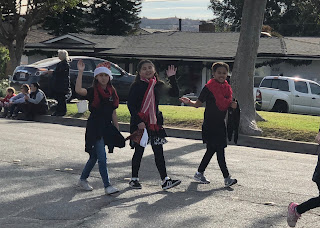 the bean and two of her BFFs had a great seat on the curb to watch the rest of the parade, which included an in-n-out truck and the chick-fil-a cow: 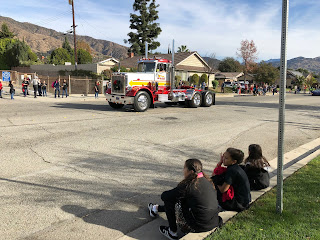 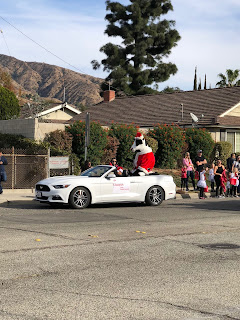 more locals having a blast waving to the paradegoers. 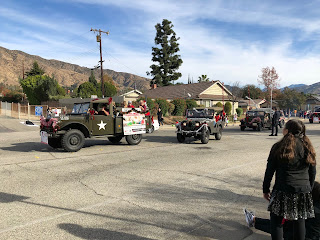 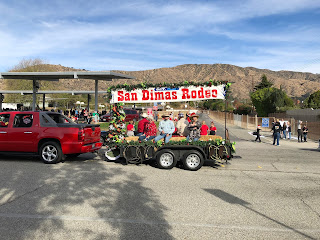 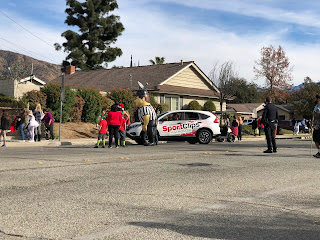 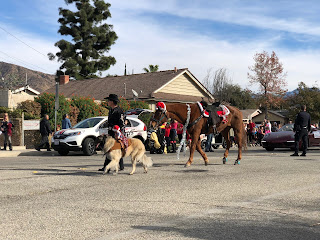 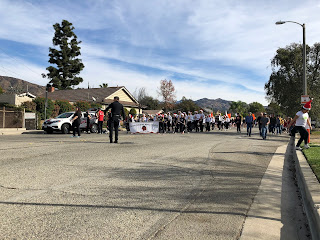 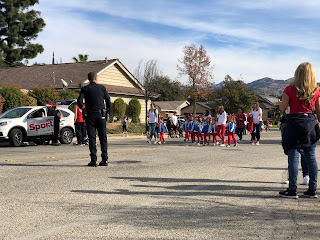 and you know the parade is over when you see santa waving at you as he floats on by. 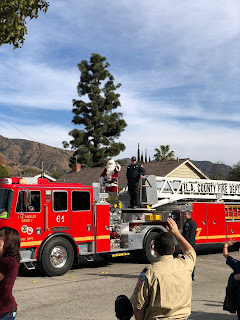 so much fun!  really puts you in the christmas spirit, if you weren't already.  too bad it was like 85 degrees and everybody was sweating.  merry christmas to all.
at December 13, 2017

Email ThisBlogThis!Share to TwitterShare to FacebookShare to Pinterest
Labels: christmas is coming, parades are fun