five went up, only three reached the top

for our last day on o'ahu, we decided to tackle something we'd only seen from a distance last time we were here.  the koko head hike is one of the most popular on the island, located not too far from honolulu and was used by the military for a lookout spot during WWII.  there was a railway built here that was used to transport supplies to the top - over a thousand steps up and making it pretty much the stairmaster from hell.  sounds fun, yeah?

getting there is pretty easy, and there's a pretty large (and free!) parking lot near the trailhead.  we slathered on the sunscreen, grabbed our bottles of water, coaxed the bean out of the car, and began our morning adventure. 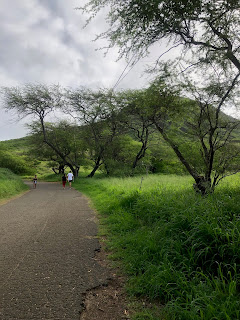 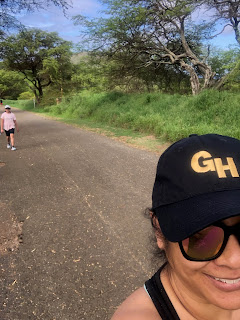 you go from the asphalt to a dirt walkway pretty quickly, and then you're going through this: 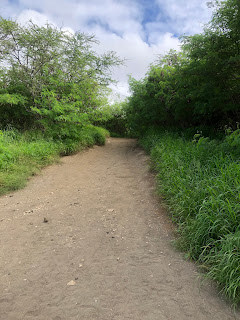 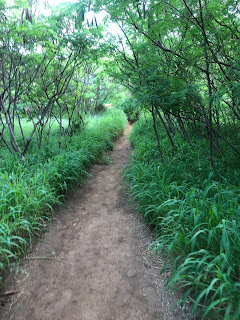 turn the corner, and voila...the start of one hell of a hike. 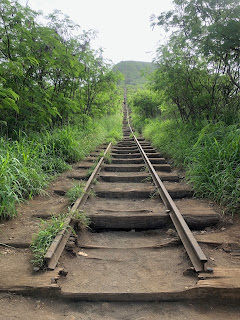 we figured it'd be a good idea to get a "before" picture...while everyone was still smiling. 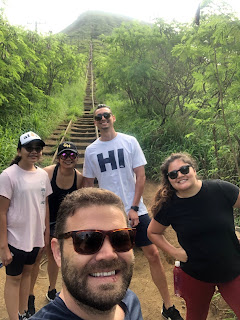 the special friend, with his mile-long legs, went first.  he was followed by the hub, and then me and the girls.  it was just as rough as it seems, with those railroad ties at varying heights and distances apart.  i was huffing and puffing and sweating my face off in no time, although we'd gotten super lucky with the sun hiding behind a nice layer of clouds.  the humidity was still pretty killer, and i was pretty much dying.  i like to think i'm in pretty decent shape, between the orangetheory and barre workouts, but damn...this was rough stuff.  i kept plugging along though, and turned around to check on the girls and look at the view. 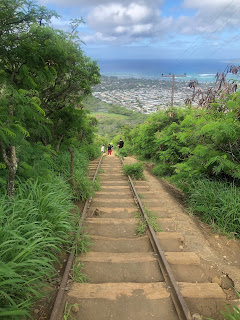 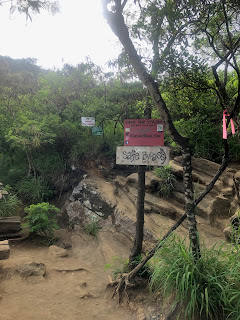 it didn't really sink in until i went a little further and realized that all of a sudden, there was no more mountain underneath those railroad ties.  like, one misstep and you're toast. 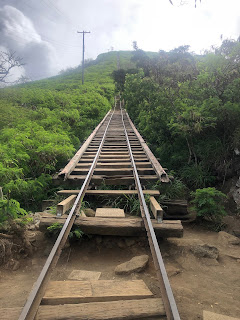 do you see what i mean?  here, let me give you a closer look: 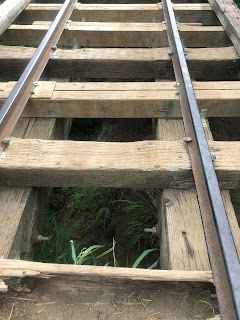 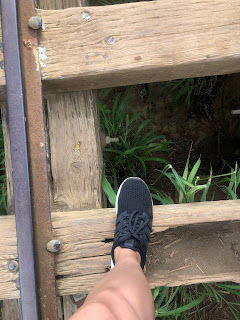 now, i thought long and hard about this.  i was imagining myself trying to get through this because it was a challenge that i really wanted to conquer.  i hated the idea of starting this thing and not being able to see it through, to get up to the top and look triumphantly out at the view and give myself a pat on the back for making it all the way.  but i also didn't want to end up on the evening news as the inexperienced hiker who fell through and had to be rescued by helicopter or some crap like that.  and as i was engrossed in this internal debate with myself, i could hear the girls not too far behind me as the old lady decided that her ankles were killing her and she wasn't willing to go any further.  surprisingly, the bean chose to continue on and met up with me as i stood there still trying to decide what i wanted to do.  i showed her why i was still standing there and pointed out the scary stretch of the trail, and she basically shrugged her shoulders and started climbing. 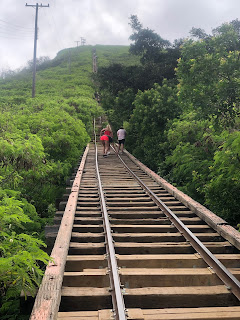 i stood there and watched as she got herself across that bridge damn near effortlessly and without fear, and then i was really stumped.  i seem to have developed some sort of late-in-life fear of heights, and i was still pretty much scared shitless at the thought of trying to get past that stretch of the hike.  but i also couldn't stand the idea of getting beat by the bean, especially when she hadn't even wanted to do this stupid thing to begin with.  heh. 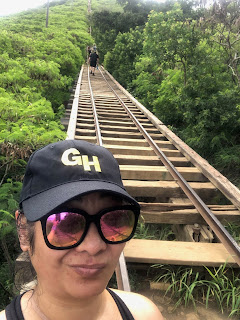 and then as i started picking my way back downhill, i got back to that sign and it finally sank in:  there was a safer way to get past that section without having to worry about falling through to my death.  as it turned out, there was a well-worn rocky trail around the side that took me right up to the other side where the mountain resumed its place underneath the railroad ties, and i could continue on with the hike after all. 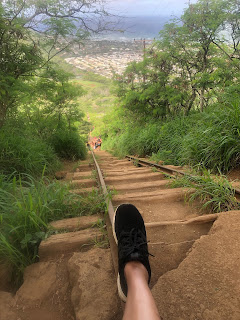 meanwhile, both the special friend and the hub had reached the top and were enjoying the views from a thousand feet up. 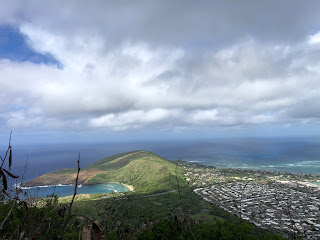 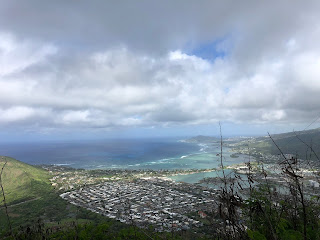 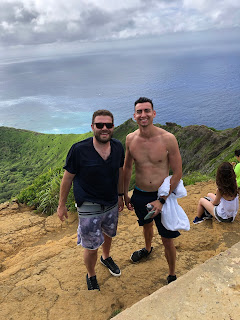 i'd climbed my way to about 3/4 of the way up by then, dripping in sweat from head to toe.  i had trouble catching my breath up that high, and as i sat down to take a break it dawned on me that while it was really rough trying to get to the top of the mountain, i'd have to turn around and come back down.  and that's when my anxiety kicked into high gear.  i knew it was going to be ten times harder to get down, and ten times easier to make one wrong move and end up tumbling down that damn mountain.  i finally decided that it really wasn't worth it and started the long trek back.  and while i was ever-so-cautiously picking my way back down those railroad ties, the bean had reached the top and found the guys for her victory photo. 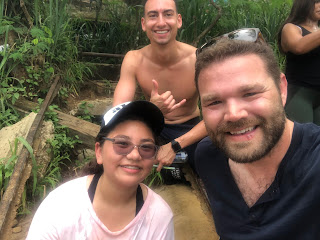 when i finally got to the bottom, i found the old lady sitting on a rock waiting for the rest of us to return.  i filled her in on my journey and showed her the pictures of what had freaked me out so much, and we both marveled at the bean's determination to climb to the top.  out of all of us, she was the least excited to do this (or any) hike, and we were both so proud of her for persevering.

eventually the special friend joined us, followed by the hub. 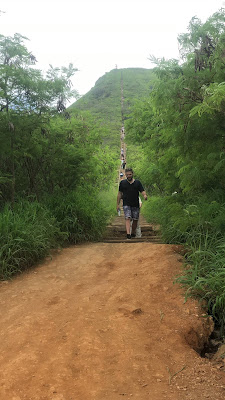 and then a little while later, the bean showed up too. 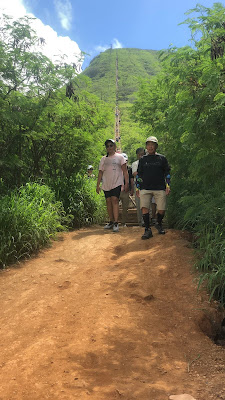 as we headed back to the car, i took one last look at that mountain that i hadn't managed to conquer after all.  bah. 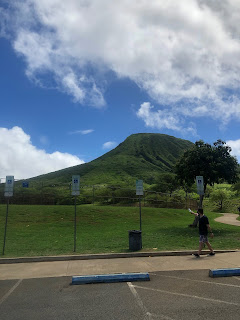 our reward for all that effort?  the best macadamia nut pancakes on the face of the planet, at boots and kimos. 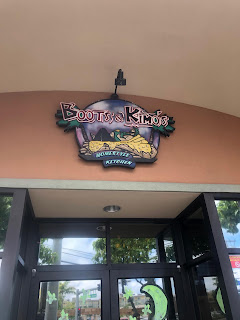 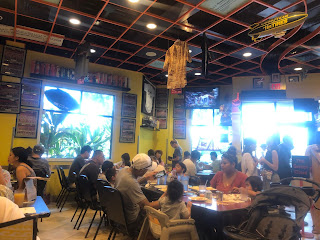 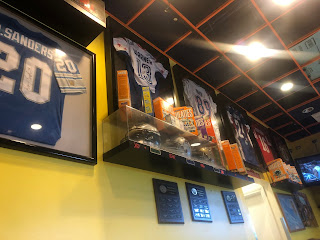 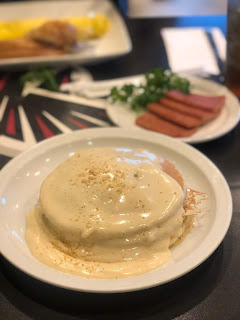 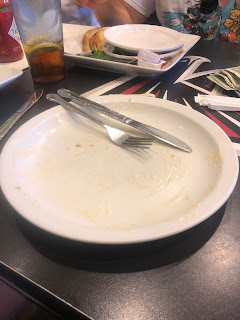 later that evening, we watched our last o'ahu sunset from the lanai. 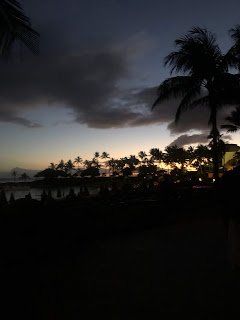 for dinner, we walked over to the four seasons (which hadn't been there the last time we stayed at this condo) and waited at the bar for a table at mina's fish house. 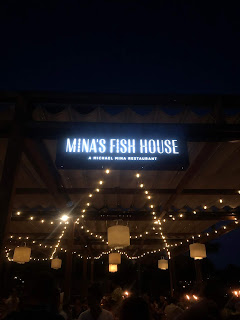 they had a special cocktail that was served like this: 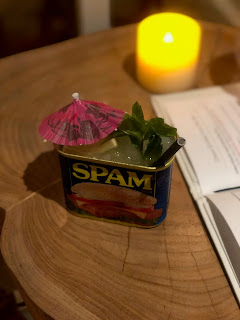 and with pretty much no lighting at our table, i have no food photos to share with you.  and we were all so wiped out from our morning hike that i don't even remember what we ate.  hell, the bean fell asleep at the table before dessert was served.  i do remember that our service was pretty slow and terrible, and said dessert ended up being comped as a result.  the food must not have been anything particularly memorable either, because i can't even give you a description.  oh well.

next up, maui!  it'd be our first time back since the bean was five weeks old, the old lady hadn't returned since our wedding, and it would be the special friend's first time.  the hawaiian adventure continues!
at July 29, 2019

Email ThisBlogThis!Share to TwitterShare to FacebookShare to Pinterest
Labels: fun hawaii trip, hiking, trying not to kill myself