the two negative things i remembered most about our first trip to europe were the uncomfortable long flights (which wasn't a thing this time) and the crappy jet lag.  the latter ended up not being a factor this time either, because we were smarter about figuring out when to sleep on the long journey home.  it worked out so well that i was perfectly fine once we got home and even managed to get all of our luggage unpacked and laundry started before going to bed that first night.  pretty good, huh?  and then the next morning i met up with the old lady and went back to orangetheory for the first time in two weeks.  no better way to get back into it than to just jump right in, amirite?

i also had another reason for making sure i got myself back to normal l.a. time.  as soon as i'd put all the laundry away i packed another bag, kissed the hub goodbye and headed out for a super fun solo weekend i'd been looking forward to for months.  i drove my happy ass to burbank, pulled into the lovely marriott hotel and got myself settled into my home for the next two nights.  on the top floor, because only the best.  heh. 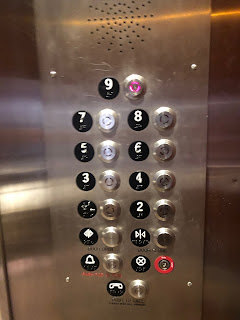 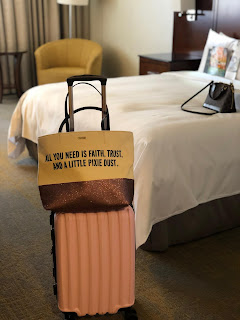 and then i grabbed my tickets and headed downstairs to check out what was going on in the convention center: 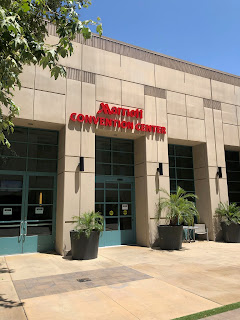 sooooo yeah.  here's what i was there for: 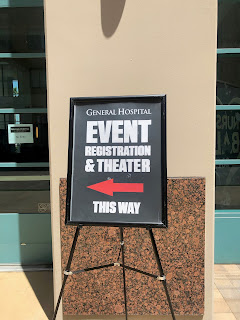 oh yes. this die-hard general hospital fan finally made her way to an actual convention.  hahahahahaha.  i checked in at the front desk and received my lanyard that i'd be wearing for the weekend, and i was the happiest camper you ever did see. 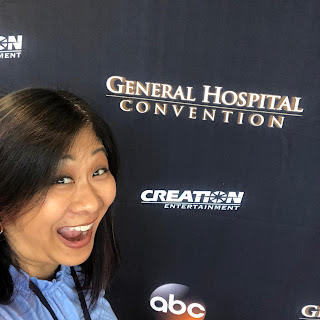 the only bummer about rolling solo is that taking pictures in front of backdrops like this are a little tricky. 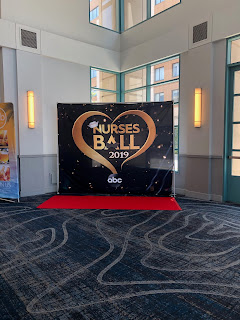 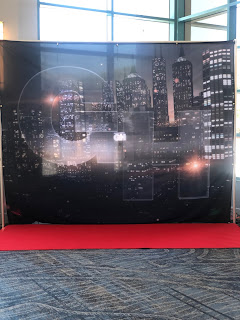 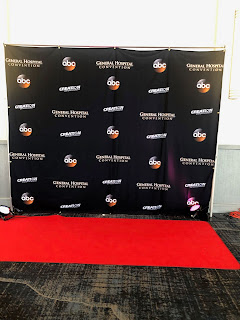 oh well.  i headed on into the main ballroom where the second panel of the day was already underway.  laura wright ("carly'), who was the host for the weekend, and eden mccoy ("josslyn") were up onstage discussing their characters and storylines, with longtime soap opera/tv journalist michael fairman acting as moderator.  my reserved seat offered a pretty decent view, although the people who sat in front of me did a great job of blocking my view for a good chunk of the time. 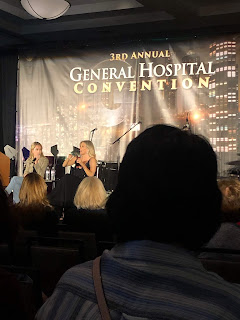 as soon as that panel was over, it was time for my first photo ops with a couple of my favorite cast members.  the whole weekend was all laid out with a pretty tight schedule between panels, autograph sessions and photo ops, but it was all very well organized.  i headed out of the ballroom and around the corner, following the signs to another room where all of the photo ops for the weekend would take place. 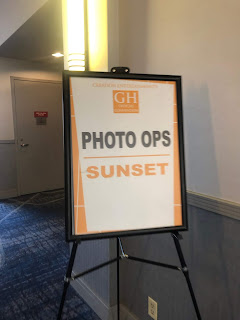 this is william de vry, who plays "julian."  super nice man, and chatted with everyone for a few seconds before smiling for a photo. 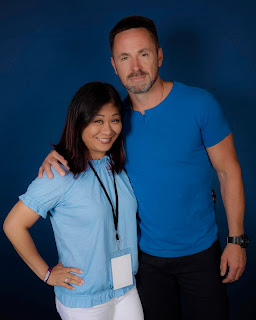 as soon as his time was up, nancy lee grahn ("alexis") entered the room.  she's been on the show for ages, is just as beautiful in person as she is on camera, and really friendly.  she gave me a hug when it was my turn and i told her how much i enjoyed her twitter feed, and she laughed and said she was happy to entertain and educate. 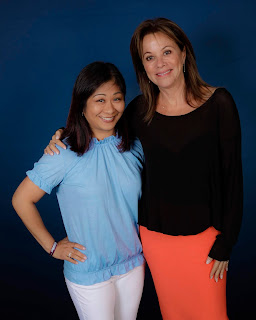 after all of their photo ops were done, it was time to go back into the ballroom for their panel.  it was fun to listen to them banter back and forth, and hear their thoughts on their characters and storylines.  i know it sounds really hokey, but i've literally been watching these people on this show since the early 80s and i was so happy to be there to fangirl all over everyone who was there. 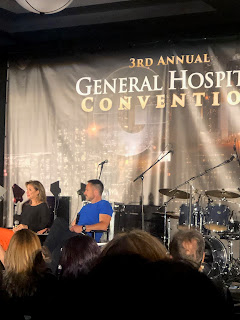 once their time was done, it was time for some autograph sessions.  i'd missed the start of the convention and the first panel, so i was happy to get a chance to see the couple of cast members who i hadn't gotten to see.  i snapped a couple of pictures before i found out that photos of the autograph sessions weren't allowed.  oops.

this is donnell turner, who plays "curtis."  he was the first autograph i got on the show-themed tote bag i'd bought at the merchandise stand outside.  just like the others, super friendly and expressed his thanks to everyone for coming to see him and the rest of the crew. 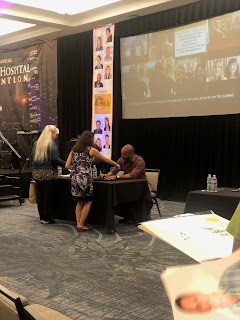 i got to chat with william de vry a second time as i was getting his autograph.  he's a huge animal lover and tweets out links to charitable organizations and rescues, so i asked him if he had any favorite local animal shelters so we could check them out when we're ready to bring a new friend home. 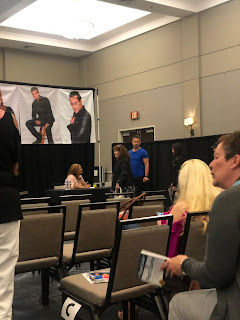 by that time, the programming for the day had come to an end.  on my way out of the convention center i passed this: 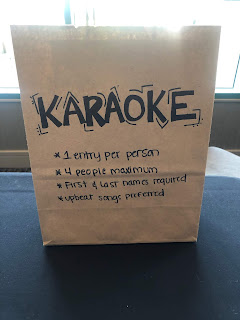 there was a karaoke party scheduled that evening, but 1. i don't sing in public and 2. while i was mostly over that jet lag, i was kinda wiped out.  i wasn't even interested enough to go just for the entertainment value.  all i wanted was to stretch out on the bed, watch some tv and order up some room service.  and that's exactly what i did. 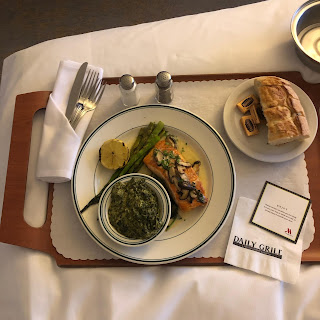