last chance of 2019 for fried stuff

this was the final weekend of this year's l.a. county fair.  seemed to us like it was shorter this time around, because i always remembered it running through at least the end of september, but there you go.  we'd been talking about hitting up disneyland for dinner, but instead we decided to stay closer to home, use those season passes one more time and grab a final round of deep fried food on a stick.

instead of dealing with the traffic and parking on a friday night, we uber'd to the fairplex.  we hadn't done that yet, and so none of us really knew where we were going to get dropped off.  it seemed like our driver was heading away from the fair when we arrived at the designated dropoff spot, but as it turned out we were just a few steps away from the dodger-sponsored blue gate. 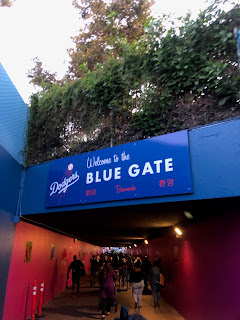 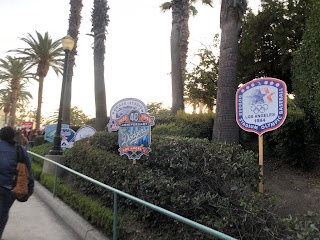 without any real plans and nothing specific we were looking for, we found ourselves wandering around aimlessly for awhile.  and then through a slightly convoluted line of communication, we received some sobering news that changed the tone of the evening somewhat.  the hub's uncle, who'd been given a pretty devastating cancer diagnosis barely a month ago, had just passed away.  the hub was at the hospital with his aunt, his dad was scrambling to book a trip back and we were left feeling sad but without anything we could really do about any of it.  and so we decided to continue on with our evening.

i try to grab a picture of the old lady and her special friend in front of the giant ferris wheel every year, but for some reason we couldn't get it together to find the right spot to take it from.  the first one i took had the wheel in the background but the giant beer depot sign isn't super picturesque.  after a couple of tries, we gave up.  heh. 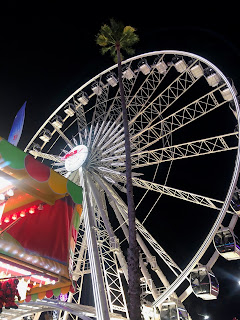 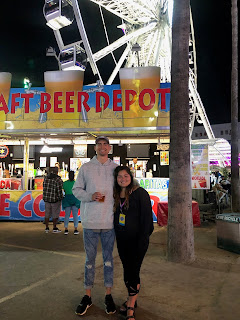 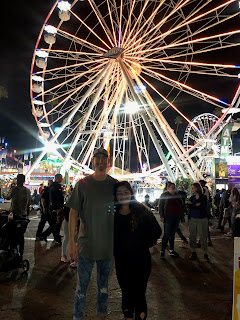 they hadn't seen the l.a.-themed pop culture exhibit yet, so we did a walk-through with them and took a few silly pictures. 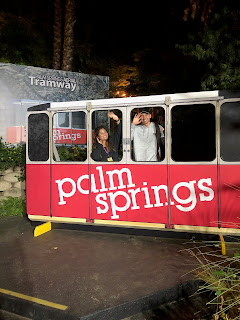 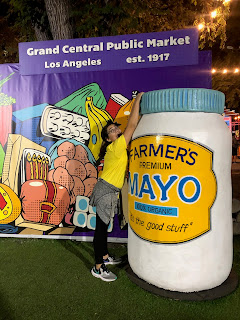 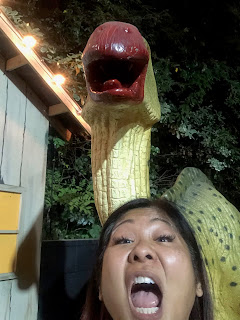 we all cracked up when the bean wanted to take a "jumpy" picture, not expecting the special friend to give her a shove once she got airborne.


the old lady finally gave in to her craving for grilled corn, and while we stood in line to place her order we glanced up and found "bubba" on the balcony above us.  apparently bubba is lookin' for love. 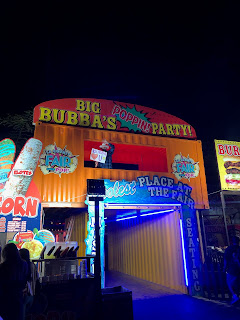 she had a good number of topping options for her cup of corn (corn on the cob is always better, but so messy and there's just no graceful way to eat it in public), and opted for hot cheetos. she found that the cheeto dust was not only on top, but also mixed in with the corn and savored every bite. 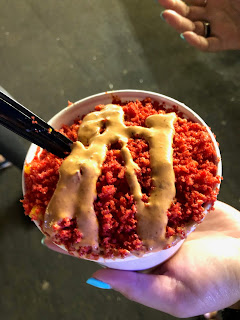 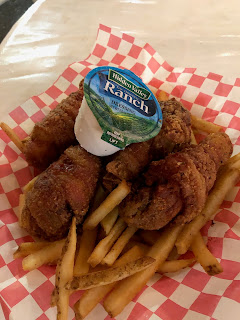 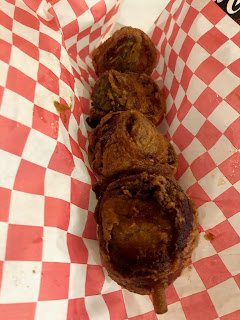 and the special friend, who's usually a pretty healthy eater, got himself talked into the chicken IN a waffle on a stick. 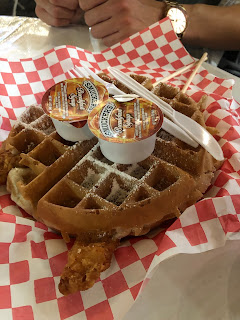 we were pretty much over it by then, and so we headed back to the blue gate and requested another uber to pick us up and take us back home.  it was a lot easier than i'd expected and about the same if not cheaper than paying for VIP parking, so we'll keep it in mind for next year.

Email ThisBlogThis!Share to TwitterShare to FacebookShare to Pinterest
Labels: fairplex, going to the fair