playdate at the parks

after our carthay circle lunch extravaganza, we headed out into the park to burn off some calories and get some playtime in.  the first fastpass we secured was for toy story mania, and with a few minutes to kill before our window opened we hung out on pixar pier.  miniDG and mini cee were buried in some sort of pokemon go-related "raid," so the bean kept herself occupied watching the action on the waterfront. 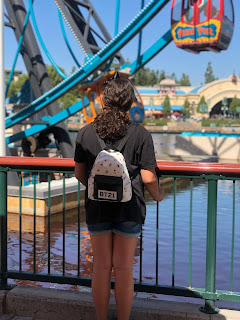 the toy story ride is always a good time. 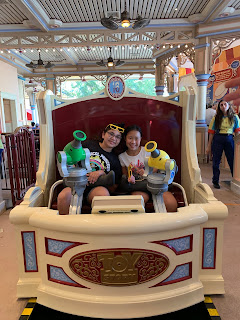 from there we headed over to the incredicoaster.  lilcee wasn't feeling it, so she hopped through when we walked on and took this for us: 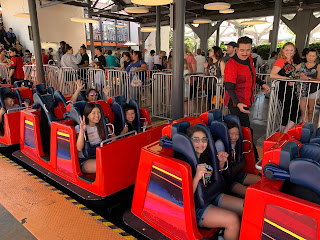 i always love official ride photos.  and since i was riding solo in my row, i went ahead and posed for it when we approached the camera.  i got the eyeroll from the bean, but everyone else thought it was as funny as i did. 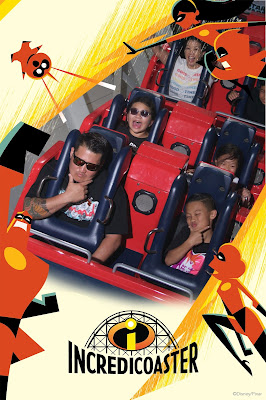 we snagged a picture on the pier before making our way over to the disneyland side.  lilcee and the bean got lots of giggles in as she kept blocking her in the photos. 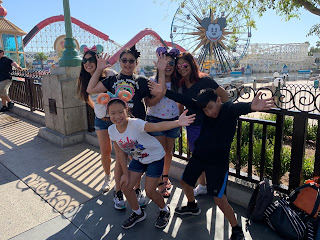 it was pretty busy on the other side, not to mention hot and humid.  almost felt like we were at disney world instead of disneyland. 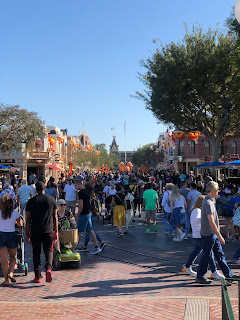 we wanted to recreate a picture off to the side of the castle, but there weren't any photographers there.  so we settled for taking it right in front instead. 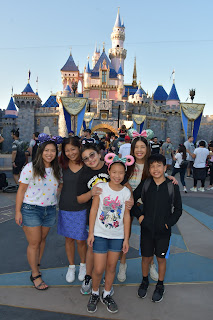 because of a few issues she's currently dealing with, lilcee is still able to use the disability access service.  this gave us the equivalent of a fastpass at the millennium falcon: smuggler's run ride - which was pretty cool because they aren't offering regular fastpasses for that ride at the moment.  and so we got to walk through a queue i hadn't been through before and pretty much walked right onto the ride. 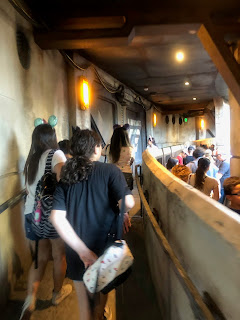 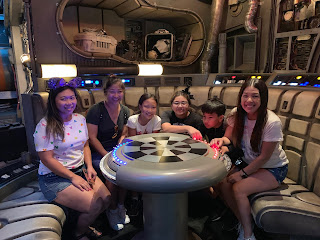 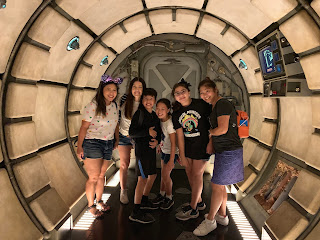 afterwards, we took advantage of the short lines for photo ops. 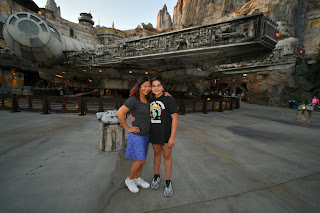 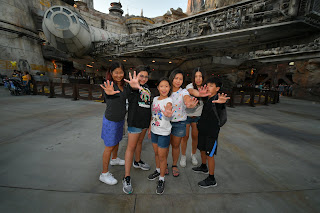 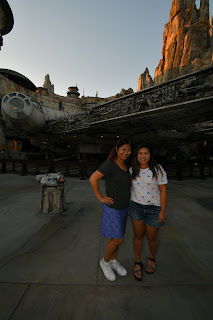 for this one, the photographer told us to give him our "most sinister look."  i really just look like i have to poop. 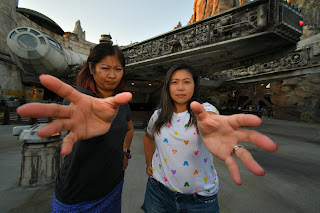 we took another ride on smuggler's run and then some delicious fried chicken for dinner at the plaza inn, and then called it a night.  the main street electrical parade was just about to start as we were leaving, so we knew our timing was good.  the tram was practically deserted, and we were outta there in no time.  it was about 9:15 when we left, and that's probably the longest day at the parks that the bean and i have had in a long time.

and guess what?  we're heading back this weekend for another birthday extravaganza with three of her best school friends.  this time we get to stay at the hotel, which i'm always excited for.  gotta love celebrating birthdays at the 'land!
at September 25, 2019