it's all going by too damn fast

the bean's cheer team had picture day yesterday.  while she typically hates makeup, the coach had asked the girls to wear "light makeup" for the photos.  i told her we'd keep it simple, with just a couple of swipes of mascara, a tiny bit of tinted moisturizer and a little lip color.  she was okay with the idea and didn't fight me when it came time to start getting ready.  and then i had to smirk a little when she looked in the mirror, got in the car and told me "i kinda like the mascara.  can i keep it on?"

i got her to stop and let me take a picture while waiting for the rest of the team to finish their individual pictures so that they could take their group shot: 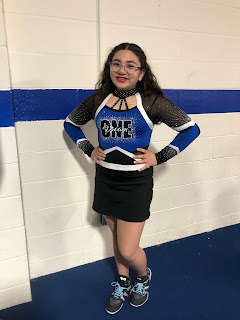 and then i got to reminiscing about how much older she looks now than last year's picture day. 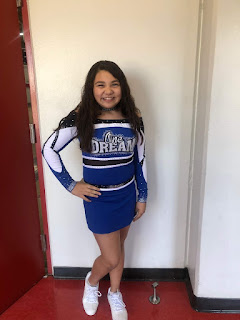 this morning was the awards assembly at school.  she'd earned straight As and was receiving a principal's list award, so the hub and i headed over to watch her accept it.  as always, her best guy friend was also present to accept his own award and his mom and i made them pose together for a picture: 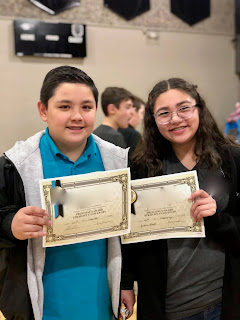 i love that they've allowed us to take these pictures through the years, because then we get to look back at these: 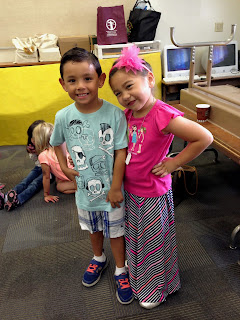 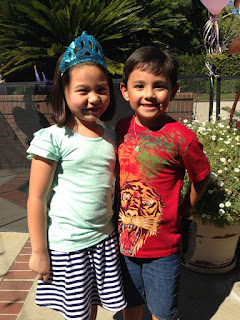 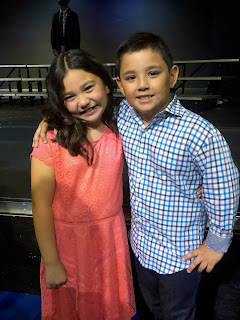 there are lots more pictures like that, but that would take up an entire post of its own.  heh.

they're growing up too fast.  time is going by all too quickly.  i know i say that all the time, but man.  they're going to be 13 this year!  having gone through it once with the old lady, i'm just not ready for all of this to go by in a blur again.  sigh.
at February 26, 2020