trying to earn that bid

we all slept in on comp day, knowing that we didn't have to have the bean in the coach's room until 11.  it was nice to just kind of relax and get ready at a leisurely pace before packing everything up and making the 20-minute drive to downtown phoenix.  there, we had time to stop at a dunkin donuts for a quick bite and head on into the hyatt for hair and makeup.

of course, because it's us, we realized that the bean had forgotten something she needed back in the hotel room.  d-oh!  and so we headed back out to scottsdale without a moment to spare.  the hub dropped us off at the door to run inside and get the bean dressed and ready while he headed back out to gas up the truck and then make our way back to phoenix...all within half an hour.  luckily, all she had to do was literally change into her uniform and then we even had time for a couple of pictures before he barreled back in to pick us up. 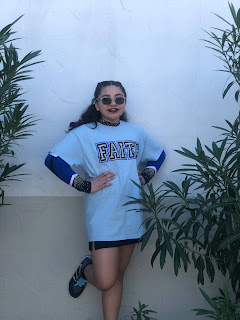 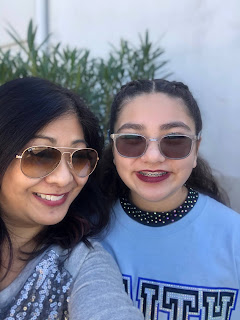 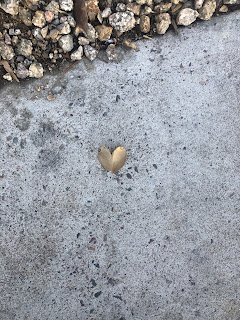 and then immediately after i took that, "i can't believe you took a picture of a leaf."  oy, kid.

we somehow managed to get back to the phoenix convention center right on time, with the hub dropping us off again while he headed off to find parking.  the team was gathered in front of the hall, making sure everything was in place and then taking lots of pictures. 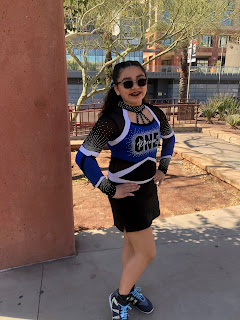 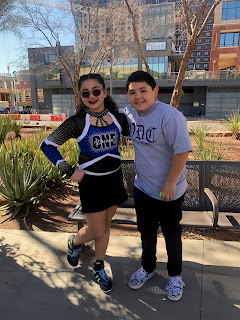 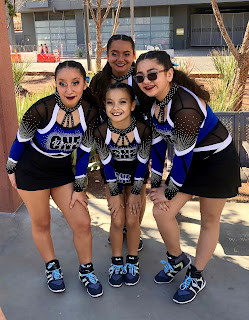 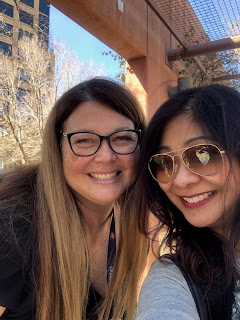 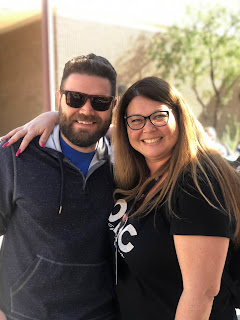 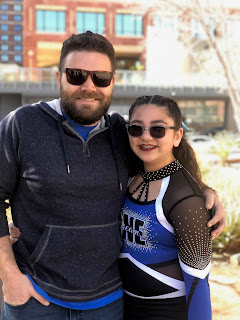 the coaches took the girls inside for warmups then, and we found seats easily inside.  there was even a full concession stand open offering hot food, which was a really nice change from the usual garbage we find at these things.  instead of settling for a 7-eleven style hot dog and chips we were able to order grilled chicken sandwiches and burgers - i guess that doesn't sound like much of an upgrade, but believe me...it was definitely better.

the bean's team took the stage first, and as always i was beaming with pride the entire time.  i wish she weren't in the back this year though, because i kept losing her as i watched them perform, but that's okay.  they killed their routine, and we were super proud of them all. 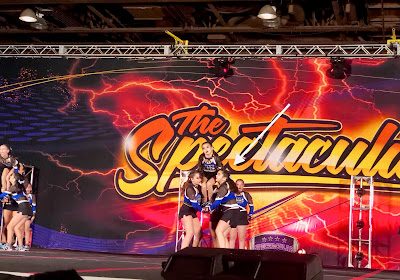 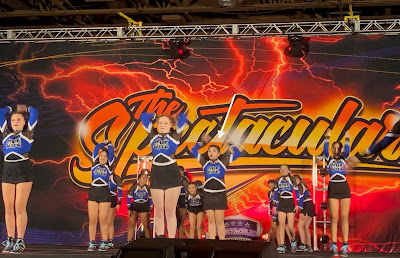 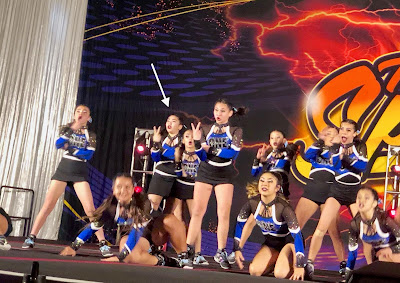 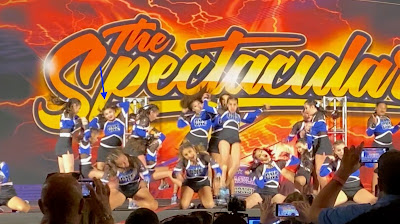 the squad's oldest team provided the very last performance of the day, and they were pretty phenomenal.  and when it came time for awards, everyone was over the moon to find out that they'd won a fully paid bid to quest championships at disney world next month.  the bean's team earned a bid for the competition as well, which was pretty exciting.

once we got home, after a long parent/athlete meeting followed up by lots of juggling and decision making, they decided to take everyone who wanted to participate and combine them into one big ol' honking team.  you know what that means? 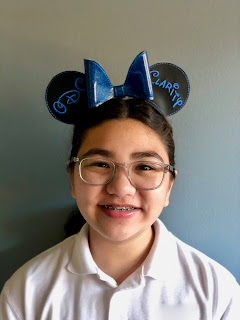