mommy & me day at disneyland

with MIL in town, the bean opted out of coming to sunday morning rope drop.  and because the hub invited him to play golf, the old lady's special friend also chose to stay home.  and that's how it turned into a mommy & me day for me and the old lady.

it was a chilly, cloudy morning.  not that we were complaining. 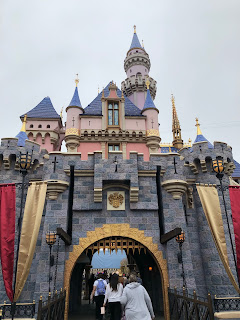 this is the time of year when lots of attractions are down for refurbishment, which made walking through fantasyland a little sad. 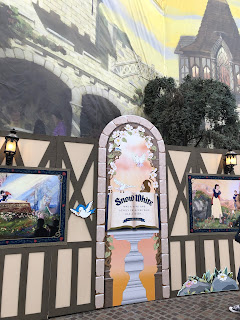 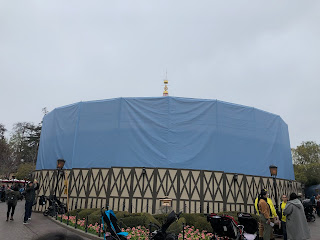 we'd placed a mobile order for some breakfast at the red rose taverne, but had about a half hour to kill before we could head over.  the influx of folks at rope drop trying to score a boarding pass for the new star wars-themed "rise of the resistance" ride really made a huge difference in how things were flowing that early in the morning.  it's a big bummer, because sunday mornings have always been such a great time for us to head to the parks and enjoy some quiet time before it starts to get crowded in the afternoons.  now you have thousands of people making the early morning trek, and there doesn't seem to be any such thing as quiet time anymore.

anyway, we decided to stand in the (relatively short) line for the alice in wonderland ride.  it's one of my favorite attractions in fantasyland - which is a little weird since i'm not really an "alice" fan.  but the ride vehicles always take me back to when the old lady was a little kid.  she used to make this face on a regular basis. 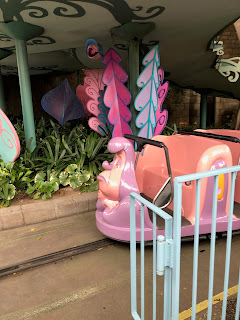 as it turns out, as much as i love this ride, she does not.  at all.  she explained later that the queen of hearts has always freaked her out, which was the reason for this face when we got to the part of the ride that takes us outside. 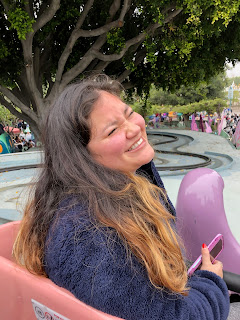 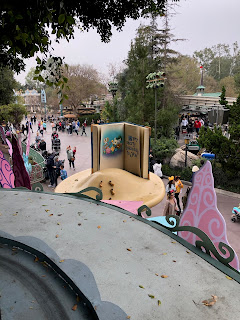 we took turns posing at the white rabbit's front door. 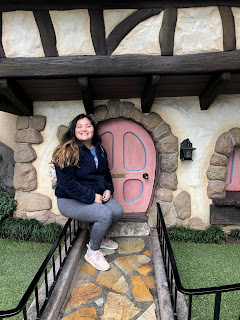 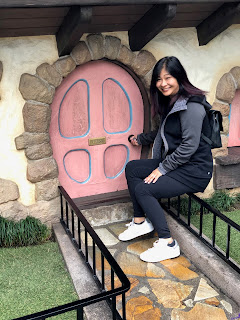 and i tried on this gigantic minnie bow in the mad hatter shop. 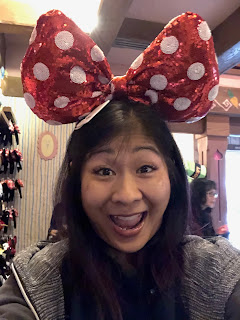 we'd also stopped for a chance to have a park photographer take a picture of us in front of the castle. 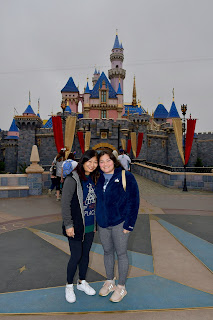 finally, it was time to head to the red rose to pick up our breakfast.  we bypassed the line that stretched out of the building and headed to the mobile order pickup window, only to find that lots and lots of other folks were still waiting for their orders. 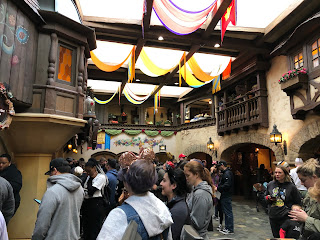 mine was pretty basic - just some bacon and eggs with a mini croissant. 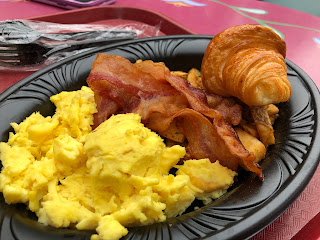 the old lady went for something a little different - a breakfast burger that came slathered with a maple cream cheese.  she said it was actually pretty good. 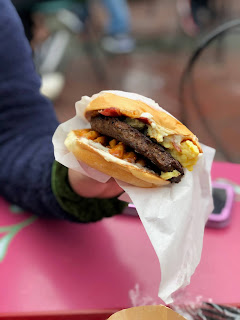 later, we headed on into galaxy's edge to check out some of the new treats they'd rolled out to celebrate the new ride.  this is the toydarian swirl:  green milk with a ribbon of spicy chili seasoning and little cubes of mango jelly: and new snacks too - chocolate popcorn with a sprinkle of crait red salt and galma garlic puffed cheese chips.  both were delicious. 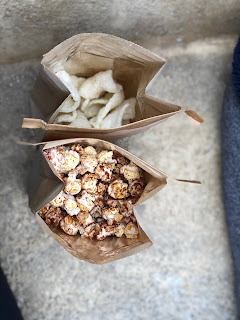 as we headed out of galaxy's edge we caught a glimpse of the stormtroopers getting ready to make their way down into the crowd. 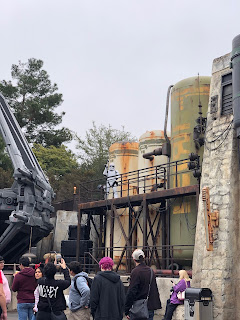 my friend weezermonkey and her family were there that day, celebrating mini monkey's 6th birthday. the monkey is most definitely not a disney fan, so i made sure to meet up with them for a quick hello and grab some photographic proof that we'd been there together.  i didn't want to impose on their family fun time, and we had fastpasses for the toy story ride over in california adventure anyway.  still, it was pretty awesome to see them all.  mini monkey seemed to be having a blast at the happiest place on earth. 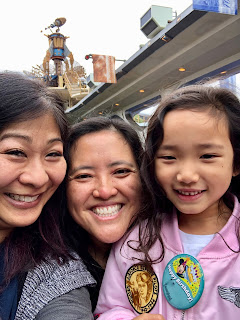 we made our way across the esplanade and to the very back of the park, and had a blast trying to outshoot each other through the various games. 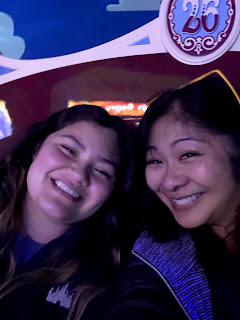 the one thing i really wanted was another one of those fluffernutter churros, and it was just as delicious as the first time. 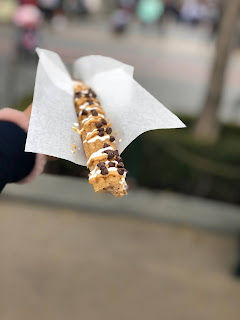 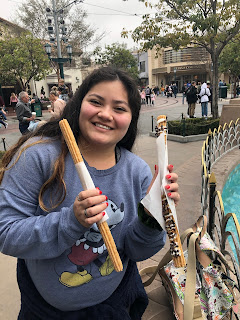 and then we were doing a little shopping in one of the boutiques on buena vista street when the text came across from the hub with the awful, terrible news about the helicopter that had been carrying kobe and the other 8 passengers.  to be perfectly honest, the parks were already really crowded and we were pretty much over it anyway, but that just sealed the deal and we hightailed it outta there and headed home.