remember the instant pot air fryer i was so excited to get for christmas?  so i put it on the counter almost as soon as i opened it and then there it sat for weeks while i tried to figure out what i wanted to make first.

and then i finally decided it was time.  i'd heard that chicken was a great starter recipe for an air fryer, so i busted out some drumsticks and gave it a test run.  it only took about 20 minutes, and they came out perfectly - nice and juicy with crispy skin.  and to go with them, i threw in some brussels sprouts that i'd sliced, seasoned and drizzled with some olive oil. 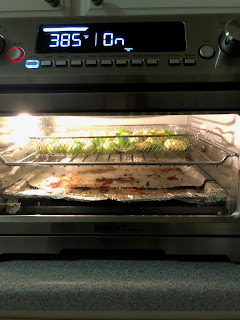 so a half hour's worth of work (mostly on the part of the appliance and not really by me) and i was serving this up for a great low-fat, low-carb dinner: 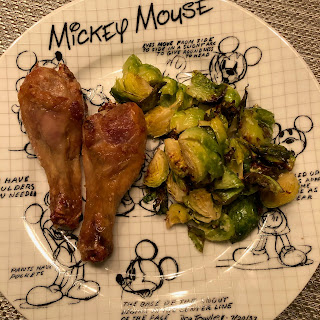 it got the thumbs-up from everyone, so this thing is going to come in real handy once summer comes again and i don't want to do actual cooking.

and then at target i finally got ahold of something i was looking for last year when they came out for a limited run...MEGA STUF oreos.  these are kinda ridiculous: 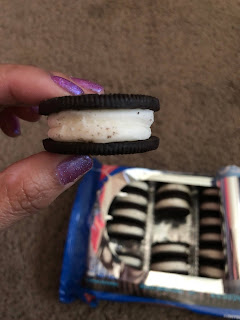 but it definitely satisfied that oreo craving.  i ate two and i haven't touched the package since.  maybe these will end up turned into something fun, like the cream puffs i saw online.  or some other kind of concoction that requires copious amounts of oreo creme.  i don't know.  we'll have to see what i come up with.

i got to meet my friend kelley at dots cafe for a quick breakfast one day while delivering a case of girl scout cookies, and found that they'd changed up the pretty painted mural on the back of the building. 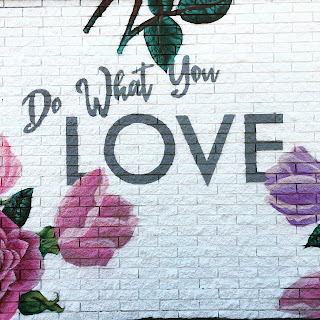 oh hey - check out these things i picked up for the puppies.  they're called "lickimats," and what you do is spread some sort of soft treat on them, like peanut butter or canned pet food - i hear some folks even put yogurt or cream cheese on them.  and then you put them down and the dogs sit there and lick off all the good stuff.  the repetitive licking motion is soothing to them and helps to release calming endorphins, and keeps them from being bored. 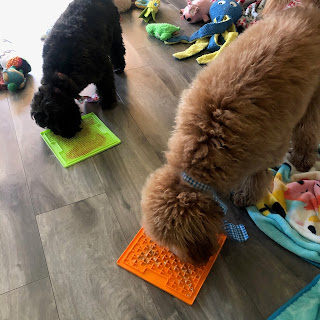 they've come to recognize it as soon as i pick them up and take them to the kitchen to prep, and after the first couple of tries i found that it kept them both occupied for a good half hour.  that gives me the perfect amount of time for a good shower.  and now i'm kind of cracking up because it's totally like having toddlers in the house again.

teddy seems to have gotten more cuddly in the weeks since his neutering surgery: 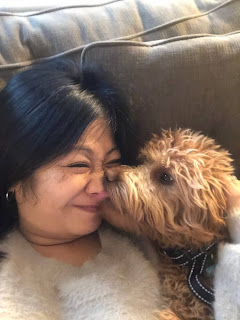 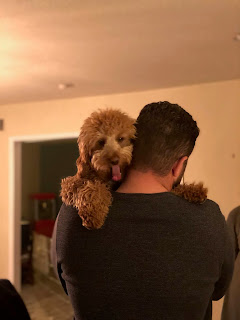 while cocoa actually went the other way - she's extra feisty and protective.  and she loves to stick her face in between the shutters to keep a close eye on potential intruders. 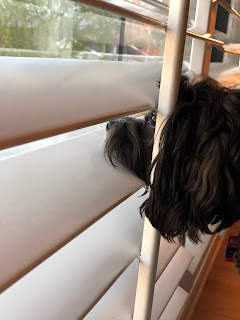 we've started making plans for the summer, which is totally insane, but we all know it's going to be here before we know it.  and just to make sure we're ready for anything, i took the bean to take a new picture to renew her passport.  she hated the final result, so i'm not posting it.  although i did share it with the hub and the old lady, who commented that it looked like it was the bean's mug shot after getting arrested for bumrushing the stage at a BTS concert.  hahahahahahahaha. 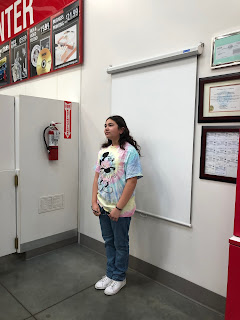 we've been getting a jump on our spring cleaning and in a forgotten cupboard above the refrigerator i found this: 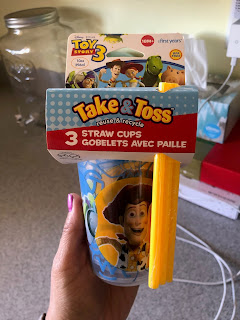 and in my sewing room: 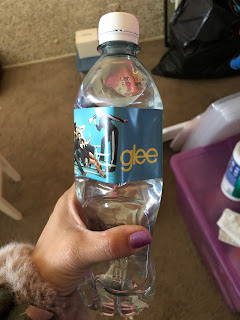 the bean used to call that bottle "fire water" when she was little.  and i remember how we puzzled over it for a while until the old lady realized that it was because i'd tucked it away on a high shelf and said it was  for emergencies.  heh.

and while going through our (still rather extensive) collection of DVDs, i came across one of my most favorite movies ever: 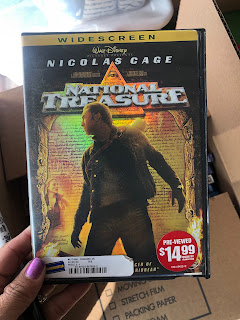 have you heard that they're finally going to come through with a 3rd national treasure movie??  I'M SO EXCITED!!!  they better get the original cast together for it though, because otherwise i'm out.

and this concludes your random photo collection for this lovely tuesday.
at February 11, 2020