the bean's next cheer competition was in phoenix, and it just so happened that it was the end of the second trimester (!!!) and she only had a half day of school on the day we needed to hit the road.  that gave me enough time to bust out my britney t-shirt and get in a session at orangetheory with the old lady first: 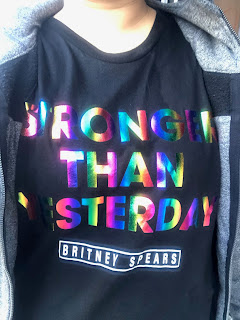 oh, and it happened to be valentine's day so she had free dress at school as long as she wore either red, pink or purple. 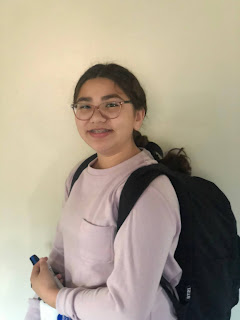 while she was at school the hub and i had time to run a couple of errands and grab some coffee.  my barista must've been feeling extra festive, or she liked the heart-printed top i was wearing (which i never did get a picture of, but that's okay). 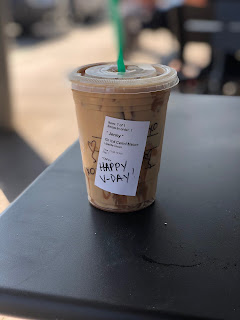 we didn't get to leave right on time, but we got pretty close.  by 1:30 we were on the freeway and making our way east. 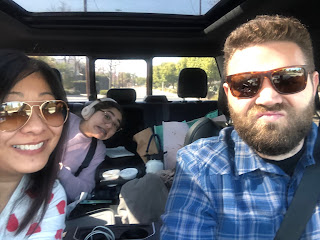 pretty soon we were in the palm springs area, as evidenced by the rows of windmills we drove past. 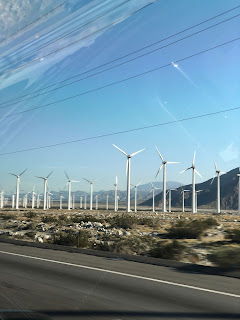 and then we crossed the border into arizona and lost an hour. 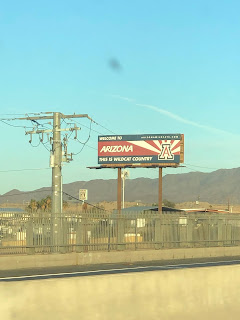 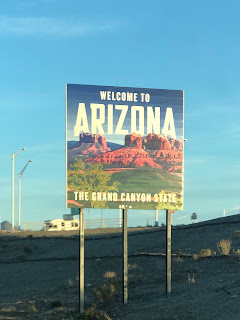 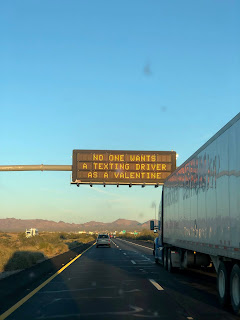 a good amount of the drive was pretty boring, with not much to see.  but we did get to watch a very pretty sunset as we drove through the desert. 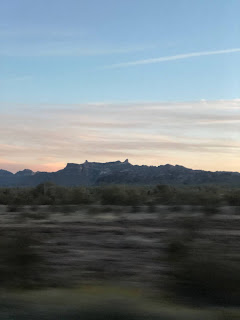 the competition was at the phoenix convention center, but the hub prefers to stay in scottsdale.  for this trip, he'd booked us a suite at the scott resort.  it was pretty dark by the time we got there, so my pictures aren't super.  but the rooms were very cute and the bean was elated when she realized that she had her own space to spread out in. 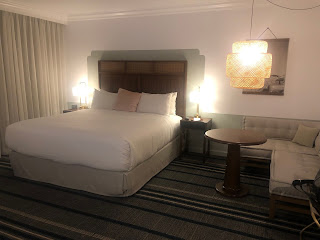 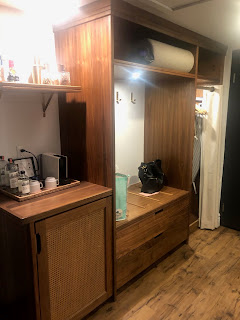 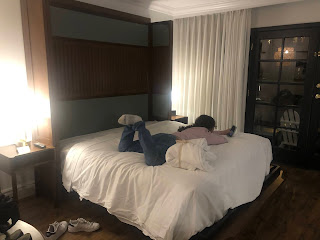 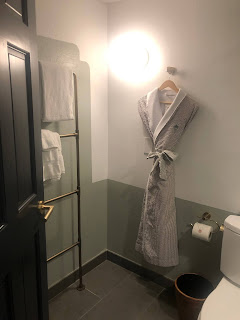 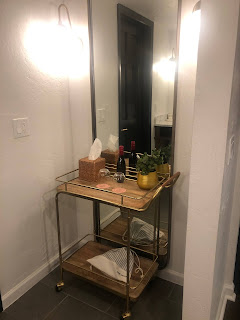 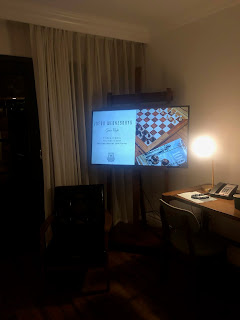 it was already after 9:00, so we decided to stay on the property and hit the hotel's restaurant for dinner.  it's cuban-themed, which was perfectly fine with us.  we started with some plantains and chips with some delicious black bean dip: 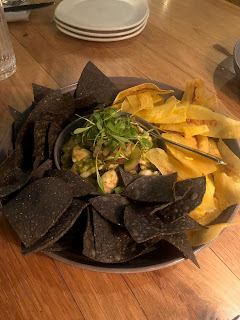 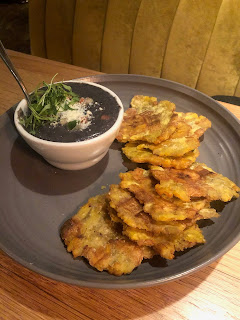 and for some reason i got a bug up my butt to pick something healthy as my entree, choosing the baby kale salad with grilled skirt steak.  it was really good, although it seemed like i kept chewing on that kale and it wasn't disappearing.  even by the time i tossed my fork down and called it a night, it still didn't seem like i'd eaten any of it.  heh. 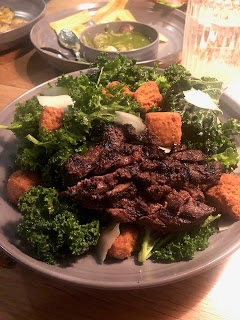 and then we shared an order of the churro doughnut holes with guava and white chocolate dipping sauces for dessert. 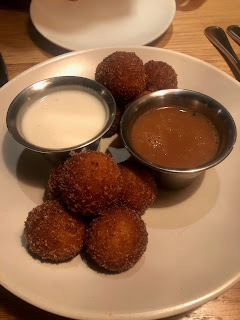 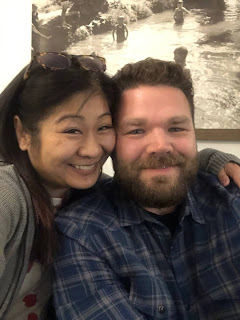 just outside the restaurant they were playing movies and offered popcorn, but it was late and we were all pretty beat.  i'd love to come back here sometime when we have time to relax and enjoy all of the amenities. 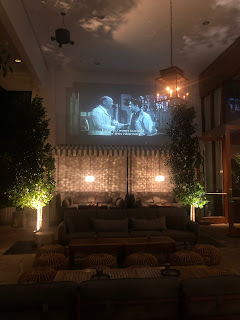 the hub was even going to head out to check out a cool cigar lounge he'd found, but he was wiped out and ended up passing out cold around 11.  still, it was a great start to a fun weekend.
at February 18, 2020