it was a year ago on sunday that we said goodbye to molly for the last time.  that night, we went to disneyland for some distraction and to spend some time together as a family.  and so we decided to spend the first anniversary there as well - minus the hub, who was gone for the weekend celebrating a friend's birthday in vegas.

since the old lady and i were the only ones who'd been able to experience the new "rise of the resistance" ride, we convinced the other two to get up early and head down at 6am like we'd done a couple of weeks ago.  and so just before 6:30 we pulled up at the parking structure...along with a bazillion other people. 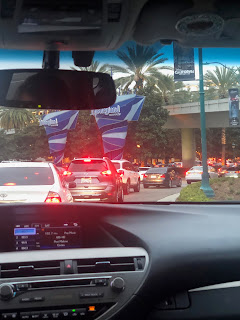 it took about 15 minutes to finally get parked, and because it was so early getting through security was a breeze.  the trams were running smoothly as well, and we got in line at the disneyland turnstiles not too long afterwards. 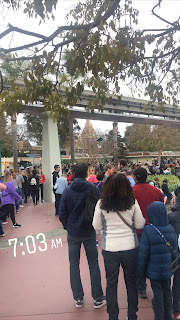 they typically don't start allowing guests onto main street until about 7:30, but with the crowds that gather in the esplanade in an effort to get a ROTR boarding pass we noticed movement in the lines about 10 minutes after we'd arrived.  and so by 7:30 we were scanned into the park. 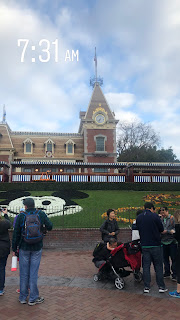 we hadn't loved our breakfast at earl of sandwich last time, so we thought we'd try la brea bakery cafe instead.  as we headed over, i cracked up as i watched the girls walking with their shared boyfriend. 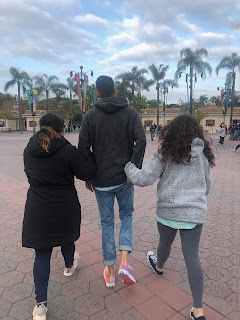 we were seated pretty quickly at the restaurant, and just before the park opened the old lady headed out to get away from the crowds and try to snag those boarding passes for us.  while she was gone the server brought our breakfast to the table.  i'd opted for the pecan cream cheese-stuffed french toast: 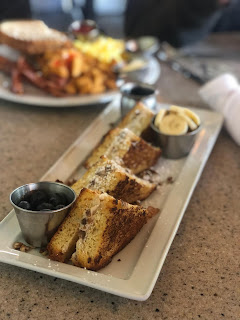 along with my most favorite breakfast beverage. 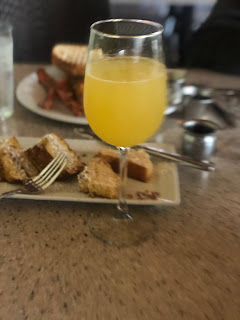 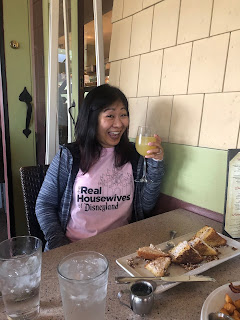 when the old lady returned she was grumbling about a glitch in the app that didn't allow her into the boarding system right away, resulting in us getting into group 116.  anything after group 80 is considered a "backup group," which means we weren't guaranteed to get into the ride.  bummer.  she ordered a bloody mary to drown her sorrows: 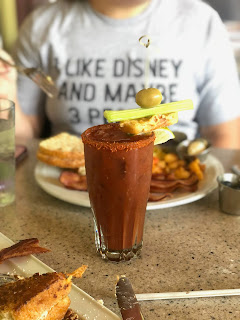 breakfast was delicious, and i drained my glass in no time.  i definitely got a little silly, and the bean was not impressed. 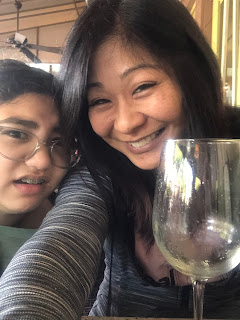 apparently i was extra silly, because as soon as we were done the kids steered me right into the starbucks next door for some caffeine. 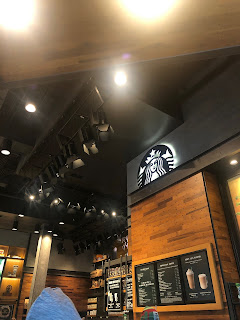 we walked through world of disney to browse through the merchandise, and i made a mental note to come back and pick up one of these for myself: 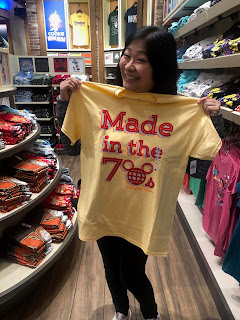 our first fastpass of the day was for the guardians of the galaxy ride.  it was fun as always, but we were a little bummed to see that the ride cameras were out of order when we exited. 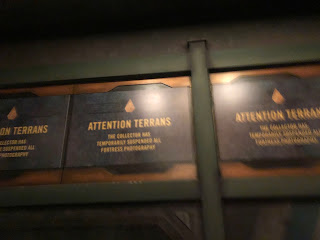 no worries, though, because we went outside and took our picture. 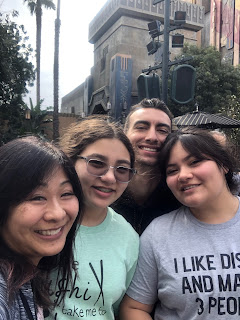 the incredicoaster was next: 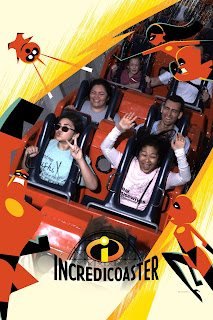 and then we decided to head over to disneyland.  the number of boarding groups being allowed to ride was moving really slowly, so we knew our chances were slim to none - especially since we had to get the bean back home for cheer practice by 6.  oh well.  at least we took some fun photos that day. 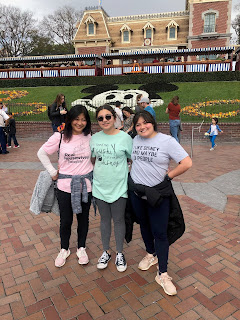 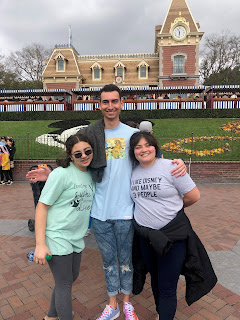 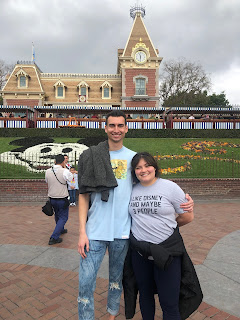 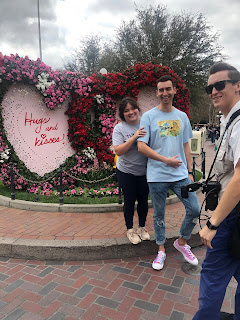 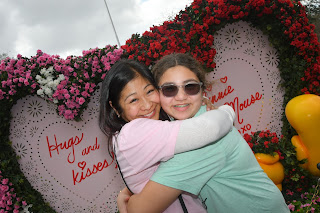 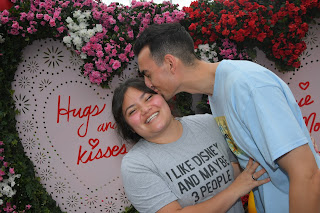 the only ride we went on at disneyland that day ended up being star tours, which was extra fun since they recently added new scenery from the latest star wars movie.  from there we watched the extended sneak peek at the newest disney/pixar movie: 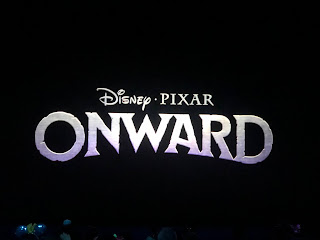 had some lunch at pizza planet, capped off with this minty chocolate parfait: 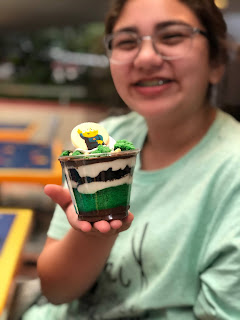 took one more peek at the boarding group status:

and then we stopped in to pick up something for the old lady and i to commemorate the day.  the bean doesn't do jewelry at all, but we ended up choosing these matching bracelets: 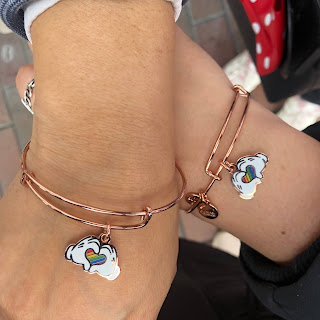 so yeah, i know the symbols on those charms represents something totally different.  but that's okay.  for us, they carry a different meaning - a combination of the rainbow bridge that our molly crossed over last february 23rd and how much we're always going to love and miss her.

sweet molly.  i hope you're enjoying doggy heaven.  teddy, cocoa and stevie are here to help fill the vacant space left at home while you've been gone, and i know you'll be waiting to greet us all when that time comes.
at February 25, 2020