it seems that i'm addicted to making freshly baked bread. i guess it helps that i bought a shitload of yeast packets on clearance at f'in sleazy last week, though. heh.
so yesterday's experiment was a recipe for homemade hawaiian bread. i had high hopes, because i LOVE that stuff and the recipe seemed easy enough. by now, it's kind of boring for you, i'd think. sorry.
the yeast, dissolving in pineapple juice: 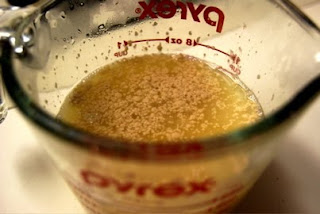 the dough in the bowl, before and after rising. blah, blah, blah. 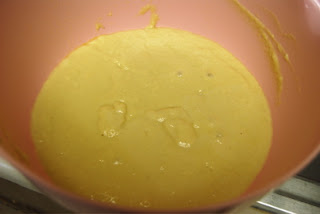 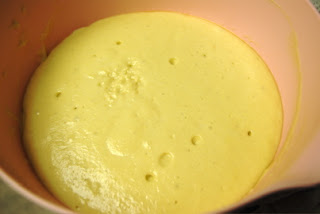 the dough divided into the two semi-appropriate pans i have on hand. 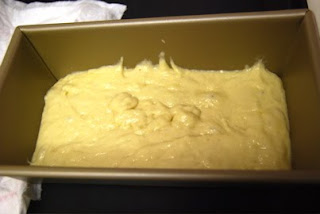 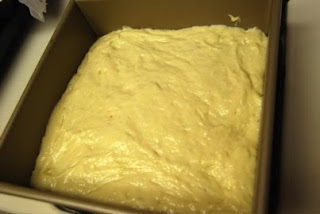 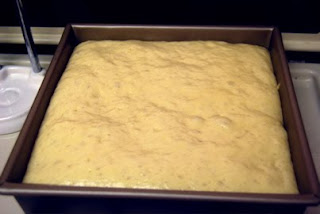 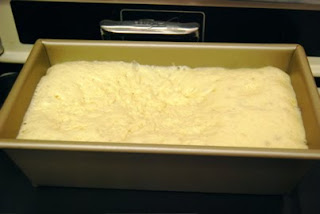 it looked good. it smelled good. and i suppose it tasted good, too - if you weren't expecting the deliciousness of your typical loaf of hawaiian bread. it lacked the sweetness and puffy texture of what i'm used to. so while i was rather disappointed, the hub thought it was pretty good. that's a good thing, although i doubt i'll do a repeat anytime soon. so many recipes, so little time. 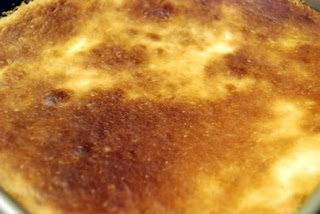 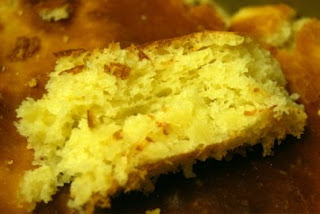 i had stopped by the mailbox to pick up a week's worth of junk, and was super stoked to find that i'd received a package. well, actually, two. and i giggled my ass off when i opened the first - my friend HR goddess had asked me for my address a couple of weeks ago, and when i asked her what was up, she simply said "i found some stuff that you MUST have."
and she was right: 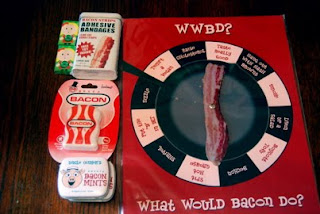 oh em gee. let's take a closer look at this stuff, shall we?
bacon...mints. so that i can have fresh breath while still enjoying the most wonderful flavor on the planet? 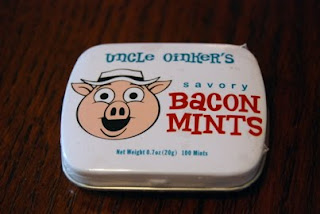 a baconized version of a magic 8 ball. you know, for all those tough, life-altering decisions that might require a little nudge from my favorite pork product. 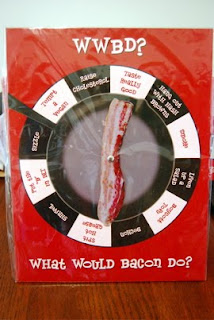 HR goddess is obviously concerned about my oral health. she must've heard that i wasn't flossing as often as i should, and we all know this will serve as the perfect motivation for me to step it up. 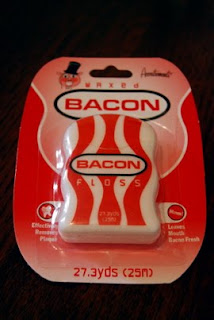 i love her so much for that fun surprise. the hub made quite a face when i showed off my treasures, but you know what that means: more for me.
the other package contained something else that's going to be super fun. i'd seen a post on the nest's cooking board a couple of weeks ago that i responded to right away. the publisher of this book: 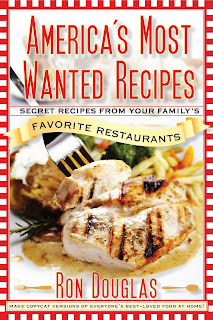 was looking for bloggers to take part in a fun promotion for the book. in exchange for a free copy, we were to choose a recipe, try the original dish in the restaurant, and then give it a go at home. and on september 14th, all of the participants will post their reviews, comparing the copycat recipe to the restaurant version. there are appetizers, entrees, sides, and desserts from places like chili's, p.f. chang's, red lobster, and all sorts of other chain restaurants all across the country.
i love free shit. i love food. and you all know my secret shame: i love chain restaurants. yay! it's gonna be fun (and tough) to pick a recipe.
last night's dinner was quick and easy. it'd been a while since we'd grilled steaks, and i picked up some pretty bone-in ribeyes at the grocery store. 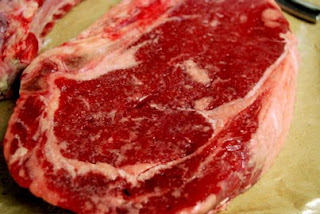 i'd completely forgotten to pick up a veggie, so i dug around in the freezer and found a partially-used bag of chopped spinach. a little butter, some flour, milk, salt & pepper, and voila! creamed spinach. 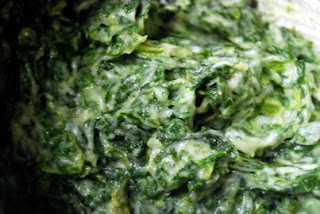 we ate it with some quickie rice pilaf and that failed hawaiian bread, and rolled away from the table stuffed and happy. the bean enjoyed pieces of steak too, and i was amused when i realized that while one daughter is vegetarian, the other is most definitely...NOT.
chalk one up for the carnivores!
at August 19, 2009