so last week, my boss sashayed over to my desk and handed me a plastic bag. curious, i peeked inside and saw a baggie containing a piece of what looked like cake or bread of some sort, a piece of paper, and this: 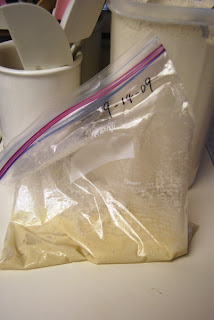 half of you are rolling your eyes and groaning in amusement, and the other half probably shaking your heads and wondering what the fuck that hot mess could possibly be.

why, it's a starter bag for amish friendship bread, of course!

now, i have no freaking idea whether or not the amish actually have anything to do with this concept. but i think it's pretty bizarro, to be perfectly honest. this bag contains the beginnings of what will eventually become a loaf of sweet ass bread (based upon the instructions on that sheet of paper, which calls for a couple of cups of sugar plus a box of instant pudding mix, among other things), passed from one baker to another to another to another. you follow the instructions for ten days, starting from when you receive the starter. the recipe for the first few days consist of nothing but mushing the bag to stir the goo inside. 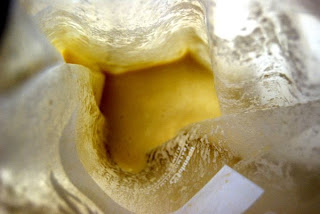 and then on the sixth day, you add a cup of flour, a cup of sugar, and a cup of...milk. i'm slightly grossed out by this concept, knowing that the bag is NOT to be refrigerated at any point during this process. but i dutifully followed the rules, zipped the bag shut, and mushed it all up to get it all incorporated in there. 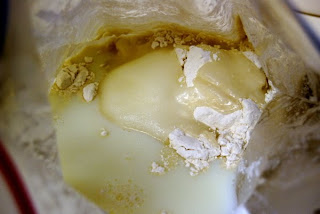 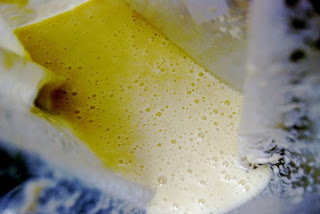 and then when i paid my little bag a visit yesterday - day 9 of this craziness - the plastic was so puffed up, i feared it would explode all over me and my clean kitchen floor. 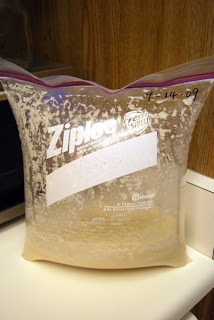 i carefully pulled the corner of the top open to "burp" the bag, and shrieked a little when it protested like a champagne cork and squirted a little goop onto my face. and i gotta tell you, that shit does not smell fabulous. why on earth am i continuing with this madness?

today, it was puffy again, but nowhere nearly as big. 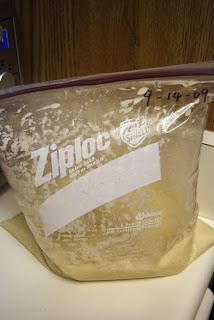 and the timing of this stuff sucks, as the majority of the work is to be done tomorrow. the day i already plan to do a whole shitload of baking and cooking, for the bean's bash on saturday. eff, man. we'll see how it turns out. i guess the bonus is that the 4 bags of starter i'm to produce out of all this will be handed out to lucky [unsuspecting] partygoers. heh.

speaking of party prep, here's a sneak peek at some of the stuff that's in store for the bean's fabulous birthday bbq:

shoes! wait till you see the rest of the outfit. and now you know which theme we ended up going with. 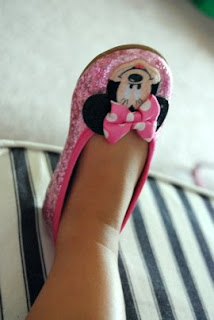 these funky looking things are tissue paper pomander balls, which will be hung from the trees at the grandparents' house. i've got seven of these so far, and another *mumble*fourteen to make. luckily, they're super easy as i scored on the martha stewart kits for them at michael's on clearance, plus a 25% off coupon. i'm such a bargainhunter. and these are going to look super cool. 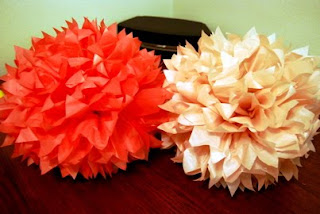 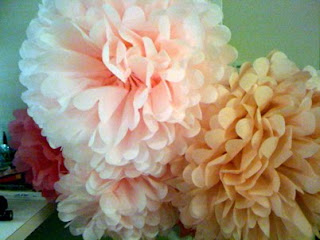 so after checking my guest count thus far, i realized that three batches of brioche buns are cutting it a little too close. i found myself measuring out flour and warming up water to proof yeast and kneading dough one more time. but by now, i have the recipe memorized, can form those pretty little balls of dough into perfect buns, and have the freezer configured just right to accommodate my cookie sheet. 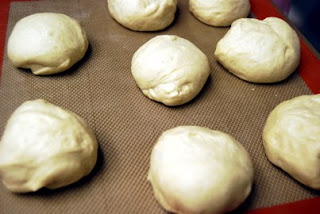 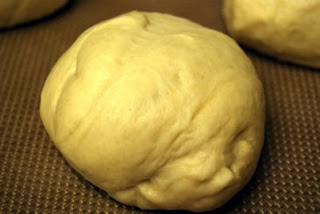 and then i got to thinking - i've never done this whole freeze-the-bread-dough thing before. i pulled out one of my frozen buns to do a test run, covered it with a piece of nonstick spray-coated plastic wrap, and left it alone. a little over an hour later, i checked on it and it had thawed completely and risen considerably. 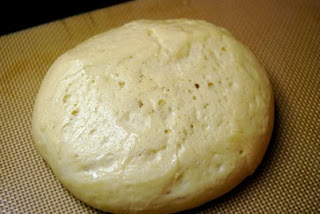 i didn't feel like cracking an egg to brush on top, so i just put the pan in the oven as-is and twelve minutes later, the bun was a nice golden brown. 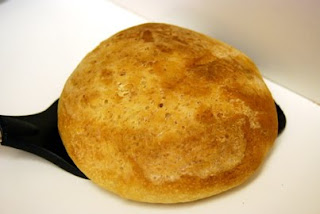 when i cut into it to check it out, i instantly realized why the egg wash was so important - the top was a little dry and crusty. well, hmmm - maybe i baked it too long. either way, i'm definitely brushing the rest of the buns with beaten egg. 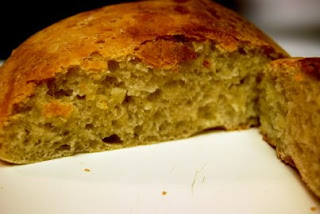 i also completed another little project - do you remember the nipple treats from way back when? well, they're baaaaack - and wonderfully color-coordinated with the party colors. 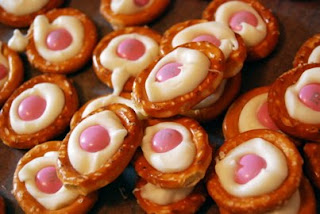 oh, man. so, so, so much still to do. and temperatures are expected in the triple digits throughout the weekend! oy. give me strength.
at September 25, 2009