first, i am dreadfully bummed this morning. i'd seen a post on facebook from the glee publicity staff, looking for people in the area to serve as seat fillers for the season finale of the show. the taping is this afternoon. while i was lucky enough to be selected, i had to decline. attendees have to be 18 and over, and although the teen could likely pass for 18, they're checking IDs at the door.

i managed to find a full phone and e-mail directory online for the office (thank you, google), made a few frantic phone calls and some pleading e-mails...but nothing. even though it's a show about high school, i'll be with her the whole time and am her freaking mom, they wouldn't bend. oh, well. rules are rules, and i get that. i could have taken someone else and gone - but i just couldn't do it. the teen was so dejected and sad as it sank in that the opportunity was slipping right through our fingers. i have to admit, i was too - but hey, it's not like we won't see the end result on tv, right? not to mention that i have junior league commitments tonight that i would've had to weasel out of. i'm really trying to look at the positives here.

maybe revisiting a super fun part of this weekend will help. the hub and i got up bright and early to take the bean to her very first gymnastics class. she had no idea what was going on, but she was excited to get ready and out the door with us. we pulled up here a few minutes early, so that we'd have time to get her registered and all that jazz. 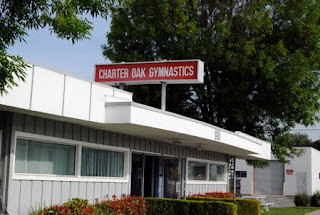 the hub had dressed her in a new hello kitty tee, and so when i did her hair, i pulled out her new accessories - do you love? 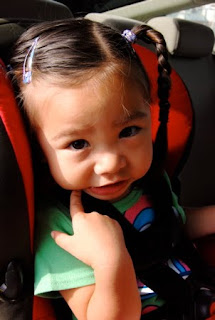 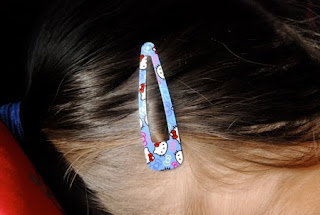 the gym for the little ones was next door to the main building. this center is built especially for kids from 18 months to 5 years - which i was grateful for, as i didn't relish the thought of the bean getting trampled by big kids doing flips and shit. 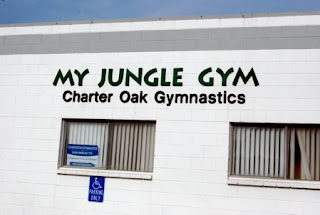 it was really cute inside, and as we walked in, one of the bean's favorite movies, "up," was just starting. 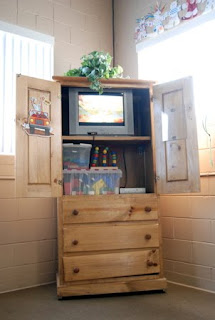 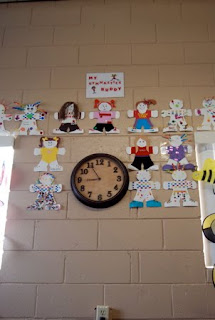 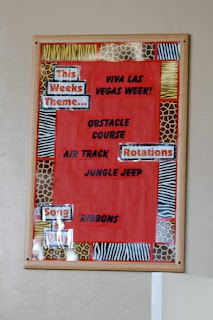 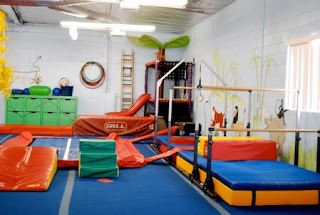 they're apparently preparing for a big show/demonstration/whatever coming up in vegas, and everyone gets one of these cute little leotards (i don't know what the boys get, but i sure hope it isn't this) and a participation medal. 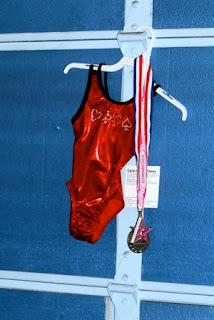 the bean made herself comfy at the little table, where she alternated between watching the movie and coloring a picture. 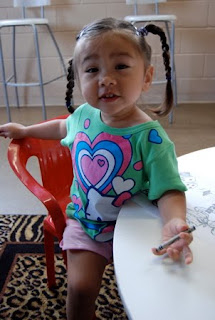 the class began with a warm-up, during which the coach tried to teach the kids the dance that would be performed at the upcoming event. it was pretty comical, as the bean flatly refused to copy any of the moves and instead looked around with big eyes, overwhelmed at the activity and the newness of it all. even when the fun stuff started, like climbing through the jeep and jumping around on the bouncy trampoline, she wasn't into it. poor thing - i knew she'd want to play eventually, but for now she was in shy mode and didn't want to do a darn thing. 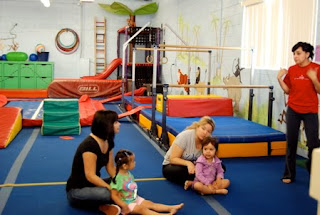 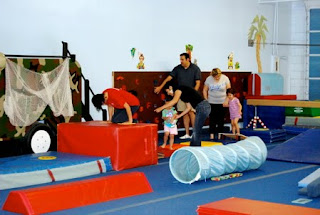 by the time i switched places with the hub, who was watching from the waiting area, she'd finally gotten semi-comfy - enough to at least let go of his hand and give some stuff a try. 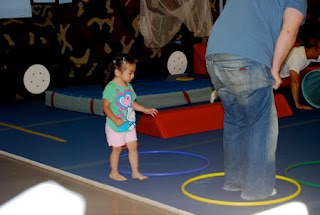 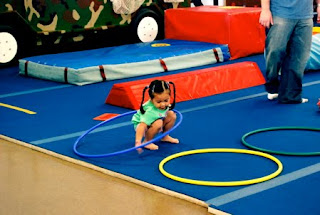 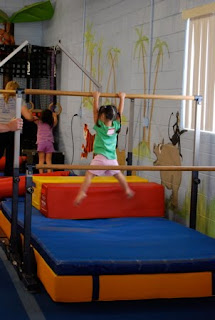 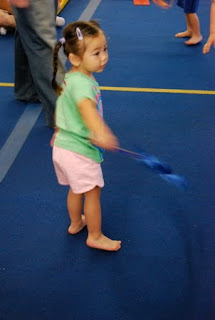 the coach came over to me to tell me that everyone is like that in the beginning and that the other kids in the class had already been through at least one 8-week session. she also mentioned that there's an "open gym" hour later in the day, and that from what she'd seen, the free play helps them to relax and get comfortable with the equipment on their own terms.

at the end of the class, everyone washed their hands and then sat back down to get their reward - colorful hand stamps and coloring pages. and those stamps weren't limited to hands: 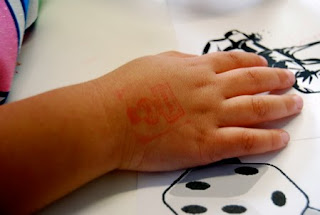 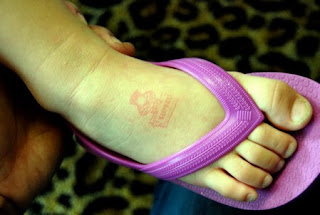 i loved the 'do on this little one, who had arrived early for the next class. i've got to try this with the bean. 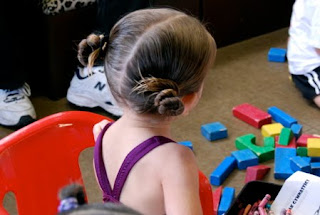 with the hub tied up with a volunteer gig that afternoon, the bean and i returned to the gym for that free play session. and the coach was dead on - she loosened up and wanted to try everything. yay! first, the balance beam: 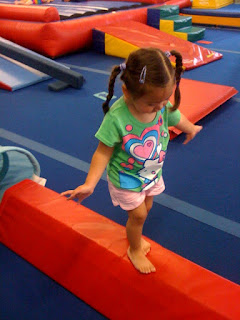 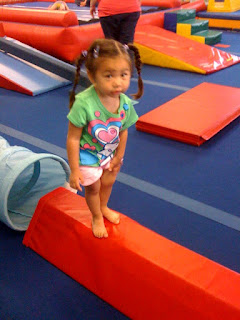 moving on to the rings: 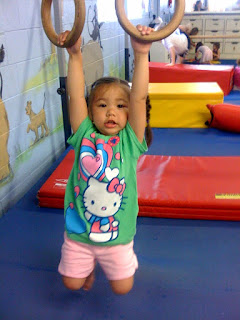 hopping into the foam pit: 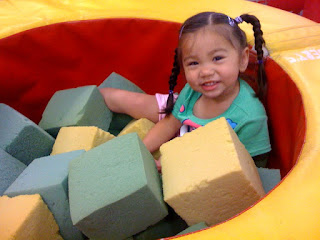 climbing through the tunnel: 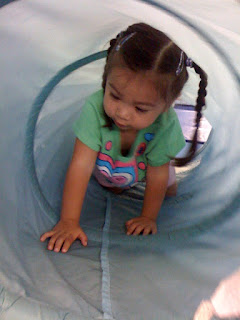 and the best part (and her favorite): getting her jumpy-jump on. 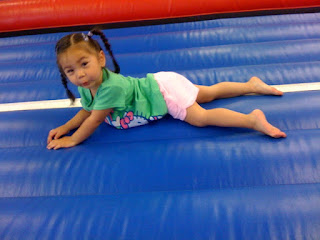 all that jumping and running around and stuff wore her little butt out. 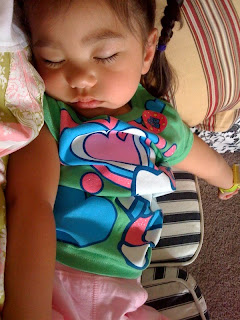 this is a great way to spend our saturday mornings. we're now signed up for the session. whee!
at April 21, 2010

Email ThisBlogThis!Share to TwitterShare to FacebookShare to Pinterest
Labels: gleeks, the bean is a gymnast