last week was marvelous. the teen, the bean and i got to spend a lot of fun time together, and although we didn't get to do anything special or go anywhere fantastic, it was just nice to hang out without the pressures of school or work. we'd hoped to go out of town for at least a few days, but with the teen heading to her dad's in the middle of the week and the hub slammed at work, we just made do with outings close to home.

with leftover christmas/easter/just because cash burning a hole in her pocket, the teen angled for a trip to a fun mall where she could peruse her favorite shops - h&m, forever 21, and urban outfitters. the americana in glendale fit the bill perfectly, and on the way there i decided to make a pitstop to try a place i'd heard raves about but had never had the time: 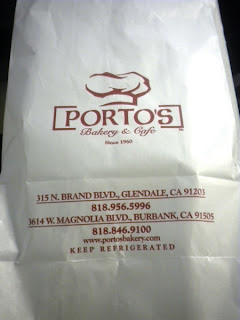 i came out with two sandwiches (the medianoche and papa preparada), a bag of cheese rolls (because my friend lilcee said i had to), and a cookie for the bean. i didn't realize that the second sandwich, which was billed as stuffed with potato balls and veggies, also had meat in it. oops. the teen made do and we munched in the parking structure before heading off to get our shop on. 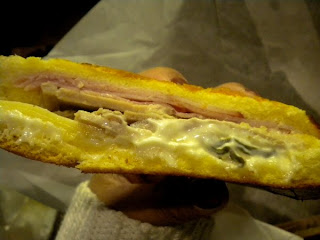 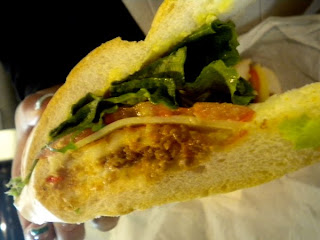 the bean, having fought off her nap all the way there, eventually fell asleep as we walked around with her in the ergo carrier. i love that we've rediscovered that thing and are able to sashay through shops without having to maneuver our big ass bulky stroller. and by the time we made our way into the ginormous barnes & noble, she was awake and ready to read some books. 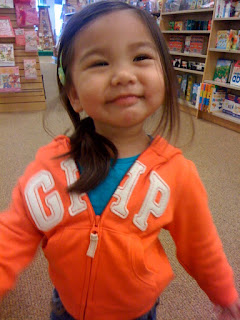 having just broke up with his girlfriend of a year, i shot over a picture of this baby tee to brother wan, telling him i planned to dress the bean up in it. 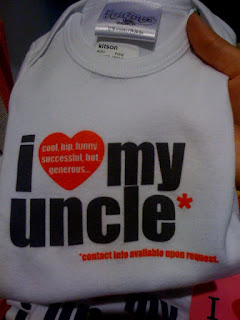 snack time! we stopped at a kiosk and indulged in these ridiculously large crepes stuffed with generous smears of nutella. 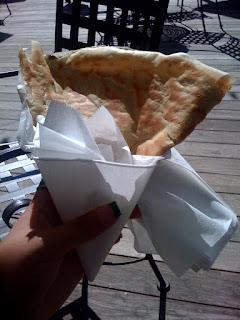 at urban outfitters, i was amused to find this super duper lame hello kitty mouse-slash-water globe. it wasn't even cute! i love me some HK, but even i couldn't get behind this thing. and especially not for $30+. 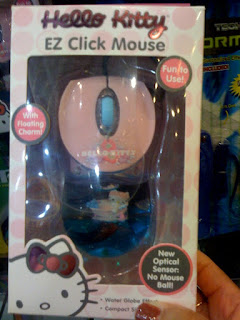 in the small playground, the teen and the bean had a little fun. 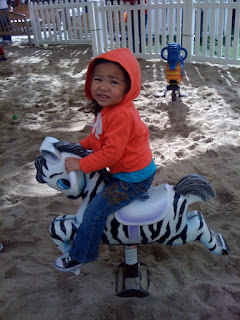 as i dug around for my parking ticket to get it validated, i realized that i'd managed to lose it. damn. and so, knowing we'd end up paying the maximum (NINE dollars!) fee, we crossed the street and headed over to shop at glendale galleria. at sweet factory, we found these cute little mini-lollipops and picked up one for the bean. 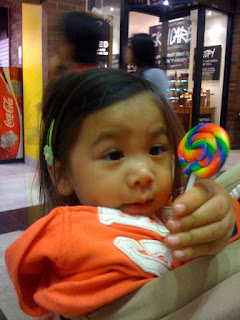 as she strolled around the disney store, checking out the merchandise and watching the music videos that played on the monitors, nature called. ha! 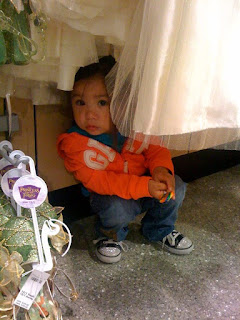 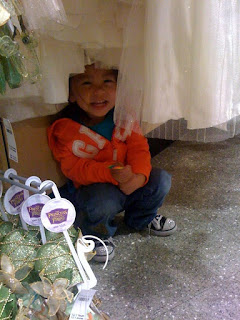 at nordstrom, she checked out the footwear and did what she's seen her mom do a thousand times - peek at the price tag of every cute shoe that caught her eye. 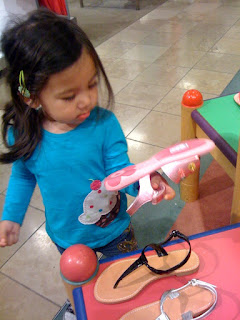 at sephora, lilcee came to mind again as i spied the display of tokidoki cosmetics. so cute! 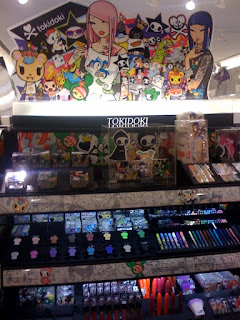 we managed to kill so much time browsing through both malls that by the time we left, there was zero traffic on the way home. and everyone was happy - the teen had finally splurged on a pair of tom's shoes that she'd been coveting for months, the bean plowed through her mini-lollipop, and my tummy was happy after the porto's extravaganza.