in my continuing quest to frequent smaller, independent "mom & pop shops," i took the bean here one day last week. we'd just dropped off the teen at the nearby skin care shop for her much-anticipated microdermabrasion appointment and had at least an hour to kill, so we took off on foot with her riding on my back in the trusty ergo carrier.

i'd seen this toy store before while driving up and down myrtle avenue for various errands, but never really had the chance to stop in. besides, it's always more fun to hit up places like this with the bean, so i was excited. cute name, right? 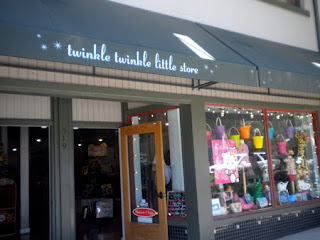 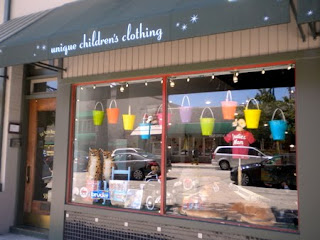 the bean scrambled to get out of the carrier once we walked inside and got our first look at the fun stuff that awaited us. 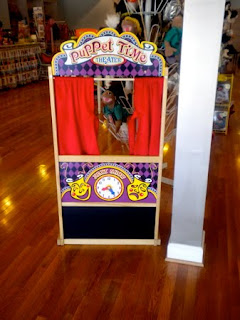 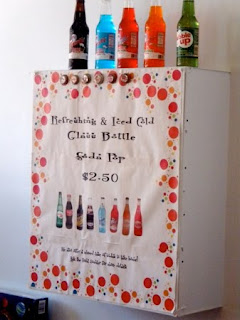 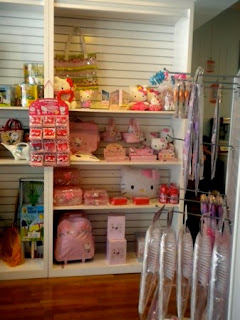 she scampered right over to this contraption and stomped on the little cushion, sending the foam rocket high up in the air. i was amazed at how quickly she'd figured it out until later that day, when we were telling the hub about the cute little store we'd shopped in. turns out they'd already been there once before (i don't know when, and where the hell was i?) and she'd spent a good chunk of time playing with it. 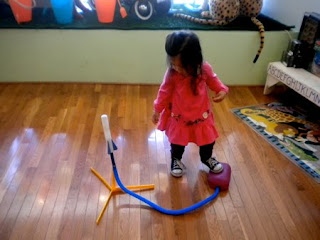 there was a nice little selection of clothing and baby gear, as well as toys for all ages - both current and nostalgic. 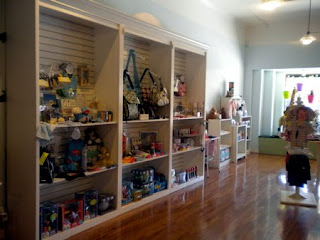 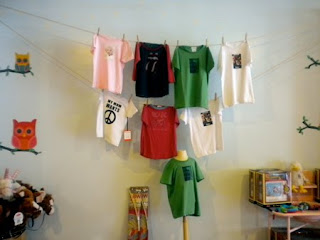 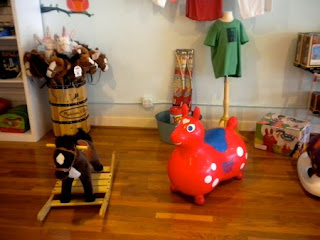 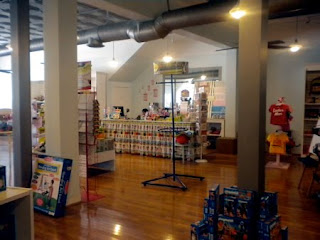 the bean got a kick out of all of the toys that were out on display. i love shops like this, where they make it warm and inviting, putting out a bunch of stuff and giving kids a lot of space to run around and have a great time without restrictions. i don't know about other parents, but it sure gives me motivation to pick up an item or two despite the slightly higher prices. 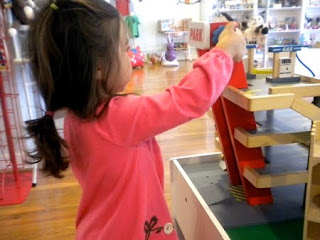 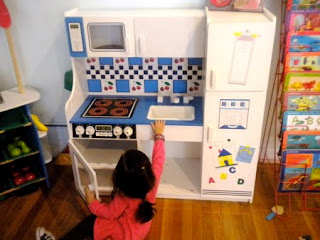 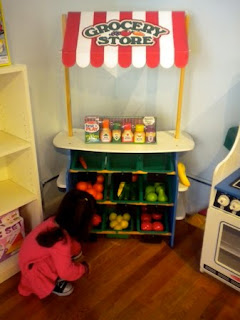 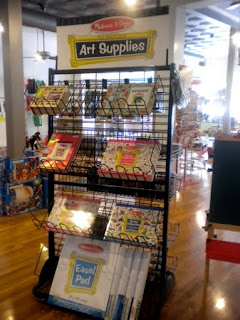 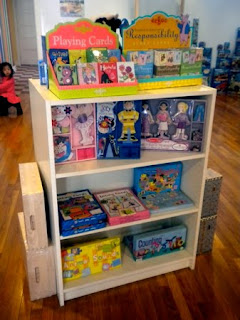 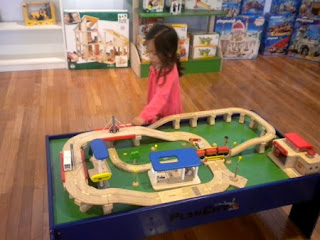 she ran right over to this mini piano and started playing a masterpiece for me. it was really cute, and later on she said it was her favorite toy in the store. they also had other musical toys for sale, and i can't wait till she's old enough for lessons. 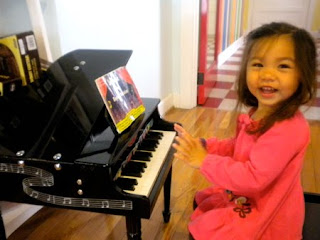 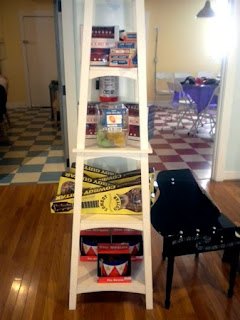 they even have a room in the back that's set up for birthday parties. 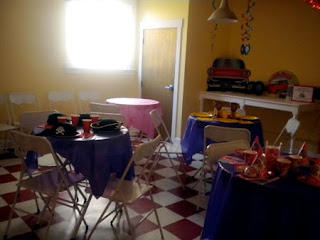 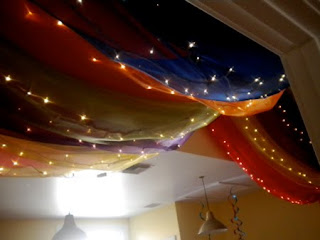 of course, this was a big hit. 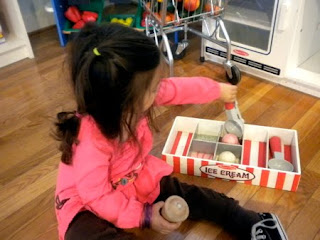 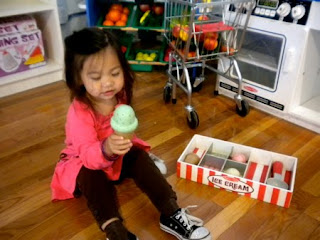 i chatted for a few minutes with the owner of the shop, while the bean continued to play with the cars and trains on the table. i was surprised to find that we'd killed the hour so quickly, and we left with a hello kitty pinwheel and that foam rocket set.

small-town shopping is so fun. i'm totally going to keep frequenting little stores like this! if you have any to recommend, let me know. whee!