and just like that, the bean's very first soccer season is over.  it was so much fun watching her learn how to play a team sport, going to practices, doing drills, running the field, proudly scoring goals.  the last few months brought some really awesome moments, like these: 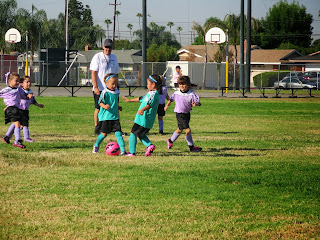 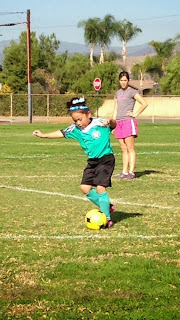 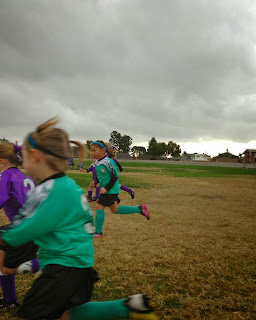 and while she made a bunch of new friends in the process, it was pretty cool to see old friends there too. 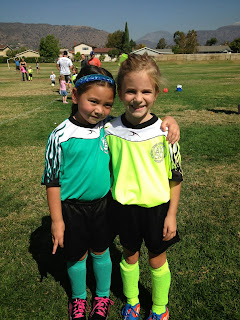 this was the official team banner: 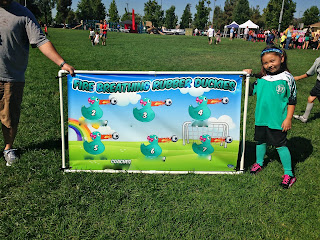 and the bean's homemade version. 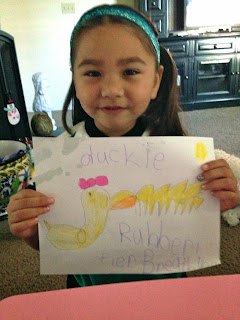 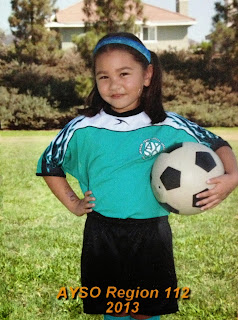 for the team party after the final game, i decided it would be fun to bring some cookies for the girls.  it helped that i happened to find a rubber ducky cutter in my stash, too, which i modified a little to make it match the team's mascot. 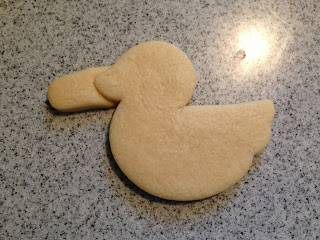 although, dang.  it looks like the duck is vomiting flames. 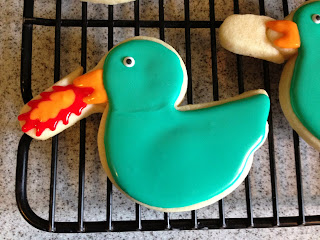 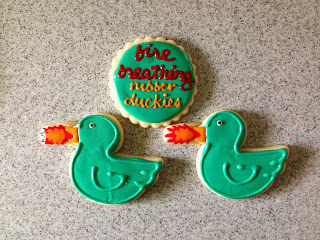 and as i worked on those, the bean wrote little illustrated notes for each of her teammates. 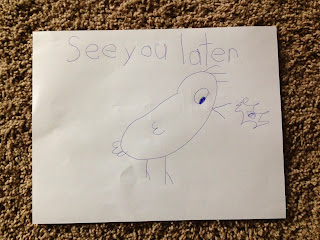 at the party, the coaches handed out awards to the girls.  the bean was given the "coaches' award."  i liked that they cut up the banner so that the girls could each have the section with their name and number on it, with the handwritten note from the coach.  really sweet. 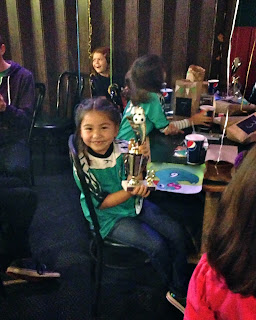 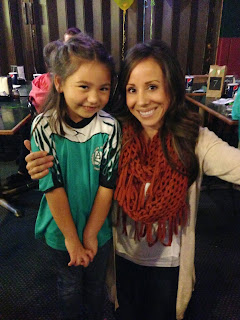 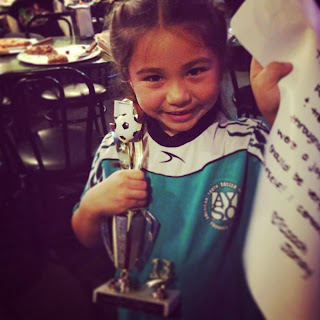 because she seemed to like it and improved so much from the first practice to the last game, we're going to try out a local club-type organization for a winter soccer season.  this one is smaller, with more concentration on individual skills, and i'm excited to see how much she learns.